During the TWS retreat I was so anxious that I babbled for the first two days, then started calming down by Tommye’s class on the 3rd and 4th days, a class that I’ve been trying to take in one form or another for a couple of years.. But I was still anxious and burst into tears twice, once from hurtful behavior that I overreacted to, and the second time from sheer kindness that was showed to me. (I was probably a bit cranked up on steroids too.) I got some good ideas for design work though. The design exercises weren’t new to me, but getting Tommye’s perspective of what works in tapestry was valuable. And it was fun to just play with pieces of paper. Maybe once I finish the lake tapestry I will do some of these at a larger sett with larger yarns. 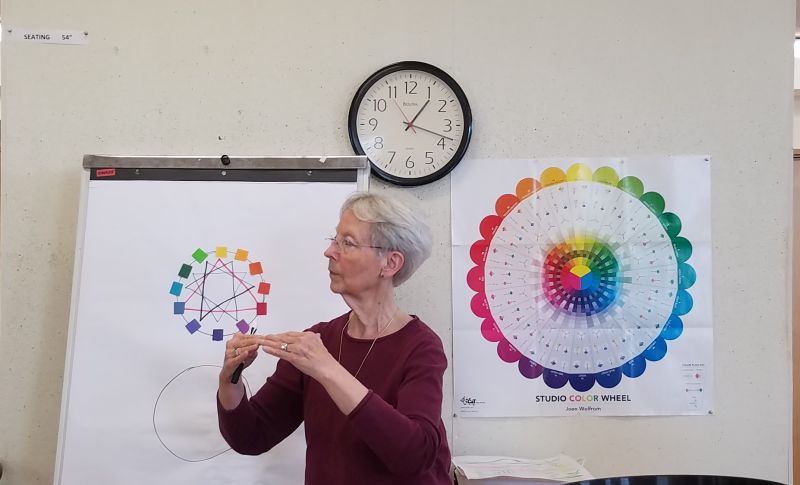 I really enjoyed having a meal at Southern on Main and at the Angry Troll Brewery on Main St., and I even considered renting a studio space in the Chatham Mill that Foothills Art Center is renovating, right there next to the Yadkin Valley Fiber Center on the second floor. It was so tempting, but I know that I won’t have the time or energy to drive a little over an hour to Elkin even once a week. If I lived 30 minutes away, I would be all over it. Elkin is a cool little town near Stone Mountain State Park, and it is drawing more artists and foodies and nature loving types. In Mayberry land, from the Andy Griffith Show (note the sign that points to Pilot Mountain in the top photo).