View of downtown Denver as we flew in

Going to Colorado to see my aunt and cousin and doing a bit of sightseeing has become an annual event for me. I love Colorado and its climate and its beauty and its skies and its mountains and its rivers and its plains. I’ve never been there except in June and September, so I’ll admit that I’ve probably seen it at its best. 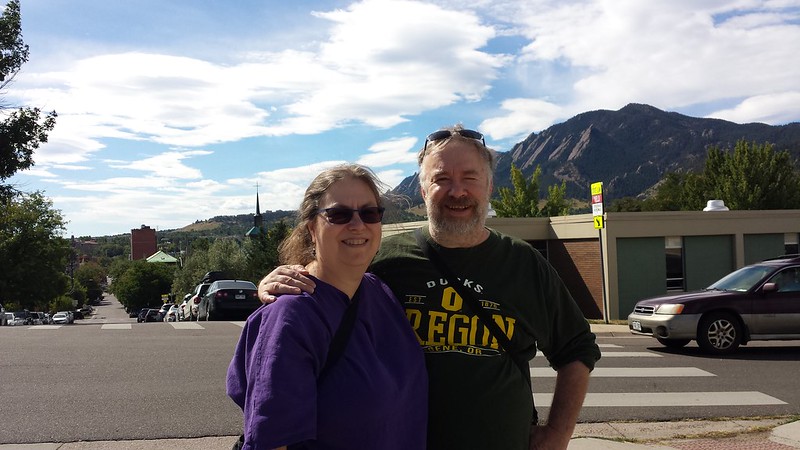 This time we came in late on a weeknight so we took a bus to Boulder and stayed at an AirBNB hosted by an astrophysicist who was the most helpful, accommodating, interesting host I’ve ever had. We took her out for a late dinner, ate breakfast with her, and she and I really connected over early morning coffee. She walked with us halfway to downtown, and explained the way that the sun’s image is projected through the leaves in a tree (or other small spaces) onto the sidewalk, much like a pinhole camera. The round spots are images of the sun. 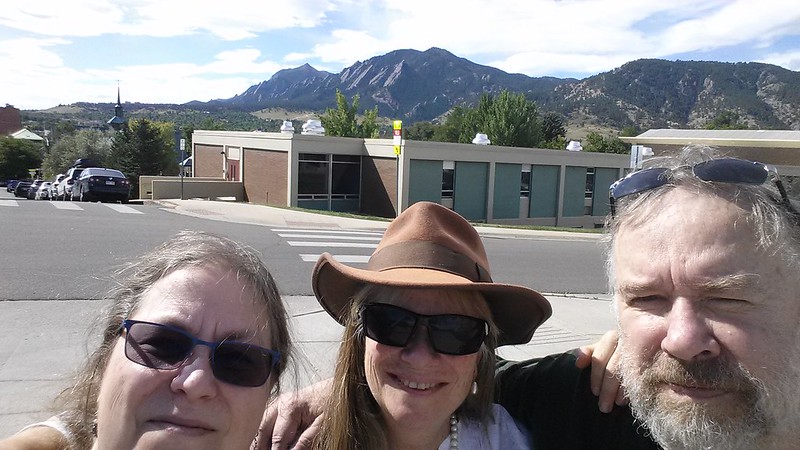 Then we walked down to the Pearl St. Mall and moseyed around the shops. I bought a used copy of Frederick Franck’s Art As a Way: A Return to the Spiritual Roots. We had a drink at Foolish Craig’s, where I got this random photo of the ceiling. The phone camera was on the bar pointing at the ceiling and I happened to notice that it had captured something that I like a lot:

We tried to go back for a meal on Sunday but they were too crowded. Downtown Boulder has lovely gardens, fun statues and shops, and art deco architecture.

I wish that Boulder and the general area was not so expensive…I would move there in a minute if I could afford it.

Later we both had a grilled peach stout at West Flanders Brewing, then we took a bus to Broomfield where we joined our family for dinner for my cousin’s birthday and stayed at my aunt’s apartment that night and the following morning. (See next post.)