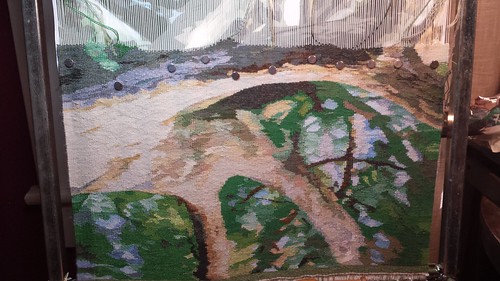 It’s been so long since I posted I had to go back to July and figure out what I’ve already written about. Here is the end of August approaching swiftly and I wonder where the time went. I guess I’ll start where I left off.

I’ve been living in my head a LOT in the past six weeks. A couple of friends passed away and it really made me think about how I would like to live and be remembered. When I was in high school and the first go-round in college, I was undiagnosed and self-medicating for depression and anxiety. I was neurotic and obsessive-compulsive and had some kind of romantic view of being a victim of unrequited love, although in hindsight I had plenty of boyfriends and dates and certainly distributed plenty of pain from my side. There was a girl in high school that I was extremely jealous of because she held the attention of a boy that I had a crush on, who I dated now and then but couldn’t seem to capture as a steady boyfriend. The thing was that I really liked this girl a lot, even though I wanted to hate her. One day it occurred to my addled teenaged mind to consider what it was that I liked about her, and how I could learn from that. I remember it so clearly as perhaps the first mature adult thought that I ever had, at the age of seventeen. 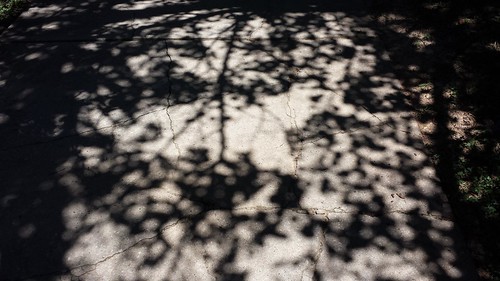 That’s what I focused on when Chris and Gaylor died on the same day. I read the comments online from their friends and got more perspectives of the ways they connected with others. Chris was a friend from my early-mid 20s, a musician who was simply a joy to be around. I didn’t really know Gaylor in person. She worked in the library here and I first met her because she read this blog. After my struggles to come to peace with my darlin’ Squirtley Dirtley dying of kidney failure and what I felt was my failure to recognize his suffering earlier, and the loss of Mama Kitty only six months later, I received a print-out of a funny twisted story by Margaret Atwood called “My Cat Goes to Heaven” in the mail with a short note from Gaylor. It was a wonderful gesture and probably the most perfect response to my grief that I’ve ever received.

I don’t quite understand why I am not more freaked out about the state of the world, but I know that it partly has to do with Chris and Gaylor. And that girl from high school. And learning to find gratitude and presence in the moment and place I am now living. And probably a little bit of credit should go to medication. 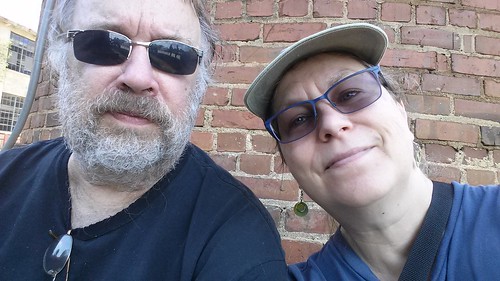 One development is that I may be looking at gallbladder surgery soon. I have an appointment with a surgeon tomorrow. Now I believe that the problem I had getting over that food poisoning or stomach flu or whatever I had in early July was a gallbladder attack, and residual pain from that. I lost seven pounds in five days and I’ve read since that a rapid weight loss can cause gallstones. In early August I had a gallbladder attack bad enough and long enough for me to get Sandy to take me to the ER in the middle of the night. I was pretty sure what it was because of Sandy’s experience with them – I took him to the ER a couple of times before he had his removed. My pain eased after about 30 minutes in the waiting room so I left without seeing a doctor there. Boy, am I glad that I didn’t have that medical bill to deal with! I had an ultrasound later, and yes, my doctor said that she saw small gallstones and indication of gallbladder disease.

It’s easy surgery, as much as anything can be easy surgery, so I’m not too worried about it. If it means that I don’t have any more attacks and I can eat ice cream again, I’m all in. 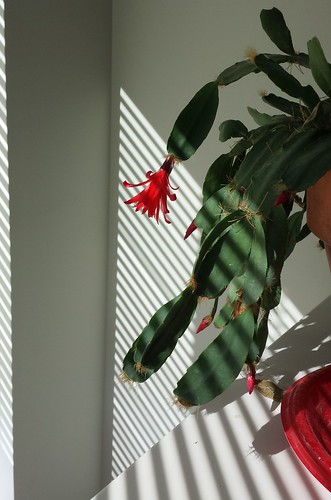 At the same time, I’ve been trying to heal my neck and shoulders, and I finally saw an orthopedic doctor and had x-rays taken. I’m so glad, because he told me exactly what I hoped to hear. No major problems, a slight narrowing in one disc where a nerve is getting pinched or irritated, and he believes that it is due to my posture when sitting at the computer all day. A visit to one of the physical therapists there resulted in exercises to stretch and lengthen a muscle group in the back of my neck. I have lowered my monitor screen and will be getting a new office chair. In the meantime, I am much more aware of my habit of leaning my head on my chin, especially toward the end of the day, and tilting my head slightly back to look at my screen. And my tapestry when I am home. The massage therapist almost eliminated my shoulder pain. I feel like I am well on my way to solving this health problem I’ve had for two years!

Not everything has been about my health, although that’s been my main focus. I started weaving “Cathedral” again, although I have to take a lot of breaks and it is slow going. I decided not to buy the big tapestry loom, at least not any time soon. 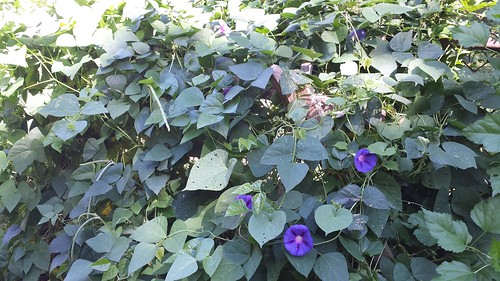 In the Back Forty, those volunteer field peas have produced enough that I had enough to cook a pot full and freeze a pot full for later. The weather turned quite cool for this time of year, especially yesterday and today as we are between Tropical Storm Harvey moving north and another tropical depression turning away from the NC coast. Because it hasn’t been brutally hot here, my butterbeans set flower again and are producing their second harvest of the season. The fig tree produced the biggest crop ever this summer, and they are done. I dried and froze some, and Sandy and I made a jam with honey and orange juice that we have in the refrigerator now. The second planting of Roma and Juliet tomatoes are doing better, since I put them in the ground with Epsom salts and soil that I’ve nurtured over the last several years. I’ve been drying most of those. 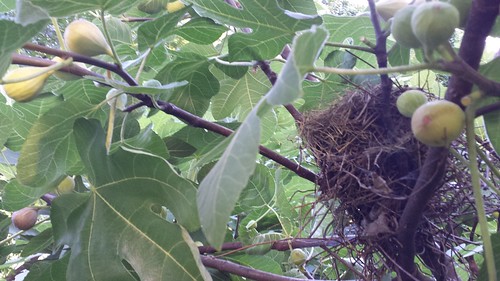 I just got a small lightweight greenhouse kit from Pinetree Seeds, taking advantage of a sale. I’m going to raise a few veggies in it, then move it over the blueberry bush in June just before the berries turn red. Hopefully I’ll get some berries for myself this year, and hopefully it won’t blow away in a storm! I’ll tie it down good and vent it. There’s a chain link fence I can probably use to help anchor it. Also thinking about permaculture more. How I might be able make my space more productive and low maintenance at the same time. I have to look after my body first. 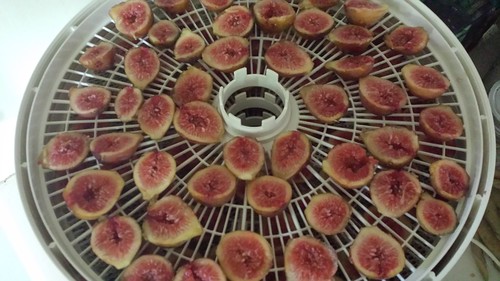 In the back of my mind, I am preparing for the worst, whatever that might be. I have put away bottles of sterilized water for emergencies, and I have a box of food and emergency supplies. I’m considering buying a solar powered small generator with a couple of solar panels, but I’m waffling on it. The time to do it is before you need it, I know. I am still nowhere near being prepared for a catastrophe, but I’m also trying to keep my credit cards paid off.

I love my front porch so much now that it is screened in and the weather is cooler. It makes me happy. I have a smile on my face just thinking about it. I extended the front garden about three feet over onto my absentee landlord neighbor’s property, with a stone pathway and pine needle mulch, no plants. I hope this buffer might save it if they decide to use herbicides to take care of the mess that is taking over there. 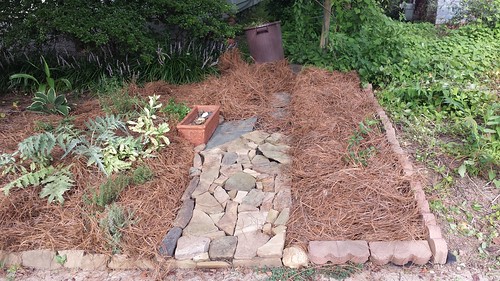 We went to see Lyle Lovett and His Large Band at the beautiful Carolina Theater here. Oh, how I love him. 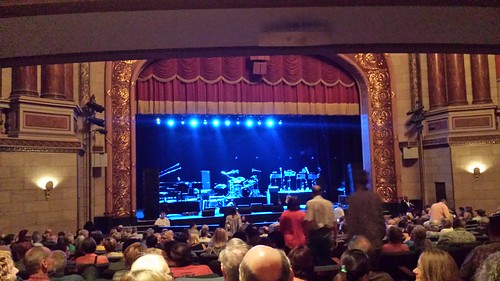 The big eclipse was a disappointment here in Greensboro, North Carolina. It was supposed to be at 93%. Instead, a stray storm decided to sit on top of our city for about exactly the length of the event. I still got some photos, and will share in another post.

In a few weeks, we are going to take a long weekend to see my aunt and cousin in Colorado. My aunt is turning 90 this year, and I love her dearly. She has Alzheimer’s, but is still at the point that she can live on her own. Alzheimer’s is a scourge on my family and one of my greatest fears. I’m looking forward to having a good visit with them. We’re paying for the flights through credit card miles and the rest of the voucher I got for giving up my seat a year ago.

I guess that’s enough for now. I’ll scatter a few photos throughout for visual interest, but mainly I just needed to write. Just remember, 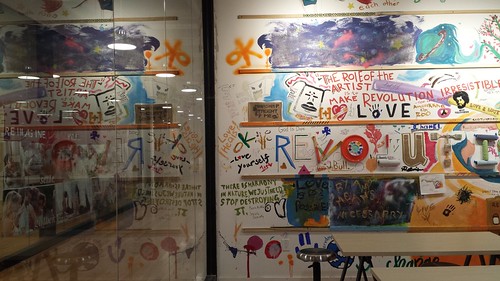