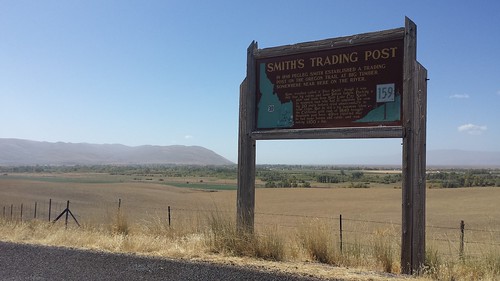 There seemed to be historical markers about the Oregon Trail or California Trail or Mormon pioneers everywhere we went. I like the way Idaho paints its historical markers. Our metal ones might hold up to all kinds of abuse (and we saw one marker in Idaho that had been destroyed by a wildfire) but the metal ones with just type are so boring compared to Idaho’s artful markers.

We crossed back over the state line to see Fossil Butte National Monument, near Kemmerer, Wyoming. The visitor’s center was extremely interesting, with a timeline that led from the beginning of geological history up to the present, beginning as you drove up the road. The spatial aspect of it was mind-blowing. I am fascinated with geology but if I studied it for long my head would explode. Seriously. The fossils within were excellent too. A nice follow-up to our trips to four other fossil-related National Monuments in the last five years. 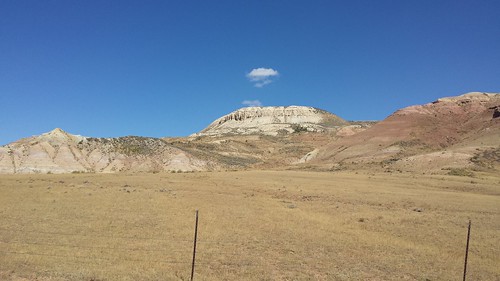 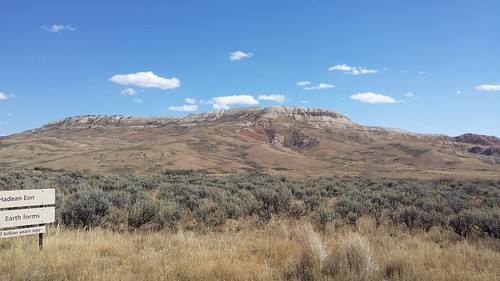 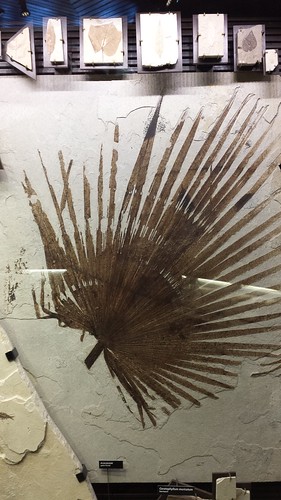 We didn’t spend long here. We needed food and we had turned our thoughts to returning home. A side trip to Kemmerer filled our bellies at a sweet little diner on the main drag and then Sandy wanted to take the quickest way to Salt Lake City, so instead of the scenic route, we took Interstate 80, where the speed limit was 80 and every big truck in the area was zooming through. The wind was up and I can say that this was my least favorite part of the trip. I had a death grip on the wheel while Sandy napped, and then he awoke to watch me drive a long fast descent into Utah. There was a time when a drive like this would not have been possible for me due to panic attacks. I am a flatlander from the swamps of coastal Carolina. But I’ve gotten a lot of experience driving in the past ten years so I did not relinquish the wheel. I would not choose this route again if possible. 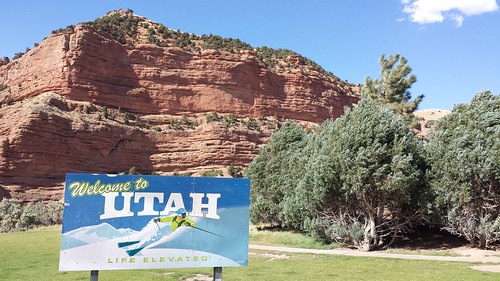 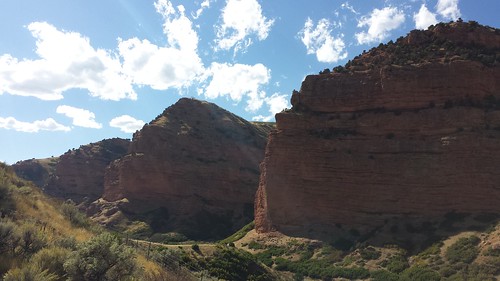 We ate at a chain restaurant because no independent restaurants nearby were open on a Sunday night, and stayed at a chain hotel. Early in the morning, we returned the rental car. We drove around Salt Lake City airport three times – what a confusing place! Our plane stopped on the runway and returned to the gate because of an engine problem. One man insisted on getting off the plane. I think he was scared. But the engine was repaired and we made it to Phoenix in time to catch our connection. Southwest delayed its flights to give us a little more time, which was nice.

Flying into Raleigh Durham Airport, we didn’t know what to expect. Our car smelled dank, but it was fine. The pilot had said that the storm had moved to our west, but the drive home wasn’t bad. My friend had cooked us dinner. We had a great time, but we were glad to be home and see our kitties. 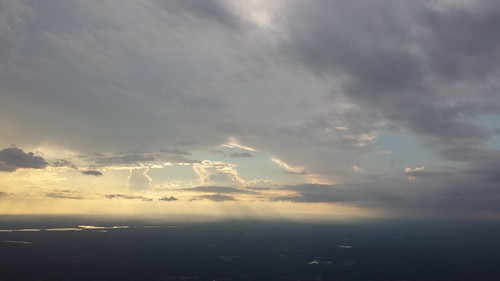 Now where will we go next?