Sunday was supposed to be the day that we explored the Jurassic Coast UNESCO World Heritage Site. It was a major reason I chose Exmouth (which is at the southern end) and it would have fulfilled a quest to visit as many UNESCO sites as possible wherever we travel, as well as Sandy’s fondness for fossils and my love of sea cliffs and beach walks. However, it didn’t happen. We just couldn’t do it. 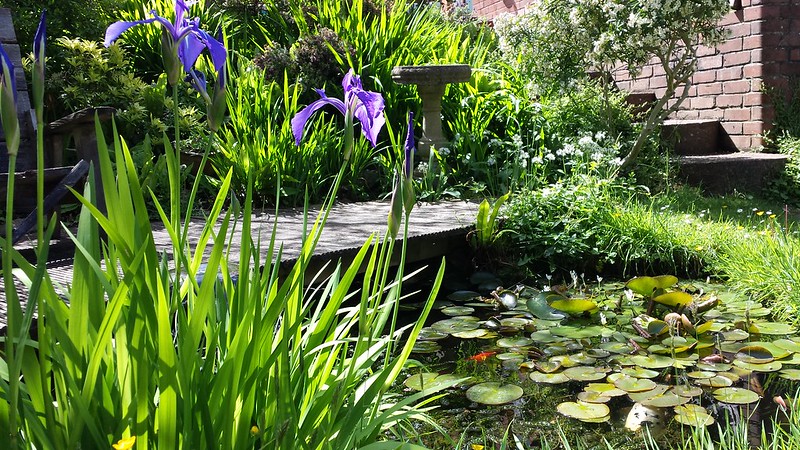 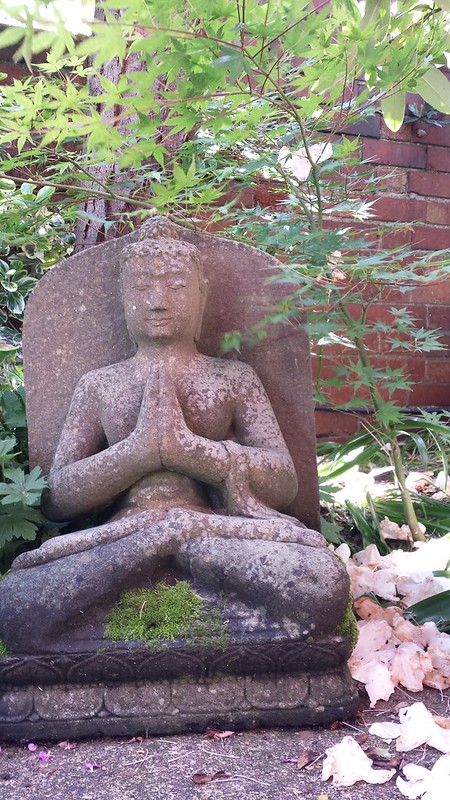 Our hosts, upon seeing how exhausted we were, suggested that we take a down day, sleep, do a load of laundry, and hang out in their beautiful back yard. Their children were there and they went out with them that morning and early afternoon. When they came back, they invited us to eat a mid-afternoon dinner with them and their family. It was a lovely restful day, and as you can guess from these photos, it was just my kind of place, made complete with Esme, the grumpy cat. 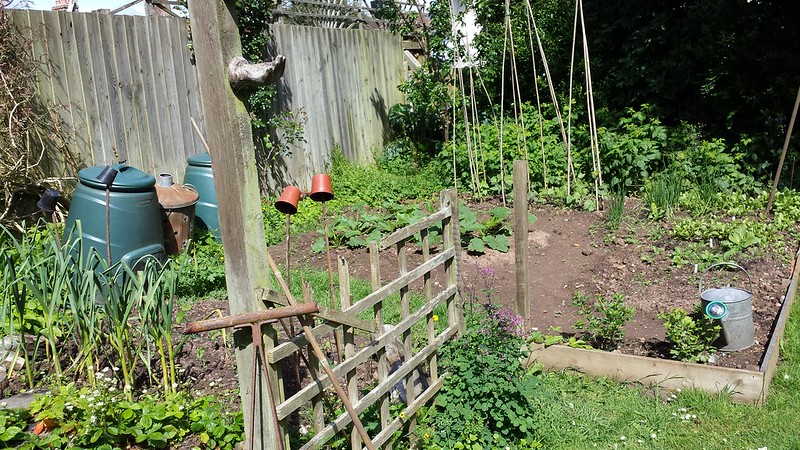 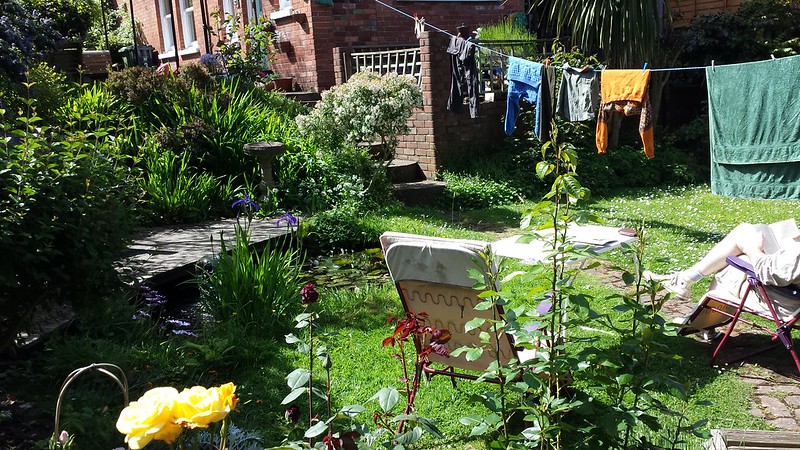 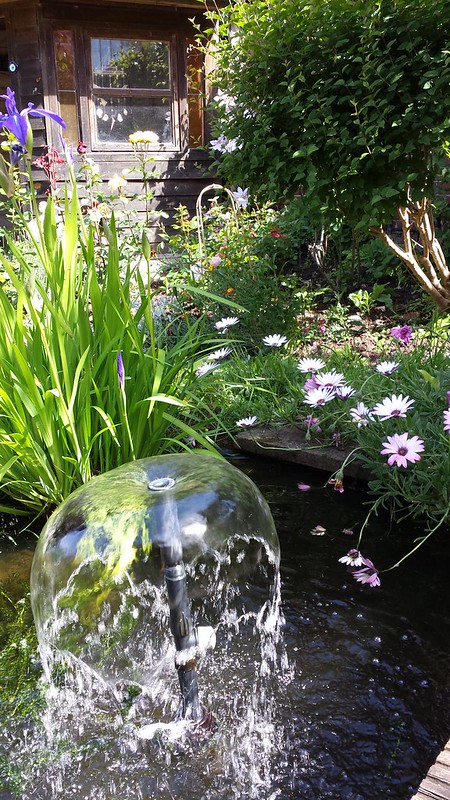 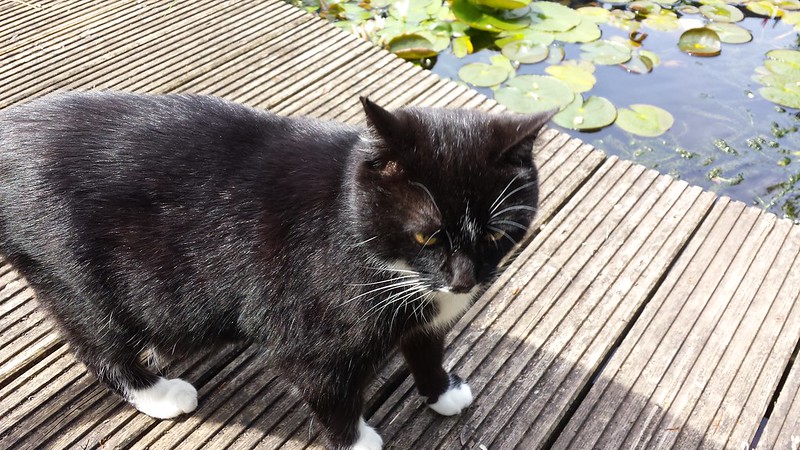 Late that afternoon (and it gets dark late in England, so we had a long evening) we walked down the beach and watched the kite surfers, collected pebbles, ate some ice cream, and enjoyed the sunset. We stopped at the Powder Monkey to eat a hot dog and I finally found a local brown ale, Hobgoblin, by Wychwood Brewery. On the way back I insisted on stopping at the Bicton Inn for one last delicious Titanic plum porter.

Yeah, I could see living here. 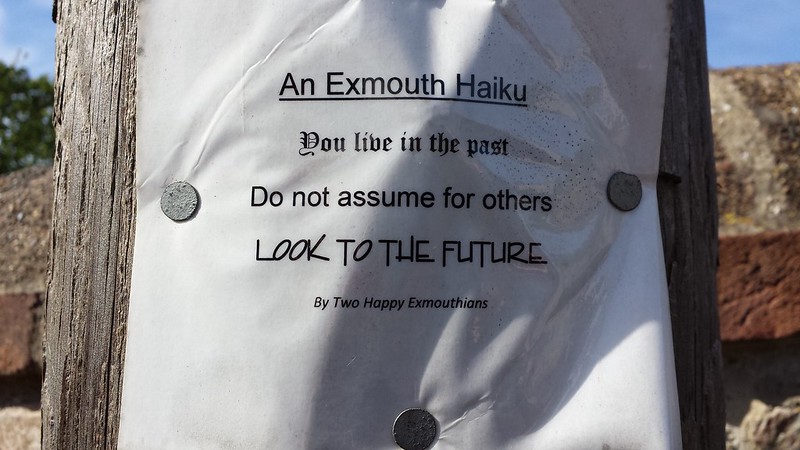 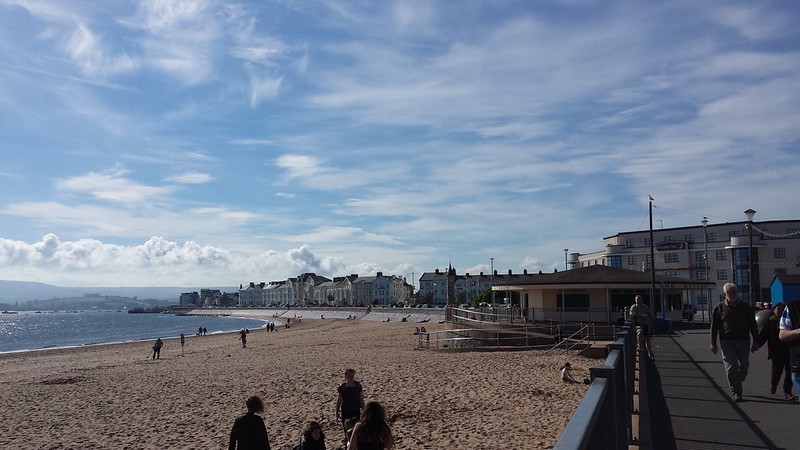 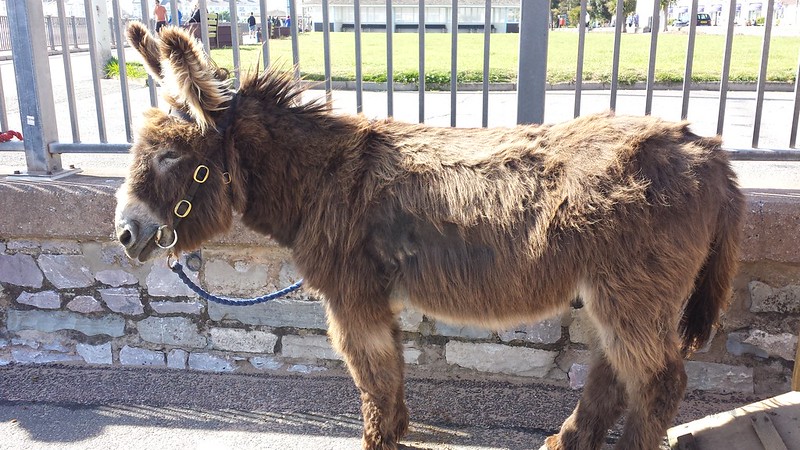 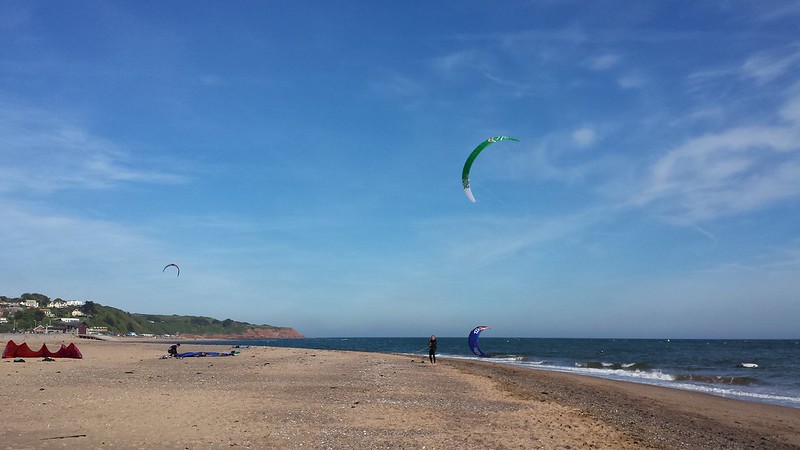 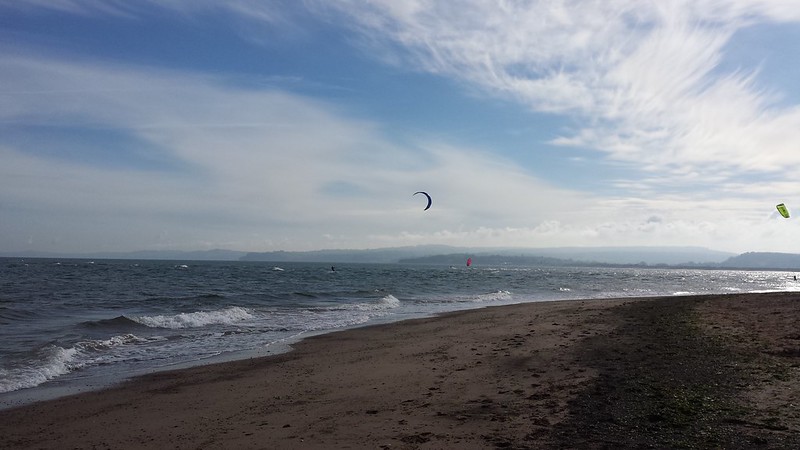 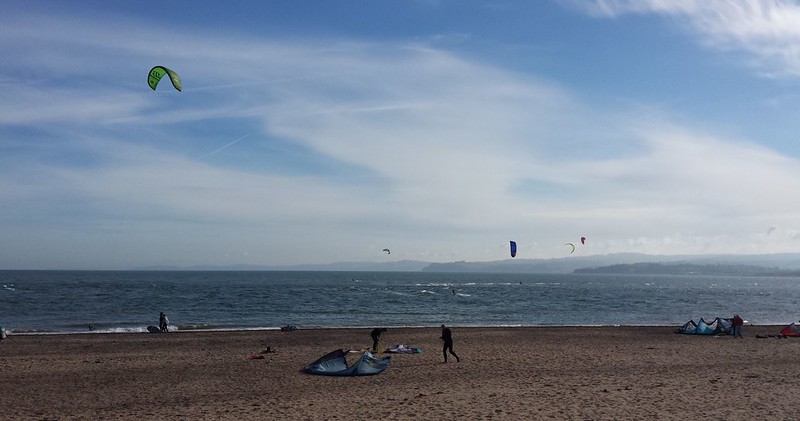 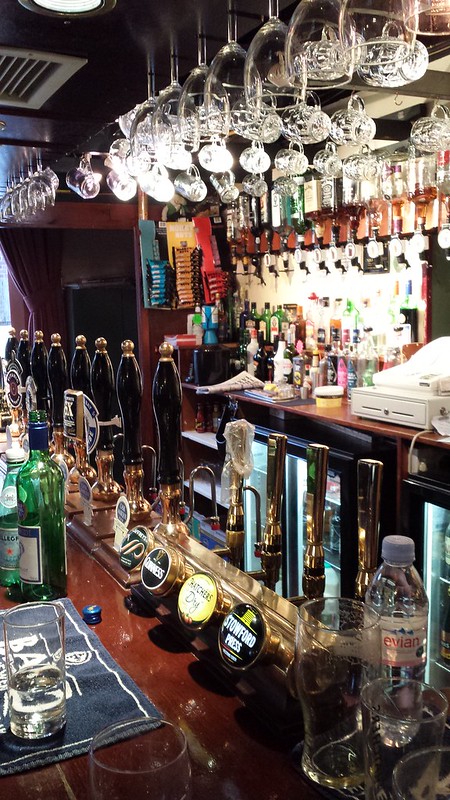 ^^^The bar at the Bicton Inn 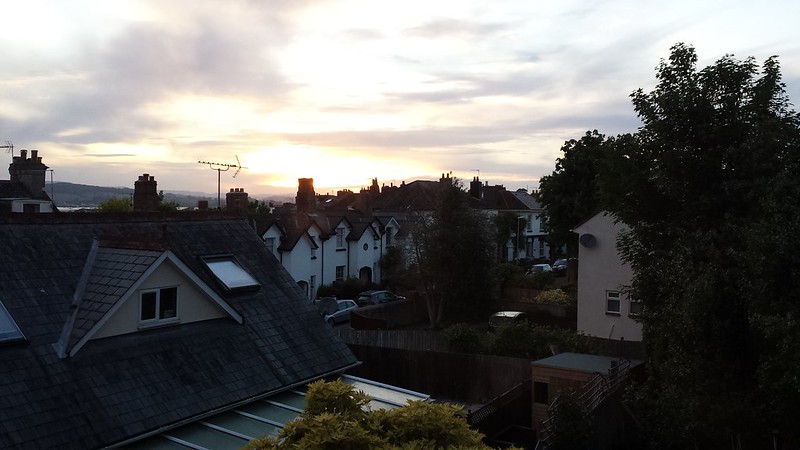 ^^^Sunset from our bedroom window. That is the Exe river mouth just over the rooftops. 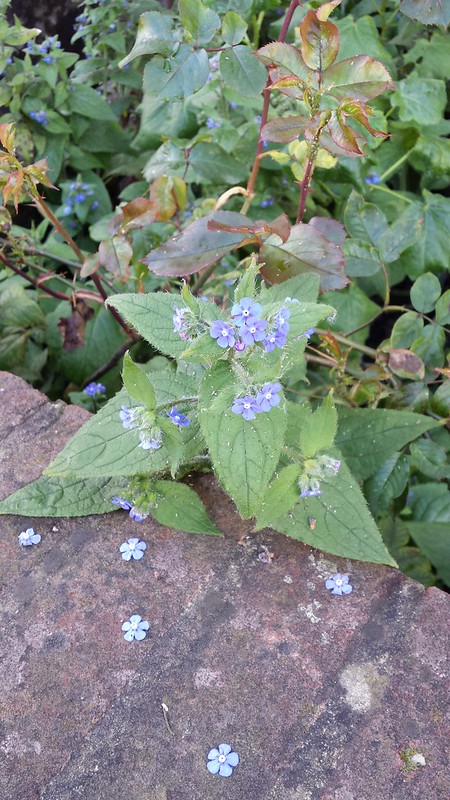 On Friday, we ate one last breakfast at Charlotte Guest House, loaded our packs, and took the Tube to Paddington Station, where we got on a train to Exeter. I wish I had taken a photo of the train station at Paddington, because it was different than others I’ve seen, but we got on the train so quickly that I didn’t get a chance. Here’s a tip – if you travel by train in England, the cheapest fares during the day are mid-day.

It took a couple of hours to get to Exeter. We couldn’t find seats together, but once someone noticed us talking down the aisle, she offered to switch seats. The scenery was beautiful and we both found a conversation between two older men beside us, one Irish and one English, interesting. They were strangers, struck up a friendship as we traveled, and we got to hear them discuss liberal politics. One said, “I realize that it is quite indiscreet to talk to a stranger on a train, but I’m very glad we had this conversation.” The other got up, bought them both a beer, and you could tell that they would probably get together again.

It reminded me of a conversation I had with an elderly Japanese woman on the train on the way to D.C. for the People’s Climate March. I generally like to be left alone on a plane or train, but by the time I got off Amtrak that day, I wished that I could ride with her all the way to her home in Maine. We could have been great friends – she was fascinating and we clicked right away. Maybe we should all give these random seatings on planes and trains a chance. It might save the world.

Anyway, once in Exeter, we took a bus to the airport and picked up our rental car. I had a reservation for a compact car, the cheapest one, because after our experience in Ireland five years ago I knew that small would be better. I was willing to pay extra for GPS, because having a map of those roundabouts is extremely helpful. However, the agent was excited about the upgrade he had for us. It was a small Nissan SUV, and it had all the bells and whistles: heated leather seats, GPS, sun roof, diesel. Candy apple red. Beautiful car, for the same price. We should have turned it down, but we didn’t. 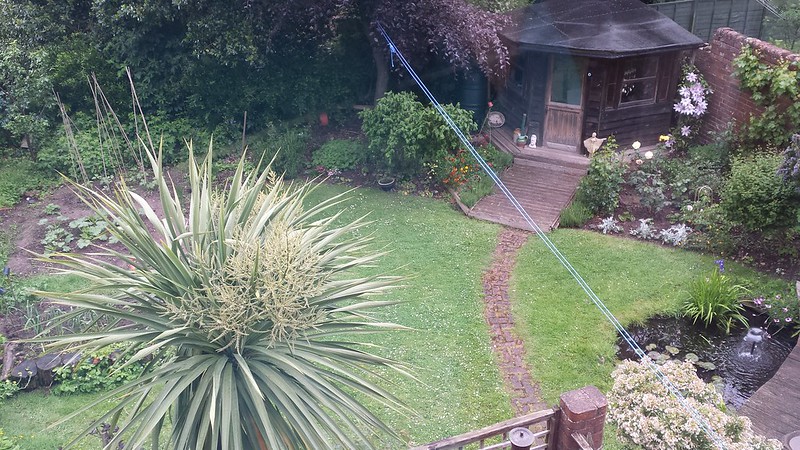 ^^^View from our bedroom window at our AirBNB rental.

After a couple of wrong turns we rode through the countryside south to Exmouth, the harbour town at the mouth of the Exe River on the English Channel. The AirBNB home we chose was perfect, the hosts were friendly and fun.

That evening we walked down through a gorgeous public garden and to the walk along the strand. There was a rainbow over the English Channel. 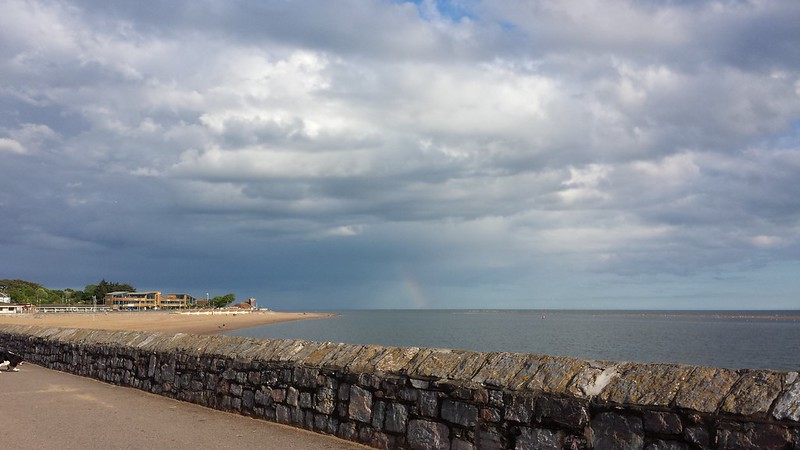 Dinner was at the Grove, where you ordered food at the bar and took a spoon with a number on it for your table. They found us upstairs, where Sandy had the beef stroganoff special and I think this is where I had salmon. Dessert was Cold Apple and Rhubarb Amaretti Crumble, Custard with Clotted Cream. Clotted cream is one of the regional foods around here, somewhat like cream cheese. We sat on the balcony for a while and watched the seagulls. 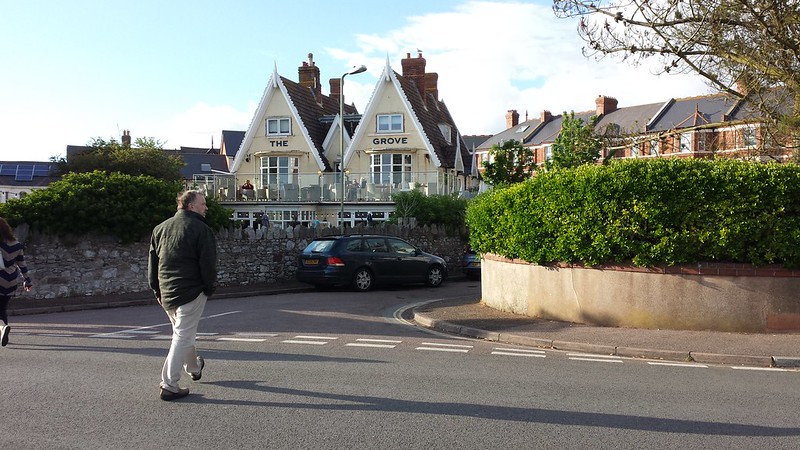 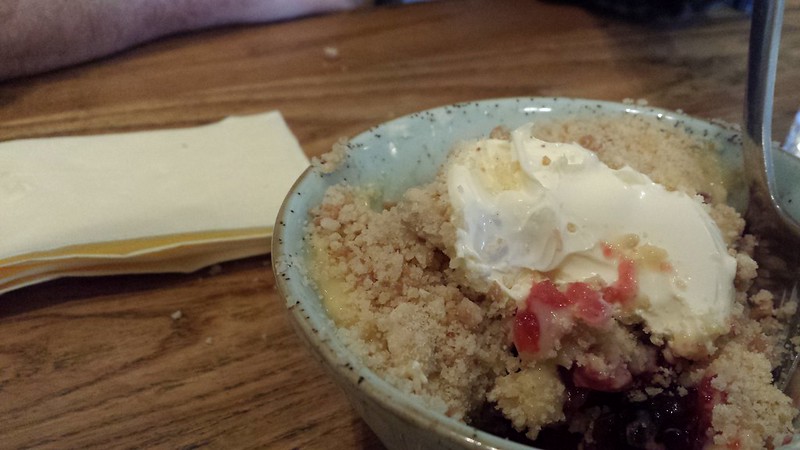 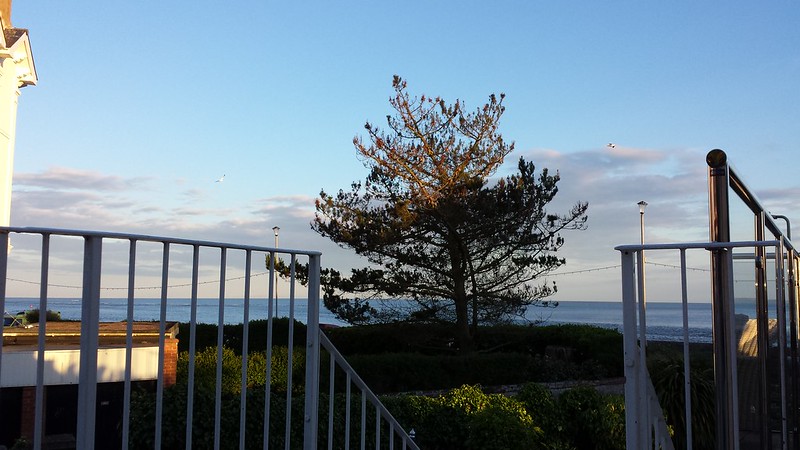 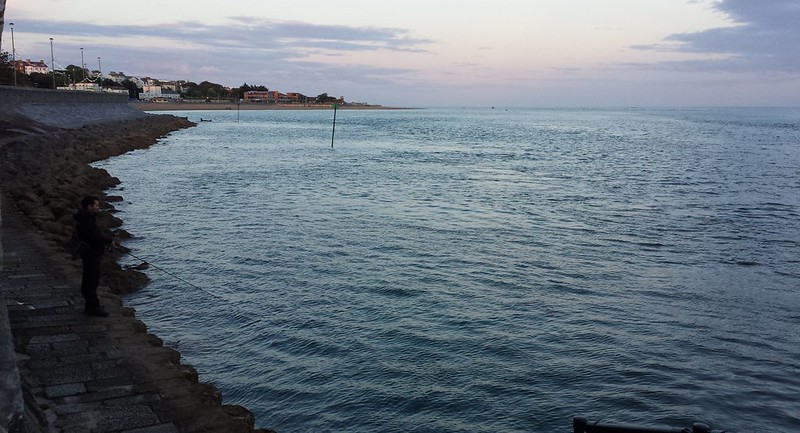 On the way back we stopped at a tiny local pub on a back street that the hosts recommended called the Bicton Inn, where I had the best porter, no, best any kind of porter or ale or beer or stout, I’ve ever tasted. (It gets better in my memory, I think.) And I have tasted a LOT of dark brews. You can’t get it here, of course, and it was the only place I saw it in England. Titanic Plum Porter. I’d go back to Exmouth just to drink it again.