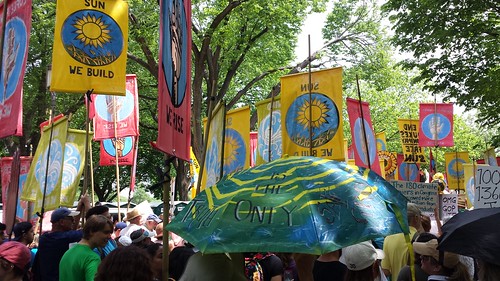 Playing a bit of catch-up here before starting my next big photo essay on our trip to Ireland and the United Kingdom. With everything going on, I never posted about going to the People’s Climate March in DC on April 29, so here goes before I forget it. The photos are in no particular order. 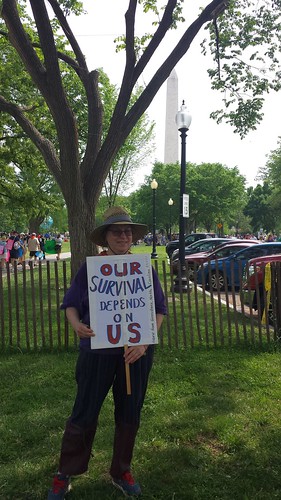 It was a day of record-breaking heat for that day in Washington, D.C. Unfortunate for us heat-haters, but appropriate for the theme of the march. I got on Amtrak’s Crescent train from Greensboro in the wee hours of the morning, because the plan was to go there and back with no stop overnight. It was the cheapest, most painless way to go for just one person. It also seemed appropriate to take public transit.

Part of the plan was to sleep on the way there, but the train was meat-locker cold. The snack bar sold blankets. I was trying to travel light since I had to carry everything I brought, and I was damned if I was going to give in to what seemed to be a way to exploit passengers for extra money. So I read in the cafe car and had breakfast in the diner car, which wasn’t bad and was enough to get me through the rest of the day on granola bars. 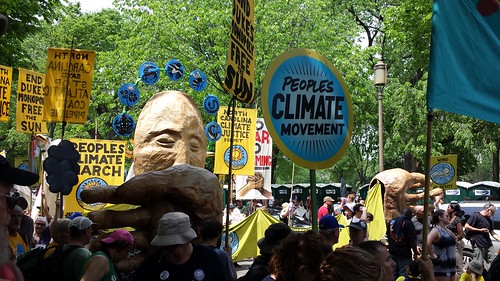 I was surprised that there were not more people going to the march on the train. As we got closer, more people got on with signs, but I found that a lot of people weren’t even aware that a big march was happening in DC. There were exceptions, such as the couple who traveled all the way from Alabama and back the same day on the Crescent. 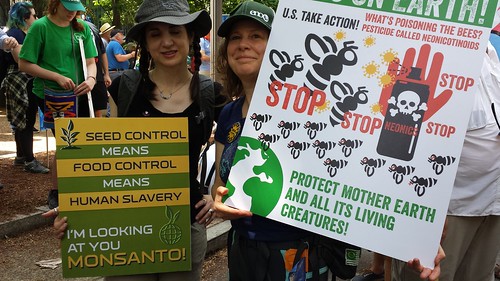 A friend was supposed to meet me there but I had not heard from him since his original proposal that we march together, so I texted him that it was okay and I didn’t mind being alone. As if I could be alone in that huge mass of people! I could have marched with any group, but I was looking for my local chapter of the Sierra Club, since one of my goals is to reconnect with them this year. I never found them, but once I gave up looking for them, I realized that I was happier doing this on my own. I could stop and rest, take photos, wander away, change direction – I was absolutely free! 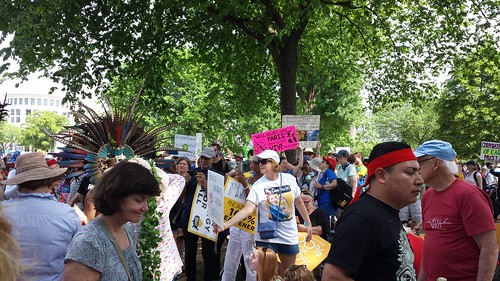 The march was divided into groups such as spiritual leaders, indigenous peoples, educators, health workers, and environmentalists. I fell in somewhere in the middle with the environmentalists behind one of the North Carolina groups that collaborated with the Paperhand Puppets. When I wandered around looking for my group (who chartered a bus), I found people had come from all over the country. It was uplifting and suddenly I was happy that I made the effort to be there. There were marchers much older and younger than me, and marchers in wheelchairs and using canes. 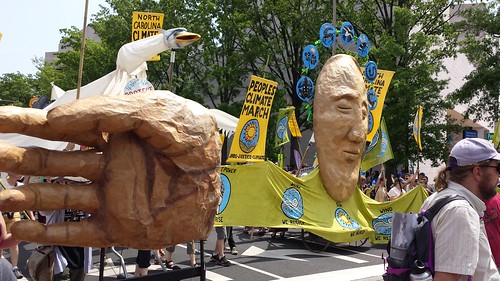 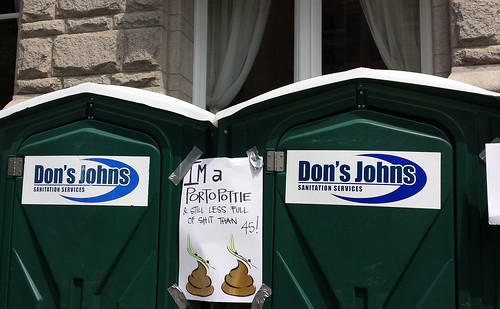 Somewhere along the way I bought a $3 bottle of cold water, took a couple of sips, and then poured the whole thing over my head and upper body. I felt much better after that. However, I didn’t march all the way to the White House. When I saw marchers sitting under the cool shade trees on the Ellipse, I joined them. 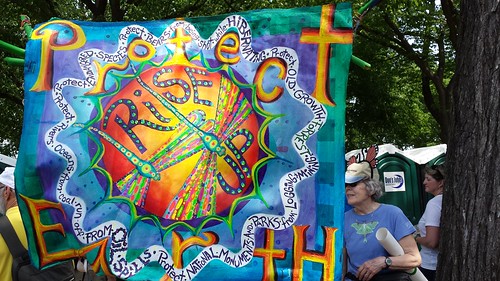 Deciding that I had done about as much as I physically could, I walked back by the Washington Monument and donated my sign to be used in a giant display spelling “Climate Jobs and Justice” on the lawn there. I heard that Twitler flew over it that afternoon. I doubt he looked at it.

The above photo was taken from the People’s Climate Movement Facebook page. 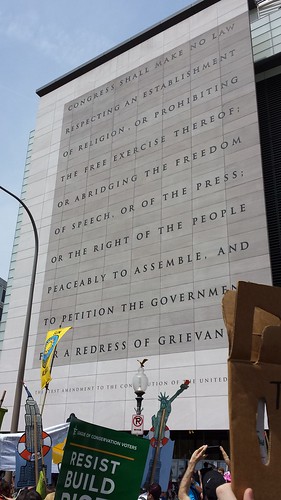 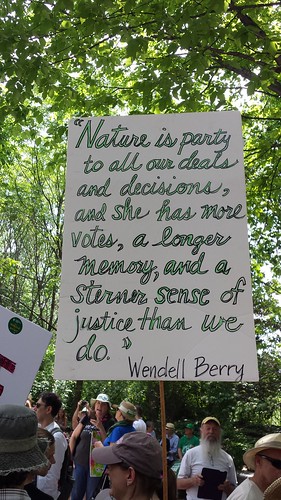 I stopped at the National Museum of the American Indian for a beer and a macaroon – mainly to rest my feet before walking on to Union Station to catch the train back. It’s my favorite Smithsonian museum. 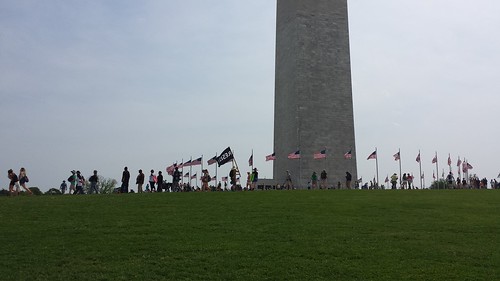 A selection of photos from the Women’s March on Washington, D.C. For more photos, click a photo and it will take you to my Flickr site. 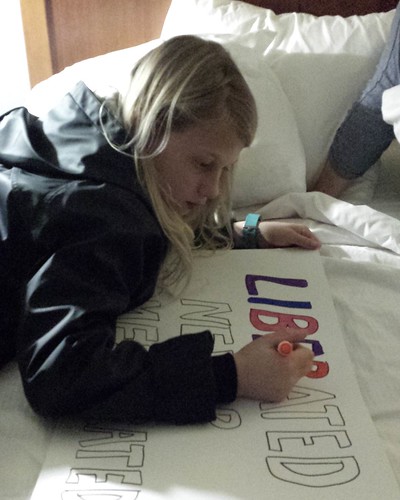 ^^^Making the posters the night before. 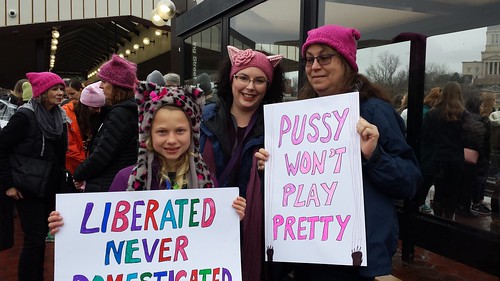 ^^^Waiting to get on the Metro in Alexandria. It ended up being pretty awful. We were crushed after the second or third stop and got off the train at a station where they were managing the crowds better. The way back was better. 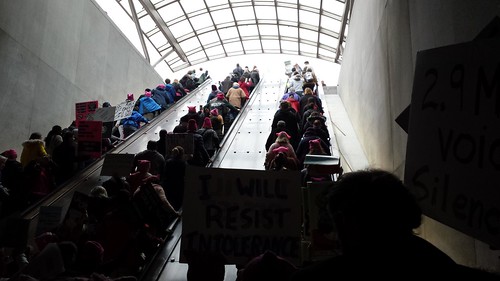 ^^^Trying to get out of the Metro at L’Enfant Plaza. 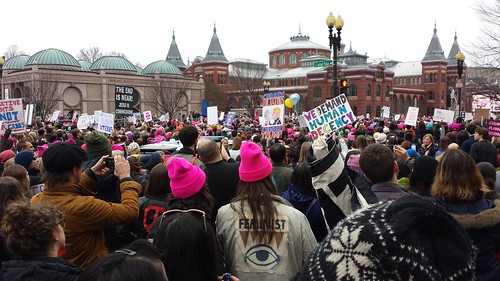 ^^^Where we ended up before we crossed Independence Ave., found a bathroom in the Freer-Sackler Gallery, then joined the march on the other side of it. There were people everywhere and we couldn’t see past the people around us and so everyone just moved toward the White House. 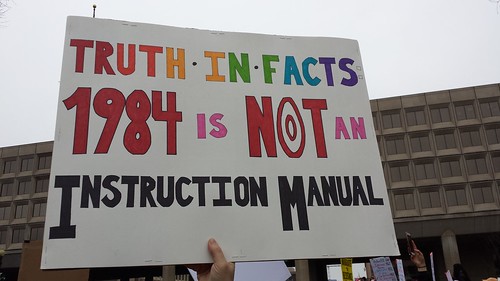 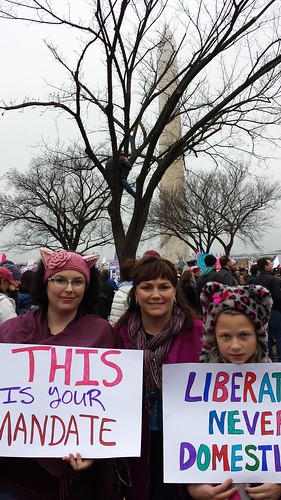 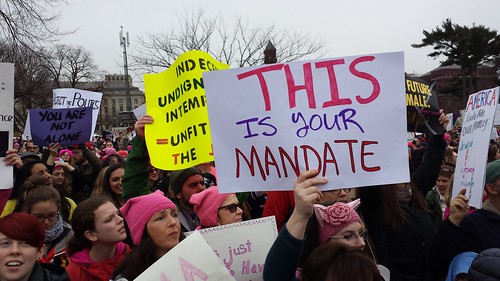 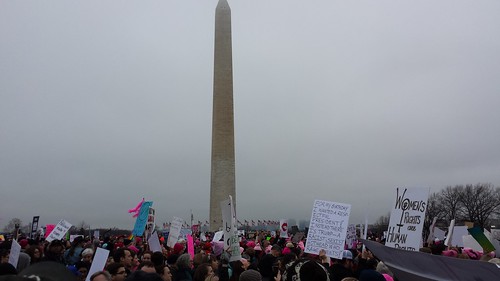 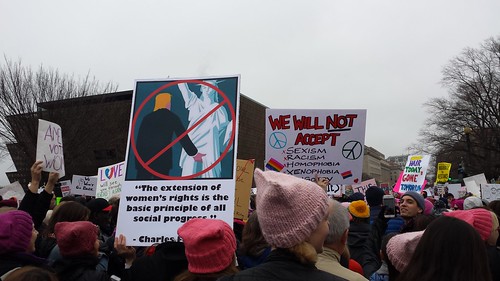 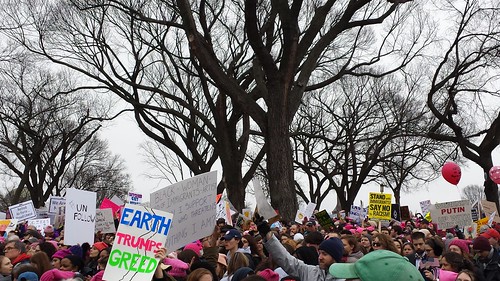 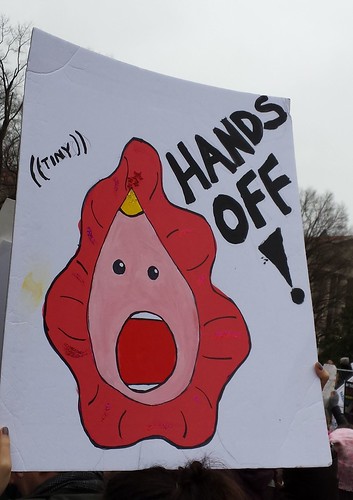 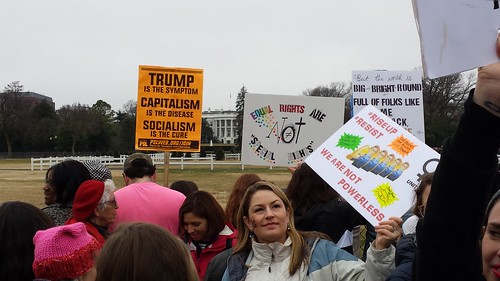 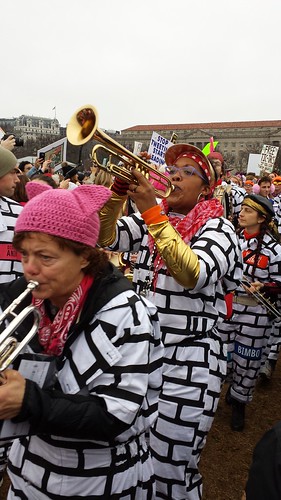 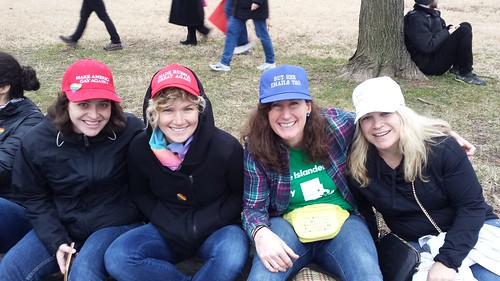 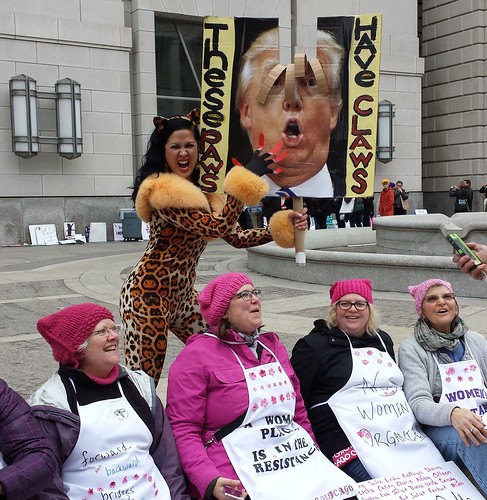 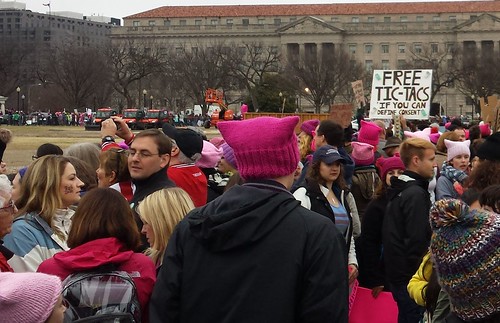 ^^^My favorite sign (so many to choose from!) was “Free Tic-Tacs if You Can Define Consent.”

We took Carty to the Air and Space Museum for an hour then had a much better Metro experience on the way back. 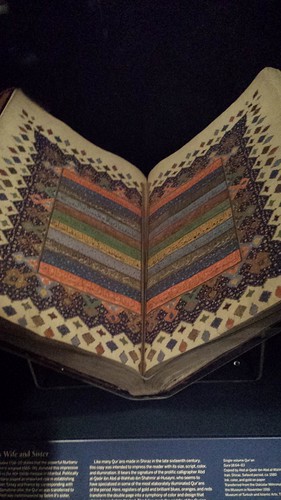 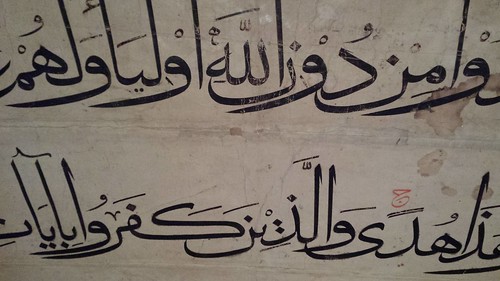 ^^^After we checked out of the hotel on Sunday we rode the Metro back and went to the Museum of the American Indian and the Freer-Sackler Gallery to see the “Art of the Qur’an” exhibit. Beautiful manuscripts! I know manuscripts and they were the BEST manuscripts! One of them was HUGE! 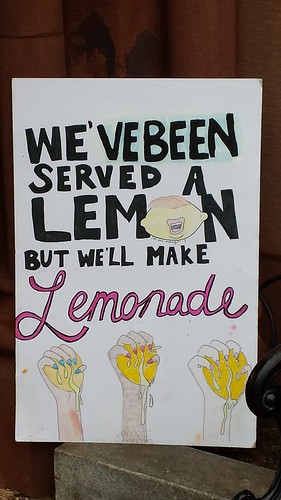 ^^^Some people came back out and left their signs on Sunday.