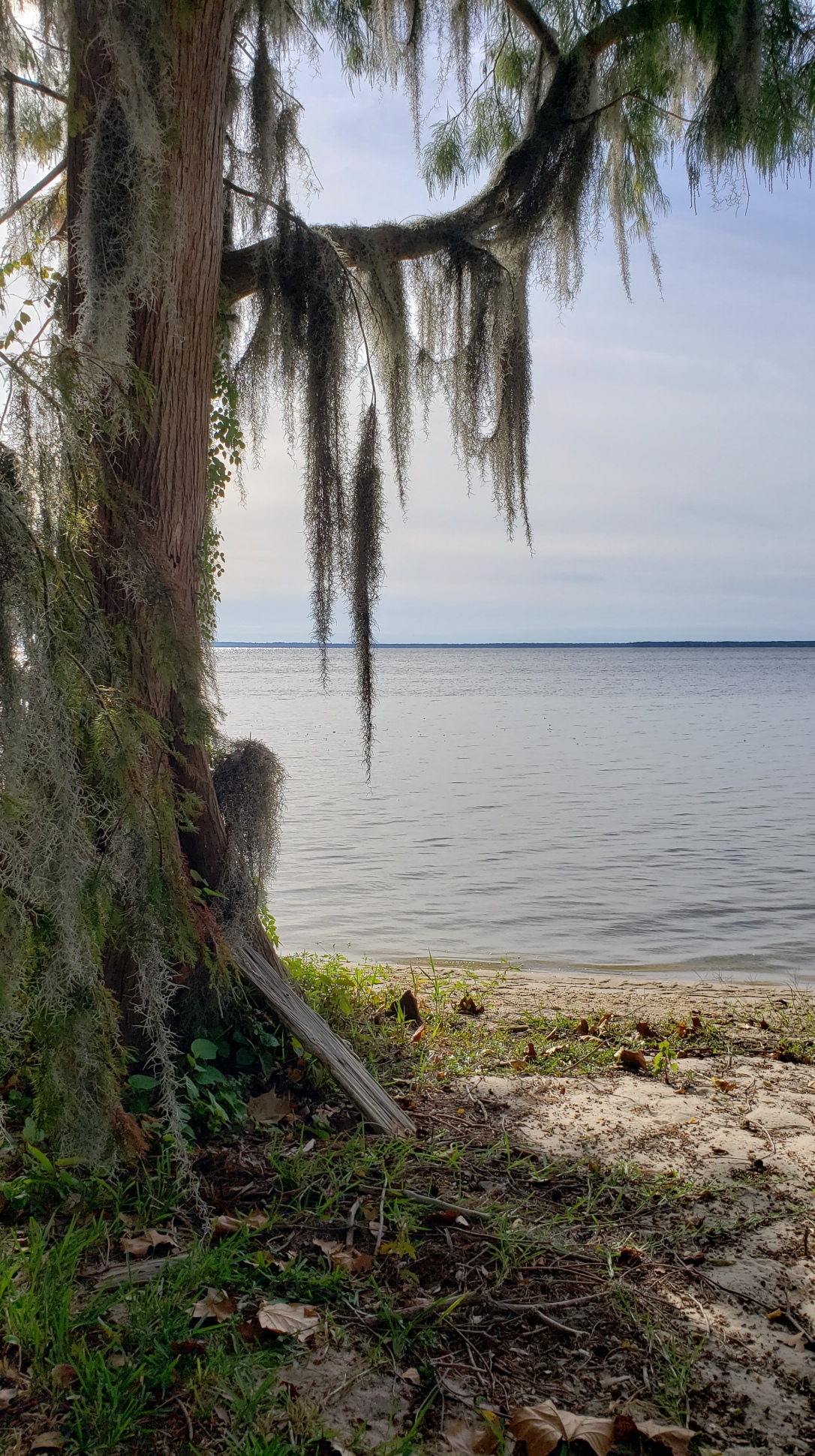 Sandy and I drove down on Tuesday morning, and I have kept a close eye on Hurricane Ian. Eastern North Carolina has had its share of flood events from hurricanes this time of year. We are not terribly concerned about it right now, but we have learned the hard way that hurricanes can trick you and punch your lights out just as you relax. 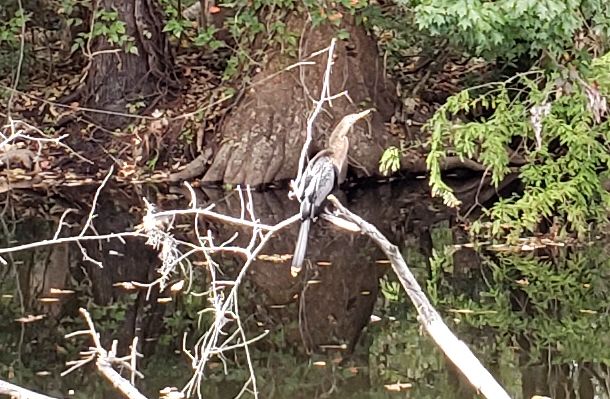 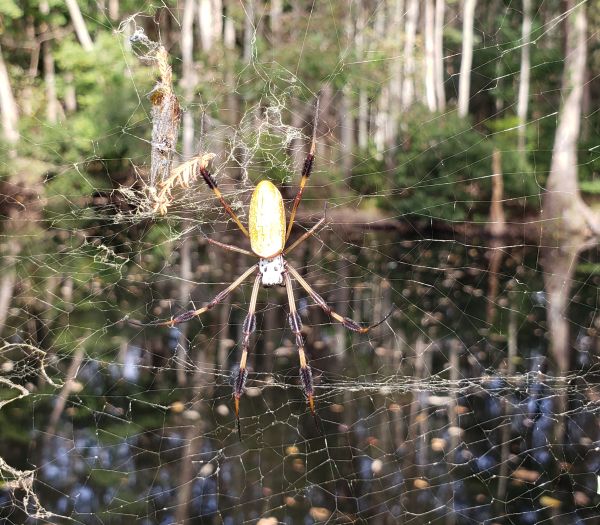 We’ve had very little breeze until this morning. On Tuesday it was warm enough to sit in the lake for a while, and we spent some time outside yesterday, but it was so still that the bugs were beginning to find me. Once a blackfly bit me, I hauled my butt inside. I’ve seen only one alligator in the canal, but a few turtles and two beautiful large herons. This is the time of year for large spiders to weave their webs. As I’ve taken my walks along the canal I’ve stopped to say hello to a couple of them. The abundance of spiders at the lake is the reason I don’t invite friends who I know are arachnophobes. Sandy and I have no issues with spiders as long as they are not bothering us. 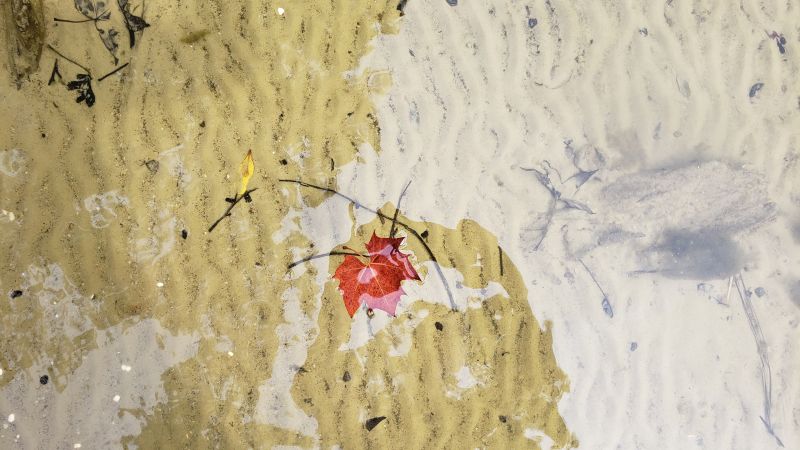 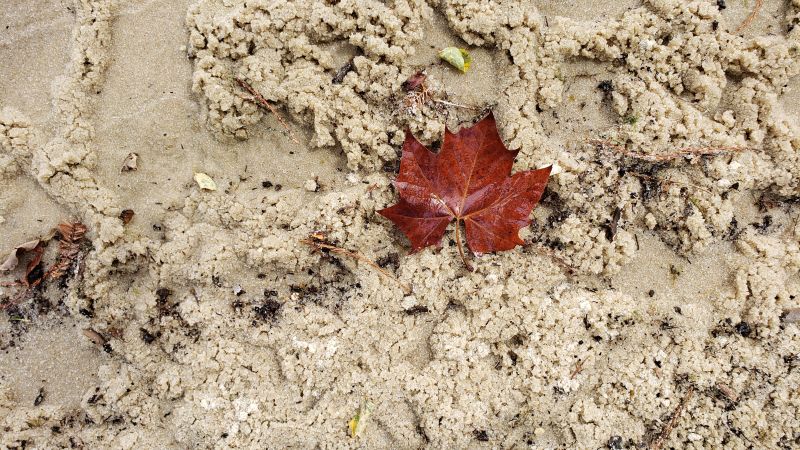 Today the wind is gusting, and the rain is expected to move in tonight. Several inches are expected. Fortunately the lake is extremely low and it should be able to contain plenty of storm water, but the issue will probably be water standing on the ground.

I’ve been cat-sitting my feline niece and nephew while my sister and brother-in-law took a short trip to Murrell’s Inlet. My sister’s screened porch is filled and surrounded with flowers and birds. Rascal is rascally, Sissy is tiny. I adore both of them. 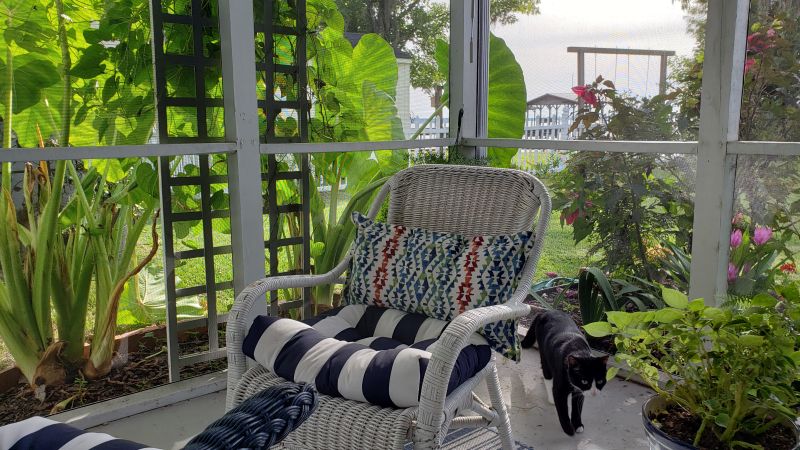 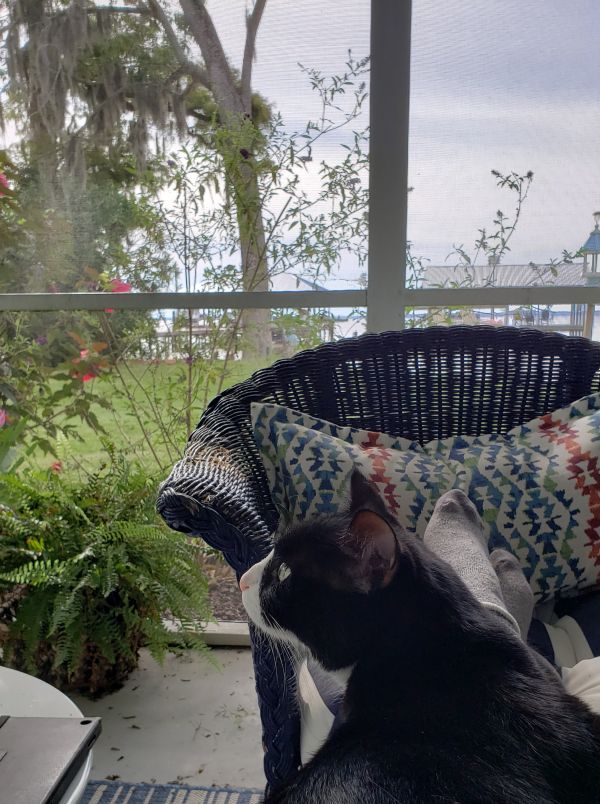 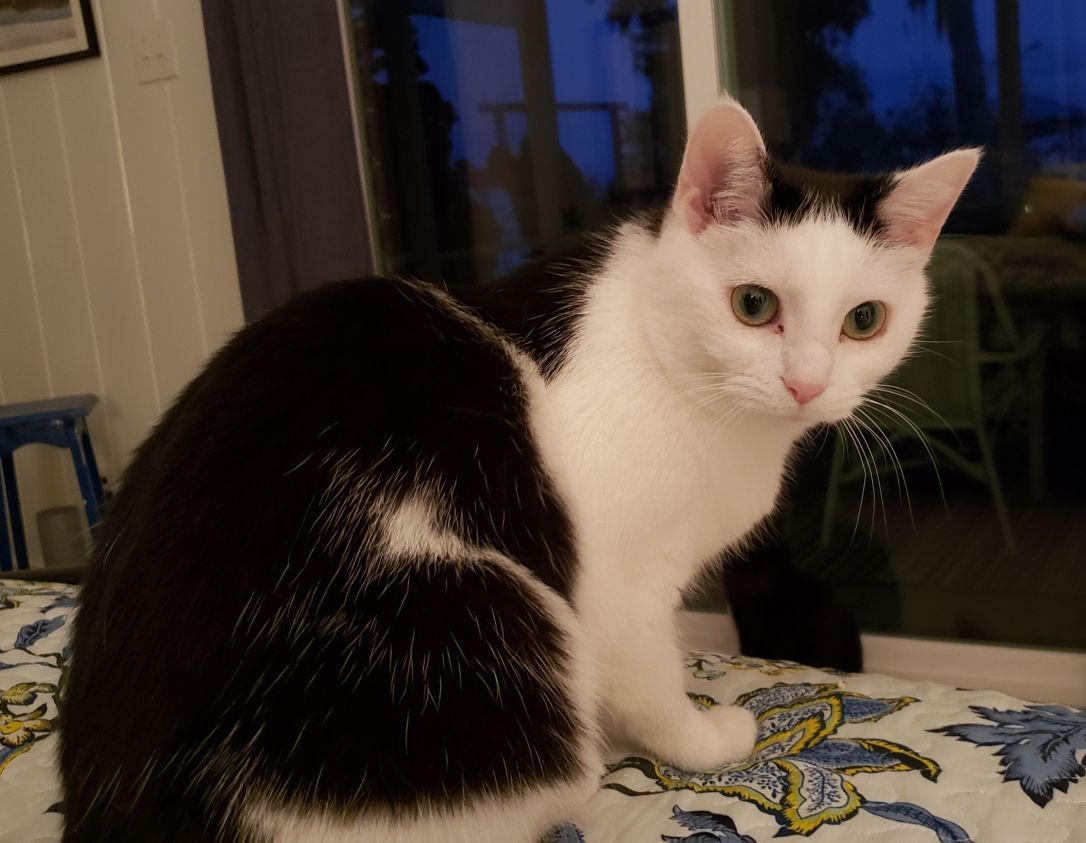 (I really hope I don’t have to rewrite this post again. Here goes the second version:)

Tuesday night we ate seafood at Dale’s in the screened porch with a view of the lake and the sunset. At first I said out loud that it looked like we wouldn’t get much color that evening, but the reds were some of the reddest reds I’ve ever seen. It was spectacular but I didn’t get a good photo. I made sure that I was on my sister’s pier the next night and the sunset was amazing; more pinks and purples this time. 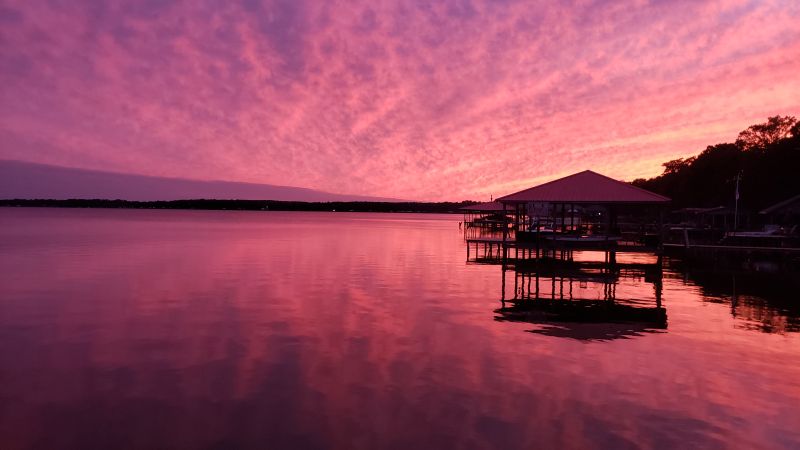 I brought my postcard sized collaborative tapestry to weave for the Tapestry Weavers South show in January. Each of us was assigned (or chose) a letter and the only requirements are the overall size and the size and color of the letter. Well, I forgot to pack my black yarn, but I’ll weave up as far as I can without it. I’m enjoying the cheery primary colors. 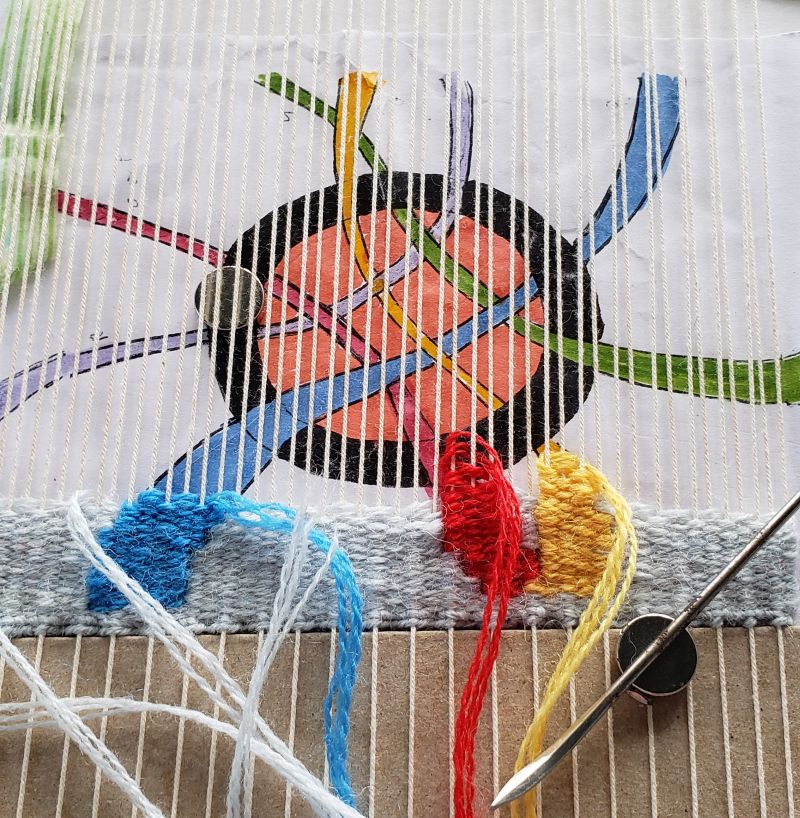 Looks like we are going to stick it out here through the weekend. The worst should come tomorrow, with several inches of rain forecast. The lake is very low and should contain it, but I still expect that some water will come into the house. Hopefully the wind will stay at tropical storm level or less.