Well, there won’t be anything exciting in this post, as you might guess. But it is a tradition for me.

In January, I only posted once, on New Year’s Day, with my aspirations for the year ahead. Of course, nobody could see what was coming. Sandy retired on Dec. 31, so this was his first year of retirement. I moved my studio from the front room to the dining room and bedroom, and the front room became our living room again. This meant that I purged a lot of stuff, but of course, it has still not been enough. 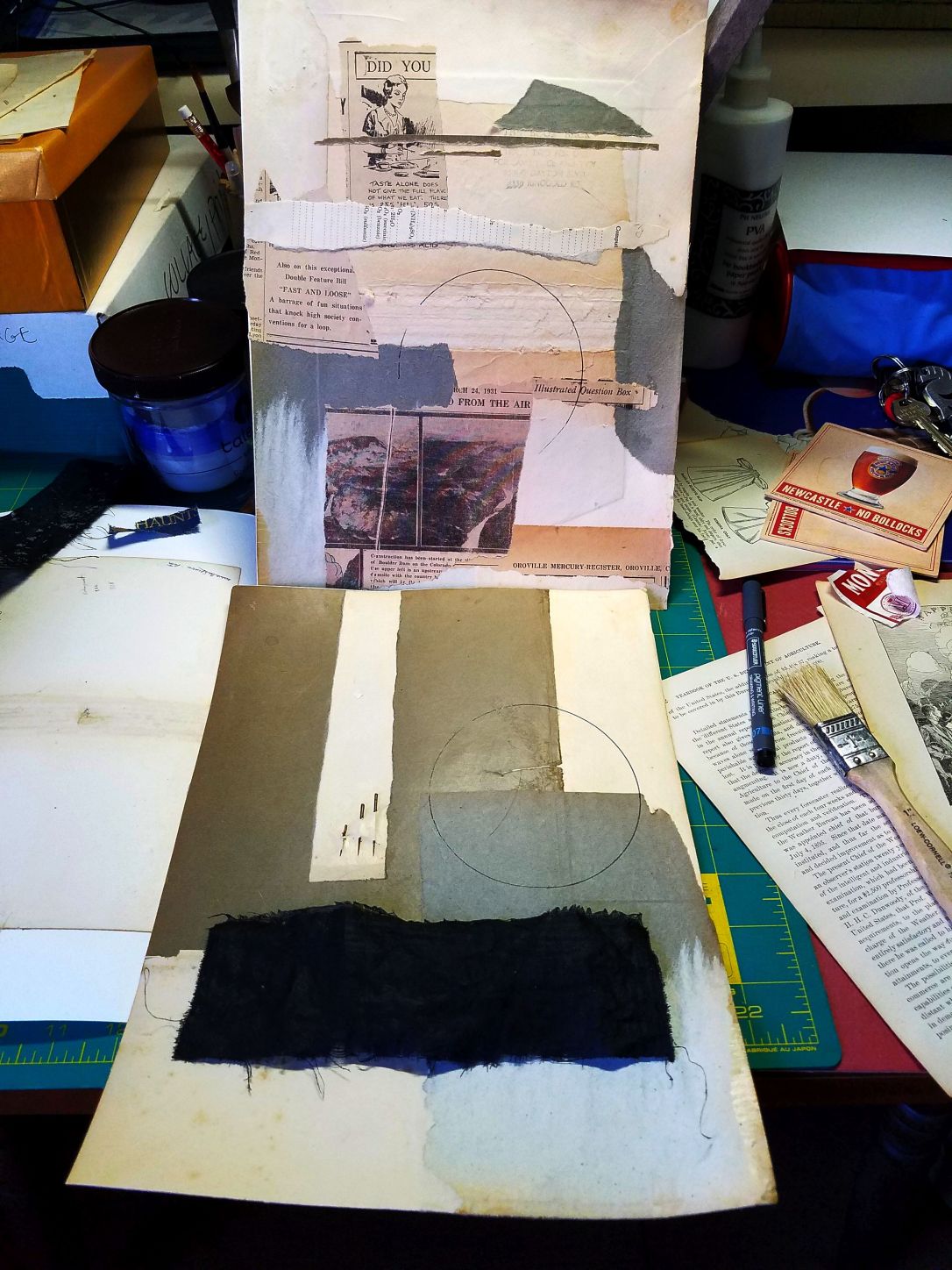 In February, I posted a lot! I was really into collage, and was traveling to Chapel Hill to meet with a small group from the Triangle Book Arts group who were doing an online class with Melinda Tidwell. I was also working on a caterpillar tapestry for the ATA Renditions exhibition, an unjuried small format tapestry exhibition done in conjunction with the Handweavers Guild of America’s Convergence every two years. I was getting together with new friends that I made through the Tiny Pricks Project. I was also very depressed, but that’s nothing new, especially in an election year. We saw Gordon Lightfoot in concert. We voted for Bernie. I got a haircut in February, and unfortunately rescheduled my massage appointment because I felt sick. I haven’t had either since. My friend Jeanne expressed concern on Facebook about her husband getting pneumonia. It turned out to be Co-vid. 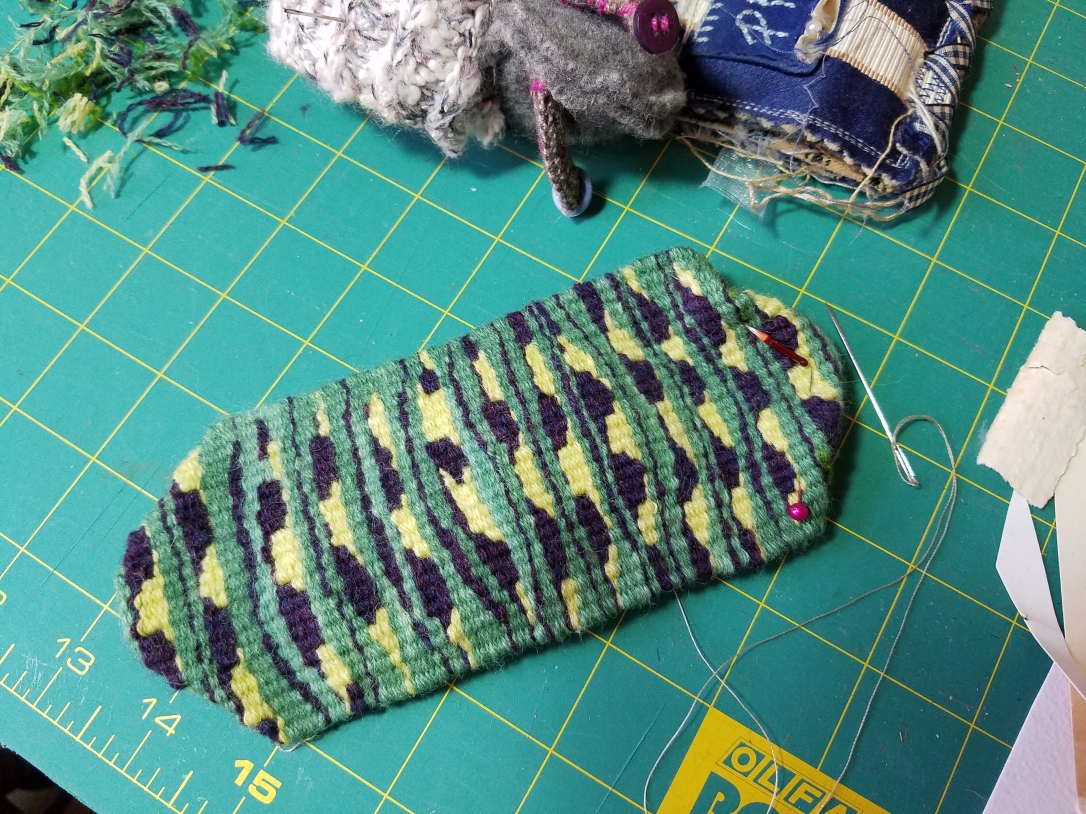 March 2020: The shutdown. I finished the caterpillar tapestry and was still going strong on the collage. We went to our last social outings for a long time: a seafood dinner at Full Moon Oyster Bar and an Irish band at Oden Brewing. Then UNCG and the state of North Carolina shut down for several weeks to allow the health system to catch up before the full brunt of the virus got ahead of their capabilities. I started working from home on March 19. Diego had major dental surgery. I was trying to start seeds inside. At that point I still hoped that I’d go to Ireland even though the retreat had been rescheduled to 2021. The Topsail Beach workshops and Convergence in Knoxville were still on. I thought that I’d be able to get a lot of artwork done and did some online Facebook activities with Crystal Neubauer.

Jeanne’s husband did not make it. His death from Co-vid made me understand secondhand how terrible this disease was, both on the person and on their loved ones. 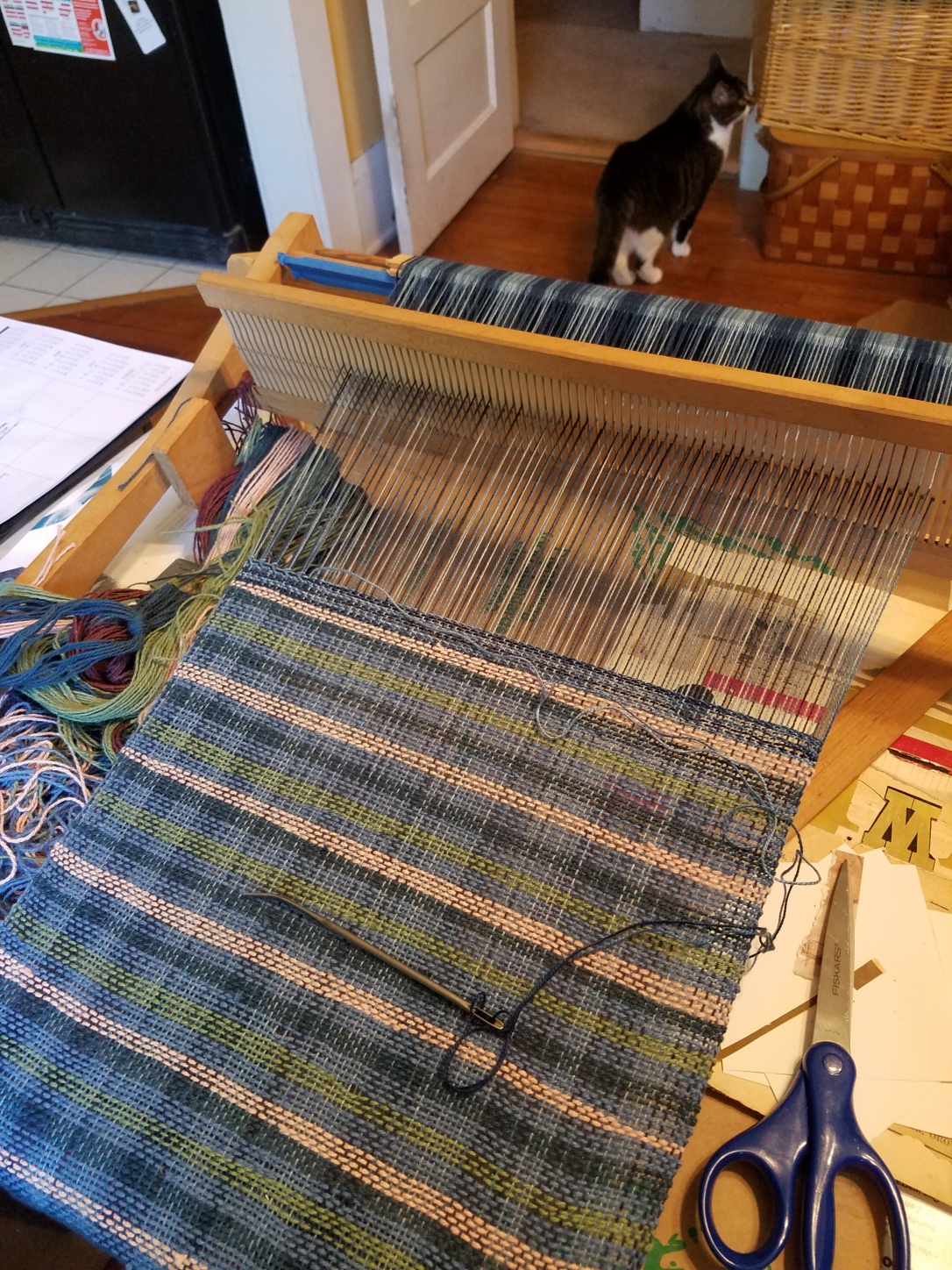 April 2020: Gave up on seed starting under the grow light. I started sewing some masks. I tried to tie on the next set of warp threads to the previous threading on the Macomber loom, but had too much trouble with the knots going through the heddles and pulled it all out. I noodled around on my Beka rigid heddle loom, using the warp threads to weave useful things like dish towels, but also wild Saori style stuff. One day, maybe this weekend, I will cut them all off. 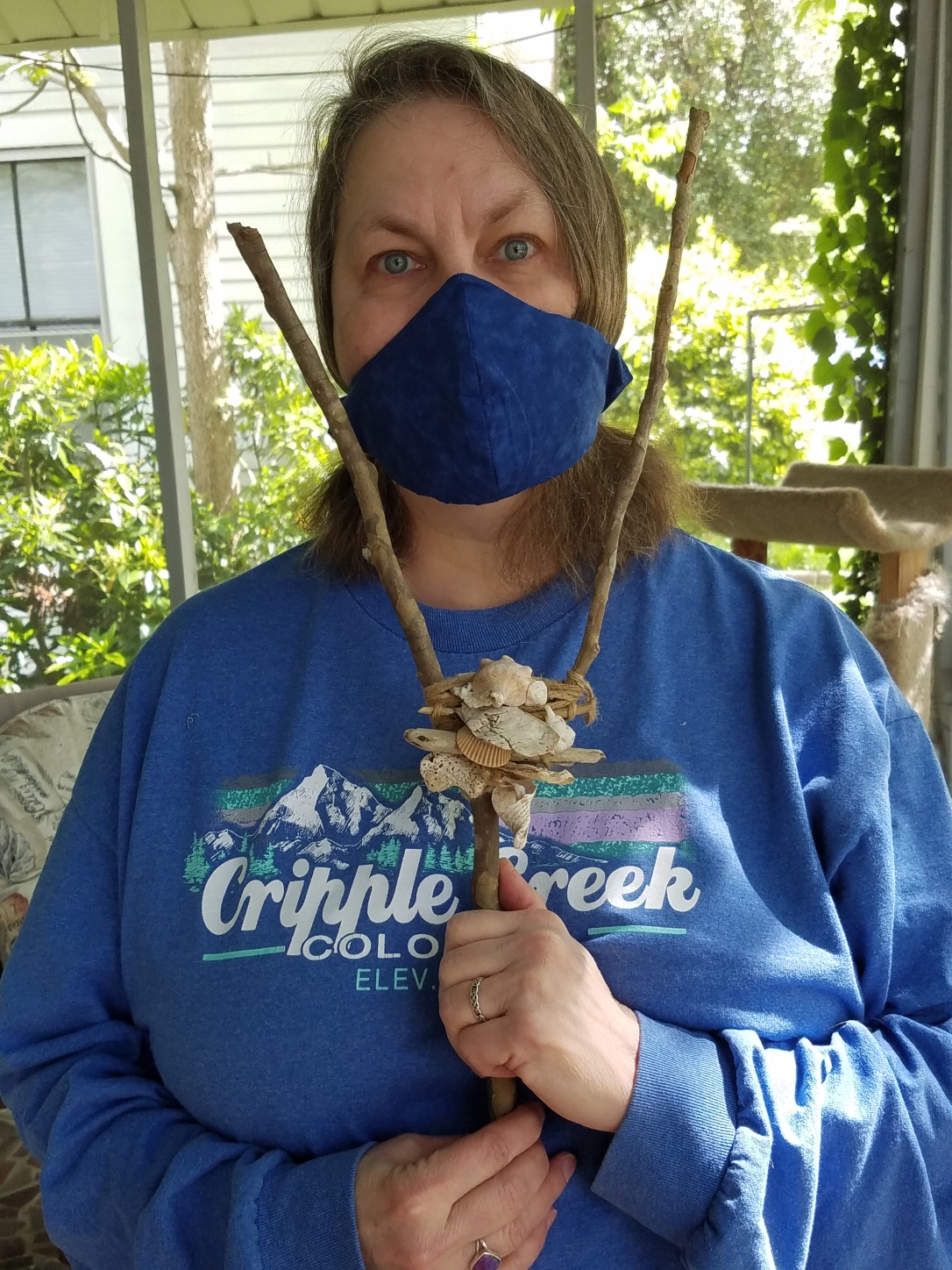 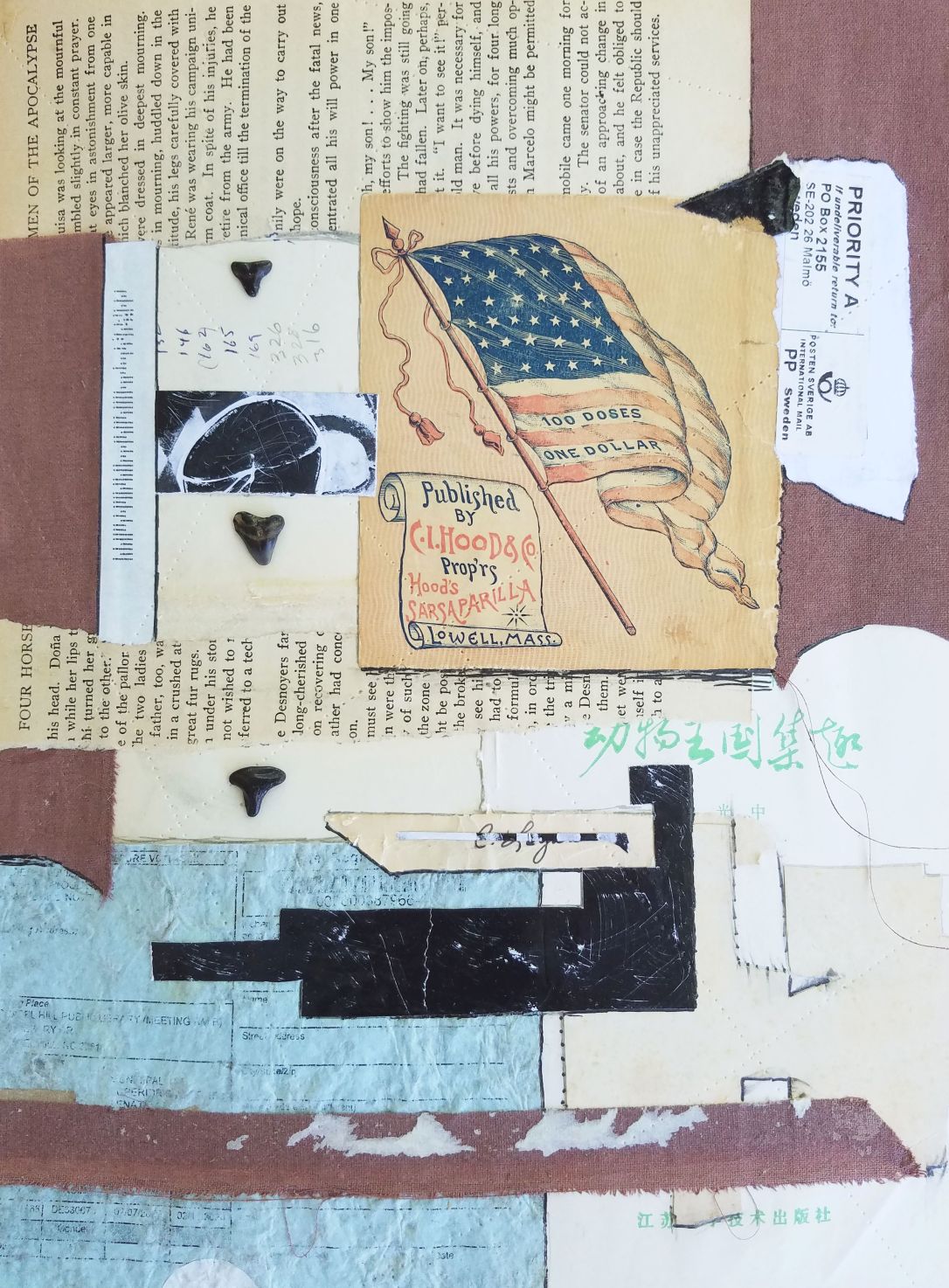 May 2020: Reality bites. Bought plants from Weatherhand Farm at the drive through farmers’ market. Spent a lot of time on the front porch and moping. Started baking sourdough bread like everybody else was doing. I eventually let this go. 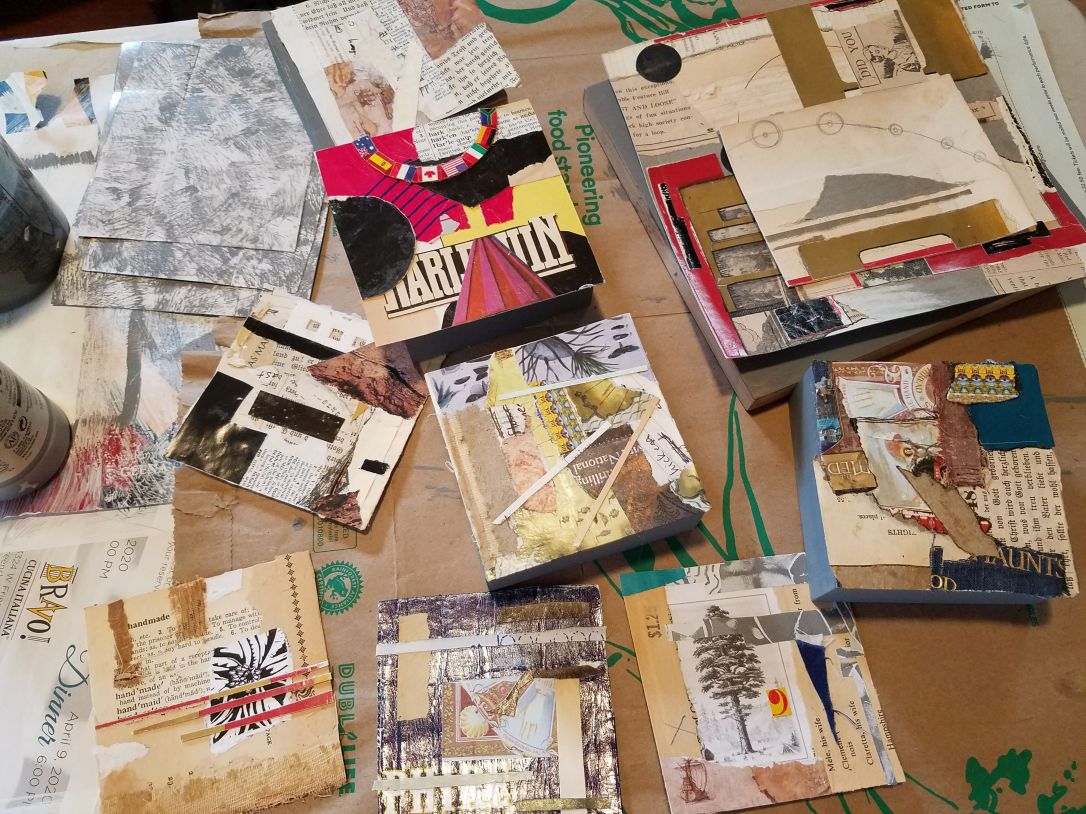 June 2020 began with posting about the George Floyd murder and protests. We spent a week at Lake Waccamaw during the time I was to go to Ireland. It was good to be with my sister and her husband. I did some of Roxanne Stout’s Notebook Journeys class, and some more collages with Crystal, but my artwork pretty much ground to a halt after this. Fireworks going off nearby in the middle of the night every damn night. I am glad that we don’t have a dog. 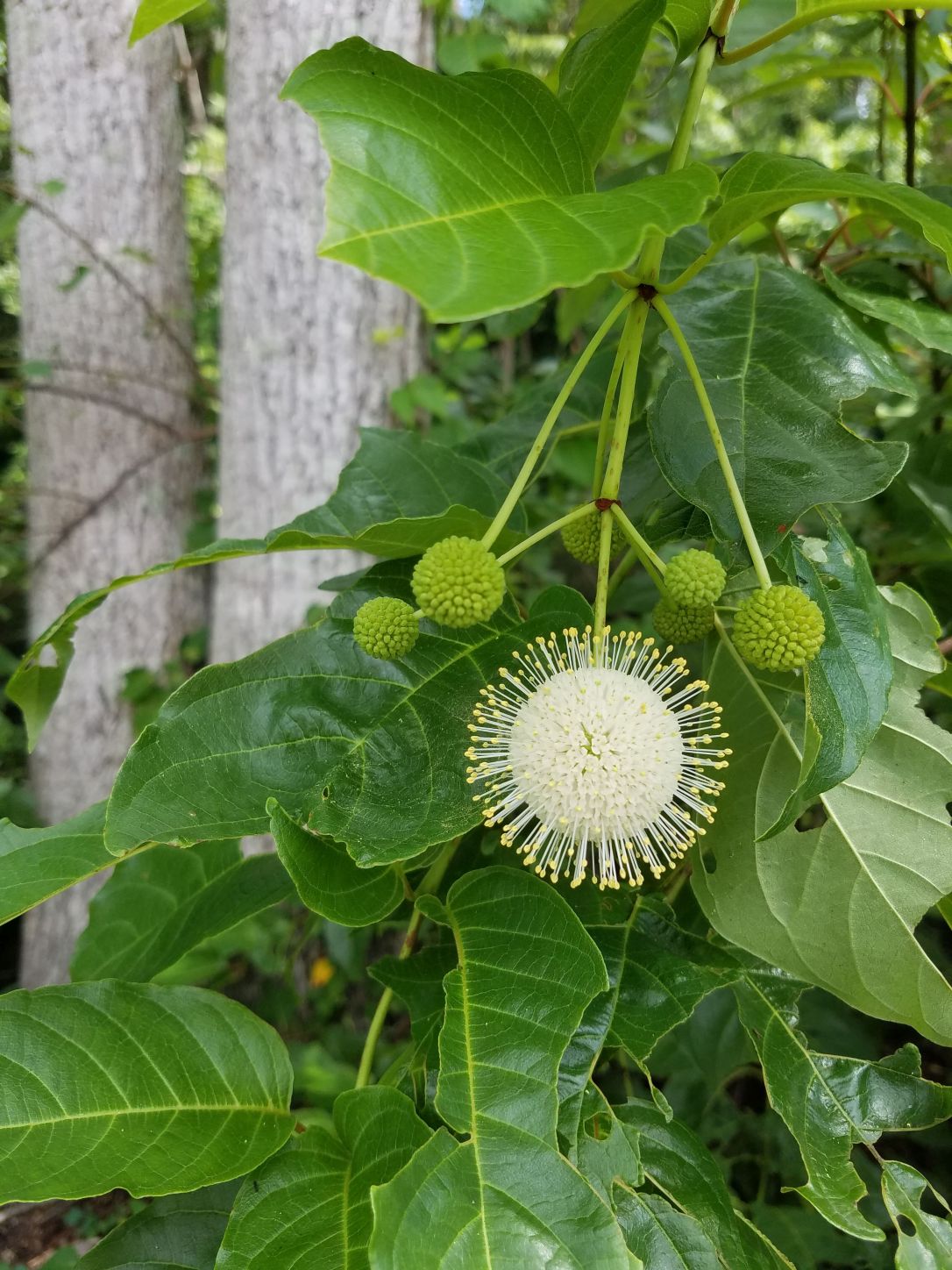 In July, I finally finished this collage, “Illustrated Question Box”. See the top photo for the beginning of this one. I mounted it on a wooden panel and I’m very pleased with it. I decided to work from the lake house for two weeks since the wi-fi there is actually better than the wi-fi here, and it helped me to have some solitude and to see my sister. And boy, did I have a lot of work to do, with our history class schedule going almost completely online or in hybrid format. 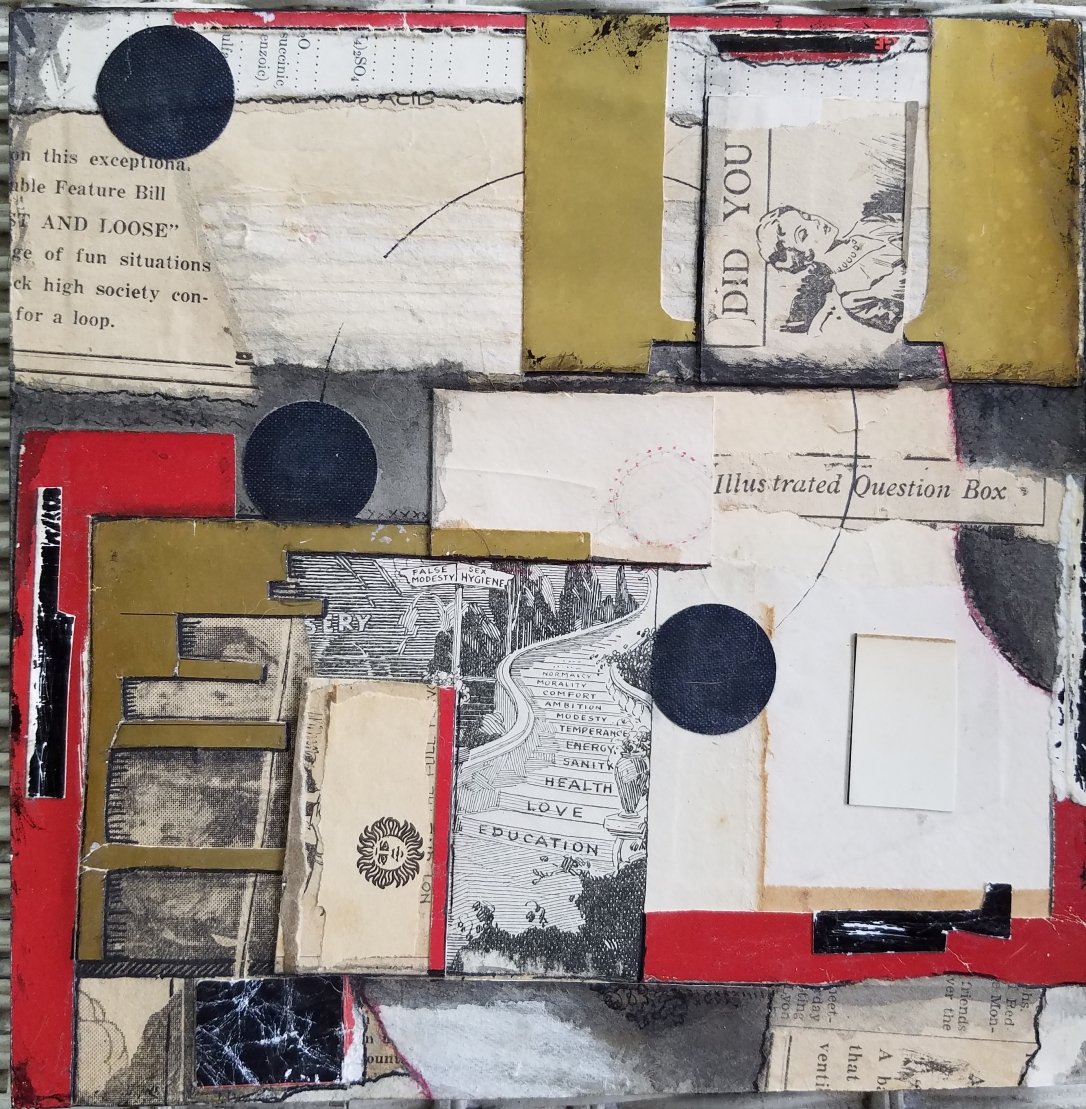 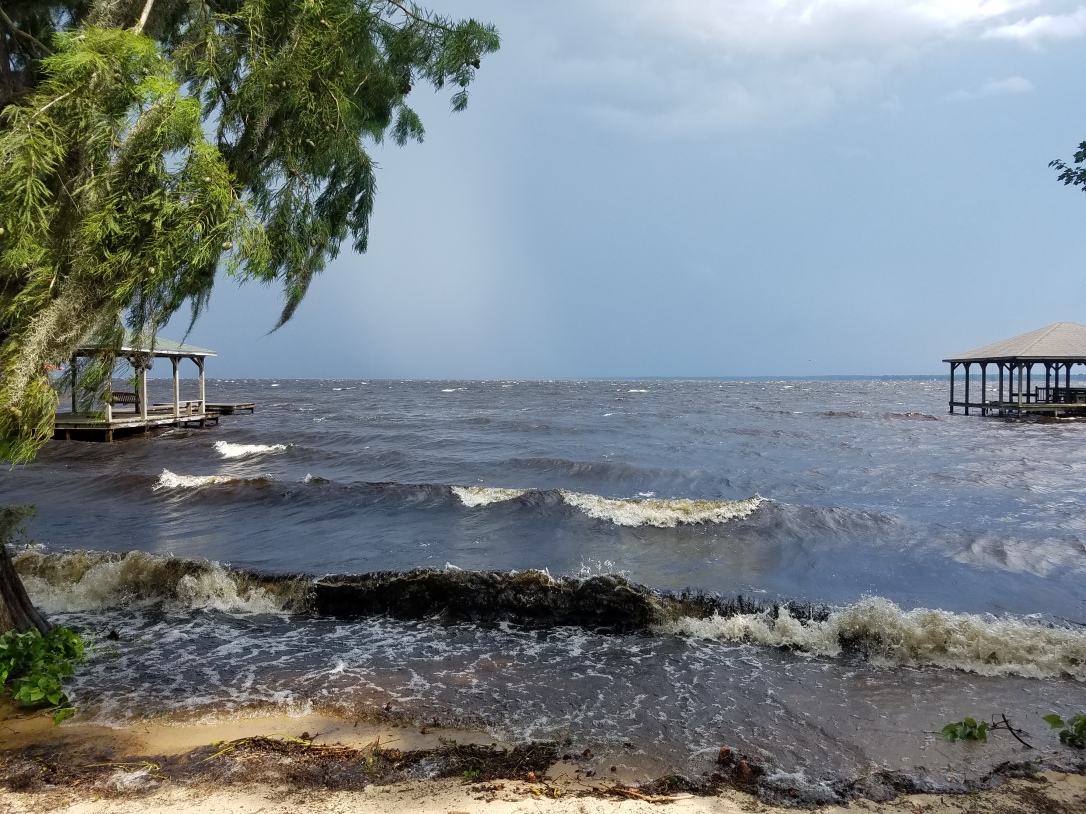 In August, I began working in my office on Fridays. I set up my workspace at home ergonomically and actually starting feeling better physically than I have in years, as far as my back and neck and hands go. Sandy and I took a road trip to Town Creek Indian Mound, which was reconstructed under the supervision of my grand-nephew’s grandfather, Joeffre Lanning Coe. I enjoyed taking photos on a hike through the woods there. 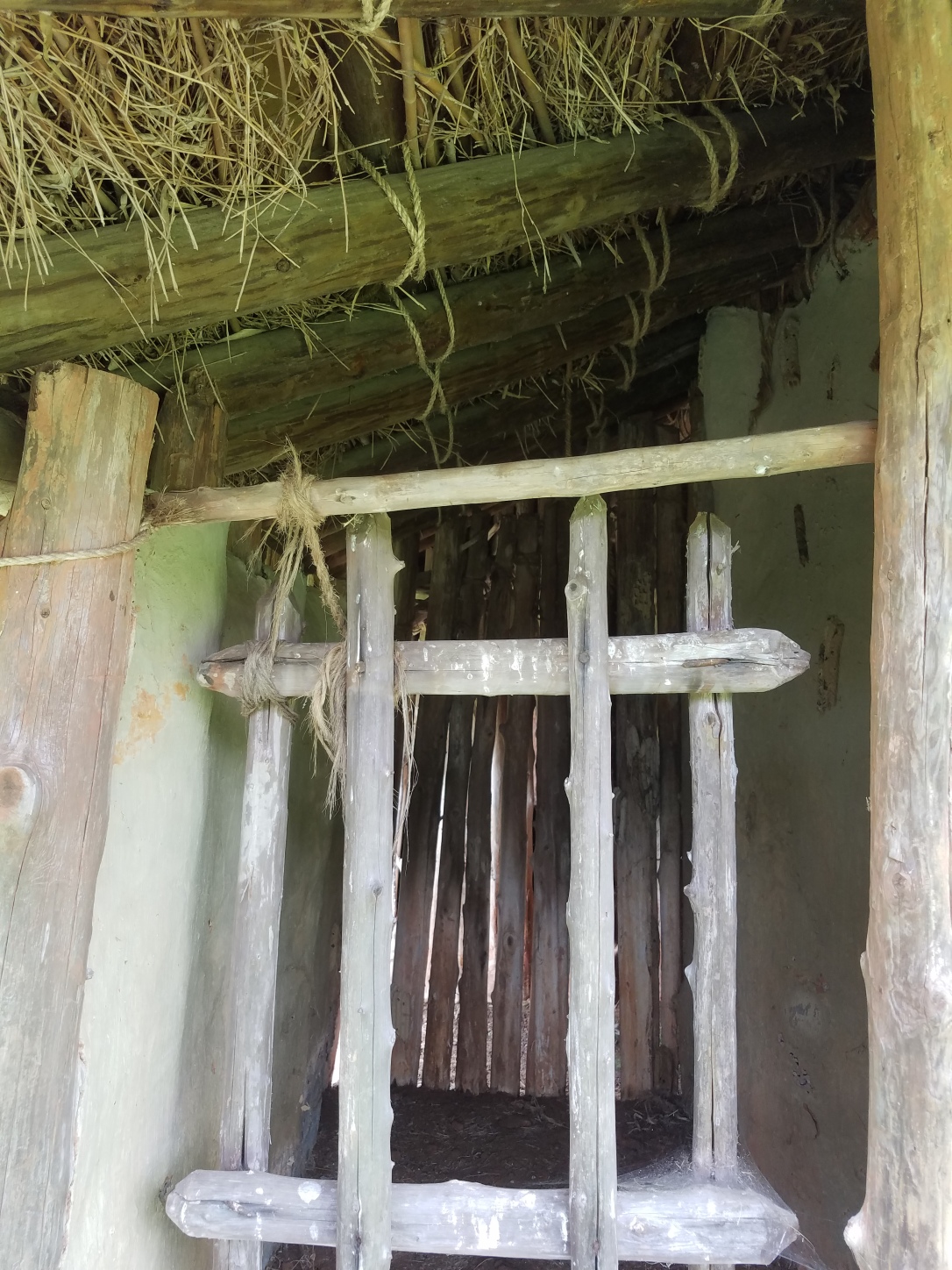 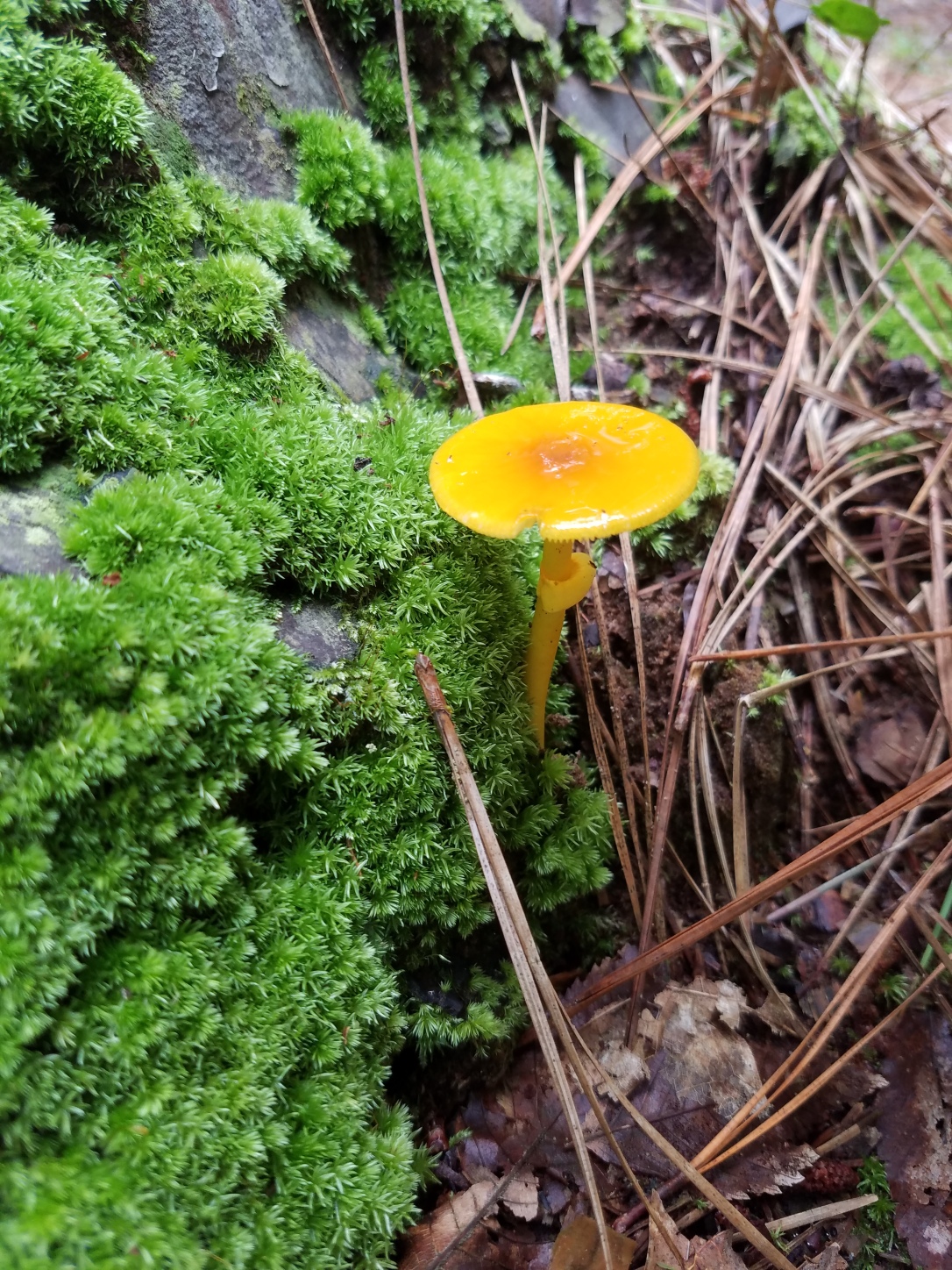 Went back to the lake in September, then a few days at an AirBnB near Sparta, North Carolina. We went to Stone Mountain State Park on the way. We were either brave or foolish enough to eat inside a few restaurants during this month. At the time that area didn’t have a lot of infections. It was an extremely red area and there were lots of Trump signs. 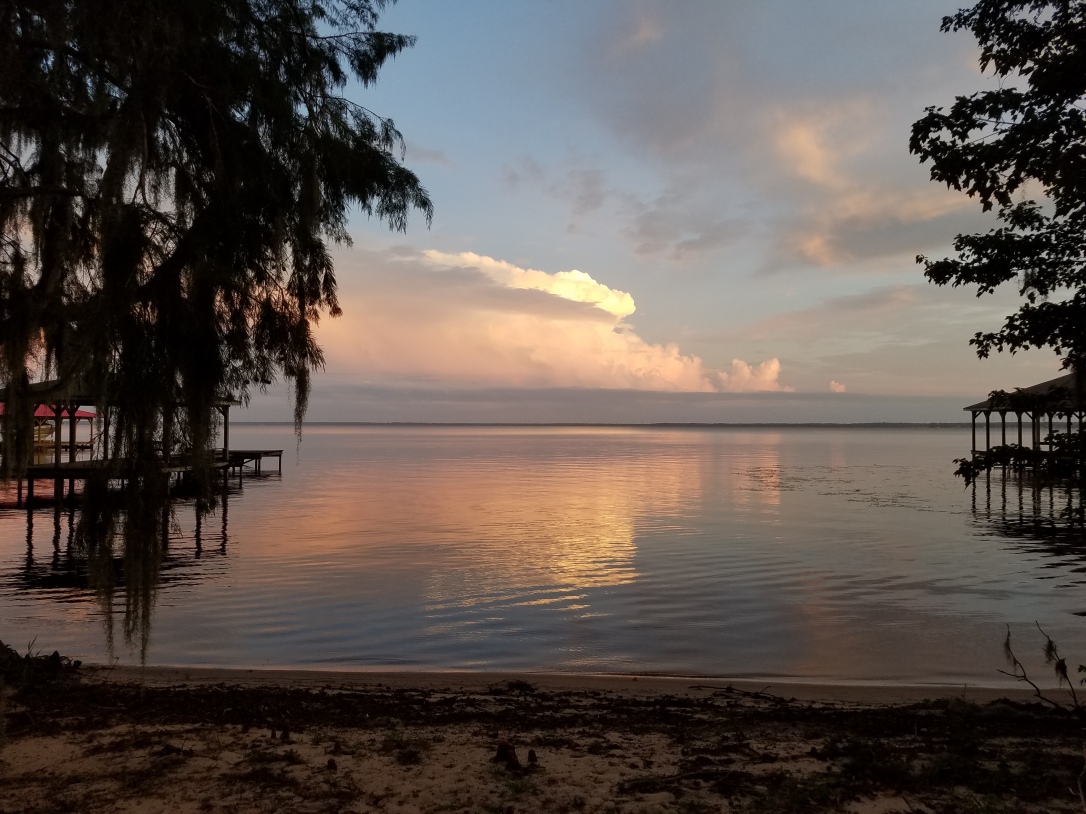 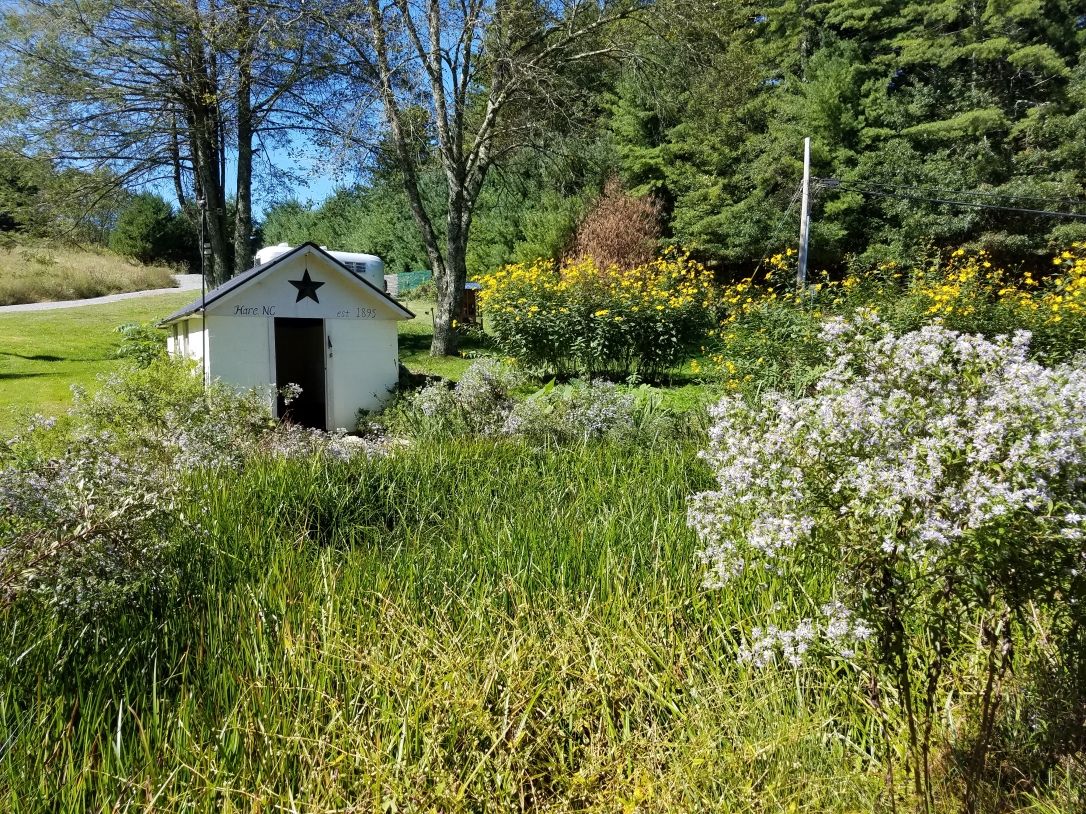 We hunkered down in October. My friend Pat Bush died. She had been sick with various ailments for so long. I harvested the “beautiful beans” that she gave me the seed for. I finished another collage, and did a fun collage workshop with Leighanna Light online. And I began writing about my fixation on moving to Portugal. 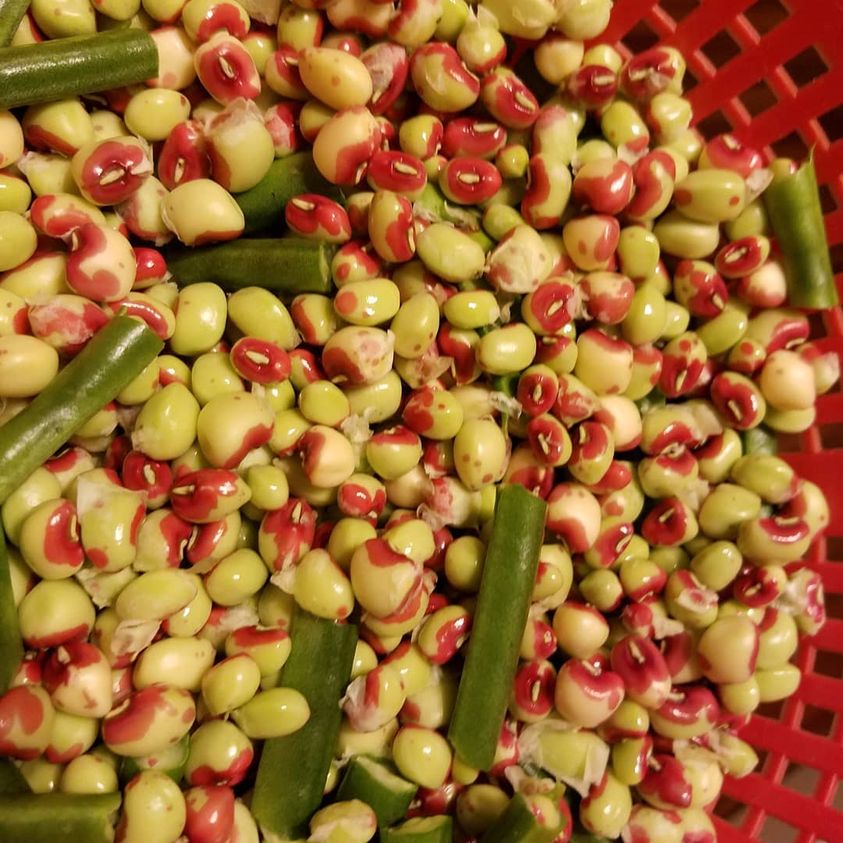 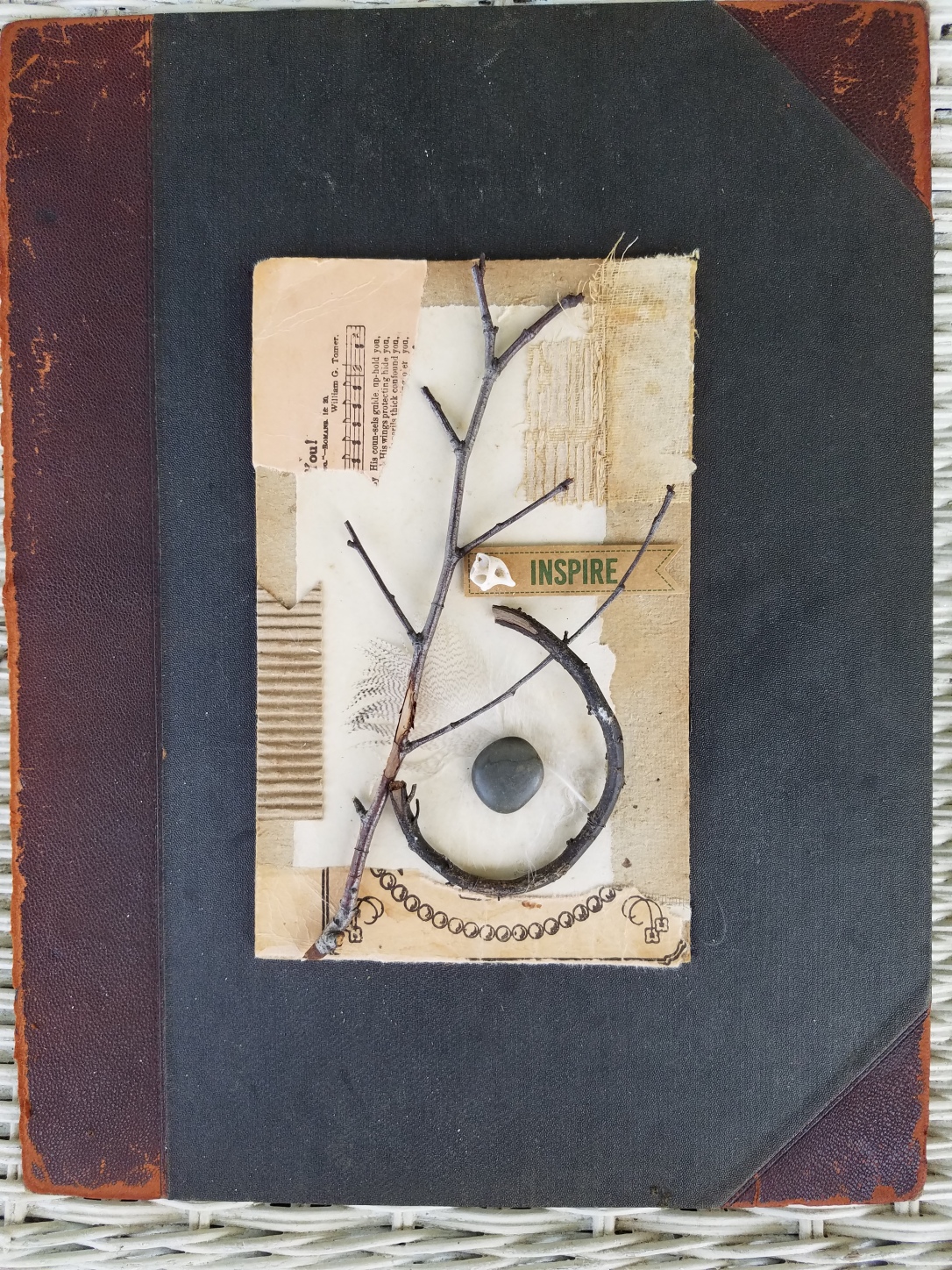 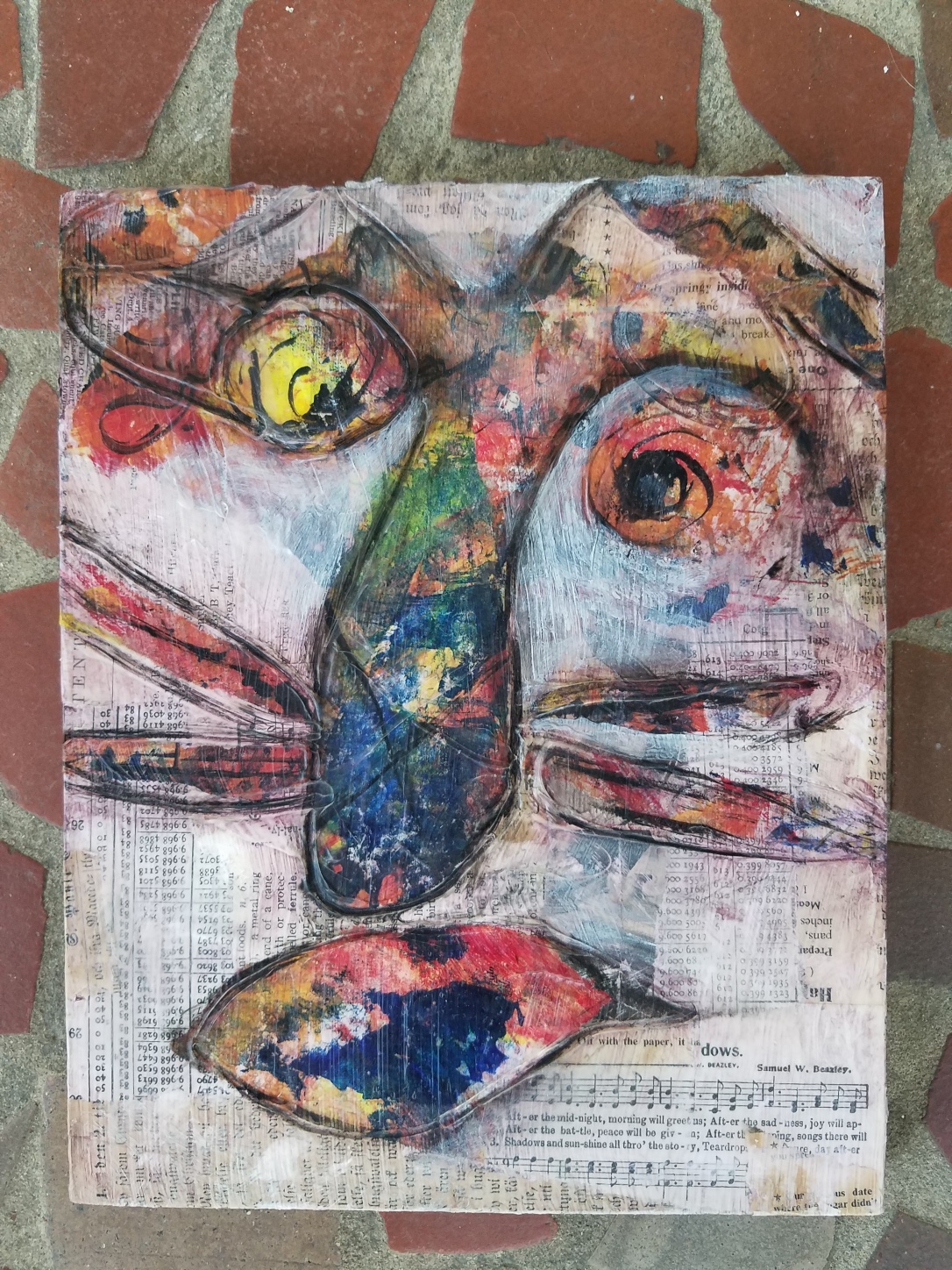 In November, I was all about Portugal and finishing moving the photos from Flickr to WordPress. I was obsessed. It was easier than thinking about what was happening in this country. I signed up for three more online workshops, all of which I took in person from the artist in some form, and I’ve barely looked at them. Susanne and I got together on the deck outside her studio and dyed and leaf printed some papers to go into our books. I made more masks for gifts. We ordered a take out Thanksgiving dinner from Deep Roots Market. No family gatherings this holiday season. 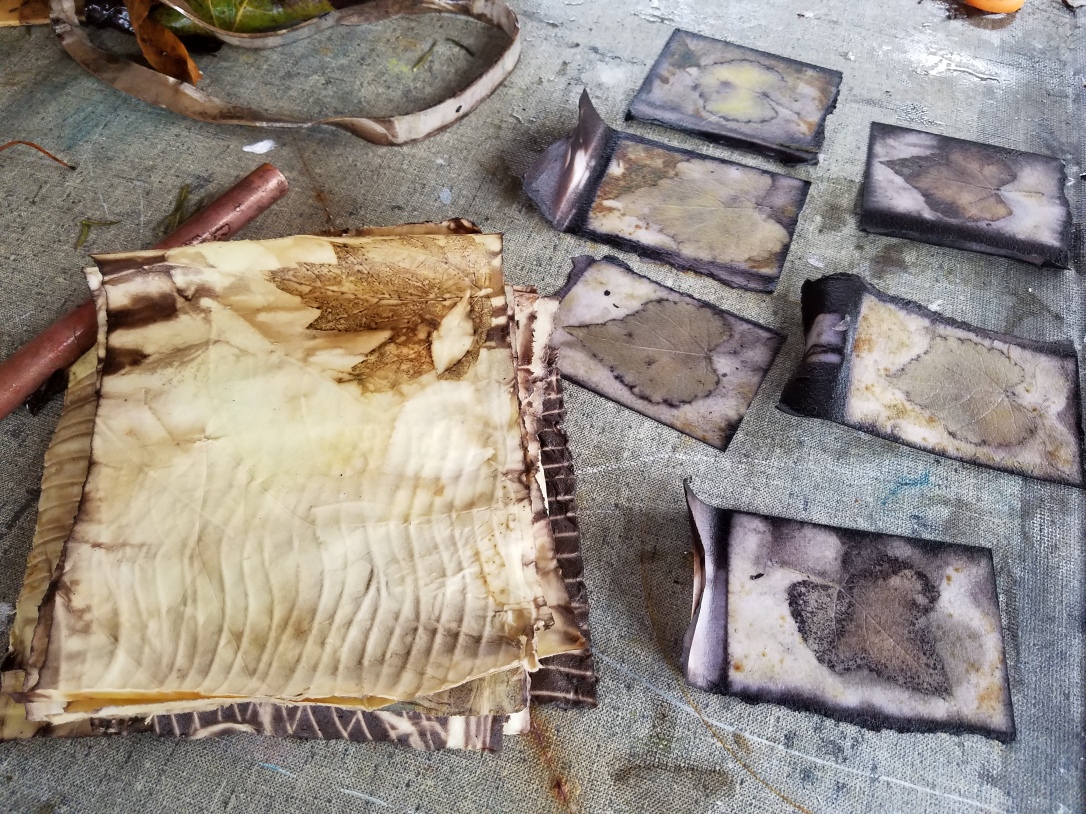 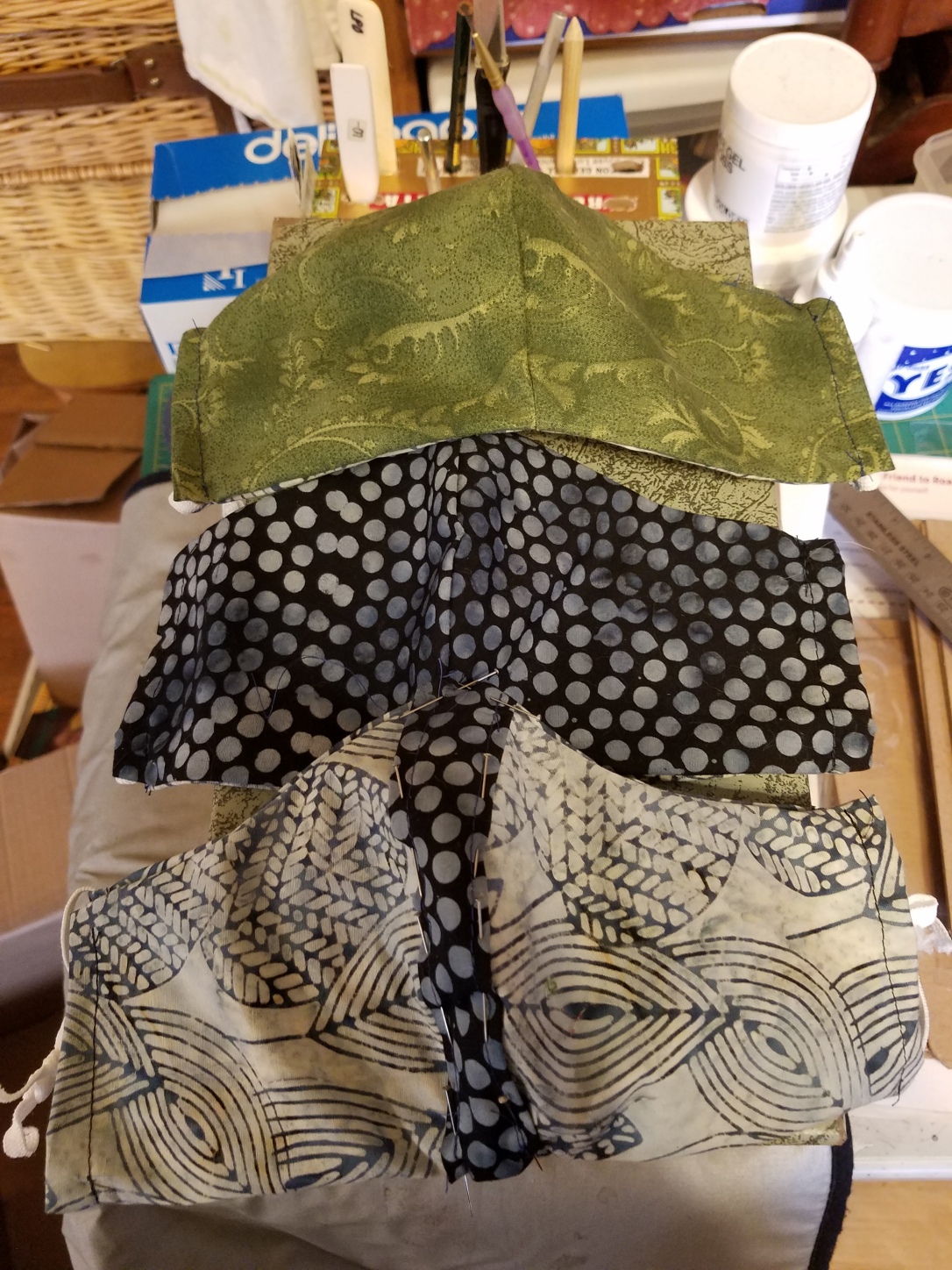 I’m not even sure that I need to recap December, as it was mostly about me finishing the Flickr move and worrying over Sandy’s health. More obsessing over Portugal. When will we be able to travel overseas again? Staying awake at night thinking about what I can get rid of, what I will try to take with me, how will the cats adjust…and will we even be able to do it by the time that I retire in May 2023? 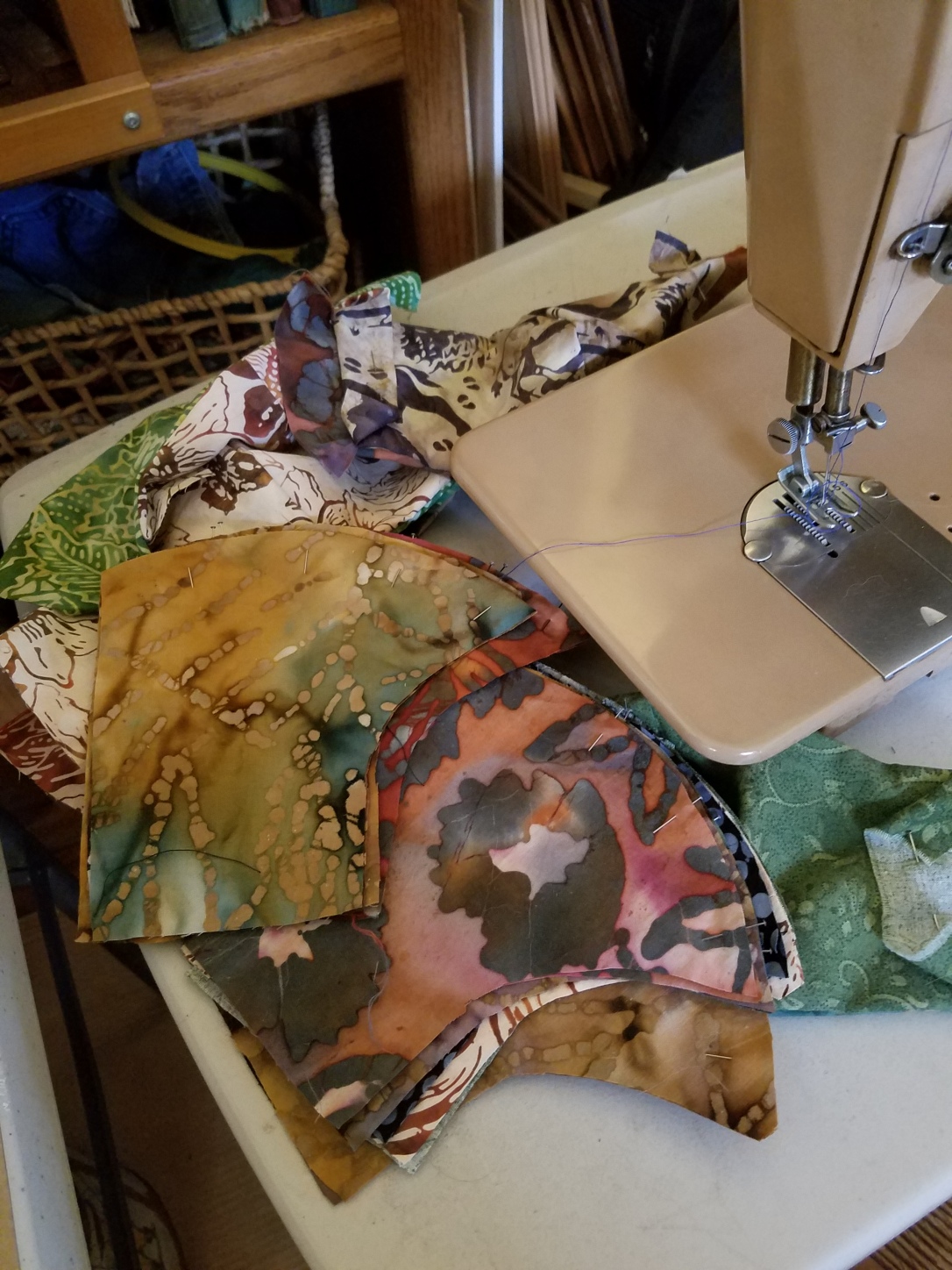 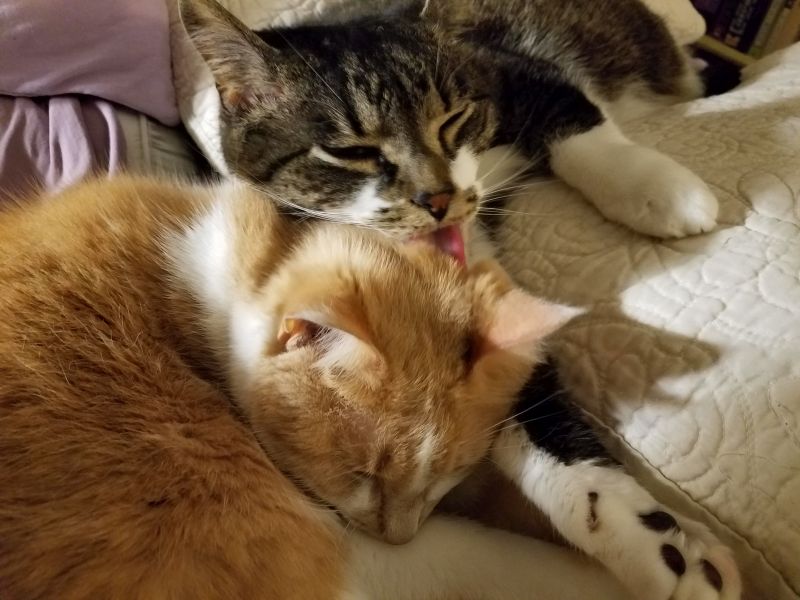 It will be interesting to compare what I write tomorrow against the yearly wrap-up for 2021. Who knows what could happen? Nothing surprises me after this year.