I finished “How Green Was My Valley,” a coming-of-age novel set in a small Wales mining village, at a time when workers were beginning to strike against the mine owners. My great-grandmother was named Martha Washington David, from a line of Davids that immigrated to South Carolina from Wales in the early 1800s.

Anyway, it set me thinking about maps and names, and how it seems that the Welsh often have what we consider to be a first name for a last name – like David, Thomas, James, and John. One of my direct ancestors is named David David. Variants of John’s son are common in the English speaking world, and Jones is a major line in my family.

In a parallel reality I am a historian researching names.

The funniest one I found last night was Hypolite LeFevre. He was from Middlesex, England.

Anyway, here is a map of the area around Swansea where the Davids came from. Looks like a beautiful place to put on the bucket list. I found these maps on a great site: A Vision of Britain through Time. 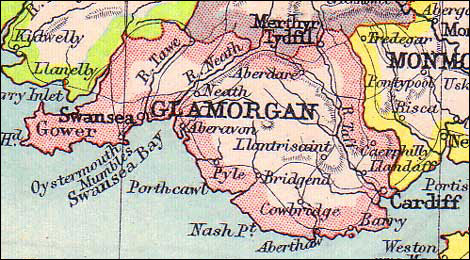 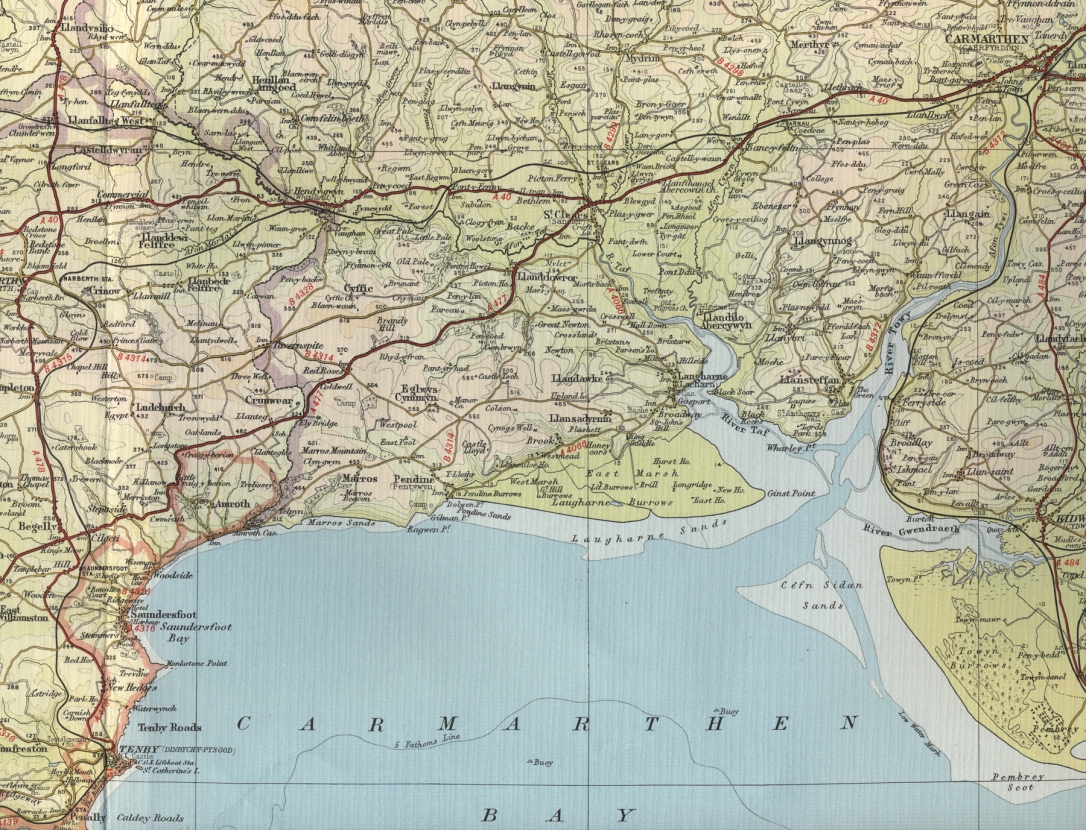 I love the language and the names of the places, but I can’t imagine learning Welsh.

Owen David was born in Pembrey, Carmarthenshire, Wales in 1711. He died in Cheraw, South Carolina in 1788. Pembrey is in the bottom right corner of the second map.

Thomas David was born in Llanfihangel Aberbythych, Carmarthen, Wales in 1622.

David Davies was born in Denbighshire, Wales, and married Anna Ellen Morgan in Llanrhidian, Glamorgan, Wales in 1618. His father’s name was David Rees, and his alternate name is David ap David. I assumed “ap” means “son of” and kept going back.

The farthest back this line is traced in familysearch.org is Jenkyn David, father of Ieuan Ap Jenkyn David, who was from Llantwitt-fardre, Glamorgan, Wales, whose first wife, lo and behold, has a first name from “How Green is my Valley”: Angharadd.

Each child from this marriage is listed as having the last name Davis or Davies, but their parents and ancestors hark back to the old naming conventions.

Let’s look at Angharadd Verch Philip Jeven, born in Gwydir, Caernarfonshire, Wales in 1550. Her father was named, you guessed it, Philip ap Jeven Gwilim. So “Verch” must mean “daughter of.” Her brother: Rees ap Philip.

So that’s my Welsh lesson for today, courtesy of the Church of Latter Day Saints. If you read this far, congratulations!