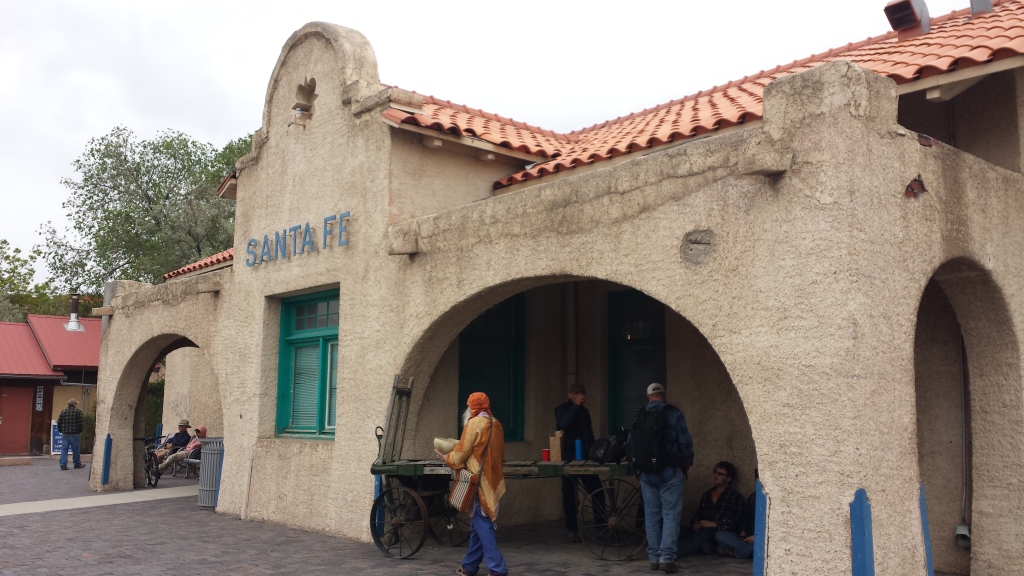 I tried to laze around on our last morning in Truchas, but suddenly realized that we had to return the rental car in Santa Fe by noon. Thank God we had packed the night before or that could have been a mess.

The Rail Runner Express is a very comfortable commuter train that connects Santa Fe and Albuquerque. It cost only $9 for me and $4 for Sandy, as a senior. It runs frequently during the week, but on Sundays we found ourselves having to wait until 3:15 p.m. Fortunately, the Santa Fe Railyard Arts District is full of restaurants, galleries, and shops. We headed with our luggage to Cafe Sonder to have lunch and mango mimosas. The staff and food were fantastic. I was most happy with this Mediterranean platter. The smoked roasted beet spread was to die for. I need to find that recipe. 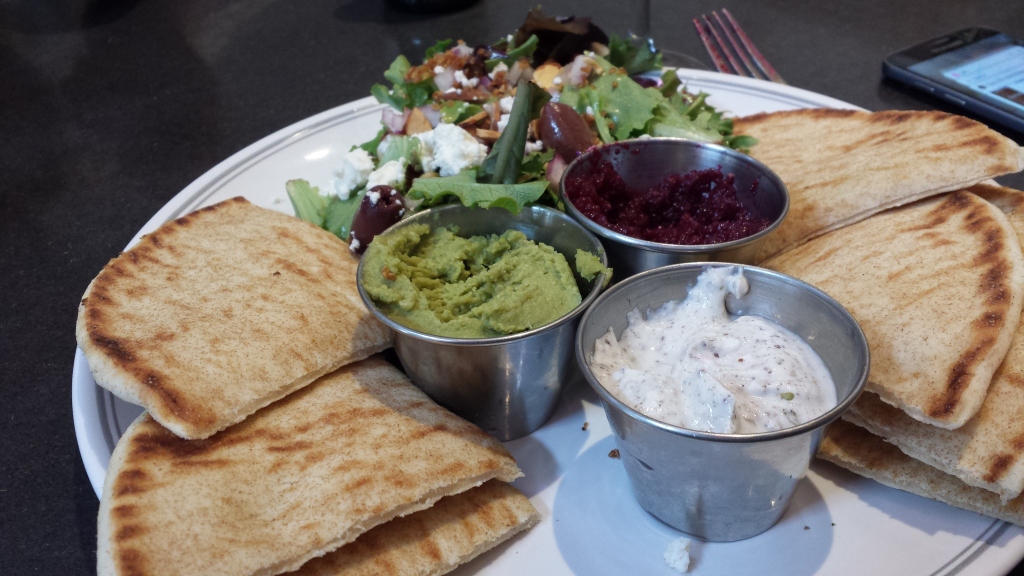 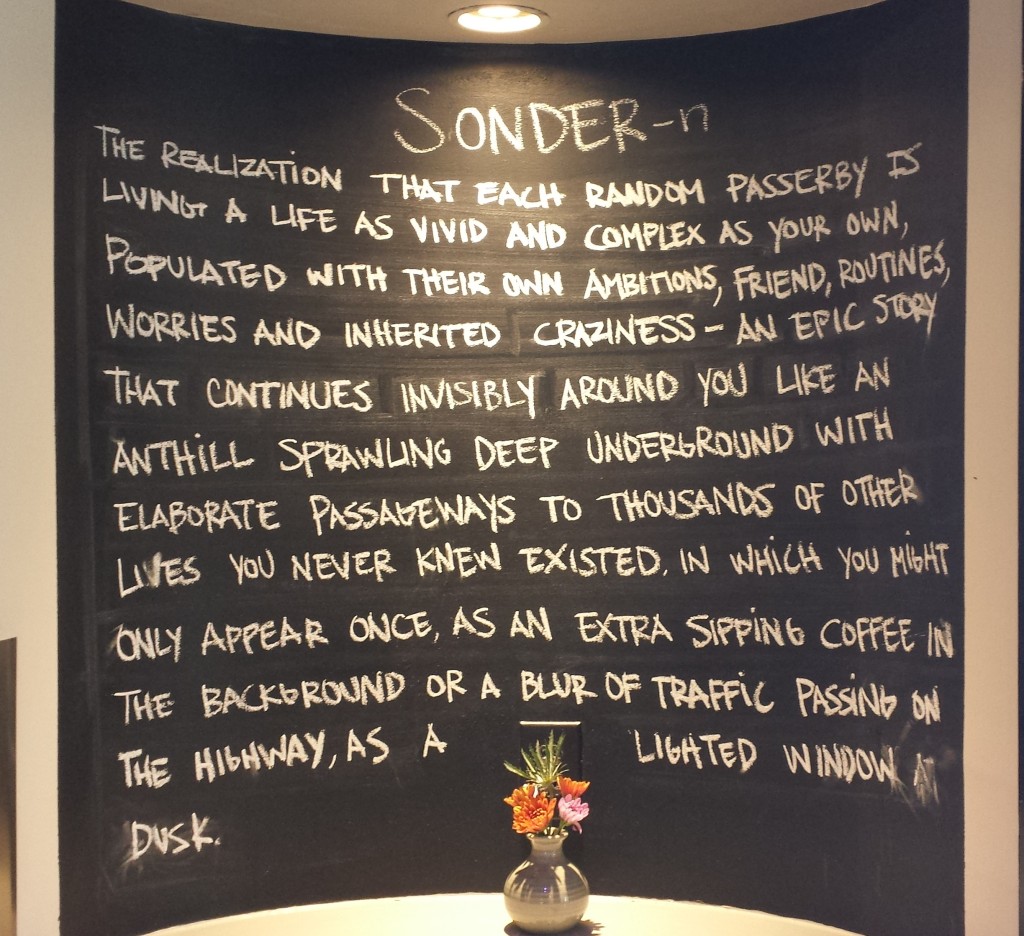 The mountains on either side of the train were beautiful but I couldn’t get good photos. I was fascinated by the telephone poles that ran along the track. Most of them still had glass insulators. Then I noticed that some sections had wires missing or cut and hanging down. I really fixated on these images. 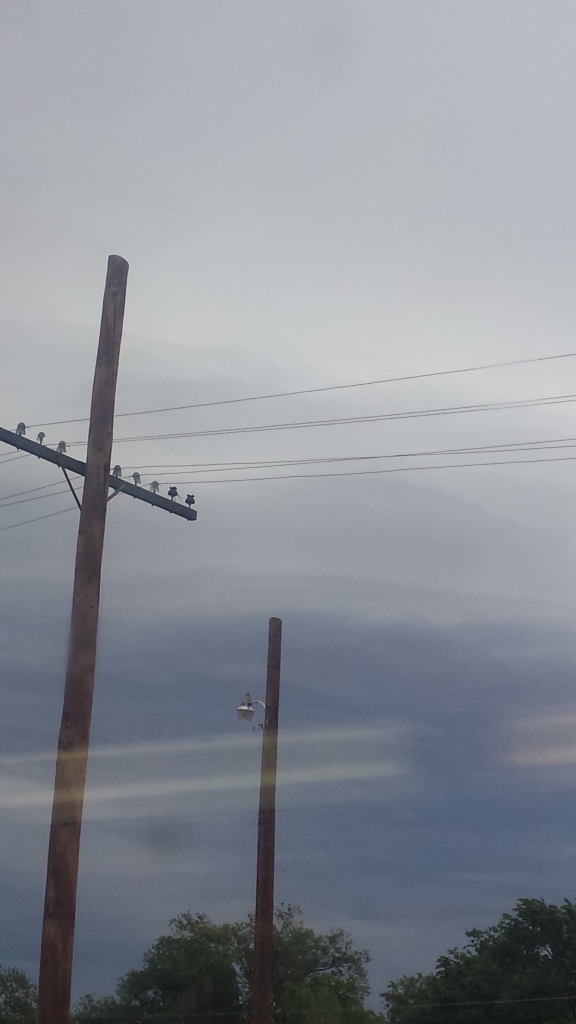 Then there was this sad little one next to the tracks. 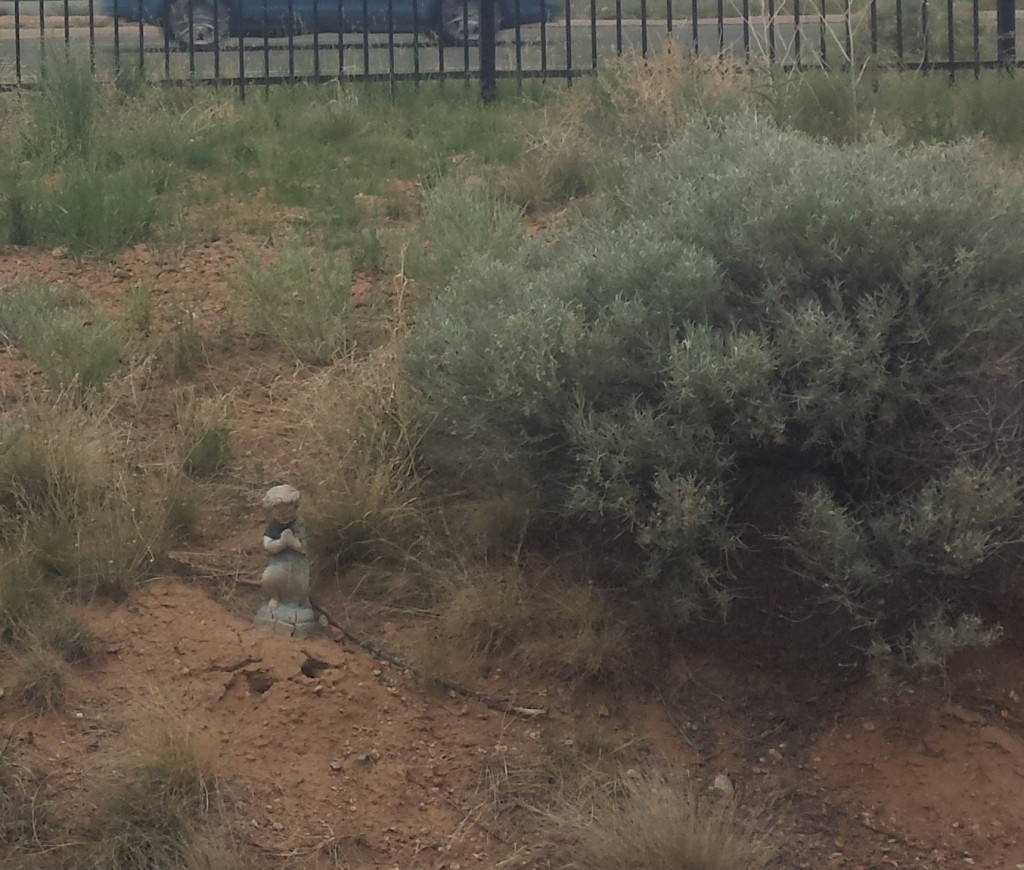 Also this sad bigger one. He was one tired puppy.

Once we got to Albuquerque, we found out that the free shuttle that you can ride to the airport that is included in your train fare does not run on Sundays. No problem, Lyft to the rescue, straight to the hotel where we collapsed for the night. We didn’t even eat dinner. So we didn’t see much of Albuquerque. That will have to be included in another trip.

Even though there were terrible storms that disrupted my cousin’s plane travel from Denver on Monday, we had a normal flight from Albuquerque home. We had changed these tickets from Denver a week before the trip. It seems that we stopped the snow when we were there and then the snow came back as we left. The only bad thing about the plane trip was that my ears were stopped up and we landed and took off three times. My ears hurt so bad I almost cried…I tried every trick to pop them. I feel so sorry for the little kids who have this problem in the air and don’t understand what is happening to them.

We loved our trip. I really thought we would come back home with my obsession with checking real estate prices anywhere in the West I visit intact. But I don’t think we can live in New Mexico, at least not that area. Sandy’s problem with the altitude was almost too much for him. I definitely want to go back to see some of the many areas we missed, and maybe take a workshop or do a week’s artist retreat at the place in Truchas.