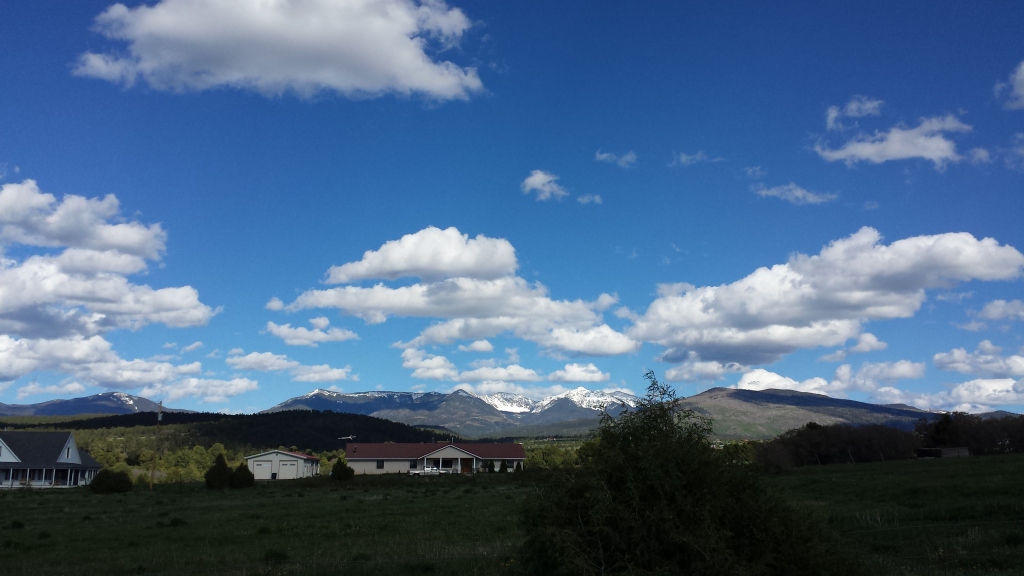 May 17: After sleeping late, Lorey brought us coffee, cherry muffins, yogurt and a mountain of fresh fruit to eat in the little sitting area with the woodstove.

We drove down the other side of the High Road to Taos to Taos and spent a good chunk of the day wandering in and out of shops. There was a Lilac Festival going on that was much like one of our small street fairs. I bought a handful of charms and metal filigree corners to go on bookcovers, which I now can’t find, grrrr. Two of the sites that were on the Northern New Mexico Fiber Crawl were close by so I checked them out. Artemsia had a friendly owner and stunning artwear. Mooncat Fiber was a cute yarn shop nearby. I bought a ring at Earth and Spirit Gallery that called out my name. There were two great used bookstores nearby. (I was dragged out of several used bookstores during this trip. It’s an addiction.) On our way out I spotted a little mixed media store and snagged a couple of cool cigar boxes and a few knick-knacks for a New Mexico book, if I ever get around to making one.

We drove to Taos Pueblo, but when we found that it would cost $30 for us to go in, we decided to pass. This is as far as we got. I was sick and we had seen a lot of pueblos already, although this one would have been interesting since it is still in use. Strangers were starting to hand me cough drops. 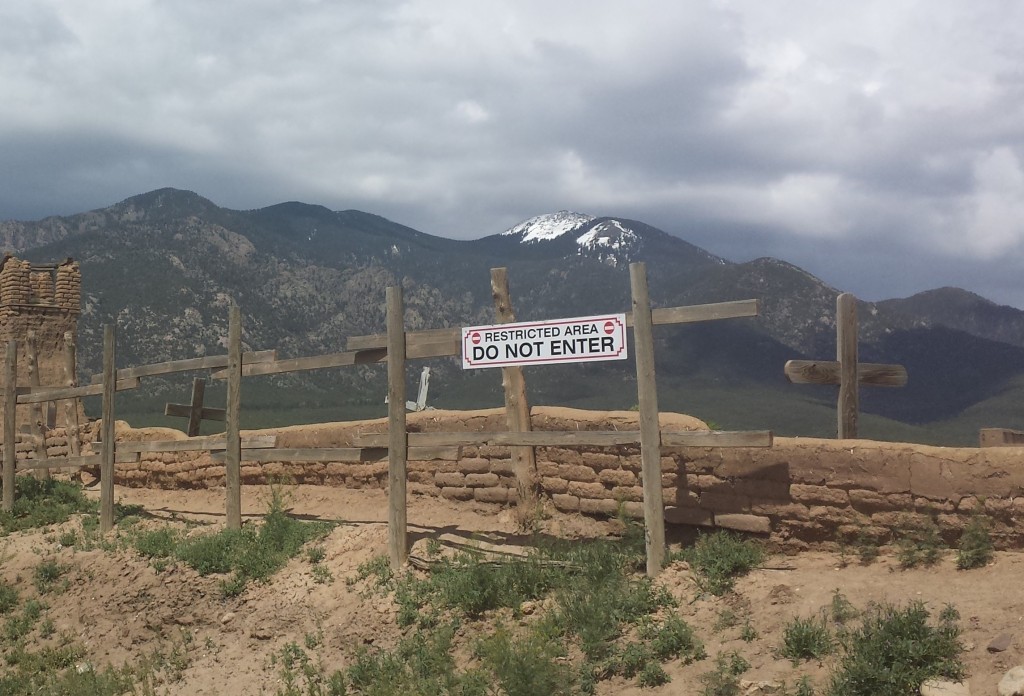 As we drove back to Truchas we were on the lookout for open galleries, but most of them were closed. A wonderful one near our AirBNB was open though: Hand Artes Gallery. Wow. If you go up this way it is a little past the main turn in Truchas, and well worth the stop. I was thrilled to be able to see the large paintings of Jeane George Weigel, whose blog, High Road Artist, led us to this area and to the lovely B&B nearby. One of her paintings hangs there in an outside space. 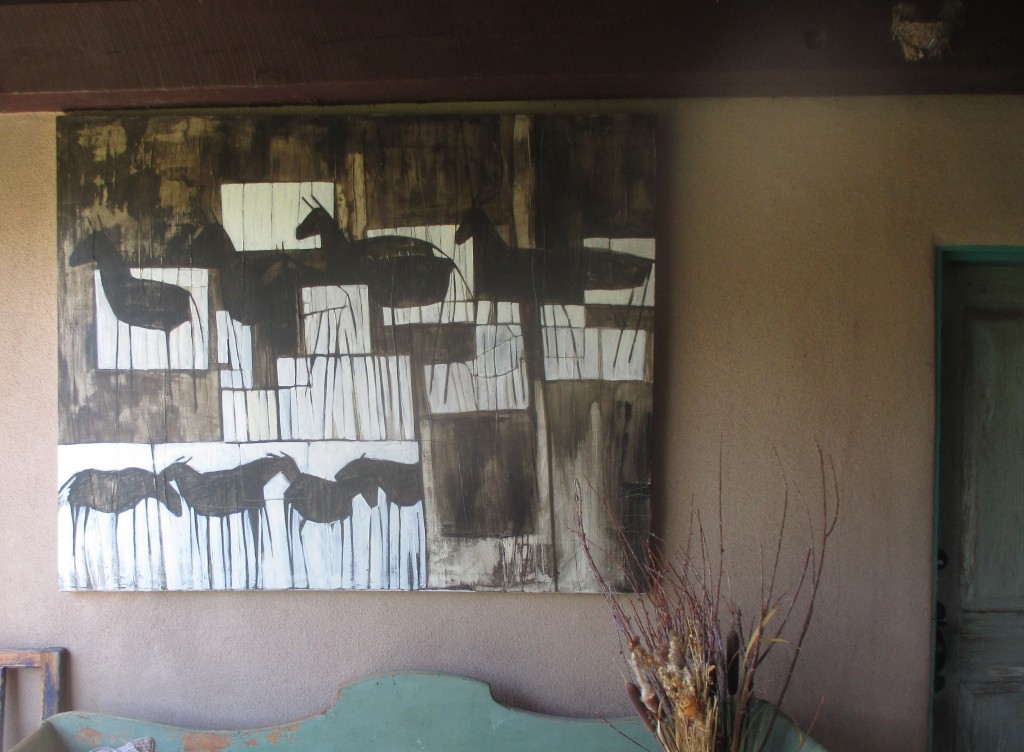 And this might be a good place to post a couple of photos of the outside of the Northern New Mexico Getaway, hosted by Lorey. The best photos are on Jeane’s blog and I could not have competed with them. They lured us there! I am sorry now that I did not get to meet Jeane, but I was getting pretty exhausted from being sick and I also missed out on seeing my friend Leighanna Light in Taos. I wanted to stay at this place and just do some artwork REALLY BADLY but when we were there we pretty much read and slept. 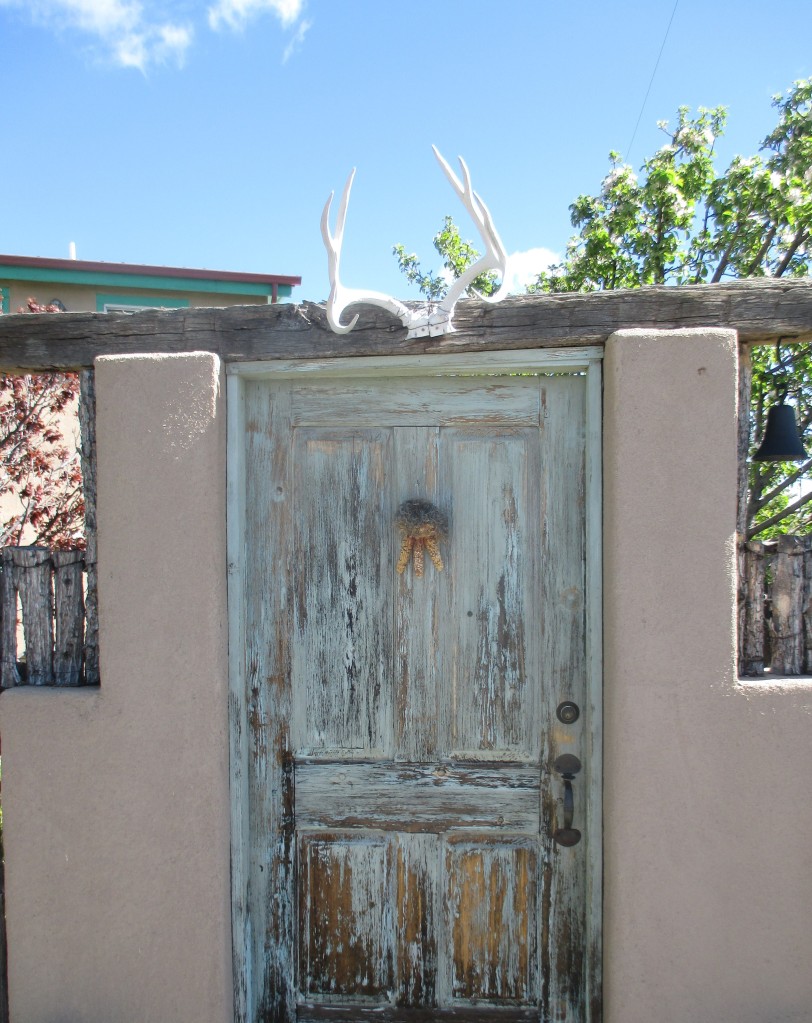 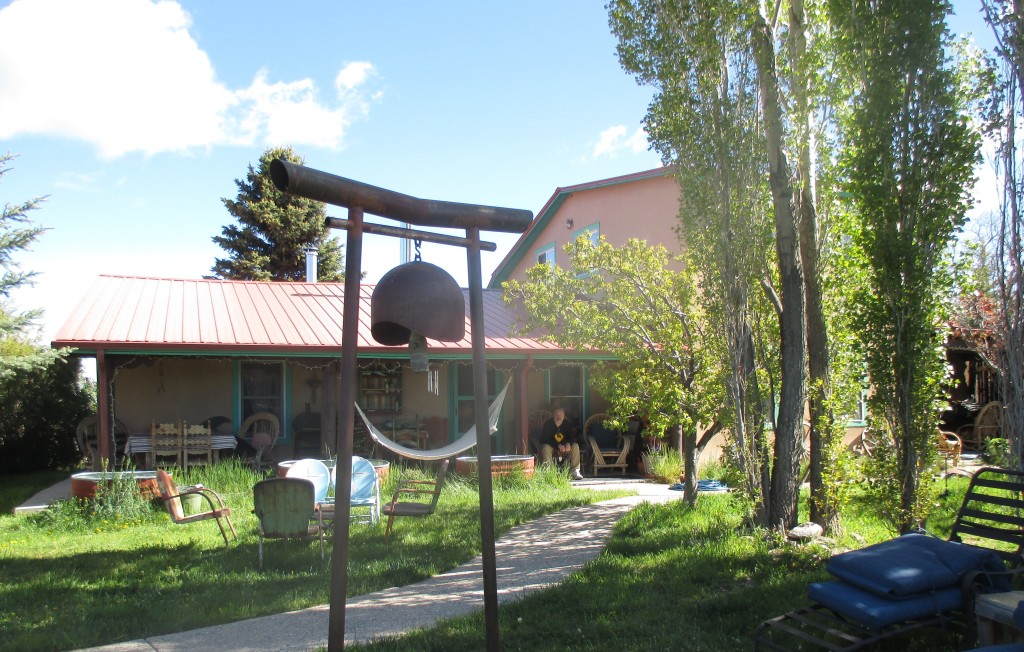 That evening we took Lorey’s advice and drove down to Peñasco to have dinner at Sugar Nymphs Bistro. It was a small cafe/bakery and there was only one other table seated. I caught a whiff of that table’s conversation, looked over, and recognized Natalie Goldberg! Well, I tried to restrain myself but I had to go over and briefly say hello and tell her that I met her at a book signing in Greensboro and owned several of her books. She was very, very nice. 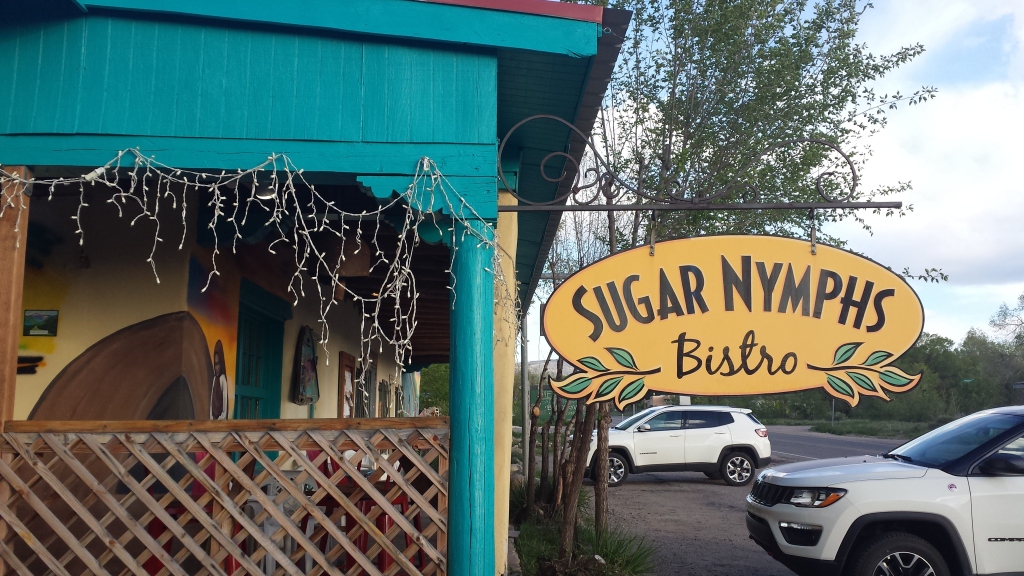 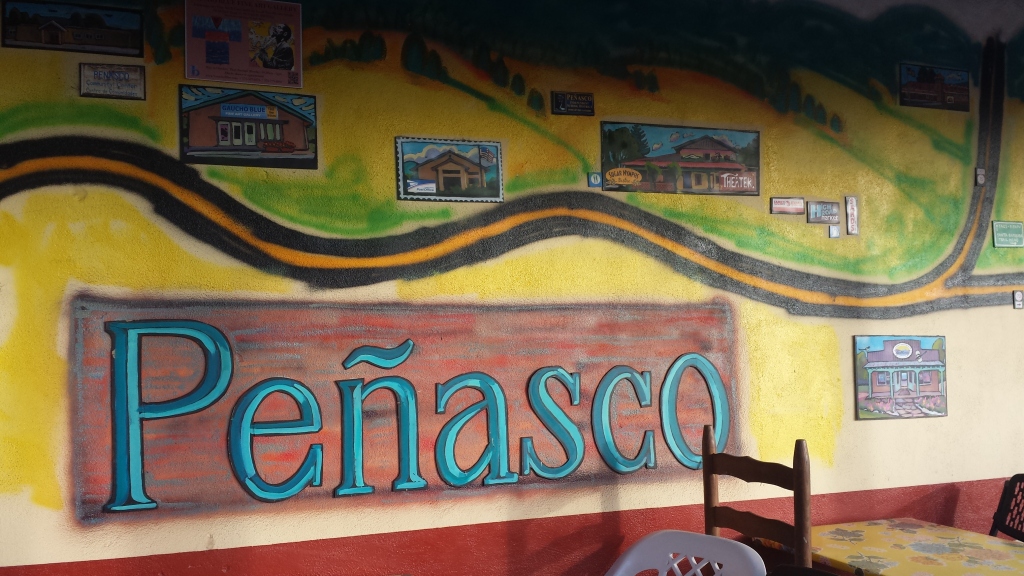 The scenery up and down this highway was just stunning and there was no way for me to capture it adequately. 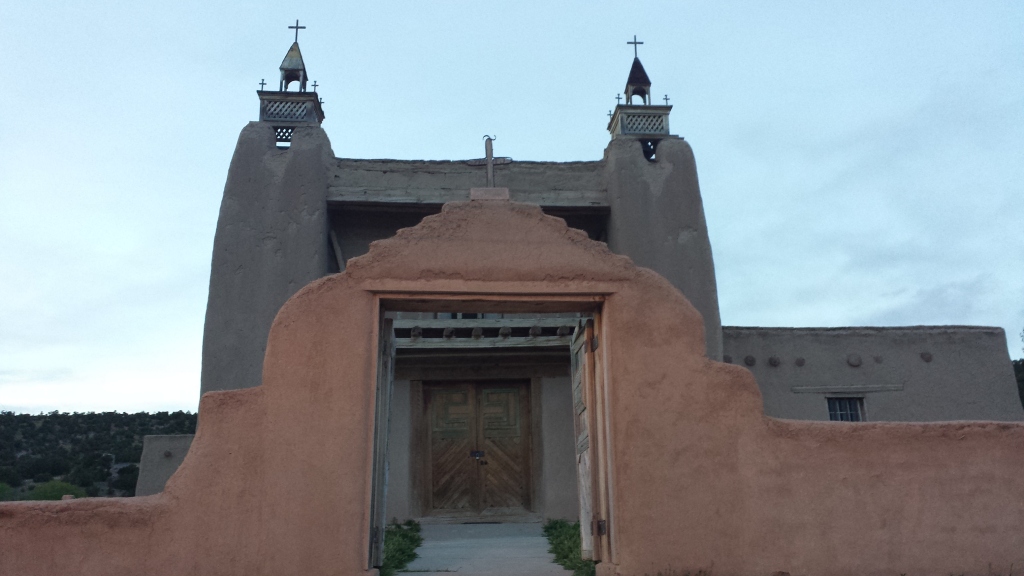 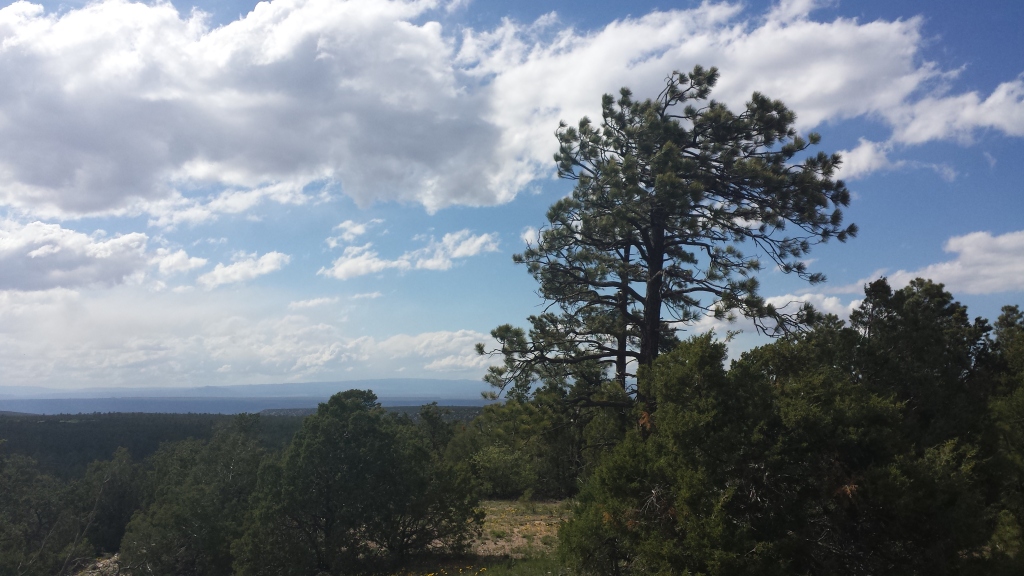 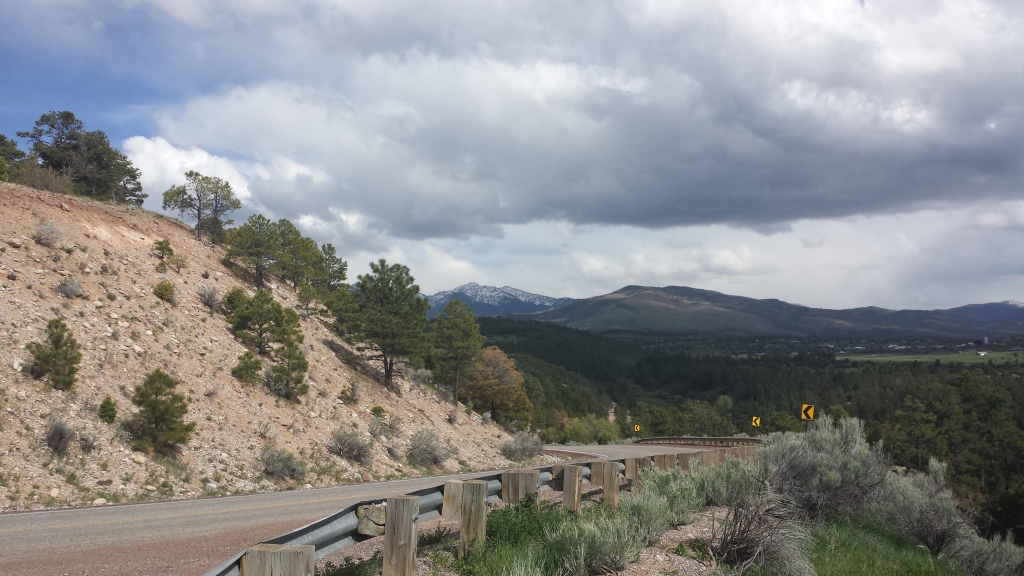 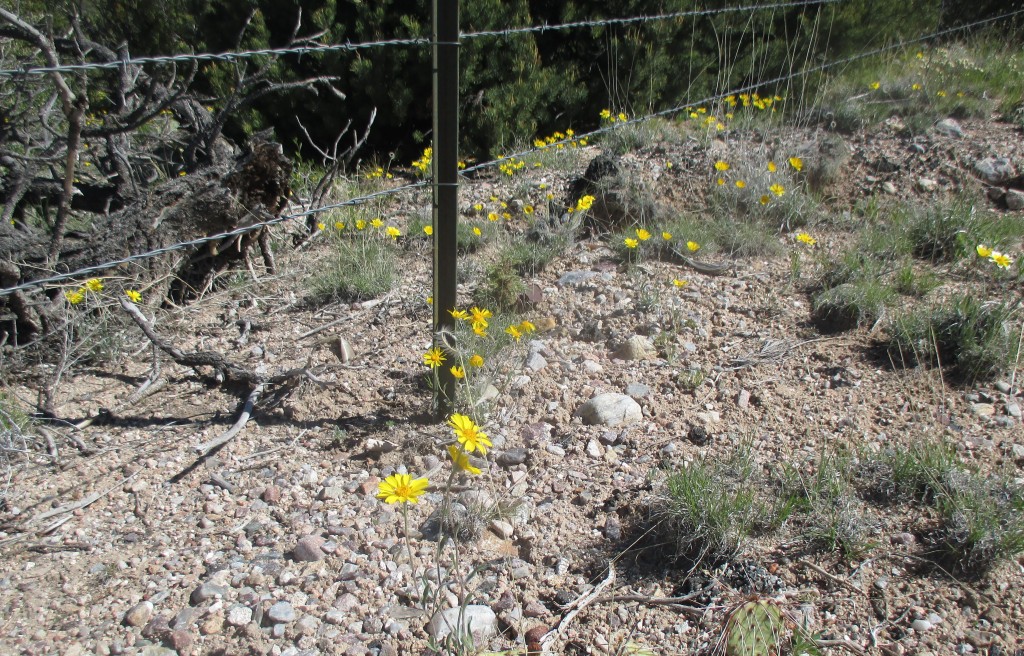 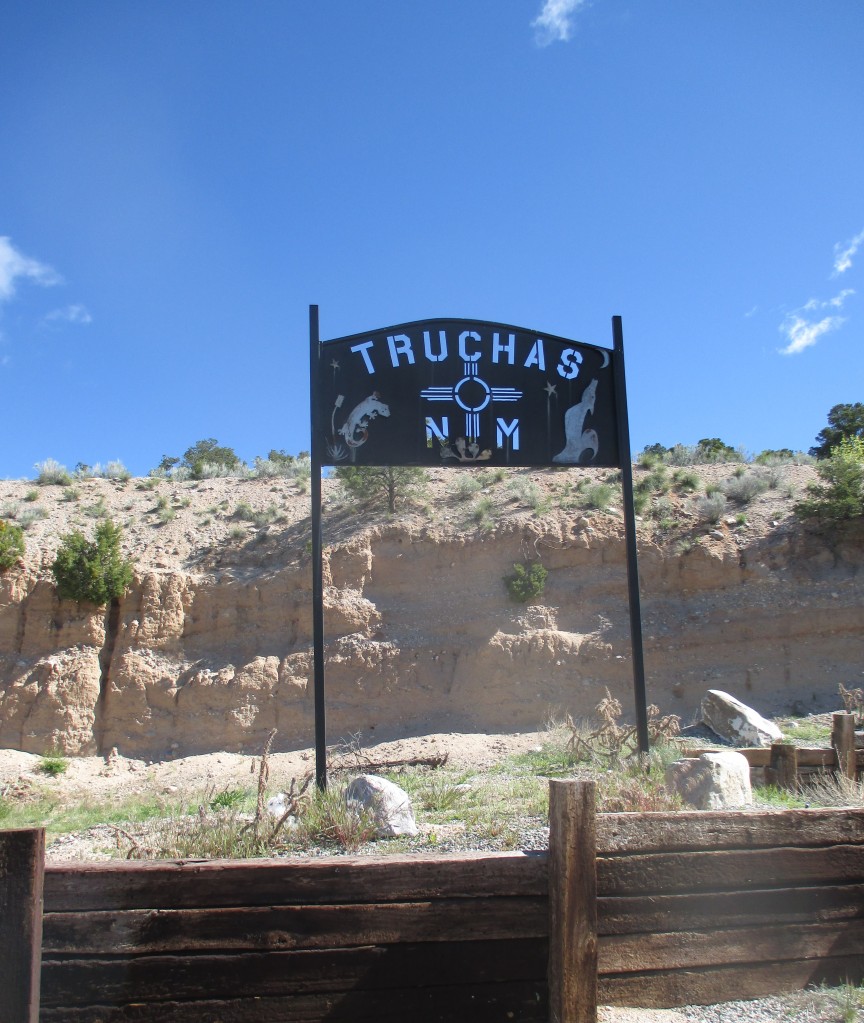 That evening I heard the yip yip yips of coyotes throughout the night, as I lay wrapped up in my cozy bedroom warmed by the woodstove.