2018 had its charms. I was in much much better physical shape than in 2017 but spent about six months in a serious depression. I am starting out 2019 with much less physical and mental pain, and I have regained some lost hope.

In January I decided to weave a tapestry diary and I was really into it for about three months. It was bitter cold at this time last year and we got a lot of snow. I had to consolidate my two studios and focused on squeezing the stuff from my little corner in the Wharton St. house into my already overflowing living room studio at home. Also went to the Women’s March in Raleigh with my family. I thought a lot about this, which I’m thinking about again now.

February was a very creative month. I participated in India Flint’s first online class, Bag Stories, which was a real joy. My WandRbeutel bag is falling apart now, but I can mend it and maybe I will make another. It is a great portable project. Seth Apter came to Greensboro and I took his 52 Card Pickup class – great fun. My books “Flow” and “First the Seed” were in an impressive Triangle Book Arts show called “Re(f)use” at Artspace in Raleigh.

I stitched a LOT in March. Rather obsessively, as I recall. Started India Flint’s Alchemist’s Apron class. Got serious about gardening again, transplanting my perennials from the Wharton St. garden and putting up a small greenhouse.

I got smart and lucky and hired a guy I met in the permaculture guild to redo my main garden area and dig up some unwanted shrubs and dig a hugelkultur bed at the end of my driveway in April. We went to Lake Waccamaw, where I gathered plant material to print and dye my apron and silk threads. 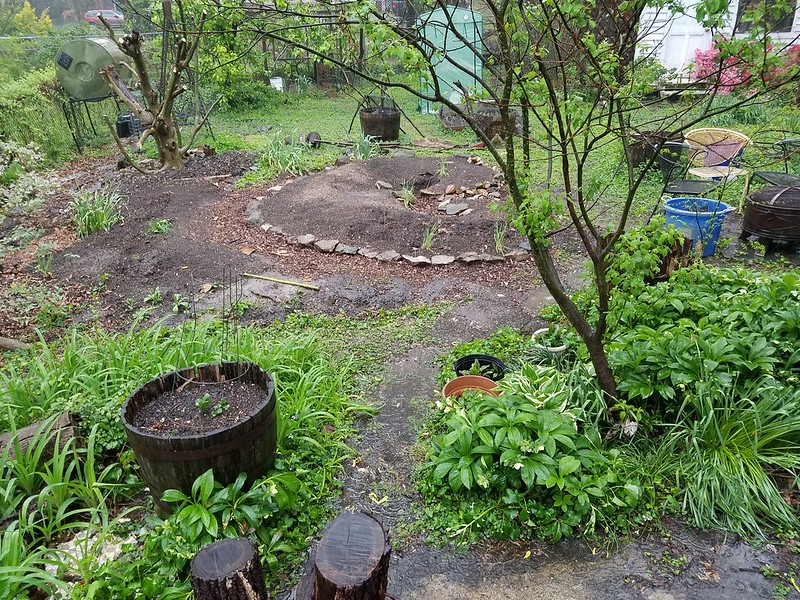 Susanne and I took an incredibly fun workshop from Leslie Marsh and Kim Beller at Topsail Beach in early June that combined botanical printing and natural dyeing on paper with the Zhen Xian Bao book structure. I took a week’s staycation to purge and organize the studio. Groundhog family wreaked havoc.

July is bittersweet in retrospect. I spent the last week at Fred’s house at Lake Waccamaw. It was beautiful and we had a few friends visit. I stitched my hands into numbness so I got out the sewing machine and started working on the t-shirt quilt again. 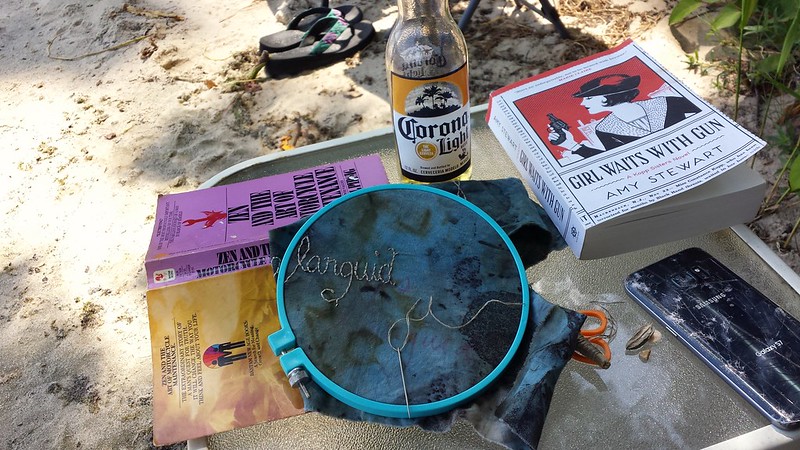 In August, we spent the money to cut down the silver maple, and much of it is in the same place the arborist left it to this day. I picked and dehydrated tomatoes every few days, and paid close attention to what the groundhogs ate and avoided in order to plan for this year.

September – OY. What a big month. Sandy and I took a big wonderful trip to Idaho and Wyoming. We went to Shoshone Falls, Minidoka National Historic Site, Craters of the Moon National Monument, Grand Teton National Park, Yellowstone National Park and Fossil Butte National Monument. Judy met us in Yellowstone and was our tour guide. While we were there, Hurricane Florence rolled in and flooded both family houses at Lake Waccamaw.

In October I went to Talk Story in Connecticut for a long weekend to take a class from Sharon Payne Bolton and made a bunch of new friends. I also realized that I needed some help at home with my deepening depression and started seeing a therapist. I focused on mental healing and the t=shirt quilt, wove the last entry on the tapestry diary and let it go. 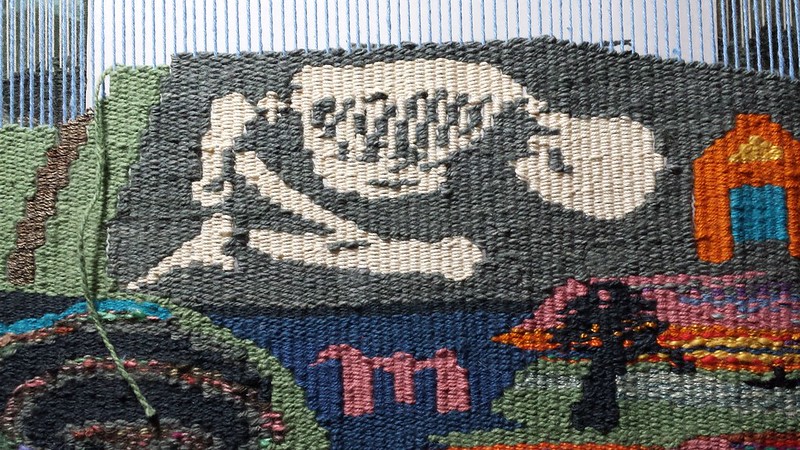 Election and work anxiety made November tough. I got out my mother’s sewing machine and did what I could. Thanksgiving was spent at my sister’s rental house at Lake Waccamaw.

In December my depression lifted, this time for more than a week! Winter Storm Diego dumped a foot of snow on us. Work was better, politics became more optimistic, and we went to my sister’s rental house at the lake for Festivus. We have been at home since then and I finished the t-shirt quilt. 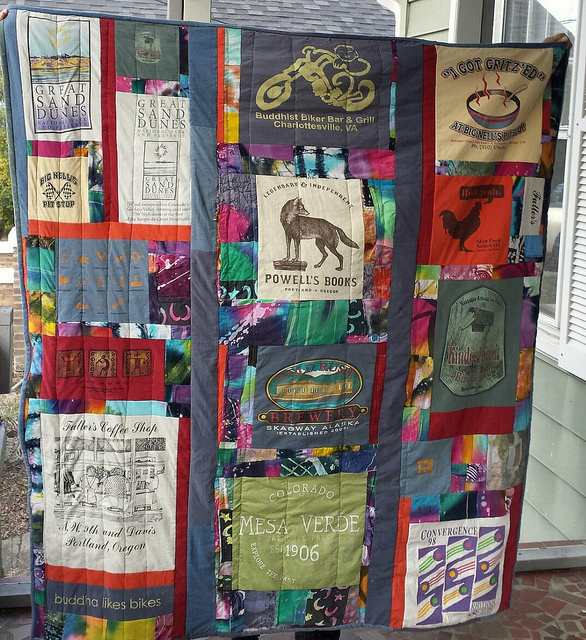