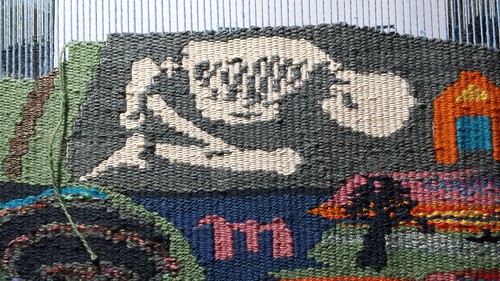 This is day three of my week without social media or news. I suppose that some people would count blogging as social media but I have so little interaction with people here I generally think of it as an online journal and personal portal.

If you have followed me through the years you might know that I began this blog in early 2005 as a healing process for my depression, anxiety, panic disorder and agoraphobia. I am open about my mental health because I strongly believe that we must take away the stigma so that more people, like me, do not wait so long to get help. I am light years better than I was in 2003, which was probably my lowest point, but I still struggle. Much of my problem is physical…panic disorder and depression runs in my family. However agoraphobia is a behavioral response to anxiety so I decided to give behavioral therapy another try. And for the past few years, my biggest problem has been obsessive thoughts and behavior and it keeps getting worse. The political situation in this country has done some real damage to my brain.

Anyway, I’m not going to go into all the details of my therapy, but she gave me two assignments. One was to stay off social media and avoid the news for a week. The other ***GULP*** concerns my game playing. Perhaps it is significant that I waited to tell her that I play games A LOT until the end of our first session. Immediately she said, “Delete your games.”

She nailed my addiction.

I have been playing games all my life, since I was little, to calm my mind. Before computers, since I can remember. I played solitaire and board games where I played both sides. I had a plastic grid with tiny pieces very much like Legos that I constantly made patterns on, sitting on the den floor in front of the TV. (It drove my daddy crazy.) I do puzzles. I am drawn to any game or puzzle that involves logic, strategy, or setting up patterns. Ever heard of nonograms? Candy Crush totally scratches that itch too.

So she backed off a bit when I told her that I didn’t think that I could do that. Instead I am limiting my game playing to a schedule and being aware of the amount of time I spend playing games. I would be embarrassed to tell you how much time I have wasted. It is my way to avoid thinking because my mind is engaged with strategy.

Sewing pieces of fabric together serves this same function, but my sewing machine has been wonky and my hands can’t deal with too much stitching. I cleaned my machine as best I could and the tension has straightened out. It costs about as much to repair this Brother as it costs to buy another, so I won’t be getting maintenance or repair on it again. Once it crashes again I’m going to switch to my mother’s old Singer which dates back to the 50s or 60s. The only reason I haven’t been using the Singer is due to lack of space in my studio. The Macomber loom takes up a lot of space and I need a work table. And I swear that I am going to warp up this Macomber this winter. The warp is measured and ready to go.

Right now I am concentrating on getting my t-shirt quilt finished. It’s beginning to get chilly and the garden is about done. I have never quilted anything (successfully) but this is just a bunch of old t-shirts and it’s not a work of art. I’m going to finish it and get the room back in my studio. I don’t care if the angles are correct or the stitches are even. It’s something to cuddle up with, not to hang in an exhibit. It will be good to get a big project finished.

Also, I finished the summer entries on my tapestry diary and now I’m mulling over how to weave September and October. A lot happened.

Tomorrow afternoon I plan to go down to Gate City Yarns and get a little social time in. Sandy is going to take me out for dinner and we will watch our friend Brad’s jazz band play in the park.

And next Sunday afternoon, I am going to drive to Raleigh for a book making party with the Triangle Book Arts group. I am not going to back out of this one. I have ideas.

In between, I’m going to go to work and get shit done. It’s likely that there will be more frequent blogging.