I just haven’t been able to make myself blog lately. So here are a few paragraphs to catch up on April.

The bed in the Back Forty is complete and I couldn’t be happier with it. 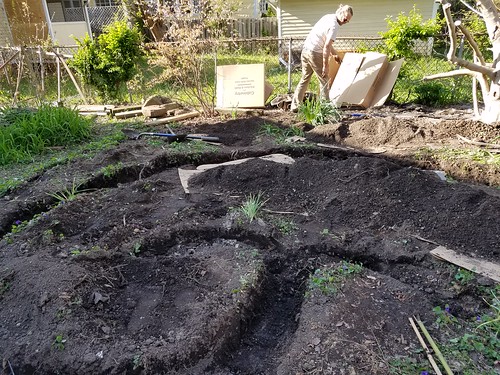 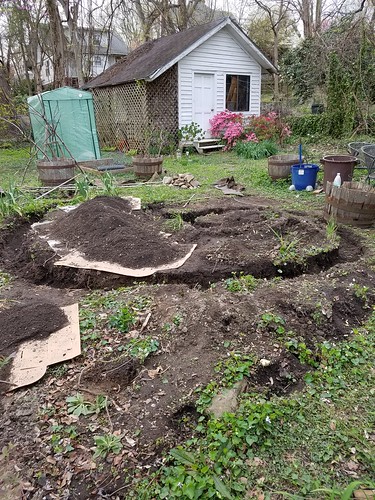 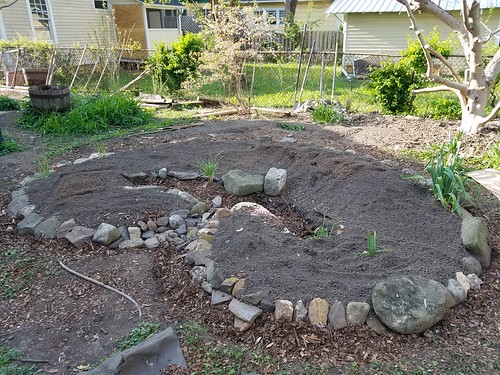 The swale was constructed just in time to catch the heavy rains we have had in the past couple of weeks. I stood outside my back door to take photos of how the water was flowing on April 15, not knowing that a high F2 tornado was on the ground two miles east of me. It is not unusual for us to get tornadoes around here, but this one was particularly destructive in a mostly poor area. It was lucky that it didn’t strike when school was in session because there would have been many more deaths and injuries. 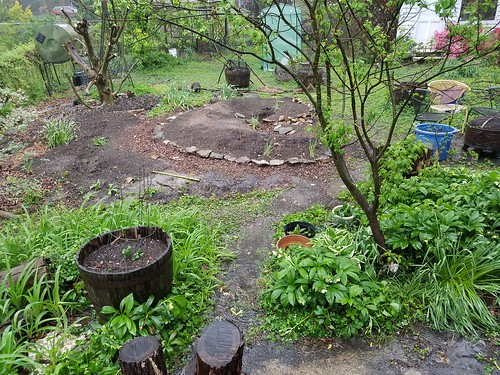 Potatoes and arugula seedlings are coming up in the planter nearest the door. I planted kale, dill, parsley, basil, purple carrot, regular carrot, and a few beet seeds in the bed. In one planter I tossed a bunch of seeds that had spilled out into the bottom of the shoebox I keep my seed packets in. That should be fun. The fig tree looks awful but there are some green sprouts on it now.

We have broken apart some the the whiskey barrel planters that were rotting. They were originally rain barrels on each corner of our house. I remember when I unwrapped them (they were shipped to us) you could smell the whiskey all the way down the block. Too bad that they sprung so many leaks because they did look awesome. Then they had a second life when we cut them in two for planters.

Justin is now working on turning the container garden at the end of my driveway into a plot ready to plant this summer. He’s doing some tree pruning and clean-up for me too, then I will have to let him go because I’ll be spending my money on chiropractor visits and travel.

My pain is much better, and I am seeing a new chiropractor to try to get my neck and hips in alignment. It helps that I have hired Justin to do the heavy work – it was a big plus that he turned out to be a great permaculture designer!

Work has been busy as usual. I’ve played around with natural dyes some for India’s online class, but a lot of my experiments have not resulted in good color or prints. Now I think that the pillowcases I was using are not cotton, or mostly not cotton. I’ll soak some more fabrics in the iron/vinegar mordant and use some tried and true dyes. I’m playing catch-up in her class too, and have been dyeing this silk/cotton thread. The beautiful purple came from dried dark purple hyacinth blossoms that I gleaned on my walk home from work. The olive green is from a mullein dye bath. I’ve gotten some golds, yellows, silvery grays, and browns. The top thread is the original color for comparison. 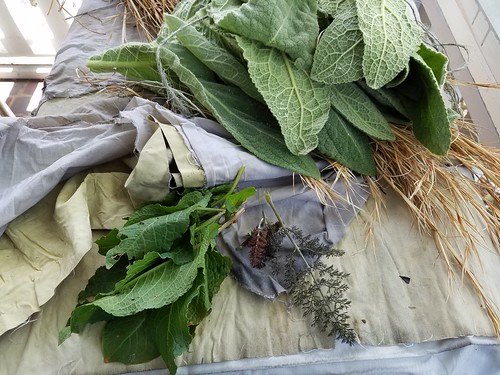 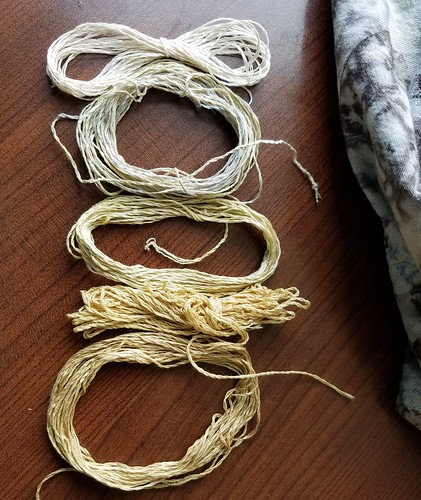 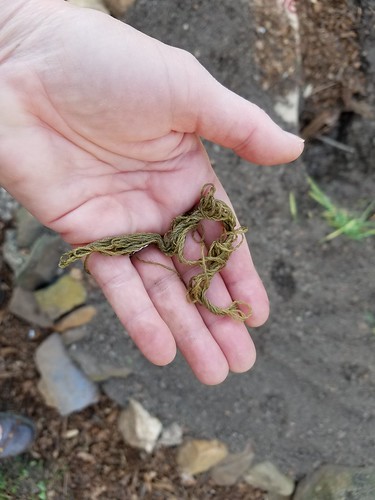 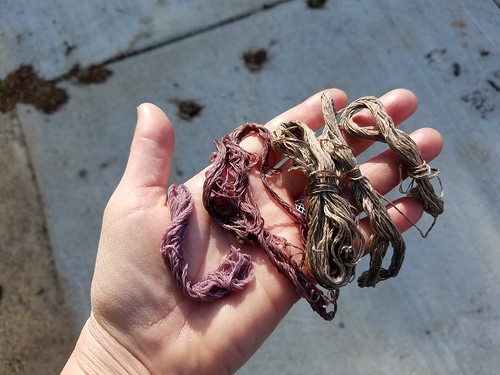 Lots of stuff happening this time of year, and I’ll try to not be so slack about posting. My mood has been up and down. With the end of the semester in sight it will get better.