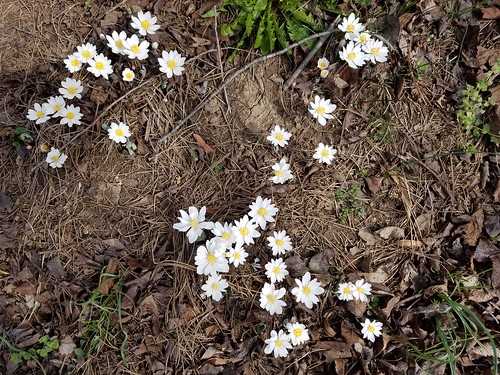 Bloodroots and my favorite little blue flowers that I can never remember the names of are starting to bloom in the front yard. I am slowly working on replacing the soil in the pots to have them ready for tomatoes and peppers. I don’t know if I will get around to seed starting this year. My attention keeps getting diverted. 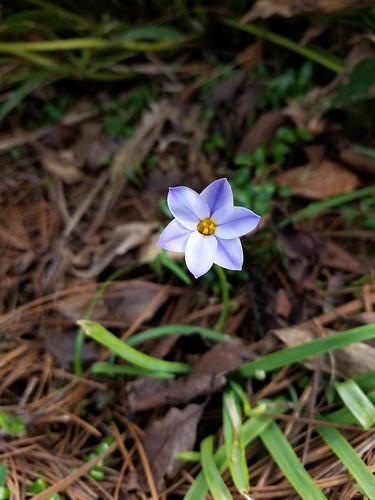 Yesterday afternoon, I transferred the pineberries to a raised bed and planted the asparagus roots to one of the half-barrel planters. I think that they still had some life in them. We’ll see. The pineberries looked great and I hope that I’ll actually get to taste them this year. Still trying to decide where to plant the two raspberry canes. Maybe in another planter. It is supposed to rain all day today, so I’ll post photos later.

Last night we went to a friend’s house and ate chili and drank a couple of beers around a fire. I’d forgotten how much I love that smell in my hair and my clothes. It reminds me of camping and the Rev War reenactments we used to do. I don’t really miss the reenactments. They started to be a lot of work and not so much fun.

We’ve both been futzing around with our phones. At least I could transfer most of my stuff from my old phone to my new one. It’s a little frustrating anyway. I love the camera, but it took me forever to figure out how to transfer my photos off the phone to Flickr and to my computer.

I watched Craftsy videos on Sunday until I couldn’t take it any more. Heh. Learned a few tricks though.

Would somebody give me a million dollars so that I can quit my job and just sew and weave and garden and go to art retreats once a month? That’s all I want to do.

Also, the nagging suggestion in my head that I need to organize and lead an art retreat at this place has returned: Anam Cara.