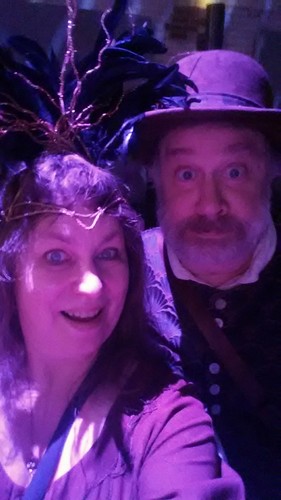 Ah, first day. We went out for the first time on New Year’s Eve in many years to a Steampunk Ball at the Haw River Ballroom with friends, and it was fabulous. We all enjoyed dressing up steampunk and dancing. The music was fabulous, both the dj selection at the beginning of the evening and the live music by the Onyx Club Boys later. I could see myself getting into this bigtime.

Today I’m looking ahead. I am actually going to begin a tapestry diary today, something I’ve intended to do for several years. I have a frame loom warped already and I’ll use that. The plan is to work on it weekly, but I’ll attempt to do something daily if it is at all possible. I’ll probably use a photo for inspiration of color or shape. I’m not going to promise myself to work daily on anything, because I’ve seen that aspiration go down in flames too many times. It only produces guilt.

Another goal is to not buy any clothing, books, or art supplies for the next year. Basically, nothing that is not necessary. Something else I’ve wanted to do for a while. I have enough books to last a lifetime and I need to get rid of a lot of stuff.

I want to spend more time with the Triangle Book Arts group.

I don’t want to sell anything or enter competitions or juried shows again this year. This may change.

I have to consolidate my studios soon, and I’m getting there little by little.

Trips and workshops for the year are planned as followed: Seth Apter one-day workshop here in Greensboro in early February! Tapestry Weavers South retreat on the Georgia coast in May. I have put down a deposit for Tommye Scanlin’s tapestry class at John C. Campbell Folk School, but since I am third on the waitlist and it is the week of Memorial Day, I have very little hope of getting in. I especially want this one because Jenny, a friend from Washington state, is going, and I always want to spend more time with her.

Sandy and I plan to take a week in mid-September as usual, but this time we are going to try to hit both Grand Teton and Yellowstone National Parks in our quest to visit as many National Parks and Monuments as we can. My friend Judy from Montana plans to join us.

Here are more photos from last night’s festivities, including our friends Jerry and Susan Wong. Gerald Wong is running for Congress. How’s that for cool friends! 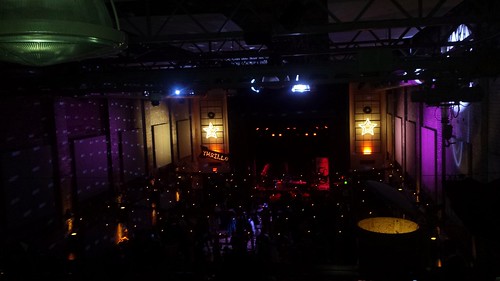 From the peanut gallery at the Haw River Ballroom 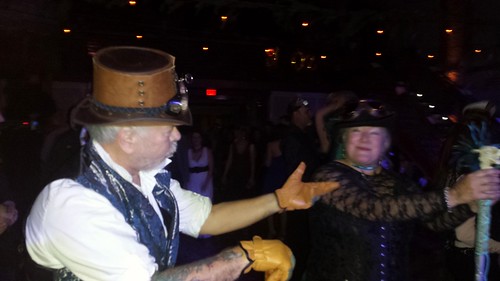 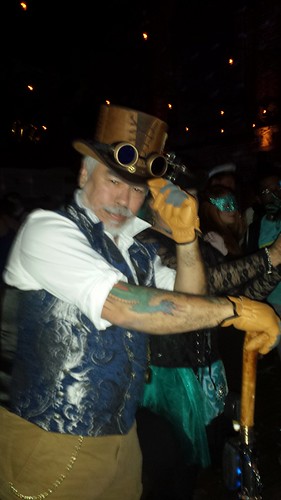 Jerry made this awesome staff that had lights that synchronized to the music. 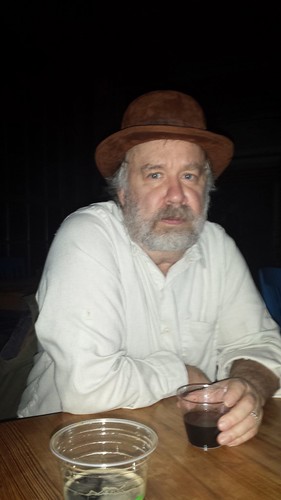 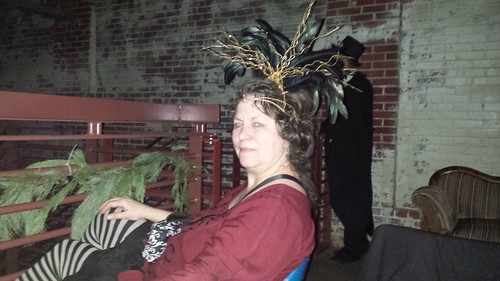 Sandy and I relaxing between dances 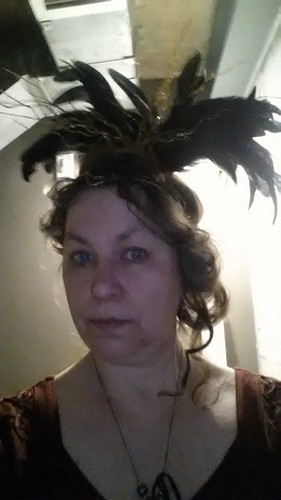 I don’t normally take bathroom selfies, but it was the only place with light!