Trerice was one of those travel plans that I was not going to change. We also had Pendennis Castle on our agenda for today, but I realized that it was going to be too much for one day. At least Trerice was on the way to our next destination near Tintagel.

Trerice was built in 1572 by John Arundell V and was restored and taken over by the National Trust in the 20th century. Winston Graham wrote in his book Poldark’s Cornwall that it was the inspiration for Trenwith, the old Poldark family home, in the Poldark series of novels. Here’s a link if you’re interested in the history of Trerice.

While we were there we played dress-up. 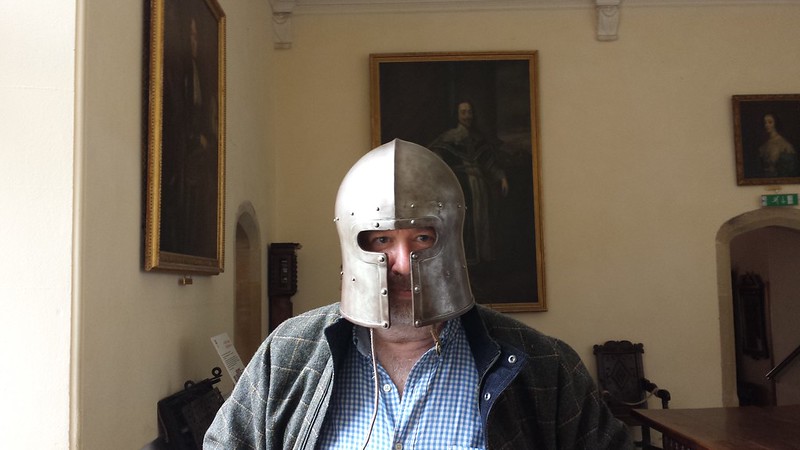 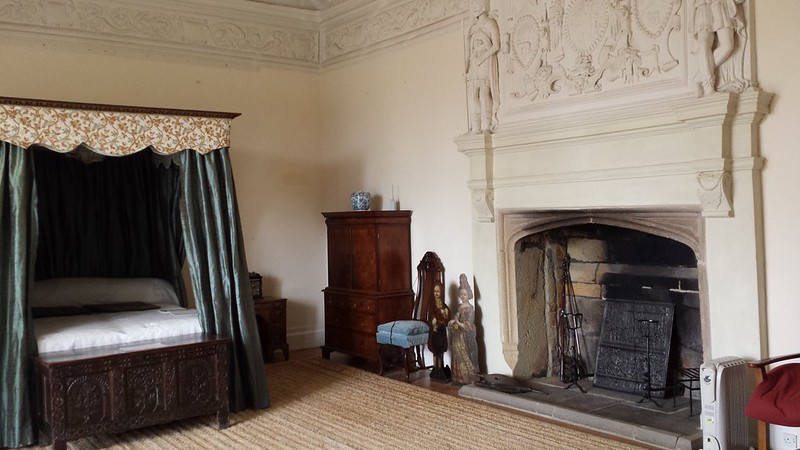 ^^^Take a closer look at the CEILING of the bedchamber. That’s original plasterwork. 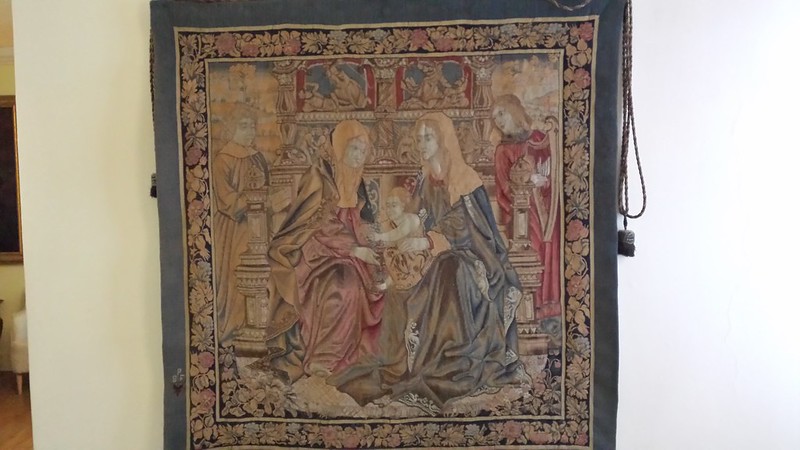 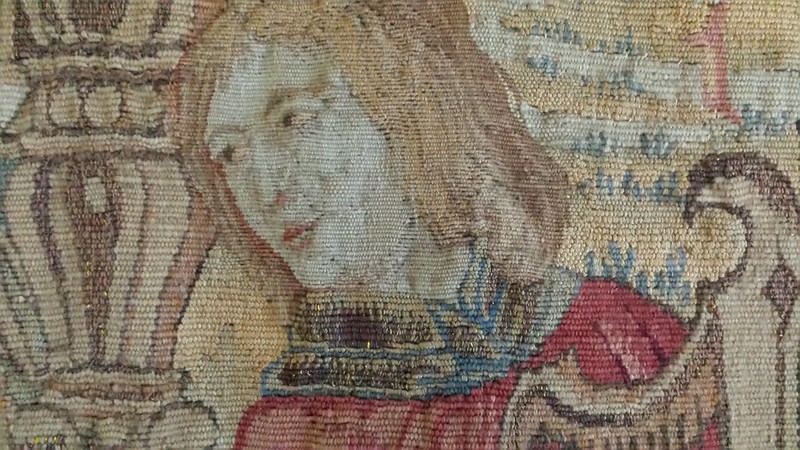 ^^^I could find no information about this small tapestry. There was other old fiber art as well. The embroidered curtains are 400 plus years old! 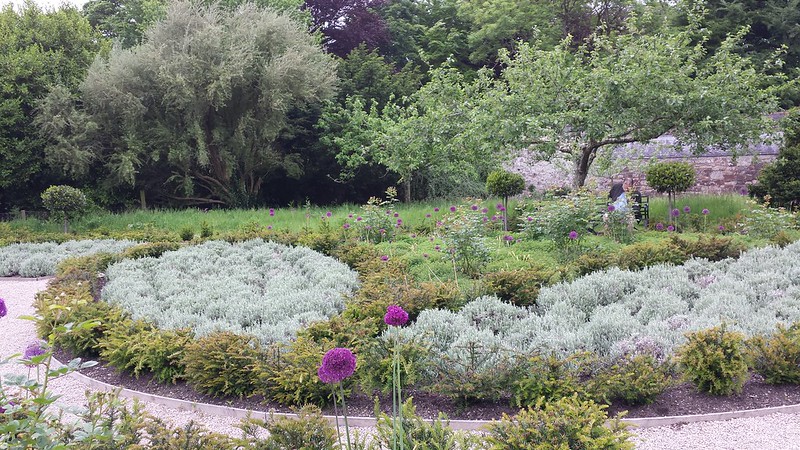 We had a late lunch of salads at the cafe there, roamed the gardens a bit, then headed on to our inn for the night on the north Cornish coast. It had turned foggy and we were on narrow roads. 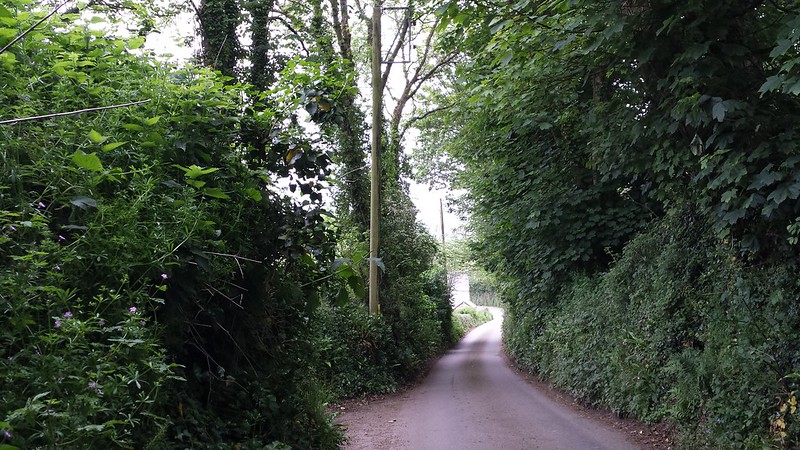 Sandy turned right across traffic and suddenly got confused about a yellow grid painted on the road and stopped in oncoming traffic. I screamed, “Sandy, GO GO GO!” as I watched a white and purple van come out of the fog right at my side of the car. Sandy pulled forward just as the van passed behind us, horn blaring. I still do not know how he missed us. If ever I were to believe in guardian angels, that would have been my evidence. I was completely freaked out and shaking for the rest of the drive to Treknow, convinced that we had been a second away from death or critical injury, along with the occupants of several other cars. (2020 update: to this day, this is the closest call I’ve ever had to seeing if there was an afterlife, and I’ve had a few.) 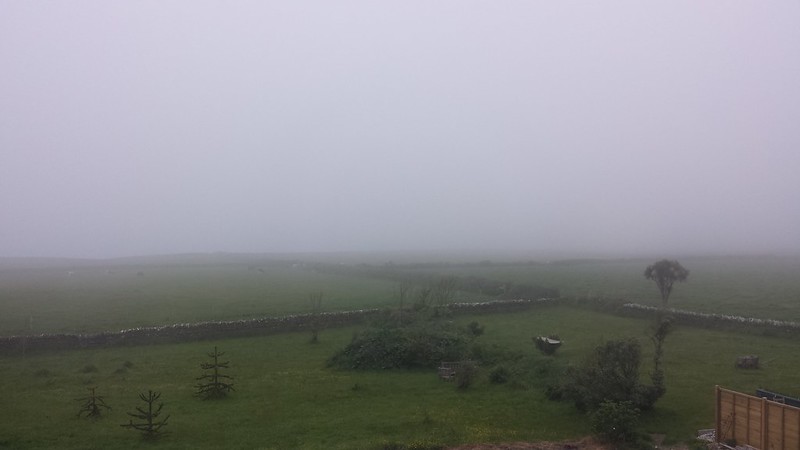 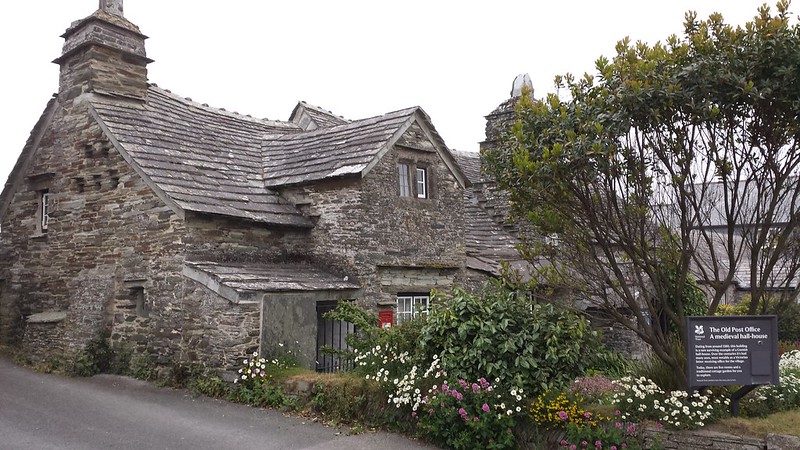 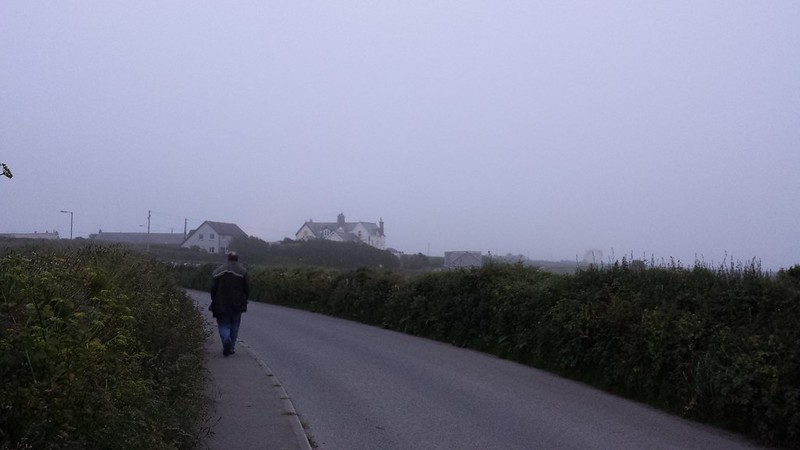 We walked a couple of miles into Tintagel for dinner. I was not getting back in the car until I had to. It was too foggy to take the coast path, but fortunately there was a paved footpath (sidewalk) all the way that was pleasant and lighted, with places to sit along the way. We had dinner at the King Arthur Arms, then settled down in our very comfortable room. The problem in this room was the opposite from the room the previous night – it smelled too good and I have a fragrance allergy! I took allergy meds and tolerated it fairly well. I could tell that it was a wonderful place to stay and I didn’t want to leave it, so I found a blanket and a decorative pillow in the room that were unscented and slept with those on my side of the bed.

In the morning, we woke up to perfect weather.

2 thoughts on “Tuesday, May 23: Trerice to Treknow”