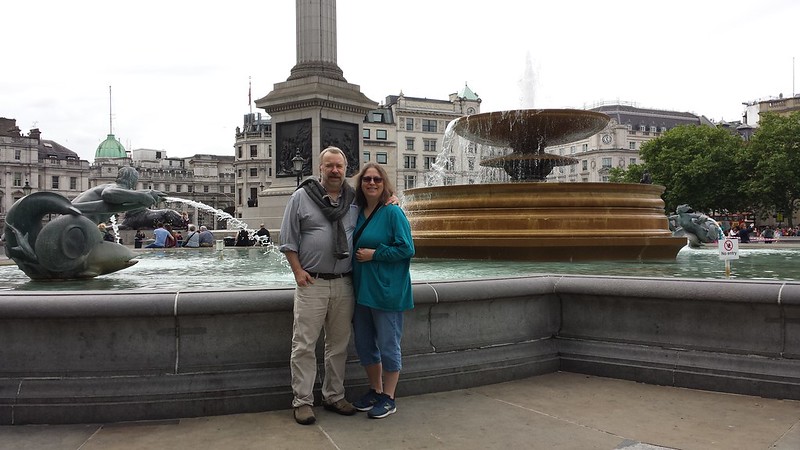 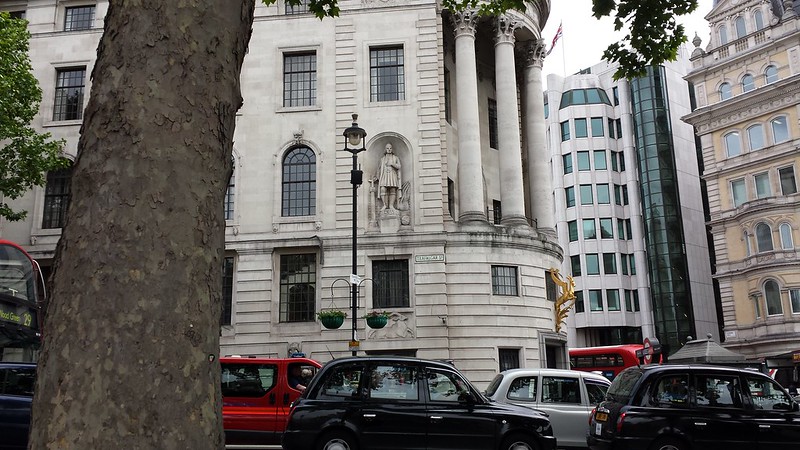 ^^^Back in Trafalgar Square

On Thursday we slept late and had a light breakfast at a local coffee shop, where we learned about the English condiment brown sauce. I think that the jury is still out on brown sauce.

Since we missed much of the National Gallery of Art, we went back just to see some highlights, such as this Van Gogh, this Cezanne and a room full of Rembrandts: 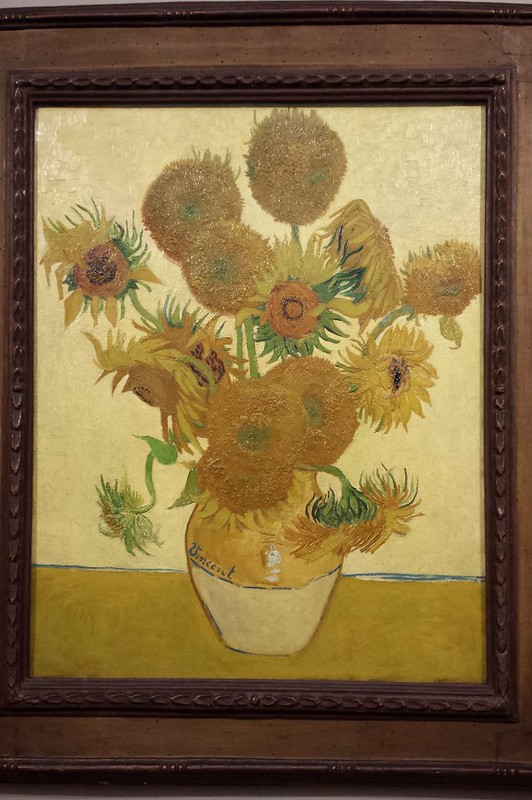 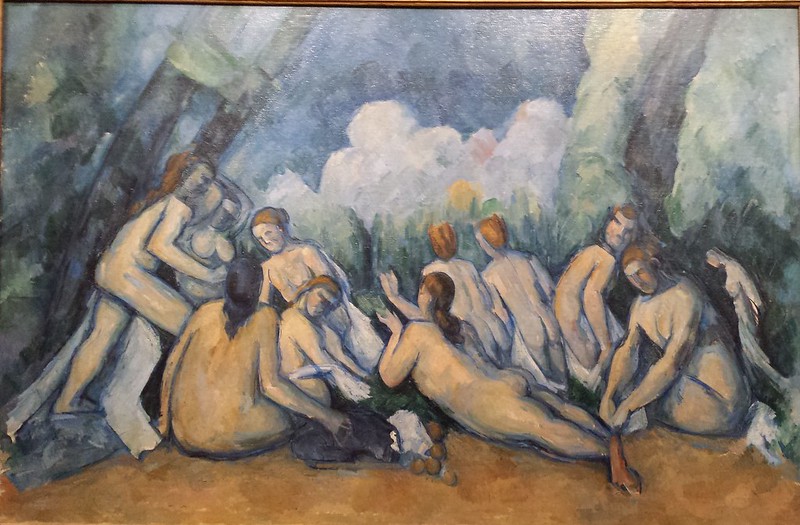 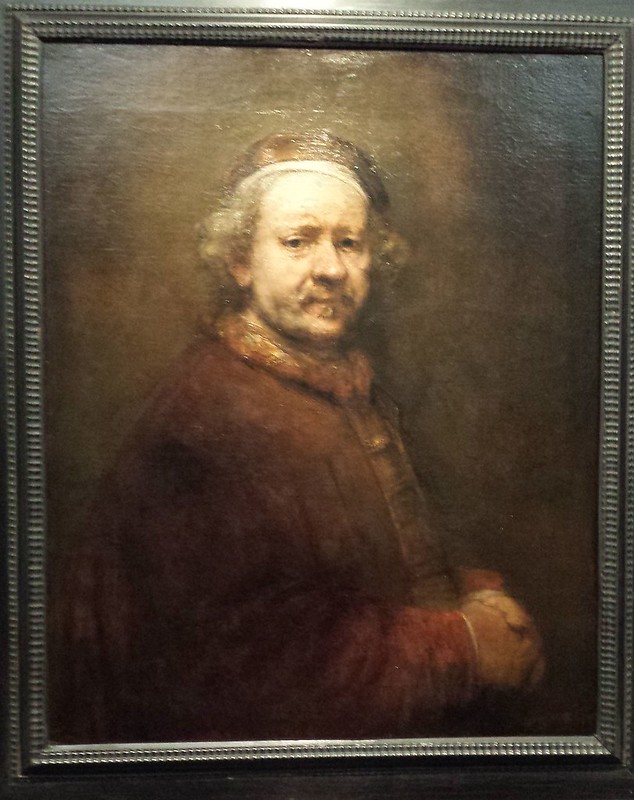 The rest of the day was for shopping. This was mainly for Sandy’s benefit, since there has never been a tourist trap that he could resist, but I can be just as bad about antique stores and craft galleries. I read in a local magazine that Portobello Road was an excellent street for antiques, so we went there. 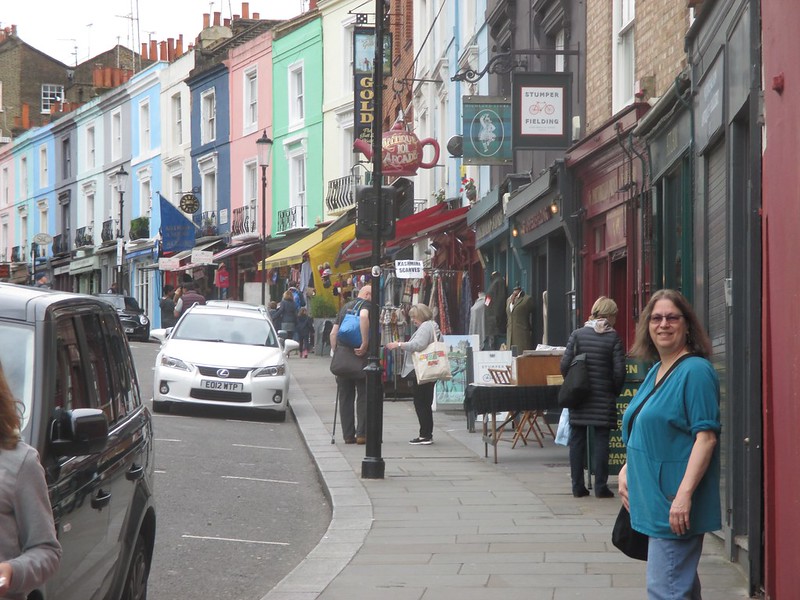 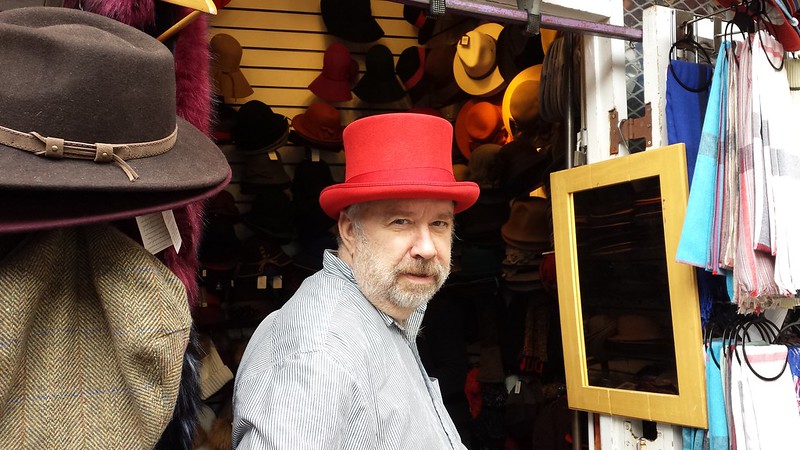 ^^^I really wish I had bought this hat for him now. He rocks it.

I bought us both coats in a Scottish clothing store there. You’ll see them in future photos. I was never cold in London, but I decided that I needed a raincoat. I came very close to buying a whole bunch of cabinet hardware in one shop. 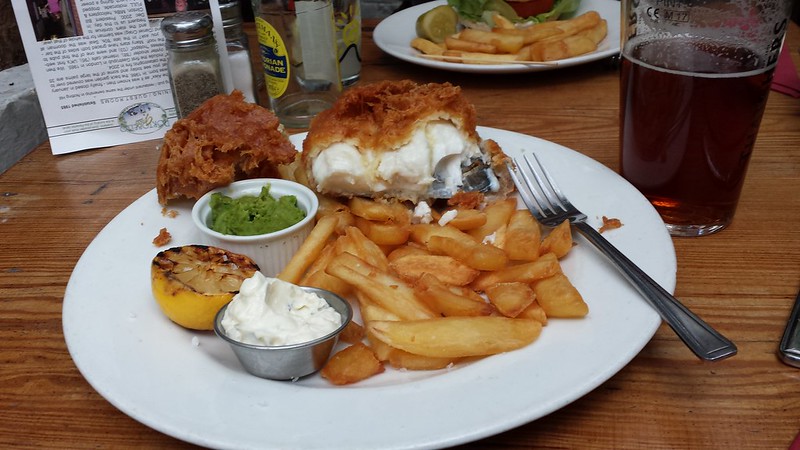 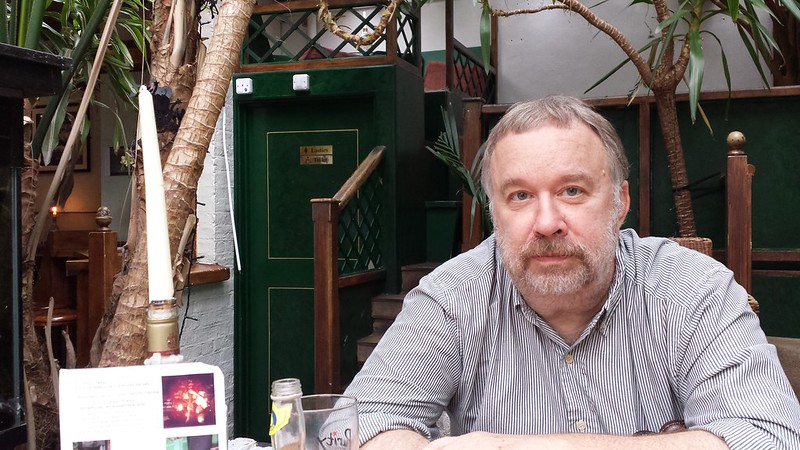 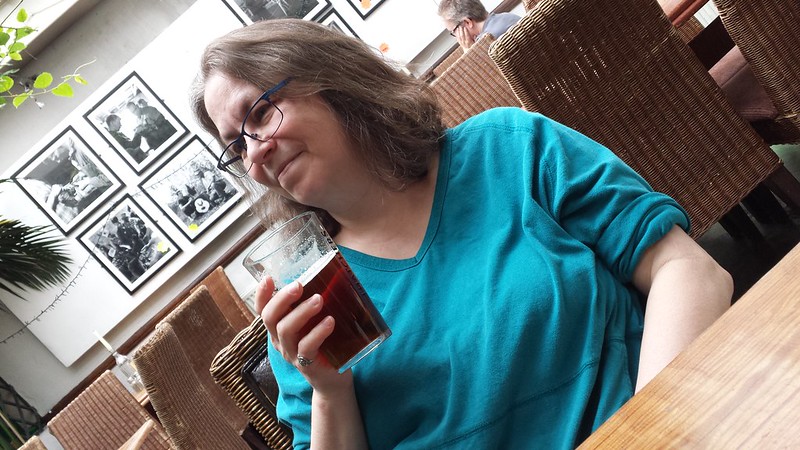 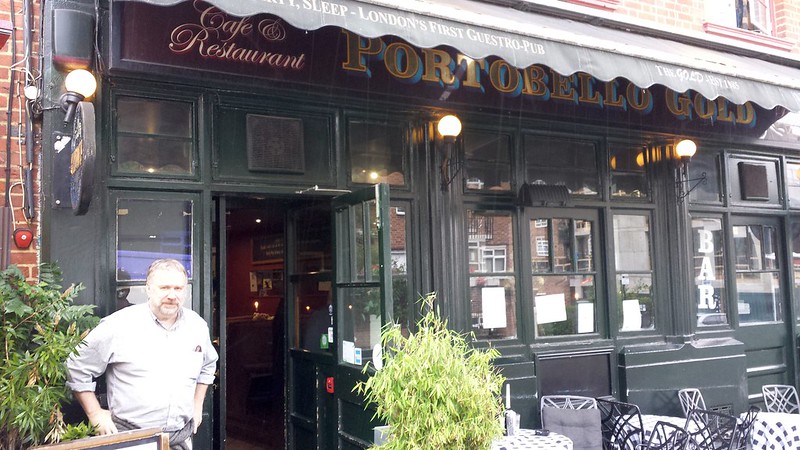 ^^^We ate lunch around 3 p.m. at Portobello Gold, where I finally ordered fish and chips. It started raining again so we relaxed there a while. 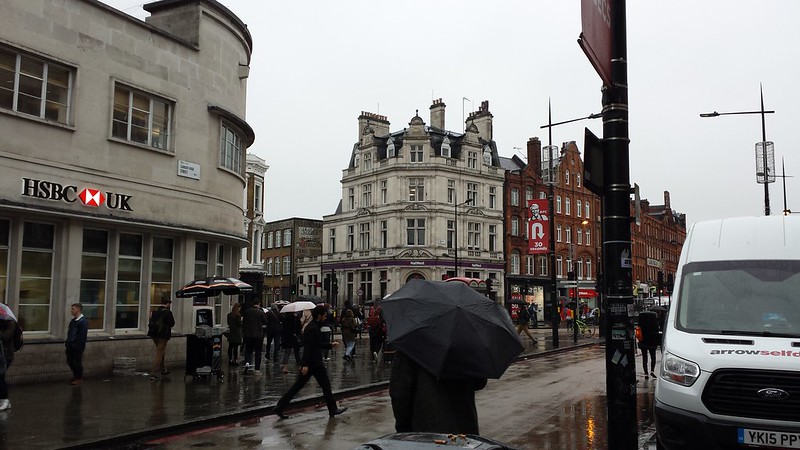 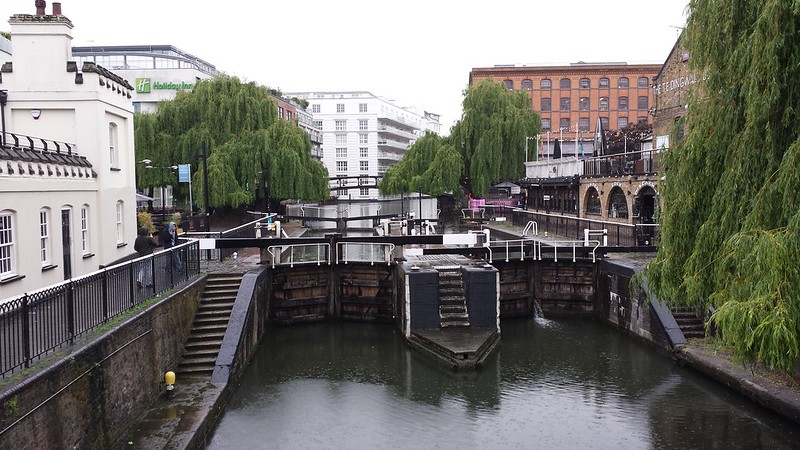 ^^^We went to the Camden Market and Camden Locks. I didn’t take a photo of the market itself. However, if you could picture what a mild version of hell might be for me, it would probably look like Camden Market. We finally left after I went through shooting my entire repertoire of looks of dismay, warning, and finally desperation at Sandy. Not my favorite part of the trip. I looked forward to getting out of the city.

That night we packed for the next morning and walked around the neighborhood before settling on Bella Luna, an Italian restaurant, for a late dinner. They played Christmas music THE WHOLE TIME. At first it was a bit more classical, but when it changed to “Santa Claus is Coming to Town,” the table just behind us was also chuckling about it. Sandy merrily called out some joke about it as I turned around laughing, and for the first time, we got the British shock treatment. We had butted into a conversation with strangers, and the reaction was freezing cold. This was not Ireland, ya know.