After breakfast at our guest house, we decide to hit the Tower of London first. It was a sunny, breezy day, perfect temperature to stroll around the ramparts of an ancient fortification beside the Thames. As you can see, the Tower of London is not just one tower. 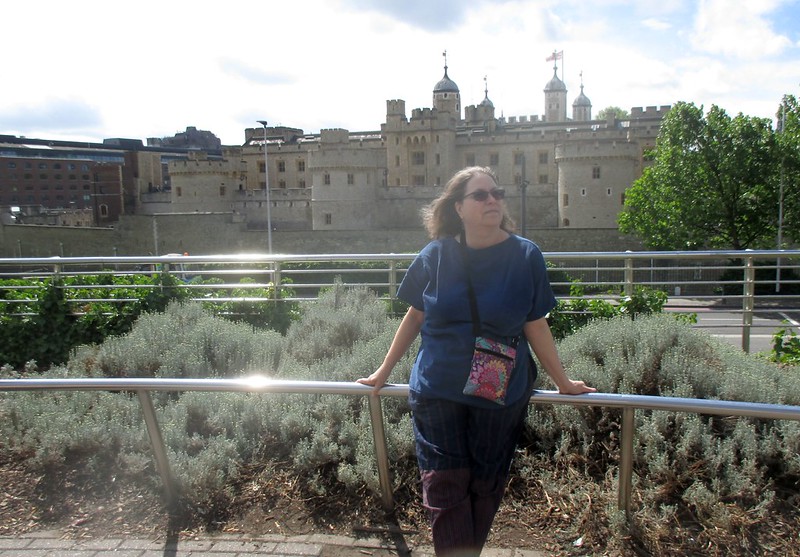 ^^^See that guard in the background? We found out how serious they are when a toddler ran out on the grass and he yelled and pointed his rifle at her. An older woman was trying to get her to come back and finally had to step out there and grab her as the guard yelled at them. I was shocked. I wonder what he was guarding? The crown jewels are on the other side (the only place in the complex we didn’t go, since we don’t have much interest in sparkly stuff), guarded by this guy. vvv 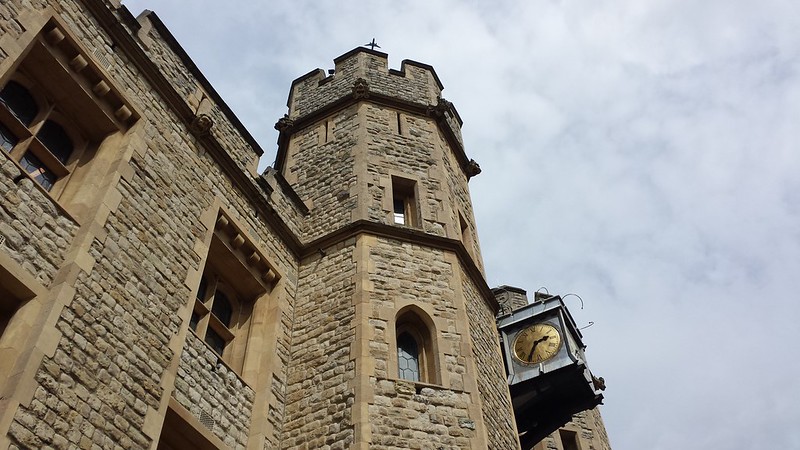 ^^^I was trying to take a photo of the gargoyles and a plane flew over at just the right moment.

There was a dragon sculpture made from objects such as pieces of armor and dueling pistols inside the White Tower. There were fun activities for kids, and we did those too. Re-enactors led groups of children through the complex and had them laughing and shouting in various little interactive scenes. 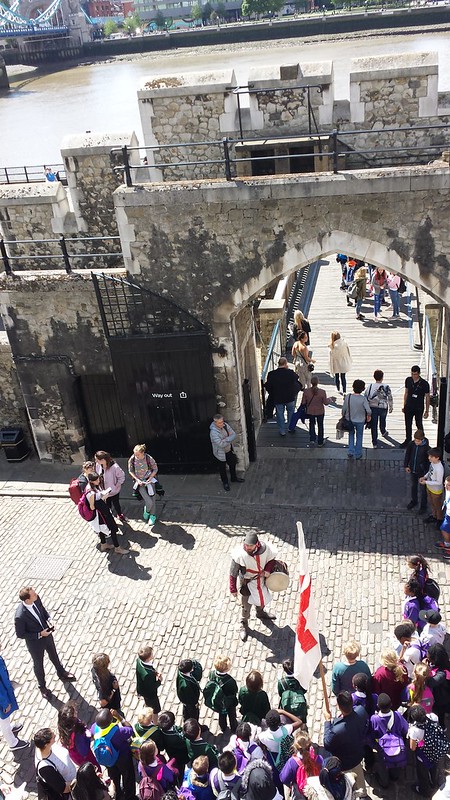 At the Royal Fusilier Museum, we found out how wimpy we were being about our backpacks when we both tried to lift a backpack only one quarter of the weight that each Royal Fusilier soldier carries. I could only lift it about two inches.

Tower of London: well worth the money, I think.