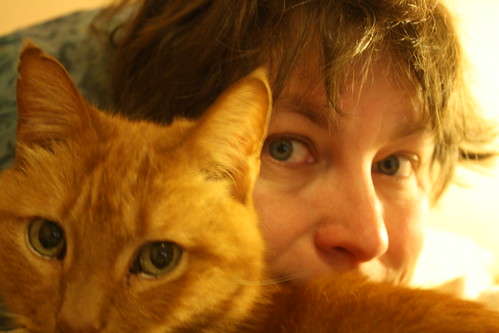 ^^^Theo came to live with us on November 1, 2009. The vet thought that he was probably around 8-9 years old. We adopted him from the Friends of the Shelter Cats rescue group at PetSmart, where his name was Timmy. He had been in and out of there since that May. We had no plans to adopt a fourth cat, but I kept looking at him because he looked exactly like my beloved Squirt. Finally I asked to hold him and Sandy looked at us and turned to the volunteer and said, “How much is the adoption fee?” 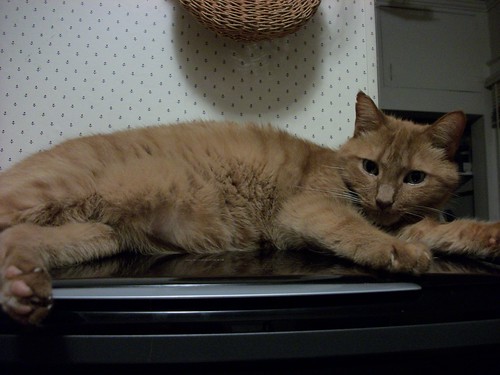 ^^^2010: He was a fairly small cat and had a lot of allergies but he got a bit fat and sassy pretty quickly at our house. Jazz always despised him, but that’s the way she was. Guido tolerated him most of the time after a few days of hissing. 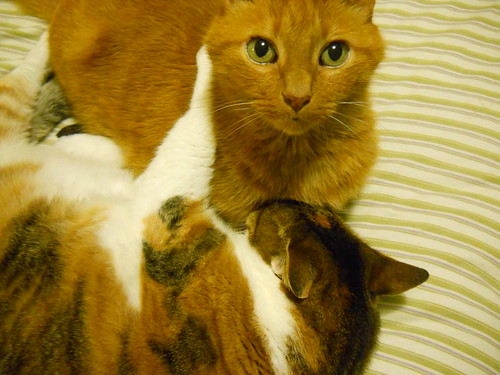 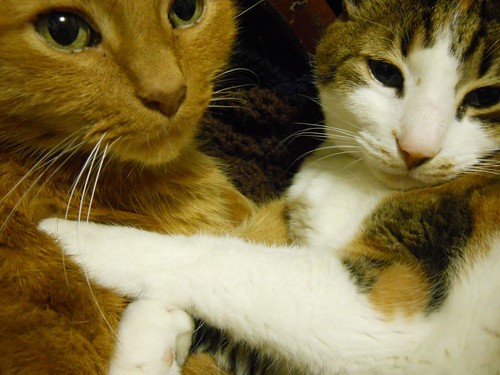 ^^^Not sure of the date on this, but Theo and Lucy were pretty good pals. He played the dominance game with her until she kicked his ass every morning.

^^^2013, before the young terrors destroyed the upholstery and Theo lost the position of Top Cat. 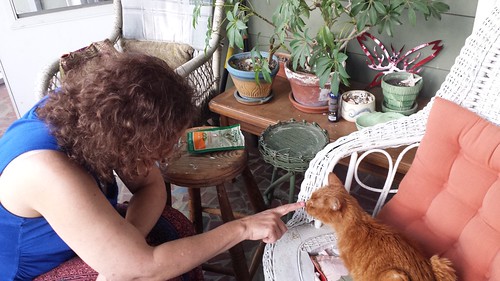 ^^^2017: Friends came to visit him on the front porch on Wednesday to give him treats and petting and love and to say goodbye. 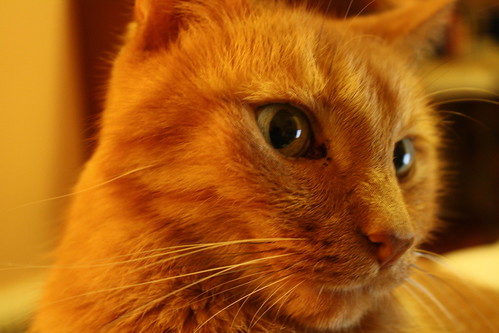 Oh, it hurts, it hurts, it hurts to let Theo go. The vet said it was best to go ahead and do it because he was so severely anemic that he needed a blood transfusion to even diagnose him, and he was obviously emaciated and very sick. But I know we gave him a great life, and we were lucky to have him.