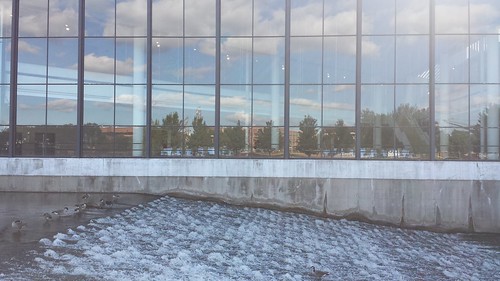 Reflection in the Century Center next to the St. Joseph River

These photos are from my brief trip to see the American Tapestry Biennial 11 at the South Bend Museum of Art on Sept. 2, 2016. See my previous post for photos from the exhibition.

I arrived late Thursday night on Amtrak after flying to Chicago and hanging around downtown most of the afternoon. I booked a great inexpensive AirBNB room near downtown near the river and hospital, so if you ever need a recommendation for an AirBNB in South Bend, contact me in the comments. The only struggle I had in South Bend was finding a good cab service. Yellow Cab finally came through for me. I walked around most of Saturday and early Sunday morning. Even though the town’s downtown streets and sidewalks were torn up for widening the streets, it was still a pleasant experience. I needed some river time. 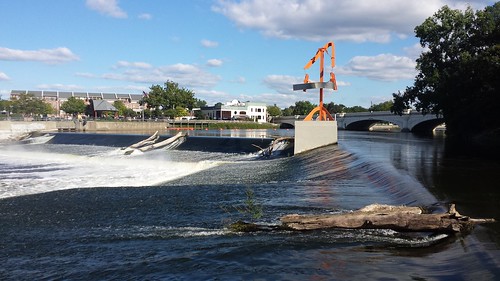 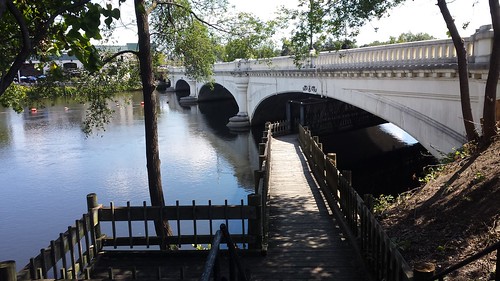 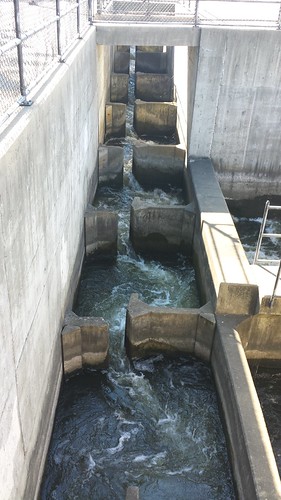 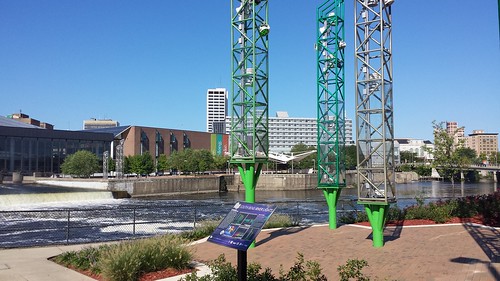 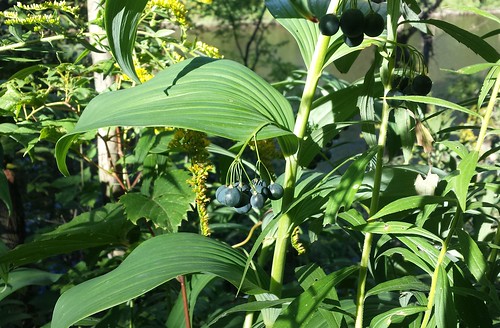 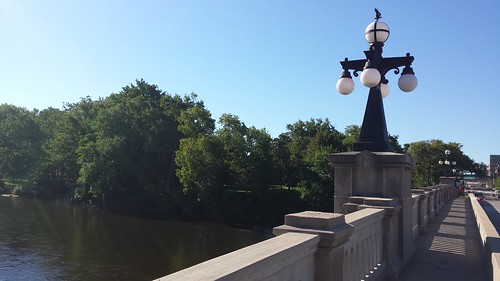 In tiny Pier Park next to downtown, I became fascinated with the old paving bricks. I think that I might use these in some kind of artwork. Maybe tapestry. 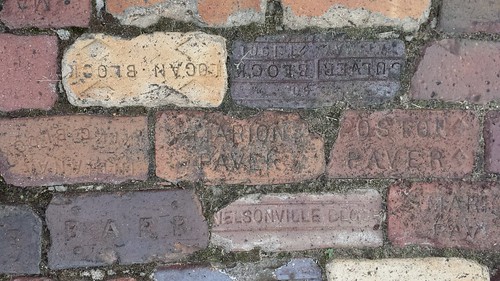 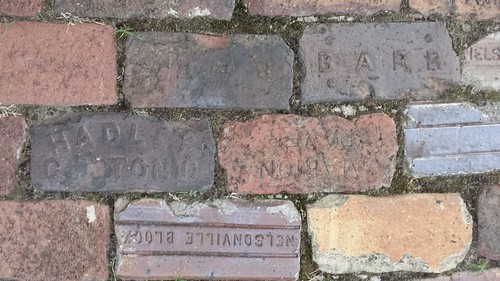 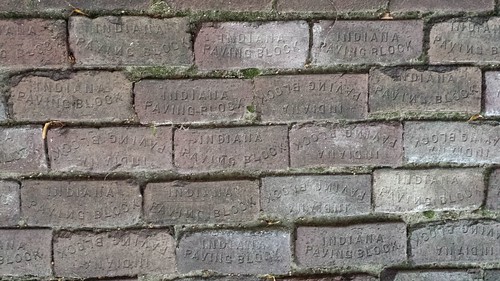 I never went over to Notre Dame University, but downtown had interesting architecture. Some unusual small shops, a natural food co-op and a yummy Italian bakery are on the east side of the river. I went to Fiddler’s Hearth and ate a banger boxty and drank a couple of pints for a late lunch. They had trad music later that night but I ended up back in my room early, since I had plans to explore the Art Institute of Chicago the next day and needed to catch the train early. Next post, Chicago. 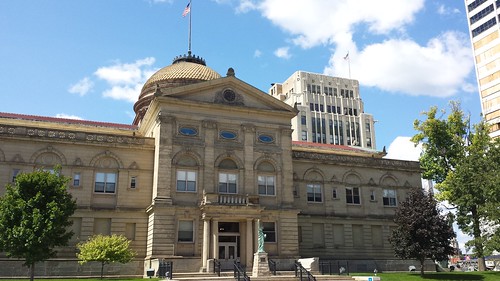 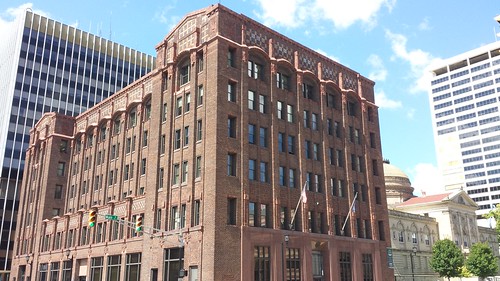 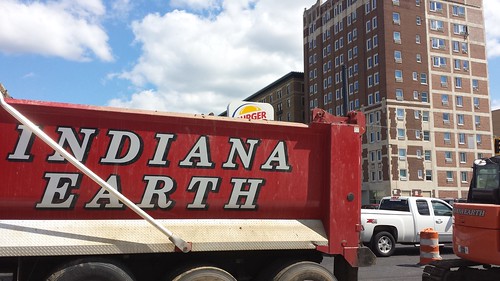 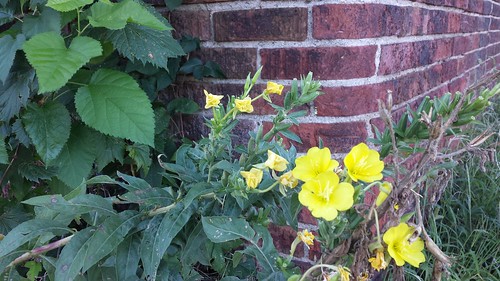