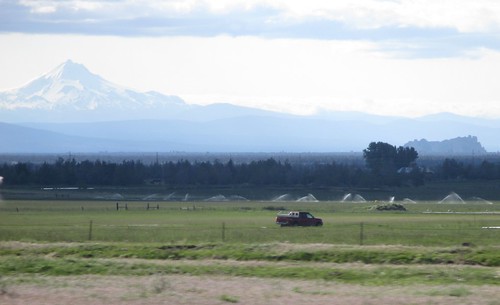 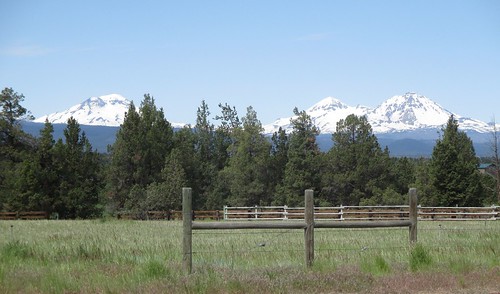 After the Painted Hills, we drove through an area where a lot of the forest had been burned by the wildfires last year. It was beautiful in its own way and I wish that I had stopped to take photos, but at this point I was ready to experience the area without a camera and I was driving to give Sandy a break.

We decided to stay in a cheap motel in Bend, the Rainbow Motel. It was a good value and clean, but there was a slight funky smell that I didn’t like but was able to get past. At least it didn’t set my allergies off. We went downtown and walked around a bit before eating at the Pines Tavern, beside a couple of large pines that grew through the roof of the restaurant. We were definitely winding down.

The next day we needed to return the car by 6:30 p.m. We stopped in Sisters and spent a few hours wandering around and having lunch, visiting a local weaver’s shop and buying some more clothes. I will need to make some clothing donations to Goodwill after this trip, but to be honest, most of my clothes came from thrift shops to begin with so the worn out ones will show up in some cloth woven squares.

We drove on to Portland, dropped our luggage off at the Crystal Hotel, and Sandy got to drive in rush hour Portland traffic. We turned in the car at 6:27 p.m. and then took the train back downtown and spent a couple of hours at Powell’s Books. We didn’t eat out – we were tired and I had a lot of really good snacks with us that we didn’t have room to take home in our luggage.

The Crystal Hotel is on the National Register of Historic Places and each of its rooms is decorated with the theme of a song by an artist that has played at the Crystal Ballroom. Our room was “Long Haired Child” by Devendra Banhart. I’ll probably stay there every time I go to Portland because I like being so close to Powell’s and the TriMet light rail system. 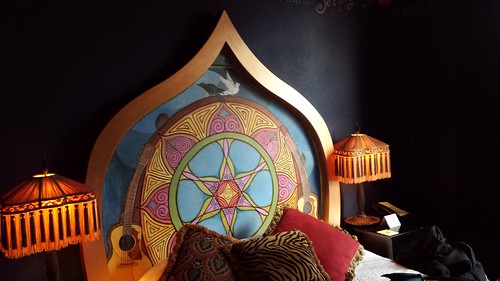 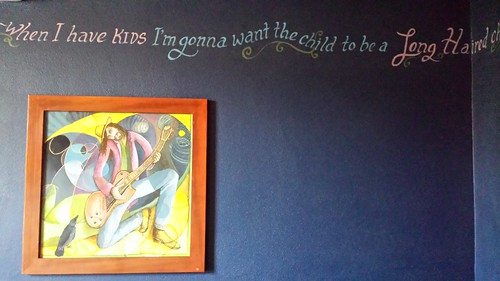 The next day we were beginning to feel the burn to our checking accounts and our hips so we walked around downtown then took the train to Washington Park, then a bus to the Rose Garden, which had free admission. We were there during the Rose Festival and even though I am not wild about formal gardens I have to say that the variety of roses were stunning, as well as the view of downtown Portland. 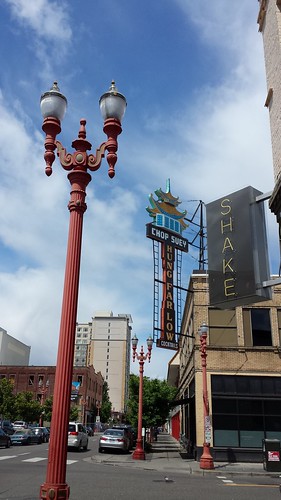 ^^^I apologize but I had to laugh at this sign in Chinatown. 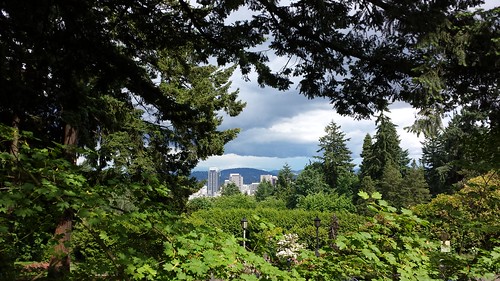 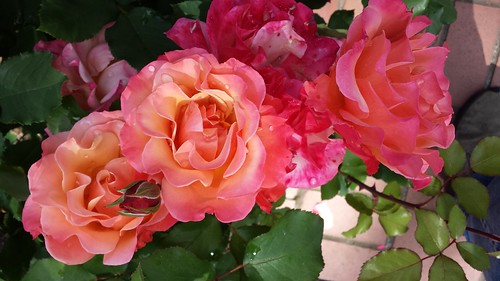 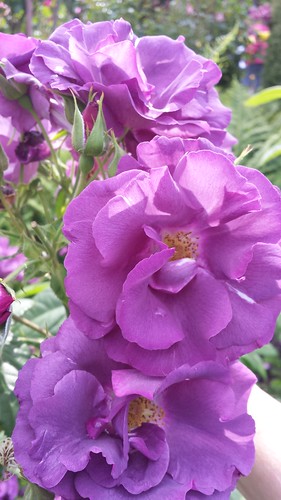 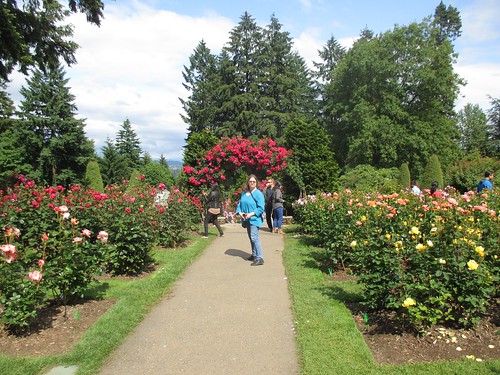 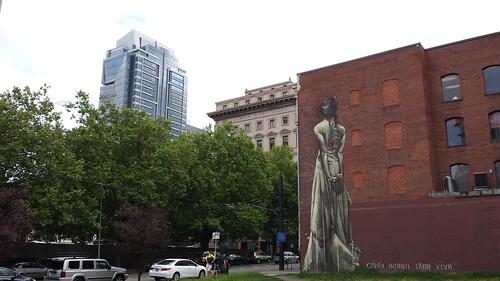 Two more visits to Powell’s Books (God, how I love that place) snagged me several books from my list, mostly on collage and fiber art. We ate pasta and seafood (but no crawfish) at Jake’s Famous Crawfish that night. We were clearly ready to go home, which means that we traveled for exactly the right amount of time. 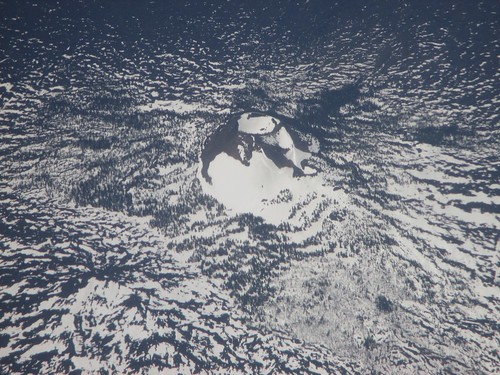 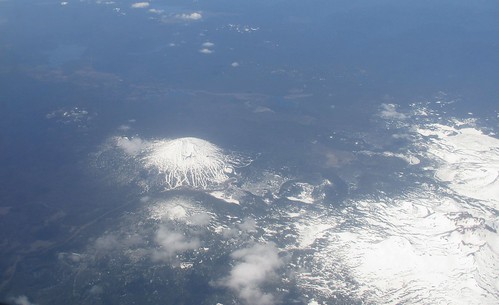 Once again, we were assigned pre-check at the airport. Sandy took some nice photos of the mountains from the plane. Everything went great until we cranked up the car in Raleigh and the check engine light came on and the engine was running a bit rough. It was Saturday night on Memorial Day weekend so we pushed on home although it made Sandy quite unhappy. Later we replaced a coil and a spark plug. The cats were happy to see us but not stressed out at all. Thank you, Susanne!

It was a wonderful trip, and I came back with lots of ideas of where I’d like to visit the next time we go to Montana and Oregon.