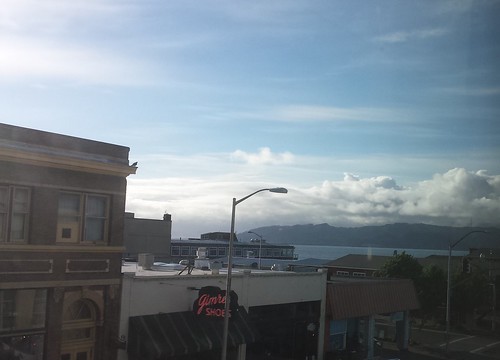 Sandy and I arrived at the Commodore Hotel in downtown Astoria in the early evening. The Commodore is a restored hotel with tiny rooms and (in our case) bathrooms on the hallway, but big on style and absolutely clean as a whistle. The staff was great. We were offered a glass of local beer before we headed to our room on the second floor, where we had the street view.

Astoria is a big tourist place but it is also one of the oldest towns on the west coast. The Lewis and Clark expedition reached the Pacific Ocean here at the mouth of the Columbia River. Lewis and Clark National Park as well as several historic sites and state parks surround it. There are lots of interesting shops and artists and several breweries here. Our first stop was at Fort George Brewery. I ordered the Plaid Scotch Ale and the Quick Wit. Not my favorites. But we ate dinner at the bar and I pronounced both the Wallapa Bay oysters and the “Buddy Rich” beet and arugula salad the best I ever ate. 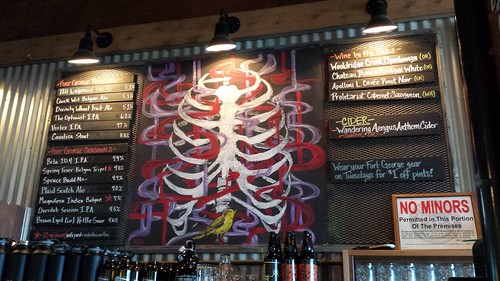 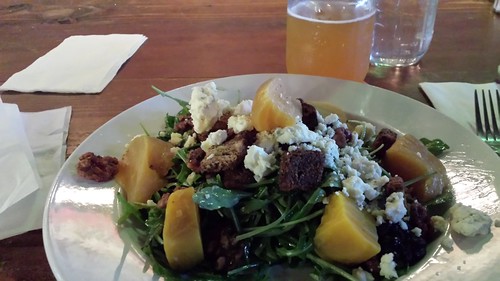 The next morning we walked along the harbor. There were a lot of murals. We shopped in a good thrift store and Sandy bought me a beautiful batik tunic from La Luna Loca. We ate lunch on the waterfront at Bridgewater Bistro, where I had the salmon. 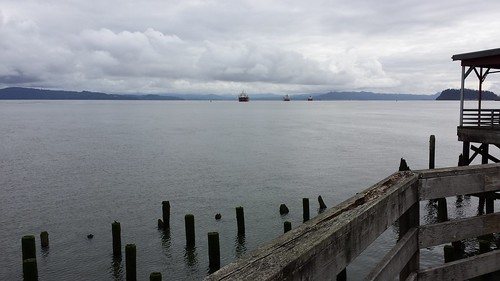 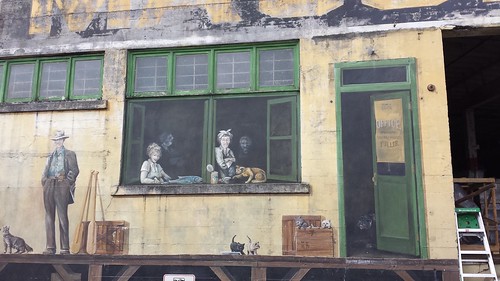 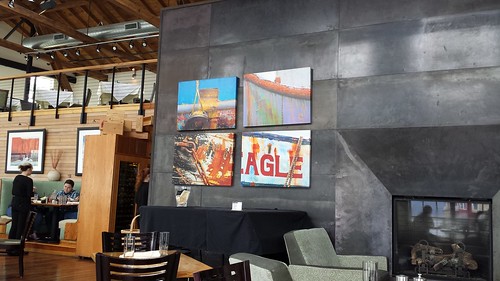 Before we left Astoria, we had to go see the sea lions. I was surprised at how big and loud they were. We saw some of the boats that were the subjects of the paintings in the restaurant. 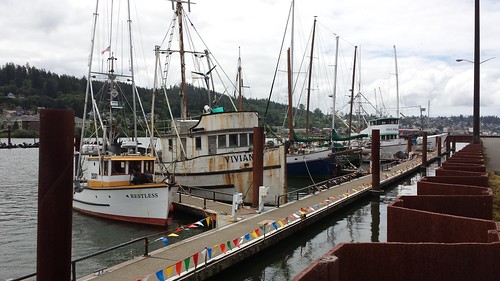 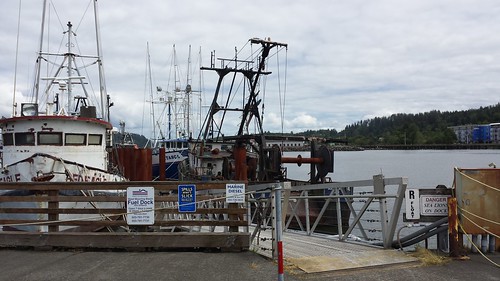 Click on the photo to go to Flickr for the video and audio of the sea lions. 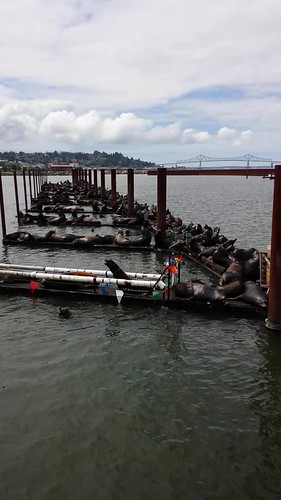