We decided to explore the east side of the park on Tuesday, sticking fairly close to the East Glacier depot since we didn’t want a repeat of nearly missing the train. After a visit to the Spiral Spoon and Brownies next door, we headed to Two Medicine Lake.

On the way, we stopped for a small herd of horses in the highway. 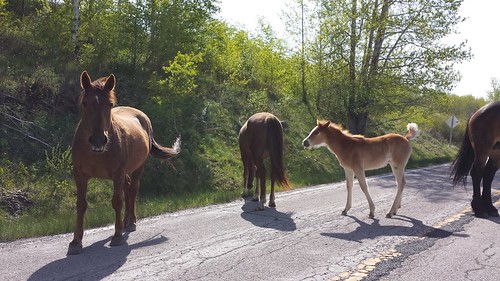 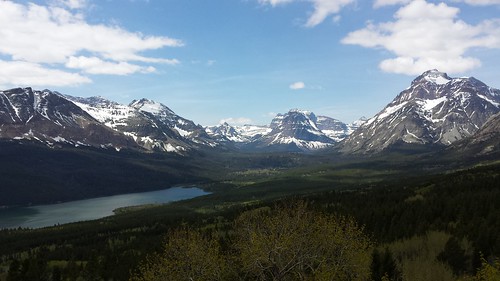 A young couple equipped with bear spray let us tag along with them on an easy trail to Running Eagle Falls. Part of the waterfall seemed to pour out from inside the cliff. We saw moose scat on the trail and later we saw a female moose back in the trees, as well as a big-horned ram running along the road. 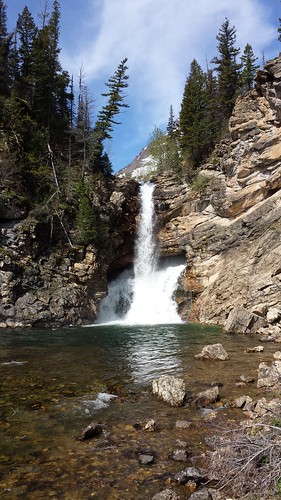 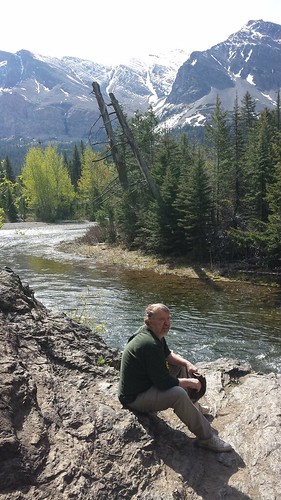 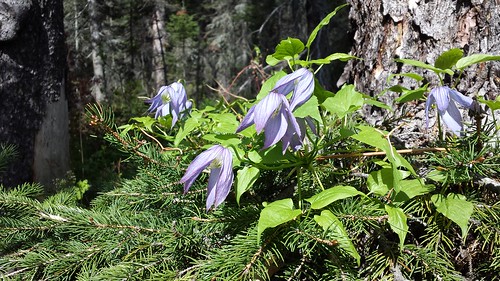 Then at Two Medicine Lake, there was a spot on the shore that must have had a special meaning for Native Americans. 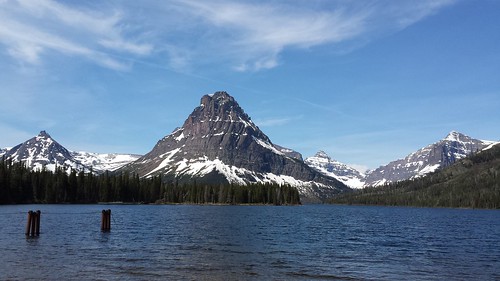 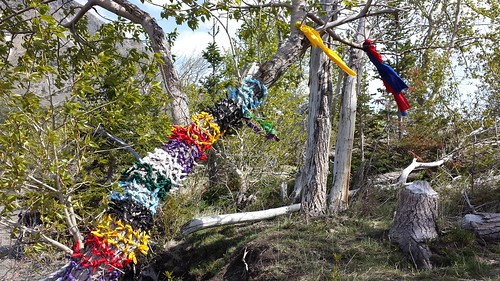 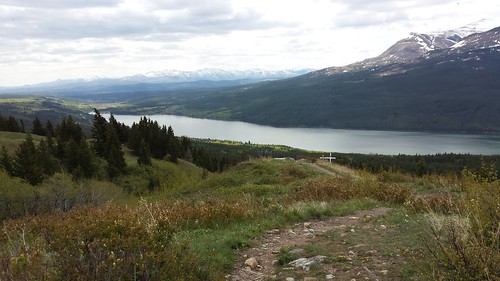 I wonder what the story was behind these two sites. I told Sandy that this was a place that I would like for my ashes to be scattered. I’d like to think that I might end up in a rocky stream headed for an ocean. Traveling after life.