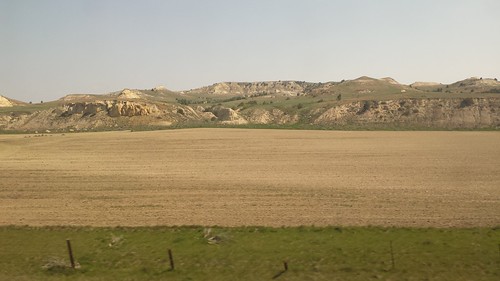 On Sunday morning, we headed to the dining car for a full breakfast. Part of the reason I decided to spring for the sleeping room was that our meals came with the room, and I thought that we’d probably sleep better than in coach. We had always wanted to travel on a train with sleeping berths, so now that’s done. The upper sleeping berth was not a good option for either of us and the tiny room was stuffy and hot with the door closed. However, the meals were good and it was nice to have some privacy. It was a long ride so I guess that I’m glad we chose this option. I’d give it a 5 on a scale of 1-10 for the experience. 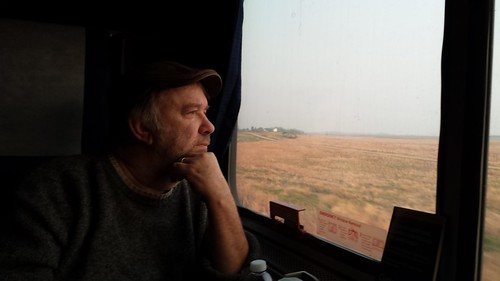 We slept through Minnesota and most of North Dakota, but the rest of the day was spent gazing out the windows of our room or the observation car. I had planned to weave on my travel loom, but I quickly figured out that my choices were needlework/reading/nausea, Dramamine/naps, or watching the scenery of a part of the country I have never been. We enjoyed meeting people in the dining and observation cars.

The North Dakota and Montana plains were greener and more beautiful than I expected. Much of the route followed a river that snaked and back and forth on either side. I’ve learned in the past few years that mostly treeless hills appeal to me very much because I love to see the way the earth is shaped and cut. The small towns that we moved through showed their backsides to the railroad. It was almost voyeuristic. I loved the geometry. Maybe I am destined for the high plains. 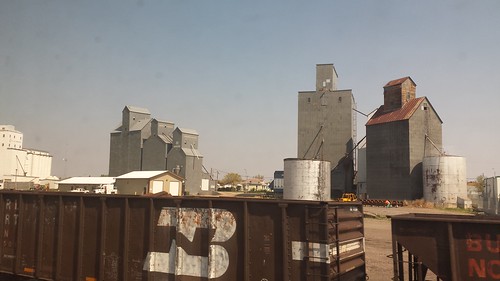 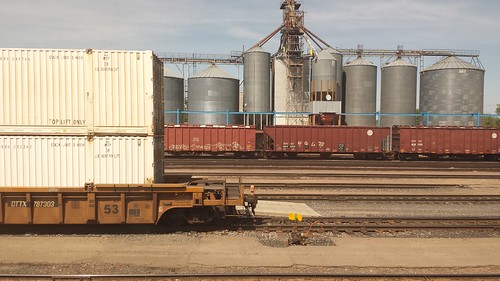 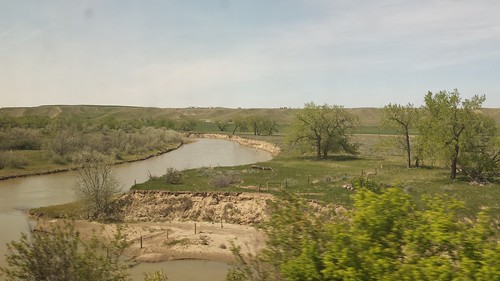 We stopped long enough in a couple of towns that we were able to get off and stretch our legs. In Shelby, Montana we were there long enough for me to take some photos around the depot. 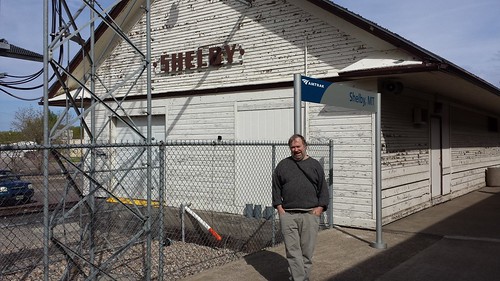 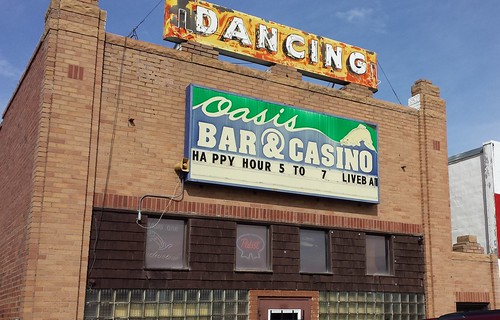 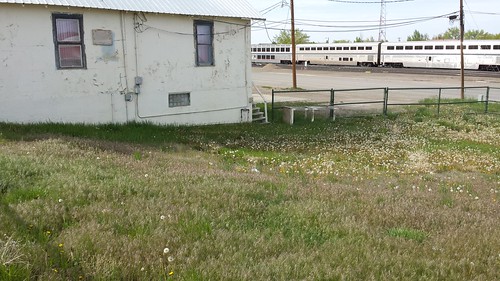 Finally we pulled up to the little town of East Glacier, Montana, at the eastern foot of Glacier National Park in the Blackfeet Reservation. Here we were met by Mark, who owned the Whistling Swan Motel, the rental car business, Two Medicine Grill, and the general store. In other words, he owned almost every business that was open that we needed. He was quite an entrepreneur. We soon learned that we had arrived about 1-2 weeks before businesses in the area opened for the season. Mark upgraded our room in honor of our 29th anniversary, and we caught up on the sleep that we’d missed the night before in a spacious clean room with cable, a new bathroom, and a much-needed high pressure massaging hot shower in a motel that most people wouldn’t even consider. I’ve reached the point where I couldn’t care less if I ever sleep in a chain motel again. (I found the Whistling Swan by exploring Google maps.)

There was still snow on the ground in places from the six inches they had gotten the day before, but the weather was perfect while we were there. 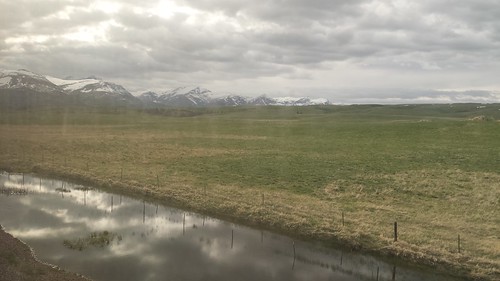 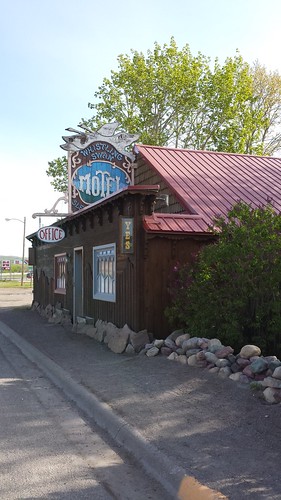