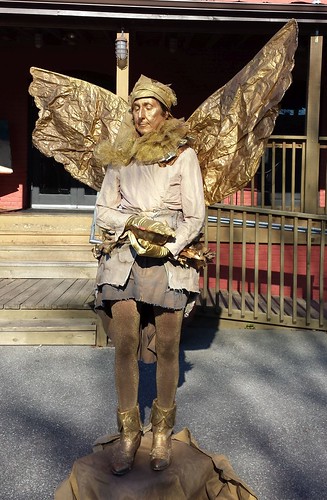 I planned to blog and weave and such this morning, but my husband surprised me by getting up very early and he wanted to go to the farmers market and an art show this morning, so that’s what I did instead. There was a show of ten artists at the Worx restaurant downtown and they were fabulous. My friends Victoria Clegg and Mary Beth Boone were selling there, and I think that it was the first time I’ve ever talked in person with Mary Beth, although I’ve seen her artist books in 23 Sandy Gallery and Abcderian Gallery. Also met another FB friend that I’ve never met in person. Facebook has its problems, but it has been a wonder and a blessing as far as making friends with similar interests, especially tapestry and book artists, all over the world. I’ve probably not met half of my Facebook friends, at least.

Anyway, the beautiful angel above gave me the gift below when I dropped a tip in her jar. I don’t know how she manages to stand for so long so still and also wear that metallic make-up, but I love seeing her at events. 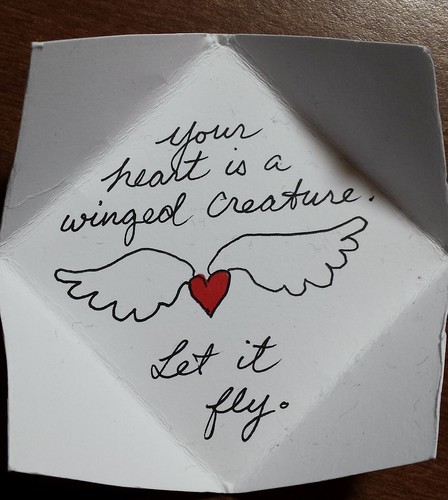 We had salads at Mellow Mushroom and I played in my studio for several hours this afternoon, although much of it I rejected. I’m making a mug rug for the guild Christmas party exchange, and I was not happy until I stopped trying to make it complicated. I’ll carry this with me this week to work on. 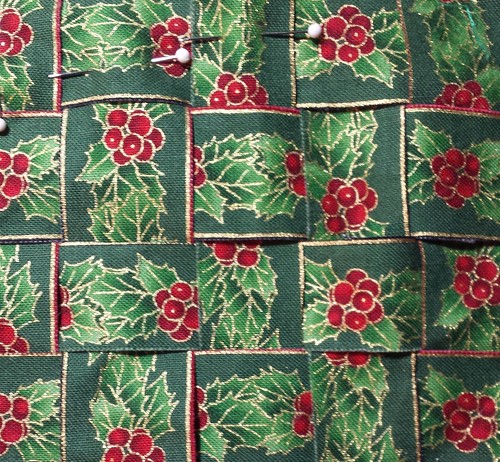 Now I’ll get back to working on the Cathedral tapestry. It’s so nice to choose to work in my studio today, even though the yard and house is a mess. I realize that I have to make studio time a priority if I’m going to get back on the art bus. 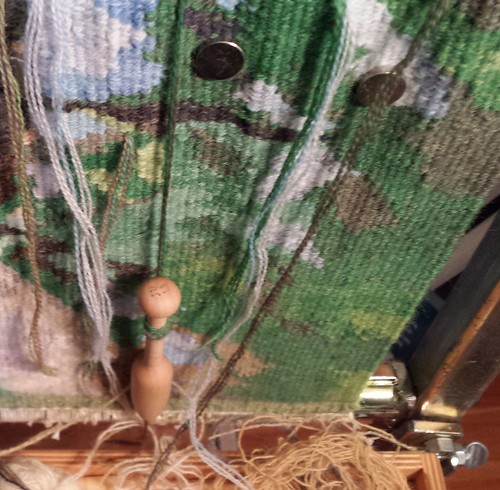