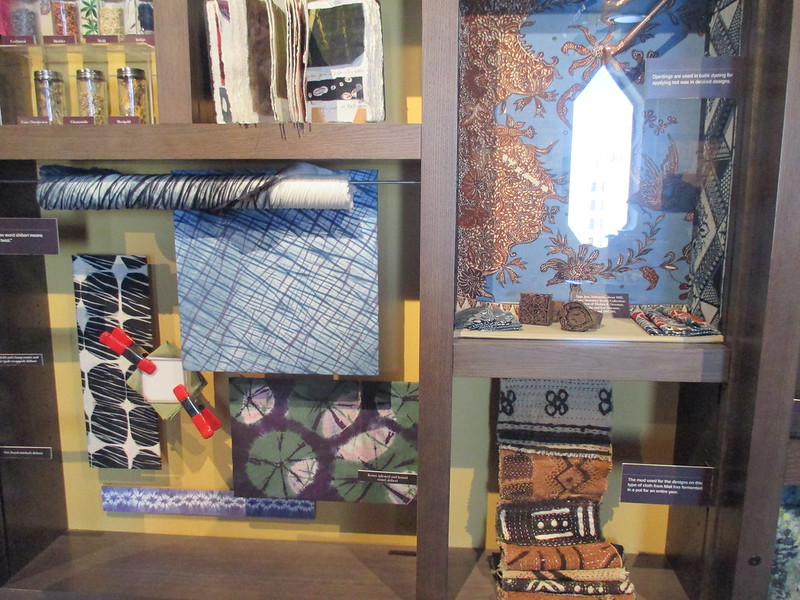 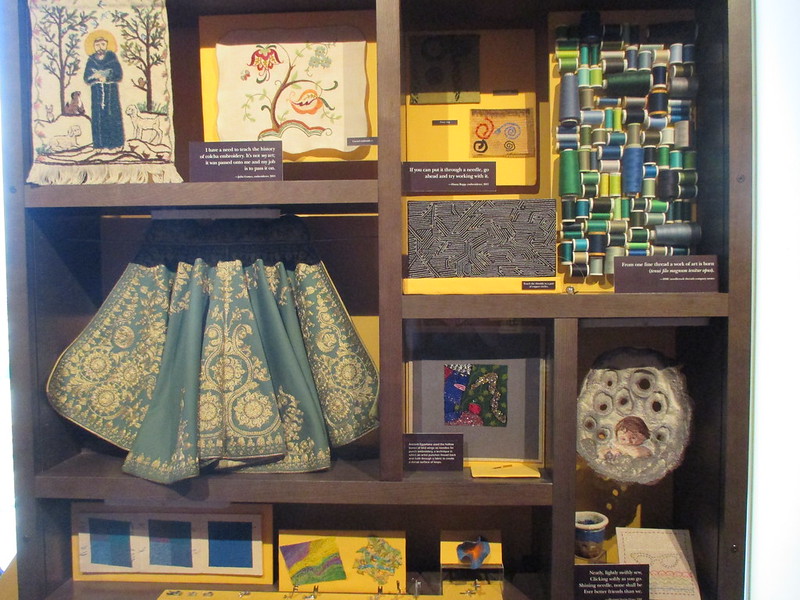 (This post is the final one about a trip to Colorado/Utah we took in September, written two months later, because LIFE.) After crashing big-time at my Awesome Aunt’s apartment on Thursday night, we drove to the Denver Art Museum with Aunt DeLaine to see the big tapestry exhibition there, Creative Crossroads. It spanned centuries and world cultures. I know that I took photos but they must not have turned out well because I can’t find them. My poor camera was probably worn out. The museum website can be your source for those. 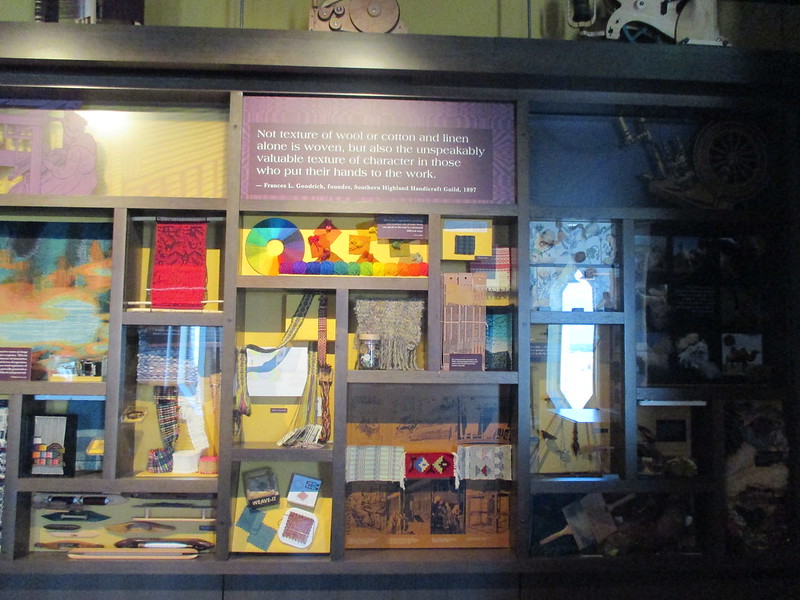 Since I was there a few years ago, they opened a permanent space for fiber arts, the textile gallery, along with an education space that had terrific displays and covered just about every fiber art technique I could think of. 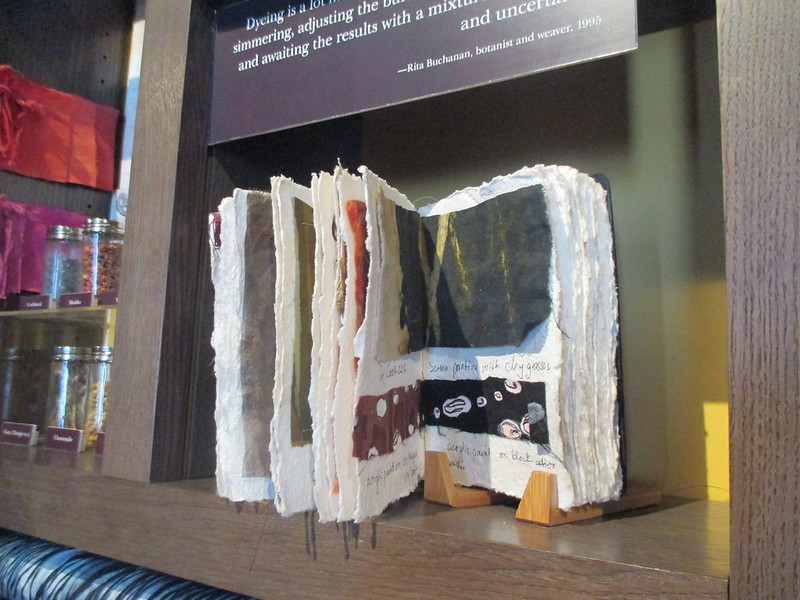 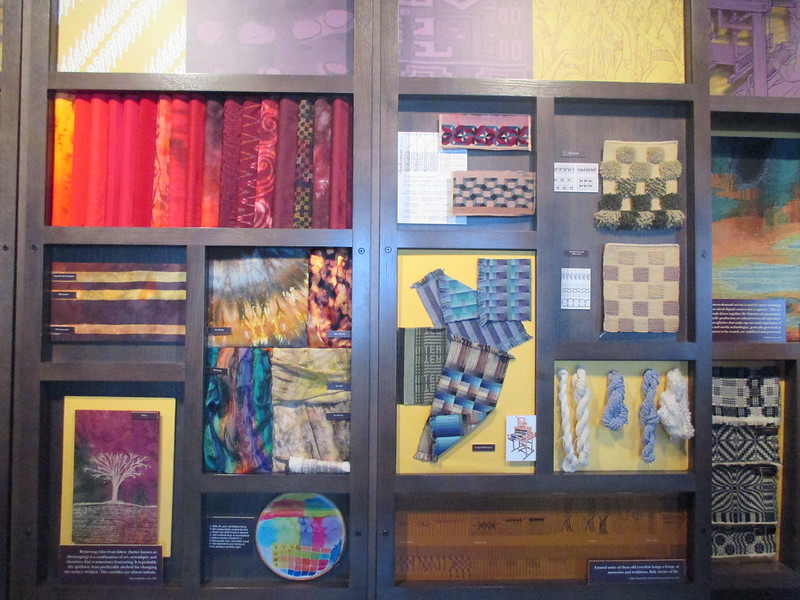 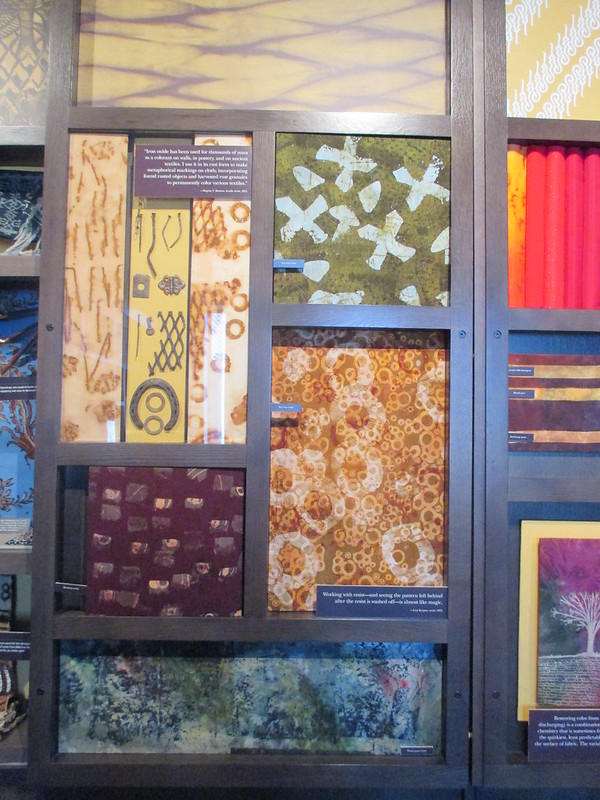 David Johnson was demonstrating soumak tapestry on a frame loom there. I was really happy to meet him. 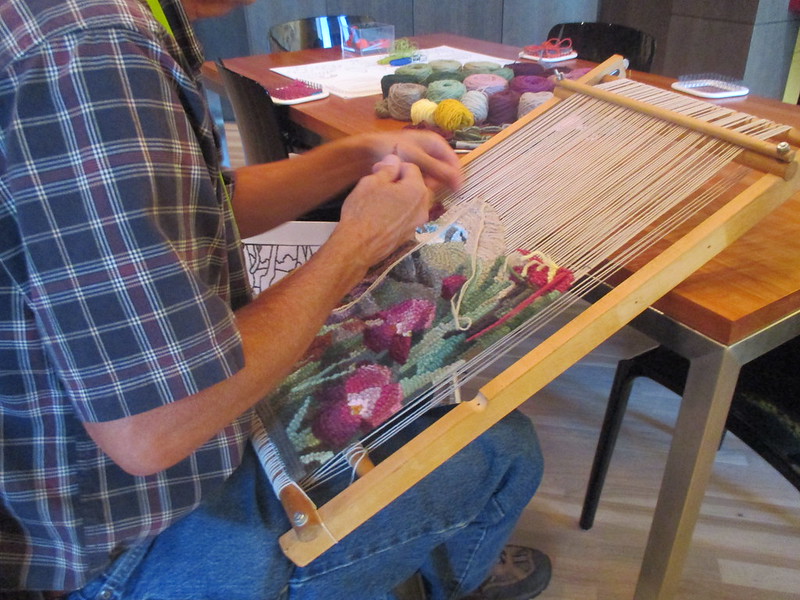 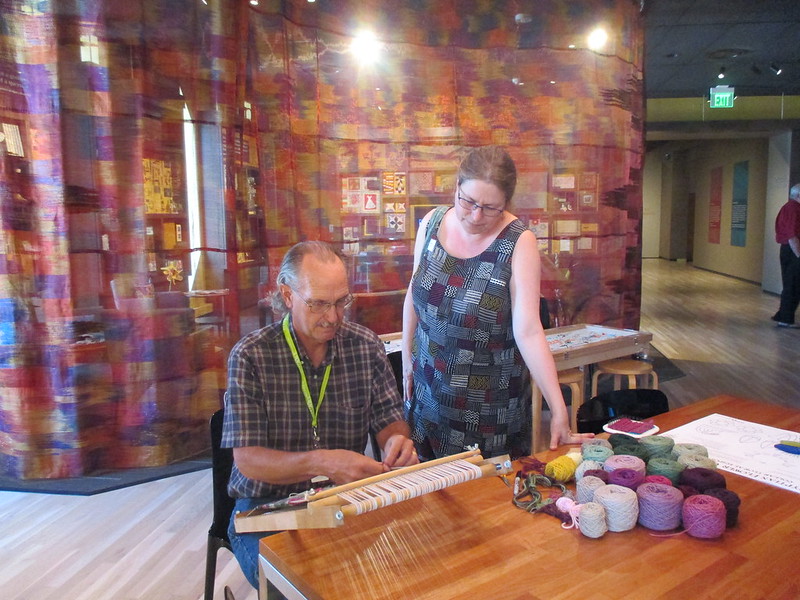 See that shimmering curtain behind me? Handwoven with a fine copper wire warp. Amazing. 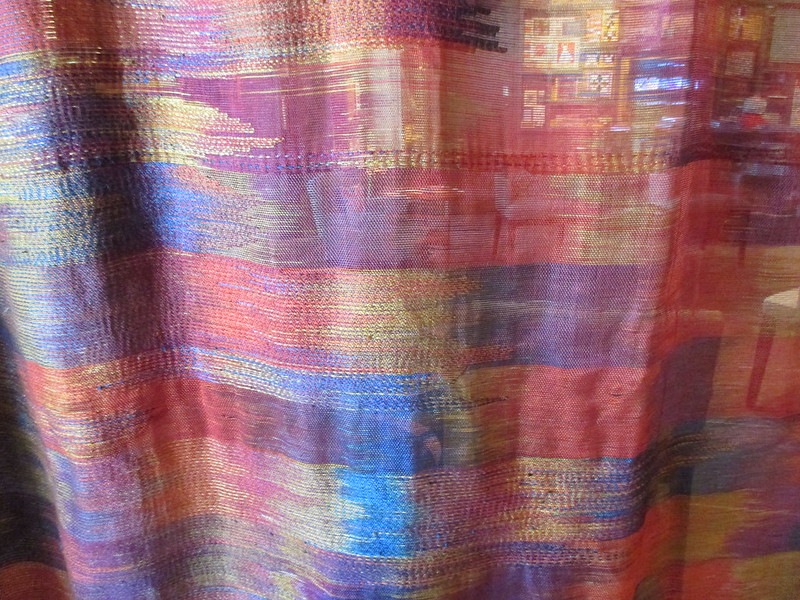 Then that night, my cousin Cherie, Sandy and I went to Arvada to see the Kenny Perkins Band play at Jake’s Roadhouse. Ken is Cherie’s husband and he can really rock it. Wow. 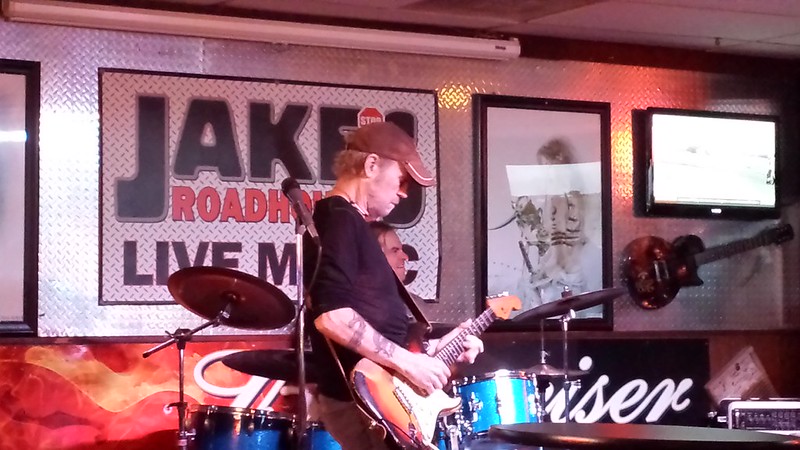 I left Colorado with the hat that Sandy bought for himself, but then got shy about wearing. That’s not really a problem for me anymore. 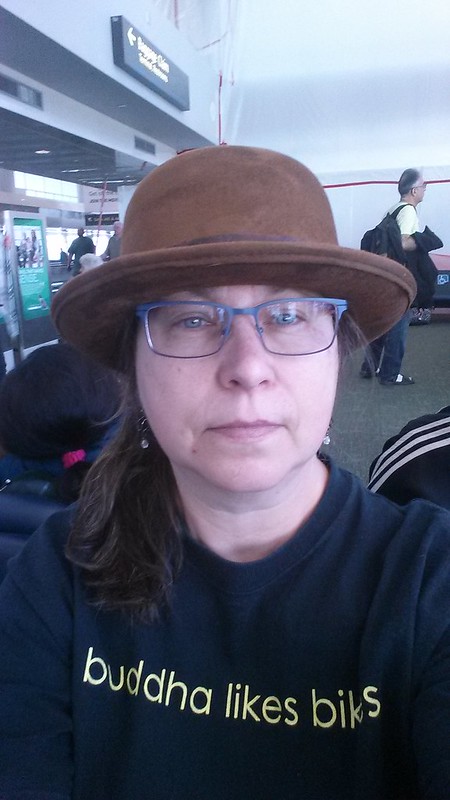 There you have it. Another wonderful trip, and one that made us hungry to continue exploring the west and scout out the area where we would like to retire.

1 thought on “Back to Family and Denver Area”