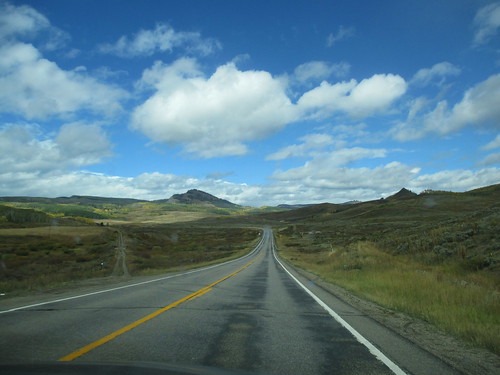 (This post refers to a September trip to Colorado, written much later.) The next day we set out for Dinosaur National Monument, which spans the Colorado/Utah border. The visitor center and the quarry exhibit were on the Utah side so we aimed for the western entrance in Utah, a state that we had not visited yet. 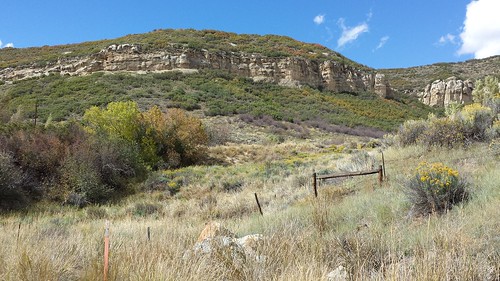 I loved the long straight roads through the sagebrush plains. I could see myself as a ranch woman there, although in reality you wouldn’t catch me on a horse or slaughtering cattle or chickens! Nice fantasy, though, cowgirl hat, leather chaps, lariat in hand and rifle on shoulder. When I came back I subscribed to a classic Western channel on Roku, since that is the closest I’ll ever come to it! After talking with locals, we understood that people who worked in the towns that catered to tourists couldn’t afford to live there. We spent some time in Steamboat Springs, and then drove through smaller towns that seemed very sparse and poor. We saw very few cars on the long road to Utah.

We stopped at Yampa River State Park on the way for a quick nature walk. The colors were beautiful. It would be nice to go back and raft this river. When I just checked the website, it was 16 degrees there, brrr! 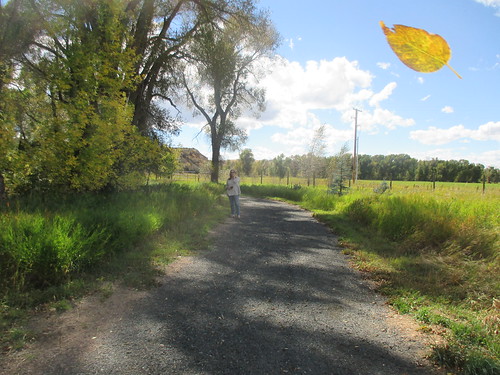 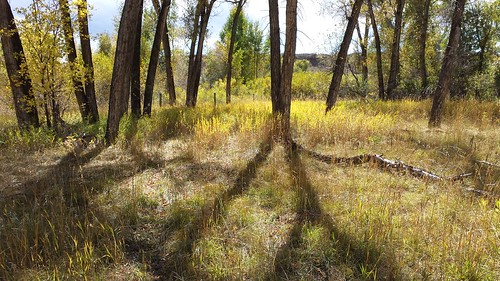 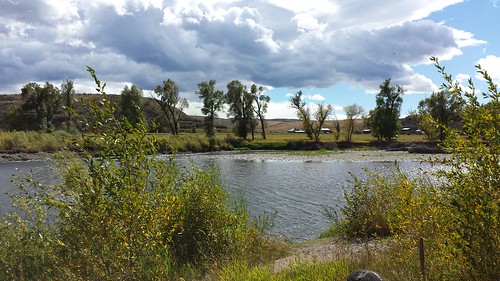 It had rained on and off all day, but as we approached the Utah line the clouds grew very dark and became as interesting as the surrounding landscape. Then we were rewarded for the rain. 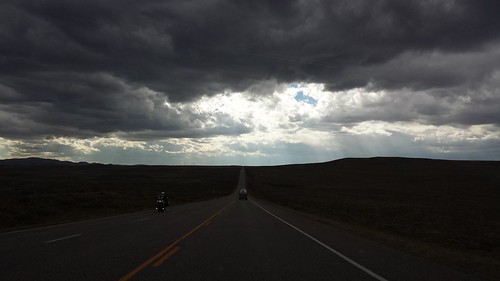 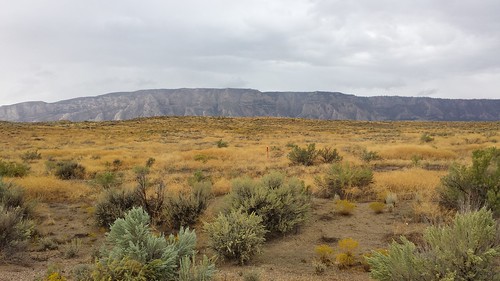 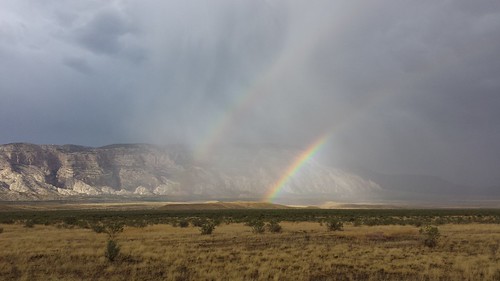 We got there just after the visitor’s center closed, so we found a cheap motel in Vernal, Utah, had dinner and beers at Vernal Brew Pub (very good!). I recommend the Allosaurus Amber Ale.