Sandy and I went to Colorado to see my Aunt DeLaine and cousin Cherie in September, and we rented a car to do some sightseeing on our own. 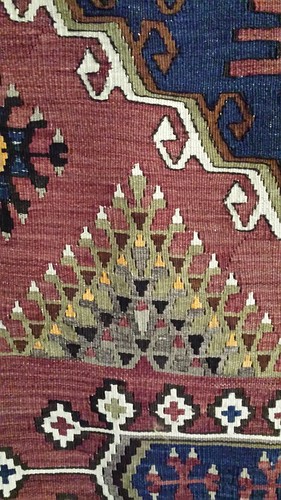 The four of us went to Glenwood Springs on that Sunday with the idea that we would be ziplining there on Monday morning. We stopped in Vale during an Octoberfest festival and mosied around downtown Glenwood Springs and through the lobby of the Hotel Denver, an historic site. The West has done a great job of keeping many of its grand old hotels maintained and in business, unlike the East Coast. This is a detail from a beautiful kilim hanging there. We celebrated Cherie’s birthday at a saloon there. That night Cherie realized that our zipline appointment was actually in Idaho Springs, about two hours behind us, so we drove back to that area early in the morning.

As you might know, I am very afraid of heights but I occasionally get up the nerve to do something fun despite my fear. This time my courage failed me and I didn’t even make it to the stairs at the first tower before I had a panic attack. However, my 87 year old Aunt DeLaine did it, because she is like AWESOME AUNT. 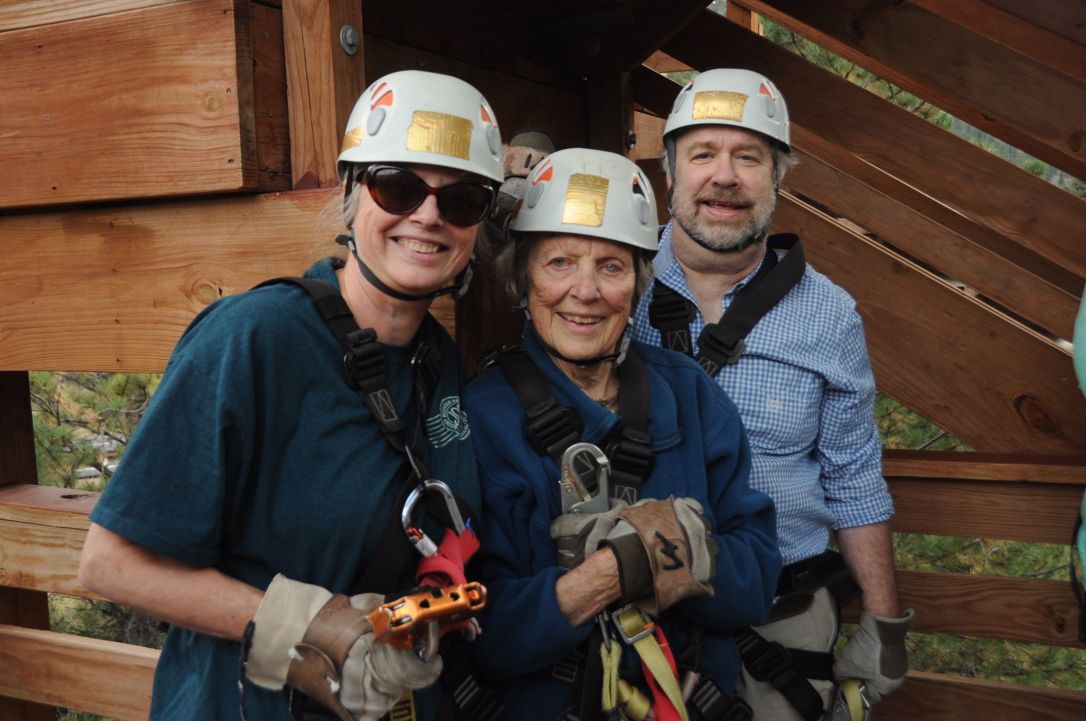 She did get rescued once when she braked too soon. 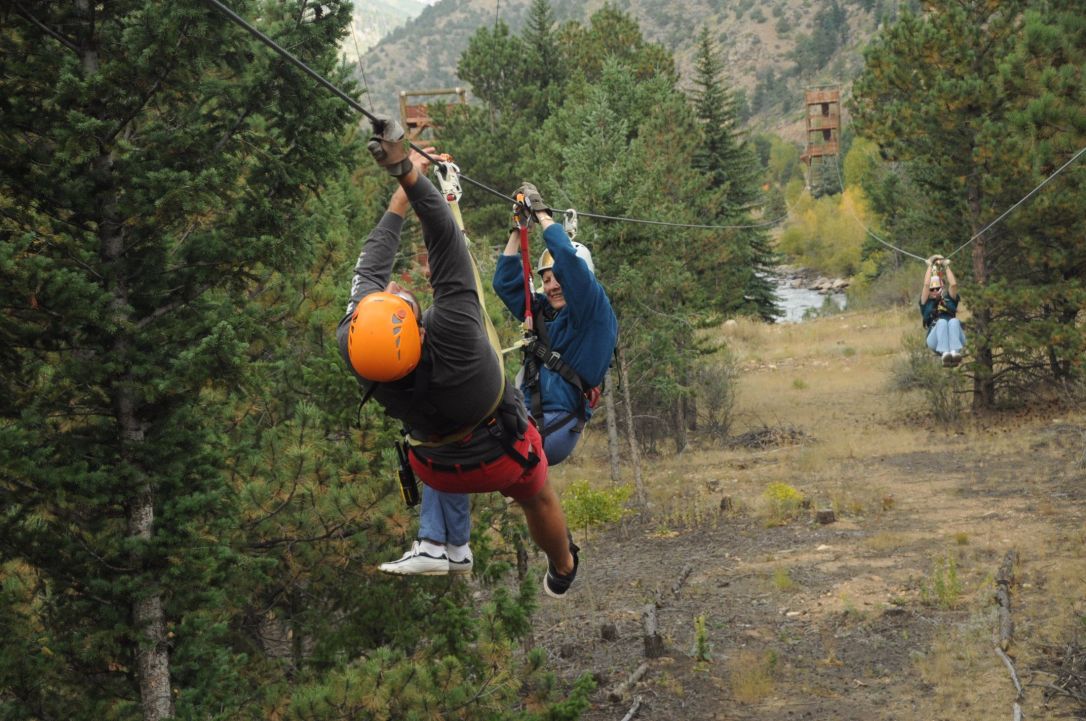 Here’s Sandy making one trip across the creek.

As for me, I puttered about Clear Creek and thoroughly enjoyed myself. 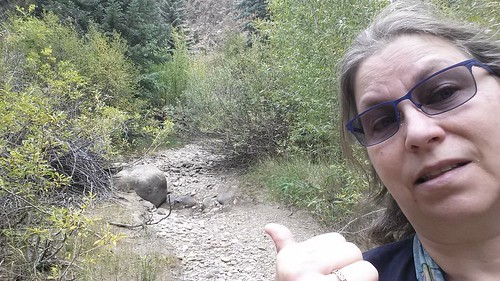 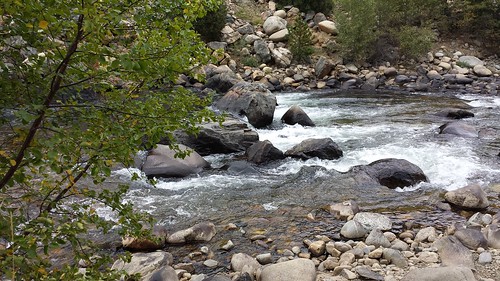 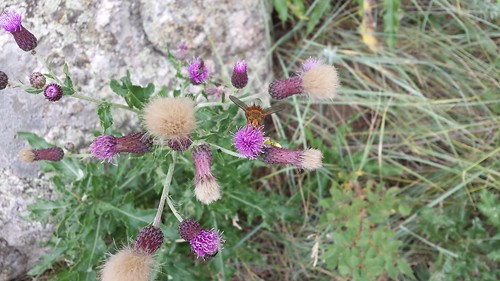 Next, off to Rocky Mountain National Park.