At the beginning of August I spent a week at Arrowmont School of Arts and Crafts in a class taught by Erika Hanson about nomadic weaving systems. The original idea was that the class would do outdoor site installations on campus, but the plan changed when the days were heavy with muggy 90 plus degree weather and many in the class had no weaving experience. So Erika flexed and we spent many hours in the weaving studio, with most of the students on floor looms. I knew that I couldn’t handle a floor loom for 5 days so I mostly worked on a small frame loom.

I kind of fell apart on the first day with a migraine and toothache, and I went to my upstairs room in Teacher’s Cottage, a sweet house built in 1912. I slept for several hours. (Narrator from the future: “Laurie would soon discover that she needed a root canal and her neck was totally out of whack for two years, with the pain for both maladies starting here.”) When I returned to class, they had gone on a walk and the assignment was to weave a piece that evoked a place they had seen, including different pattern weaves. Since I had stared at the ceiling in a pretty funky state of mind during that time, I realized that a skewed vision of the bones of that room would be perfect for a small tapestry, so that was my major focus for the week. I’ll finish it soon. 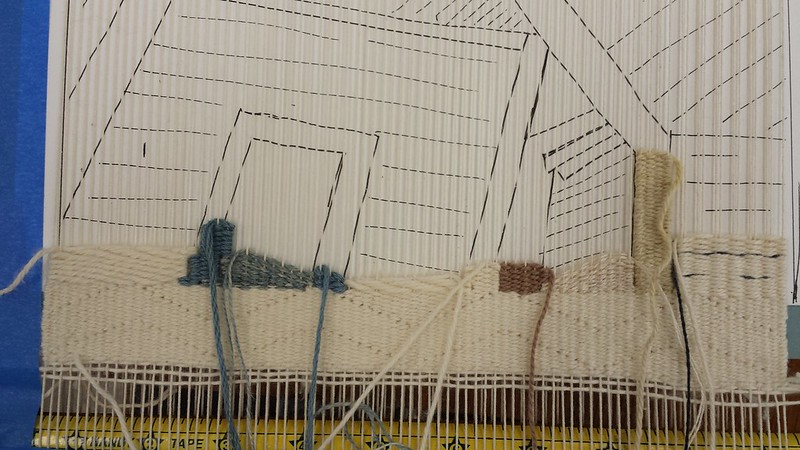 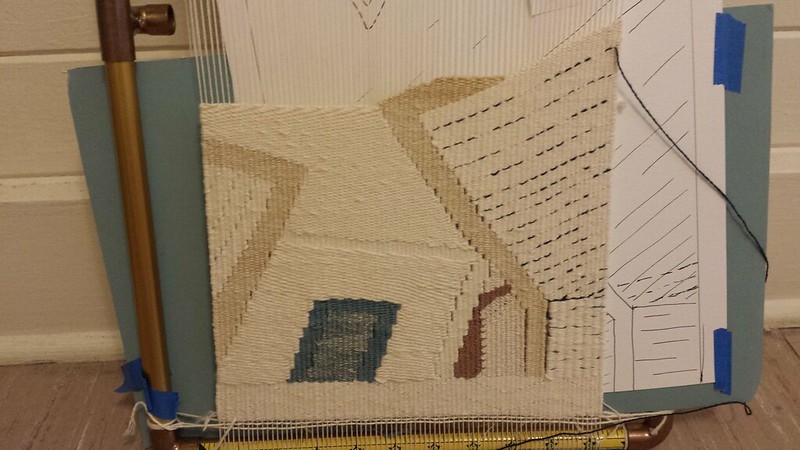 On Thursday, I came up with a good quickie installation idea for this very dark glum place next to the Teacher’s Cottage. I was poking around outside looking for a place to hang a warp-weighted loom, and when I came to that side, I thought, “There should be a path here,” but there wasn’t. When I walked back to the corner, to my surprise there was a man made cave opening in the rock wall with ivy falling over the entrance. It must have been a root cellar or something at one time. There were old hooks hanging in the back of it. 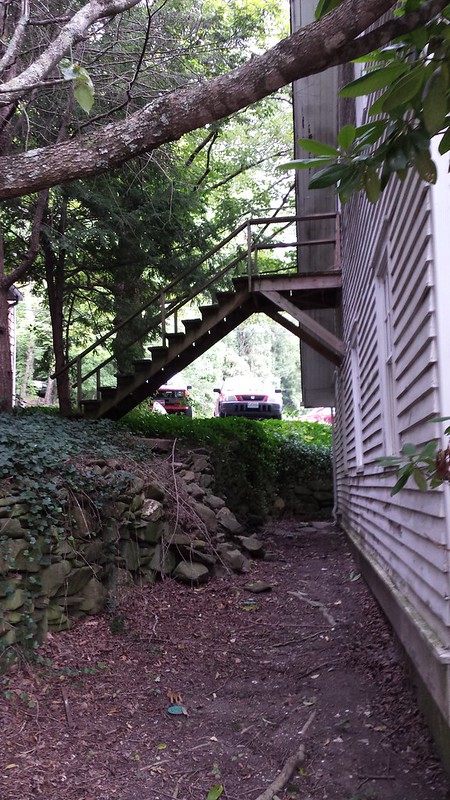 At first my idea revolved around weaving a banner of some kind to hang from the tree limb in front of the area as a map, or to lay on the ground as an actual path, but I realized quickly that there was not nearly enough time for that. The gardeners on campus had dumped a bunch of light green iris leaves in our studio, so I decided to plait stepping “stones” and make a path with them. 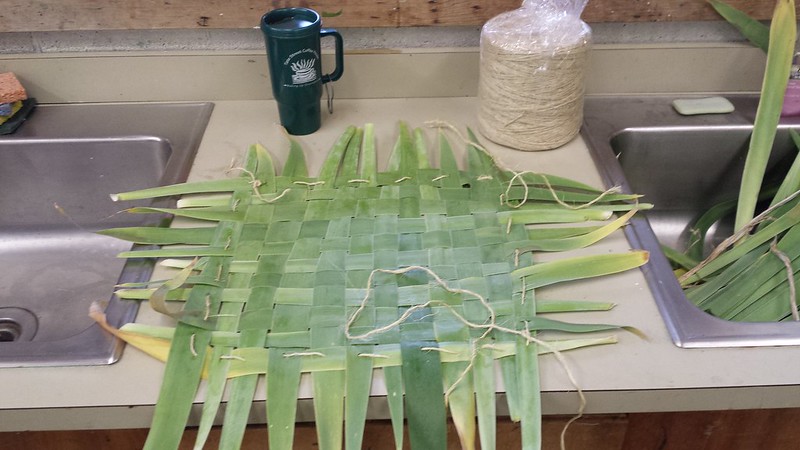 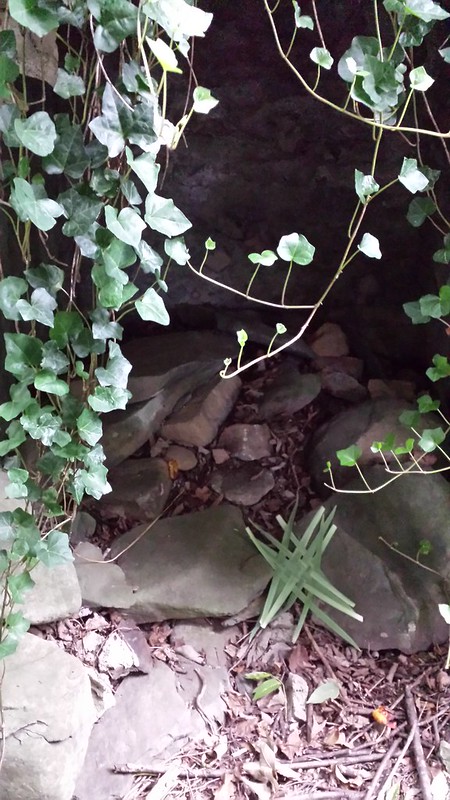 I did begin a warp weighted loom weaving just to get the idea of it. I have a recurring dream about weaving top to bottom on a loom and when I saw that this was going to be a Scandinavian type loom I got very excited. Later when the weather gets cooler I plan to play with this on my front porch.

Our class did incredible work for beginning weavers. I was stunned by the quality of it. One student wove a net for the ping pong table in the student lounge.

Random notes: The FOOD, oh the FOOD at Arrowmont was SO GOOD. Downtown Gatlinburg itself is a world of redneck kitsch, and I had no real desire to explore it. (I worked at South of the Border in my high school days, and that was enough for life.) Arrowmont is a lovely oasis just behind Cooter’s Dukes of Hazzard Museum and I was wholly content to spend my entire week on campus, either in the studio, in Teacher’s Cottage, porch-sitting or gallery-gazing. The drive though the Blue Ridge and Great Smoky Mountains is gorgeous. I did drive to the east part of town to visit a grocery store and Smoky Mountain Spinnery, a very, very nice fiber arts shop that I recommend if you are in the area. If you’re interested in fine art and craft, it is definitely worth taking a look at Arrowmont’s galleries and studios and installations.

Yes, I would definitely go back.