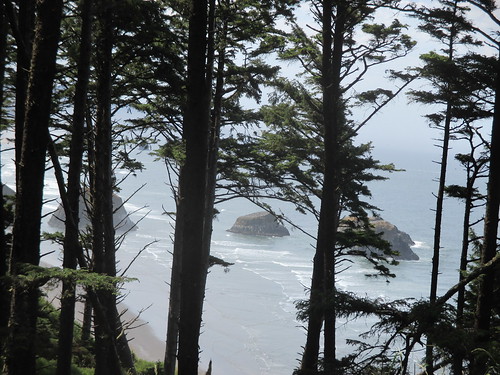 Susanne said, “What an unfortunate name – sounds like a combination of E coli and ebola.” But it is one of the prettiest beaches on the planet, on the north side of Cannon Beach. We only went to part of it, because it was midday on Saturday and everybody was trying to get in. We didn’t mind waiting in a long line of cars in the cool shade of the woods, but when we heard it was another hour wait to get to Indian Beach, we stopped in this part and hiked down a trail that went to the edge of the sea cliffs and looked down on the beauty below and beyond. Later I learned that Indian Beach is where people go swimming. 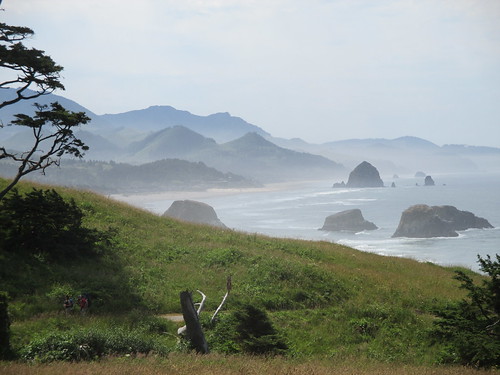 Looking back at Cannon Beach and Haystack Rock. 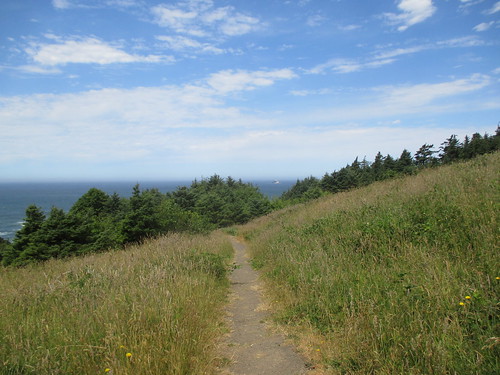 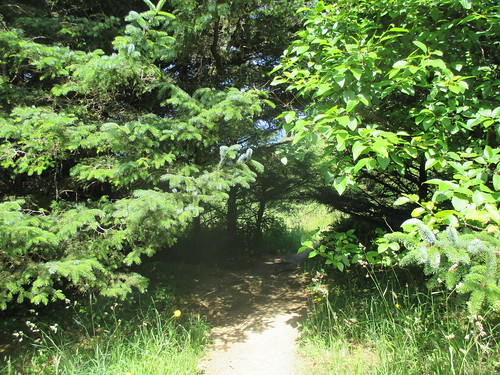 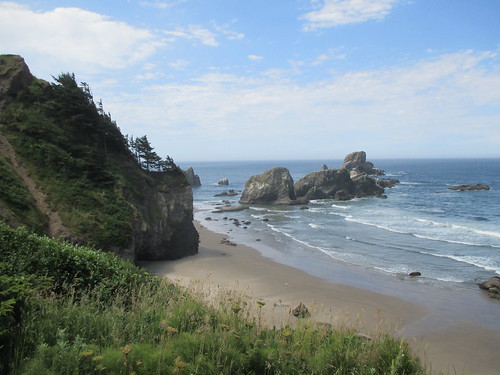 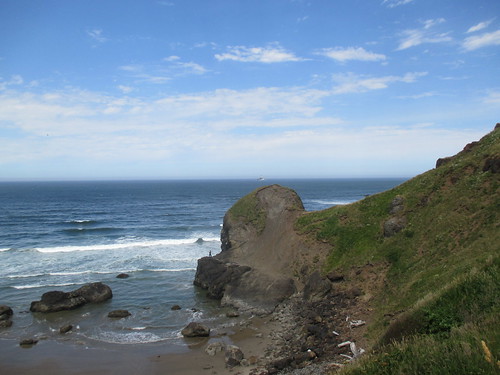 See the fisherman near the bottom of that big rock? 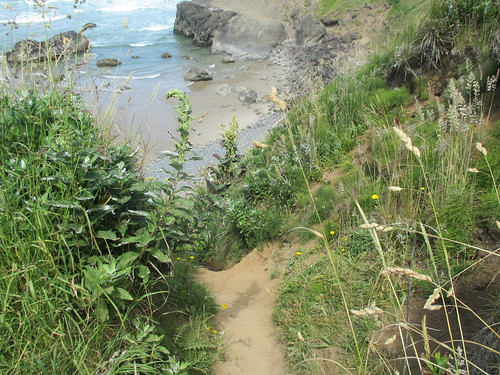 Yeah, it got a bit too steep at this point so we sat and enjoyed the view. 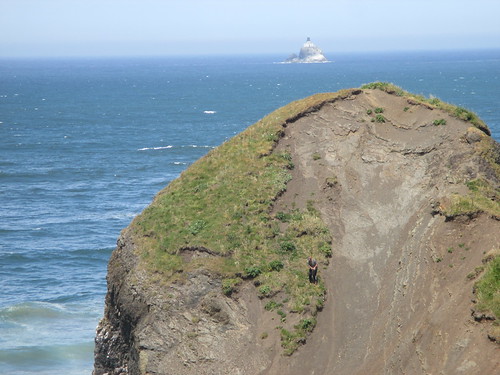 As we were leaving we noticed the fisherman was scampering around that huge boulder near the top like a mountain goat. I took this photo of him at the halfway point down. We waited to make sure that he didn’t kill himself, and he sort of slid down with that pole still in his hand. 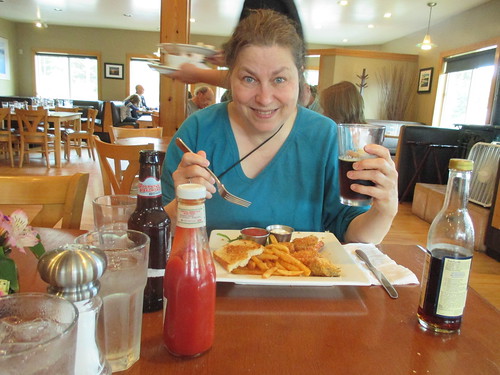 We tried to go into Cannon Beach for a late lunch but the traffic and parking situation was so insane I nearly had a panic attack. So we headed south on the Pacific Coast Highway with its stunning views over the ocean and found Big Wave Cafe in Manzanita, where we split a fried seafood platter and I drank a Moose Drool ale, which was much better than it sounds. We loved it!