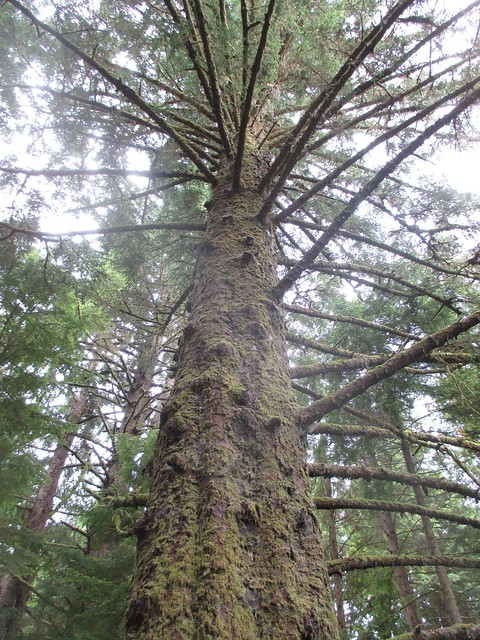 On Monday Pam ran errands so we hopped into our rented baby blue Beetle and headed north up the Pacific Coast Highway to Astoria. I like to visit any national parks nearby when I travel so we went to Fort Clatsop at Lewis and Clark National Park, and had a nice walk under the huge trees. 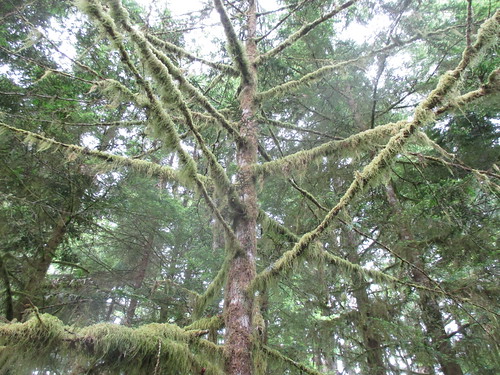 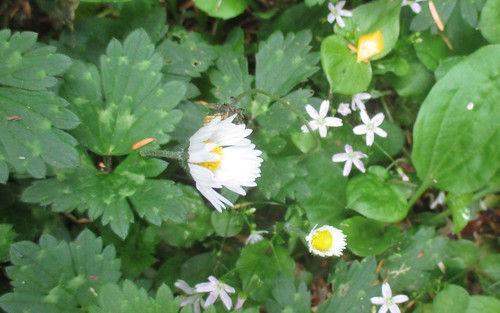 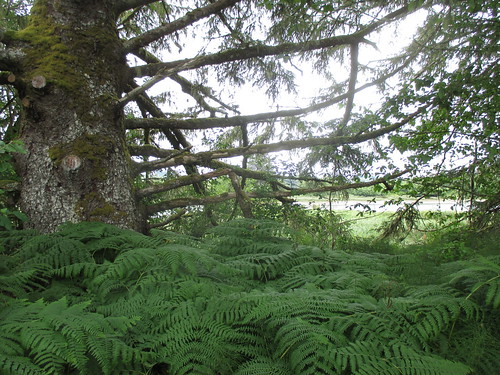 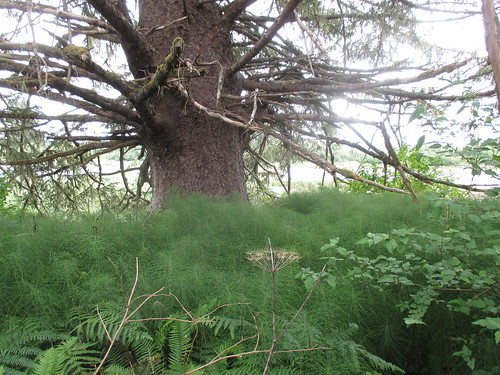 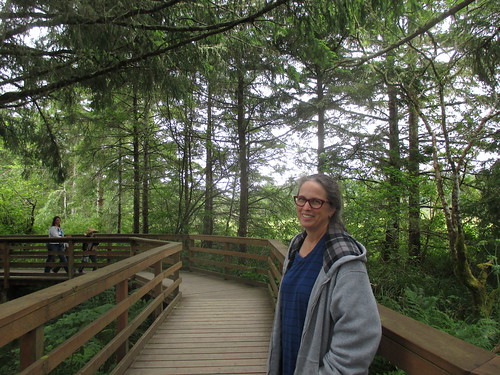 We drove into Astoria, which has an interesting Finnish heritage that I’d like to learn more about, and a place where I’ve been researching real estate on daydream days. However, given the charts of projected tsunami damage from the overdue big earthquake they expect, I think that I’ll seek higher ground.  I like the idea of being near or on the Columbia River though. 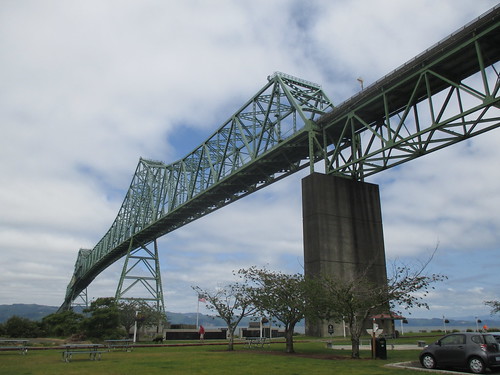 Then we had halibut sandwiches at the Screw and Brew in Cannon Beach (a combination hardware store and pub). They were delicious.  We did a little shopping and found a wonderful fabric store, Center Diamond. I had to force myself to have some self-control there, and I will budget with it in mind when I go back. (Oh dear God, I now see that they have an online store.) When we came back, a group of people were pointing at our car and I feared that it had been damaged, but they were talking about it sparkling in the sun because of the resin that had dripped on it from trees. The pine needles stuck to the resin stayed there throughout several days of driving. Fortunately it all came off at the car wash later that week. 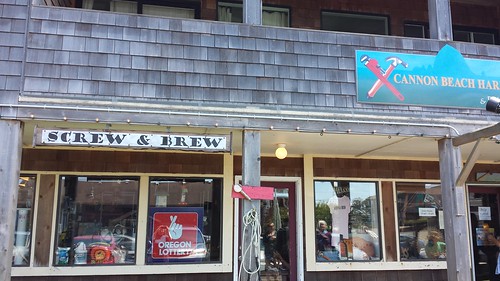 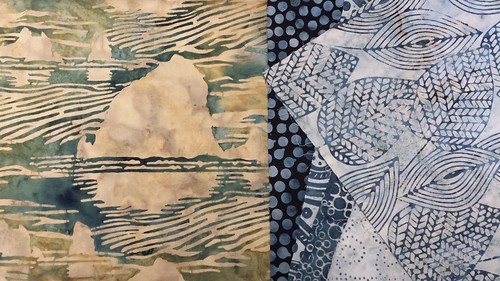