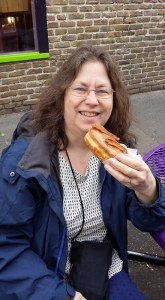 I stayed in an Aloft hotel on Wednesday night, which I specifically chose for its proximity to the light rail system station so that I could explore on my own. My brain doesn’t function when I am sleep-deprived, and my sleep gauge was on red from several nights of anticipatory anxiety. I checked in around 3:00 that afternoon, spent two hours dithering over where to go that night despite researching it online beforehand, then gave in to a nap with the idea that I’d wake up in time to take the train downtown and hang around Powell’s for a couple of hours. I remember giving myself permission. Then I woke up at 9:30. So I skipped dinner, gave in to exhaustion and slept until 4 a.m.

At 6 a.m. I was on the train downtown with Voodoo Doughnuts as my chosen destination. I had just enough time to have a maple bacon doughnut, a cup of coffee, and to take the train back to meet Jeanne for my ride to Cannon Beach on Thursday morning.

We rode around a bit until Costco opened, picked up some food and drinks for the retreat, then headed to Cannon Beach. We stopped at this rest area in Clatsop State Forest for a little picnic lunch, and enjoyed the wildflowers on a nearby trail. 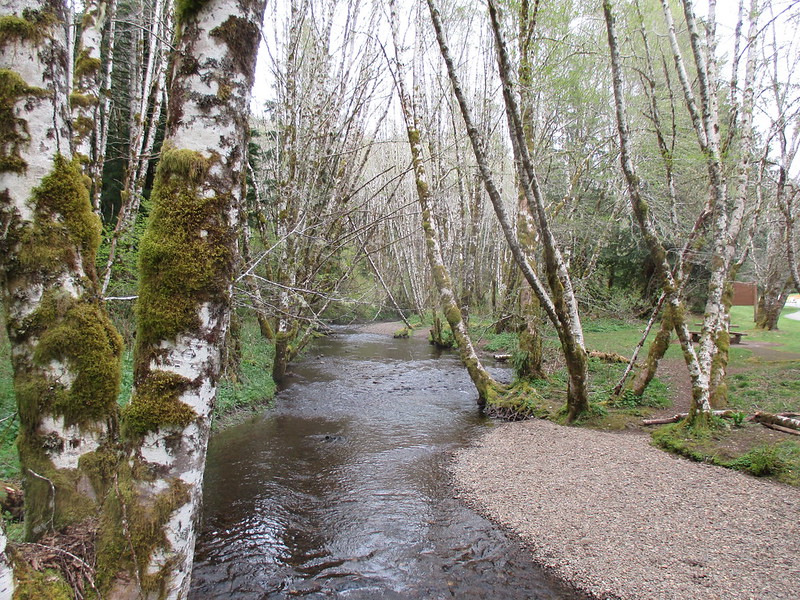 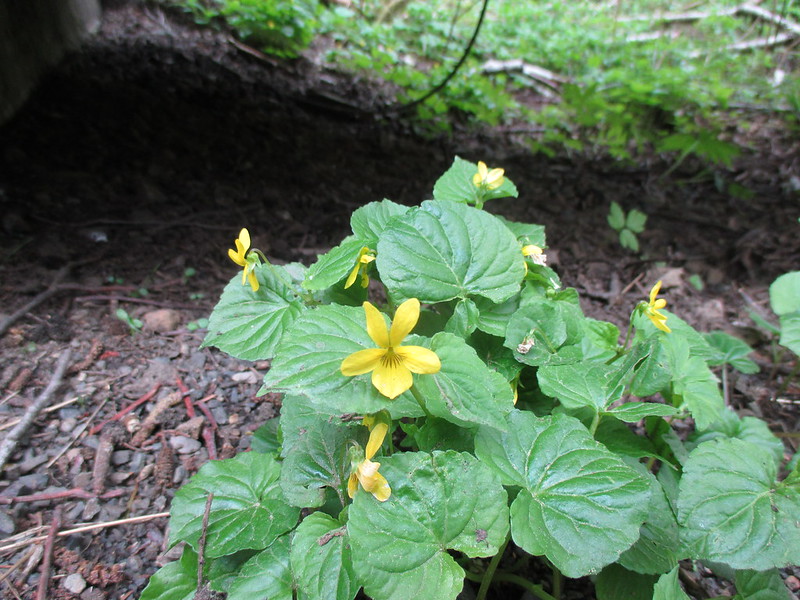