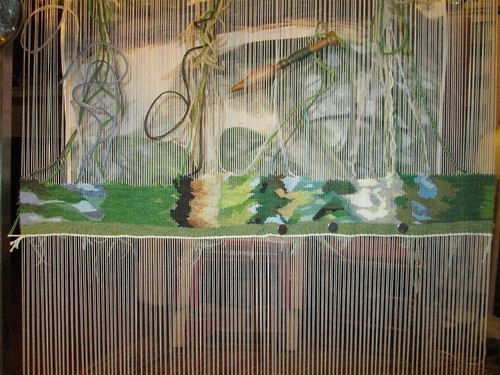 Here it is just before going into the weekend, when I hope to spend hours on it.

Did I have a time with getting this correctly warped! It would have been fine the way it was, I think. I decided to remove the paper from the loom and retie the warps on the bottom. That was a disaster. Then I untied the warps at the bottom again, pull the warps through the already woven part of the tapestry, tied them as tightly as I could and knotted them with a surgeon’s knot and a half-hitch. I decided not to roll the warp onto the bottom beam until I have a few more inches woven on it. What a pain this was. I ended up with tension slightly worse than I did before I decided to be a perfectionist, but it will be just fine.

I wish that this loom had crank handles and brakes on the beams, but I guess I’ll learn with practice. 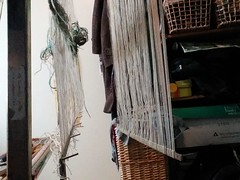 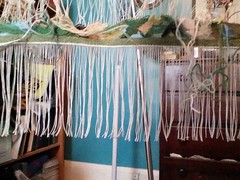 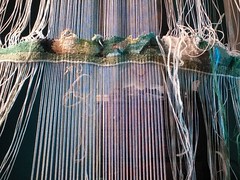 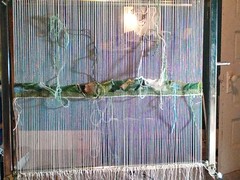 Gah. Pam told me that I needed a bigger hem so I simply pulled my cartoon up to the level where I left off and started over there. Details: 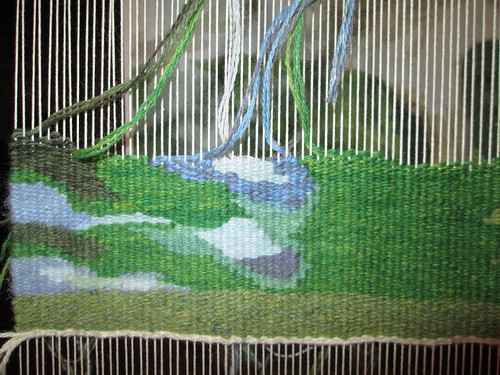 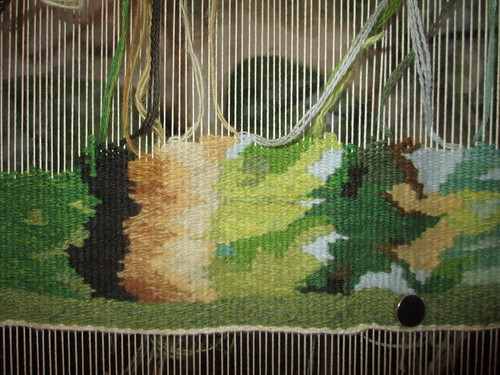 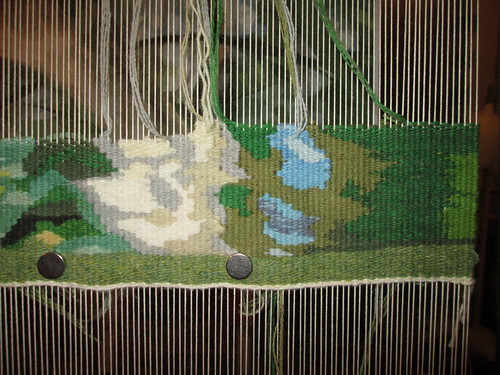