Sandy’s man cave is being divided into a second bathroom and the rest is going to be re-floored and painted. It’s had this god-awful 80s wallpaper since we bought the house. I’m a little afraid that the wallpaper might be what is holding the plaster together in the wall, but whatever.

So far I have found four layers. The layer beneath the country polka dot was painted over with a bright pink, and it was originally a vivid floral design. Underneath that was doilies and roses. But underneath that, and very hard to separate, was this vintage nursery wallpaper. I had a lot of fun trying to scrape it just right to solve the mystery of the pattern. Little by little, scenes of children and toys emerged. 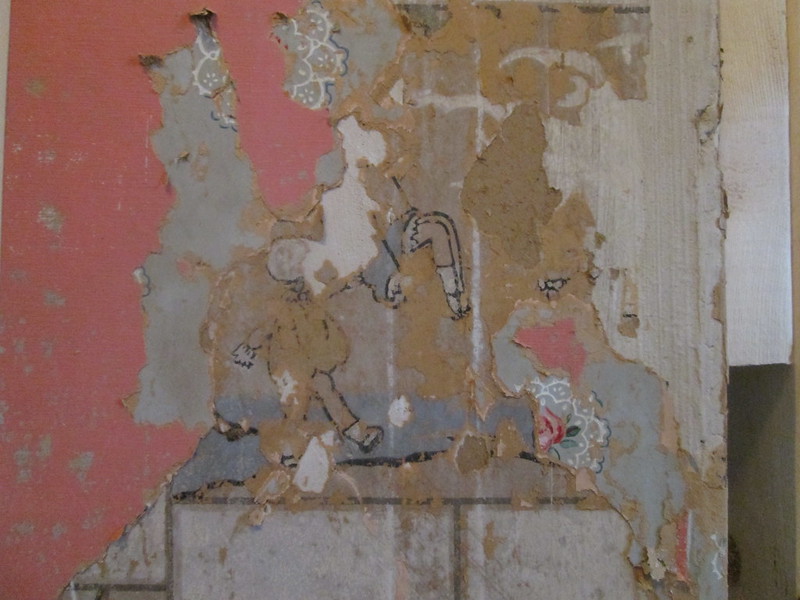 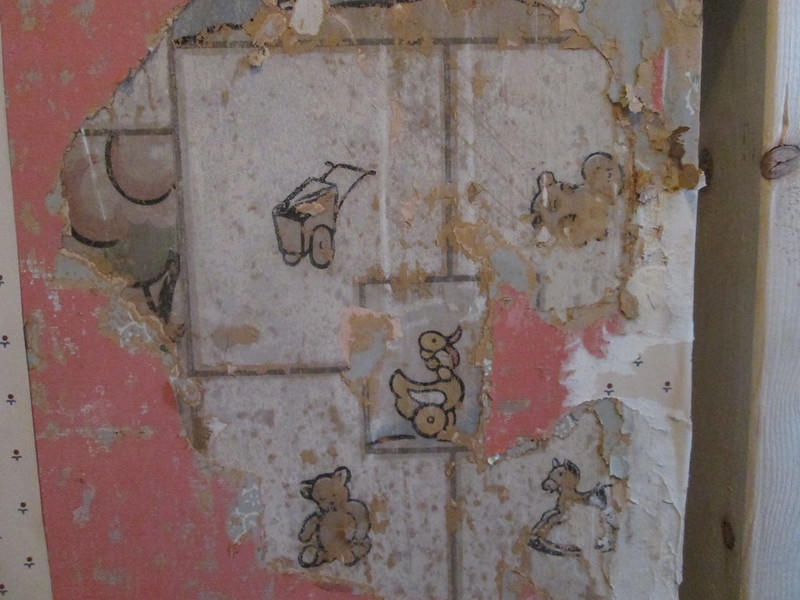 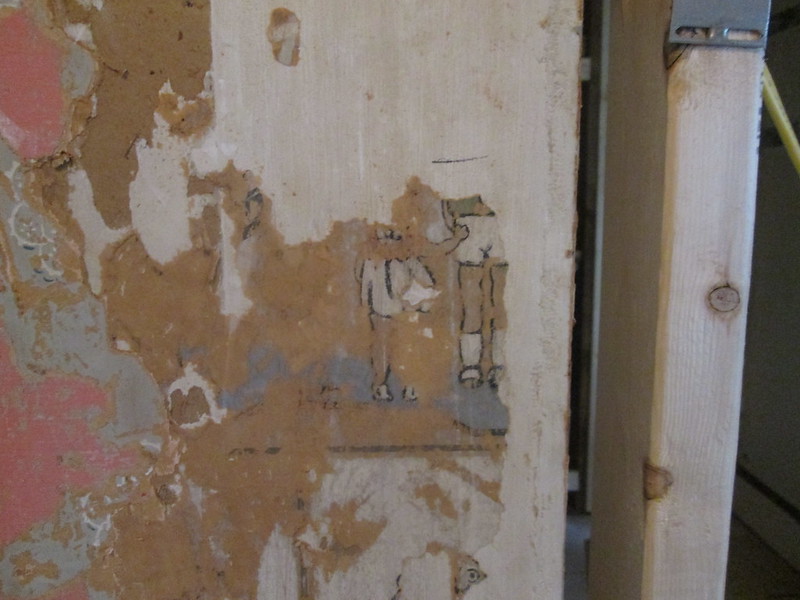