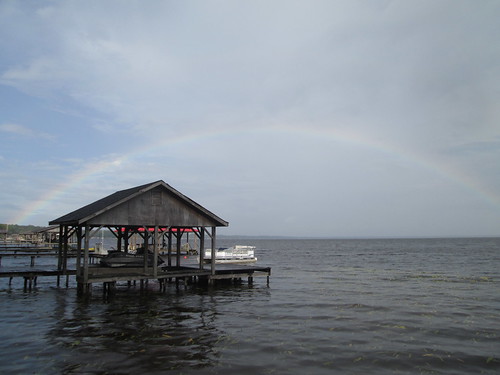 This rainbow appeared at the end of a very rainy day and lasted for at least twenty minutes. I cried looking at it, hoping that it was a sign from Mama that everything would be okay. I had asked her for one.

My brother and my “other brother” grilled hamburgers and hot dogs. 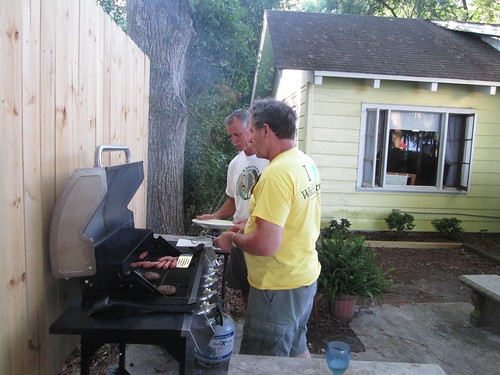 My grand-nephew Jake has nearly tamed Bill the duck. Agnes is his mate and is usually on her nest. When she gets off her nest to flirt with other mallards, he chases her back to the nest. When someone feeds Agnes, Bill will stand back and let her eat her fill before he joins in. She will stand on Jake’s feet and jump up to eat out of his hand. 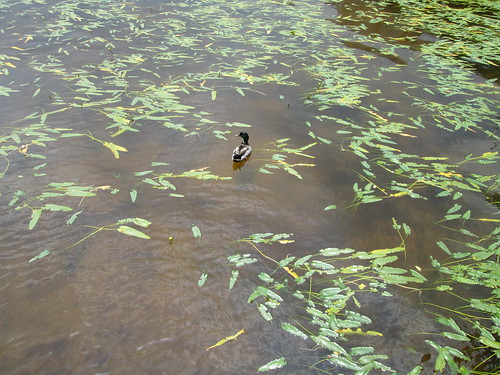 These are the “Odd Ducks.” The black one appears to have a pearl necklace on when viewed from the other side. There is a Peking duck in another large group that mates with the mallards. I’m guessing that she might be the mother of the tan and white duck. I love it that these outsiders banned together. They are very shy with humans around. 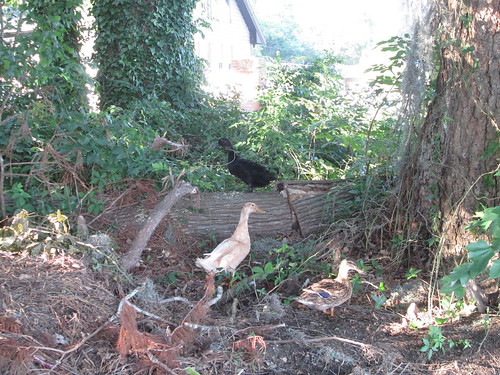 I became intrigued with the wiggly reflections of the pier and boathouse next door. 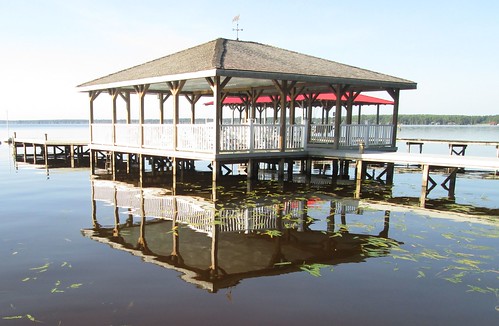 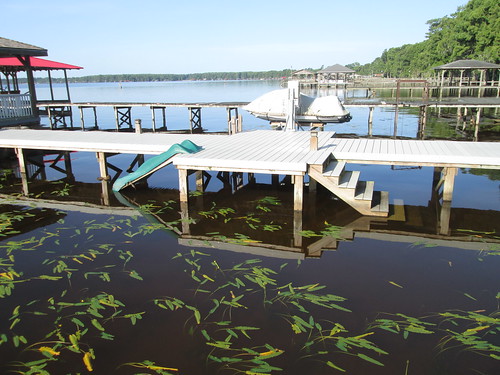 Jake found an awesome piece of driftwood at the bottom of the lake. 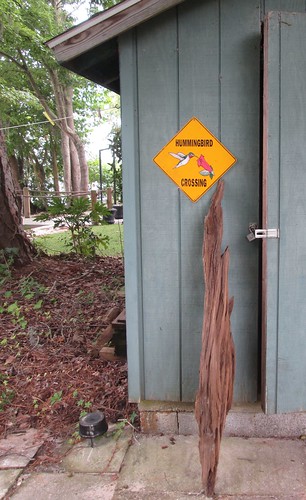