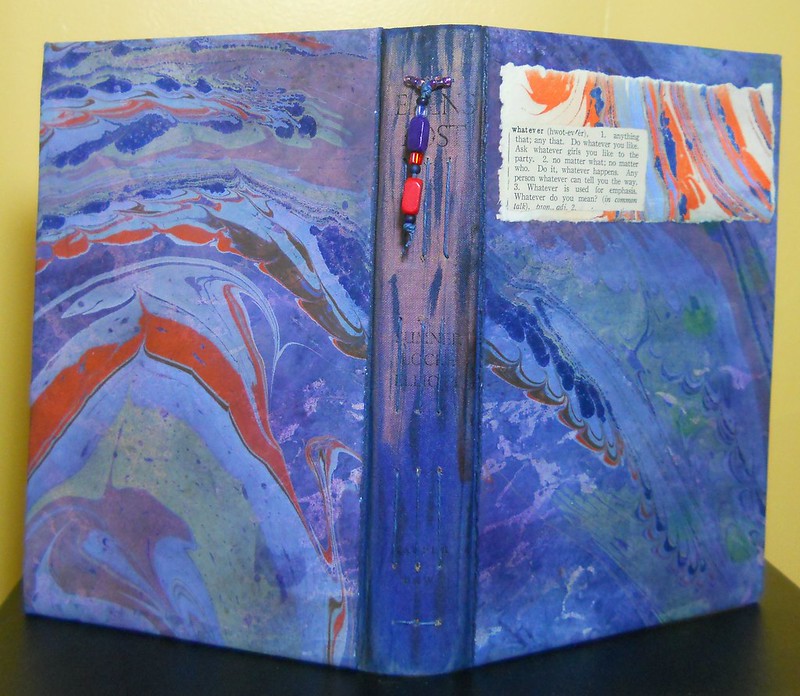 In January, I let go of trying to get the Greensboro Fiber Guild going, and I let go of the idea of graduating by May since the class that I needed to do so looked like four months of misery. The “Whatever” book seemed to set a theme. Reclaiming a despised response for positive use. I ended up using this book for my journal during the fall.

I bought a used Macomber Add-a-Harness loom in great condition in February for only $500, but I’ve yet to weave on it! I have an ambitious project planned for double weave rag rugs and have been measuring the warp for this project ever since February (with a long break in summer and fall). 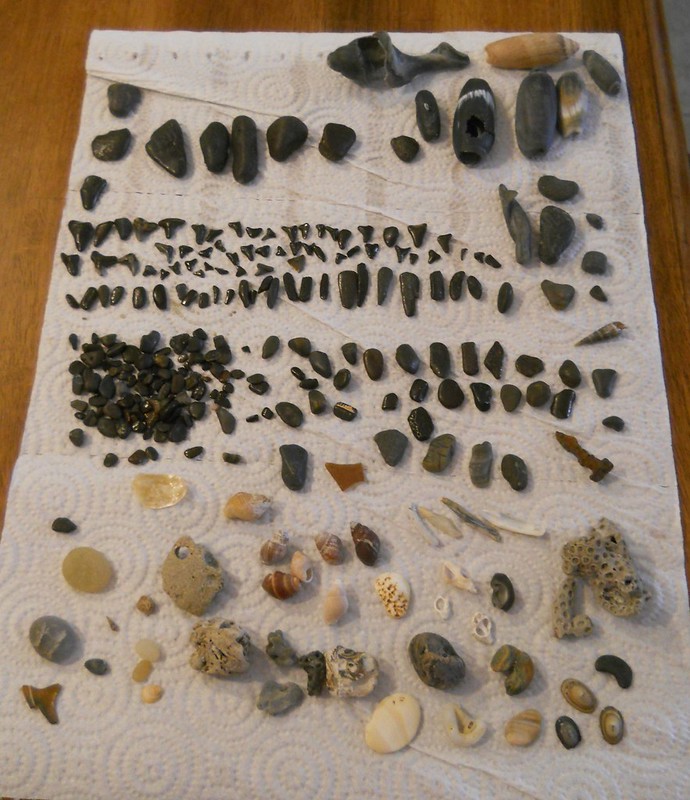 I enjoyed a trip to a cold and windy North Topsail Beach with a friend in mid-March, which included a lot of lying down in the sand searching for sharks’ teeth. I was sick as a dawg but the treasure hunting was irresistable. I want to go back and do it again. For some reason I didn’t write about it. I also created another altered book and wove a lovely scarf and went to a fun “Abstract-a-licious” workshop with Lyric Kinard. 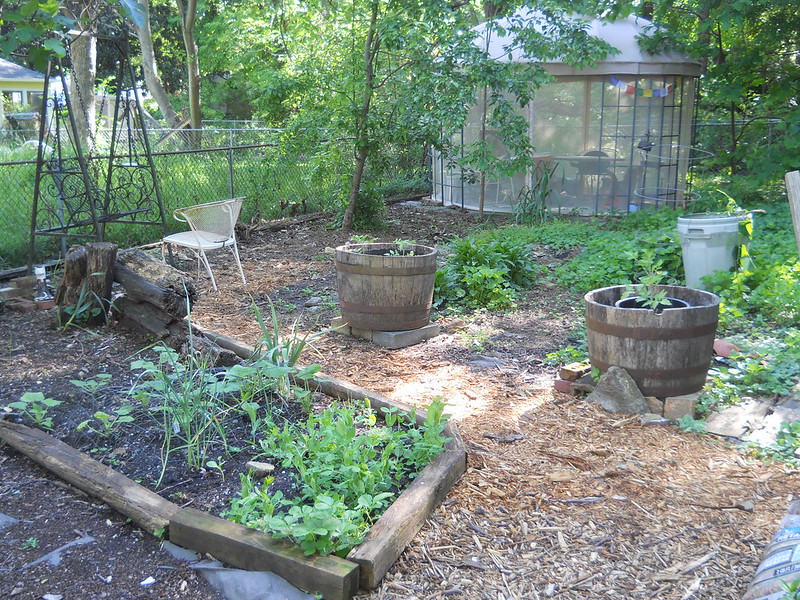 Back yard clean-up dominated April. In hindsight, I am amazed at how much we got done, and how awful it looks now. I had a lot of hopes for getting my food garden back up and running back then, hopes that were pretty much dashed by June. Sandy bought a lovely garden swing for my Christmas present, where I rested and listened to birdsong between bouts of yanking out vinca and honeysuckle and English ivy and wild yam and dreamed about tomatoes turning red on the vine. 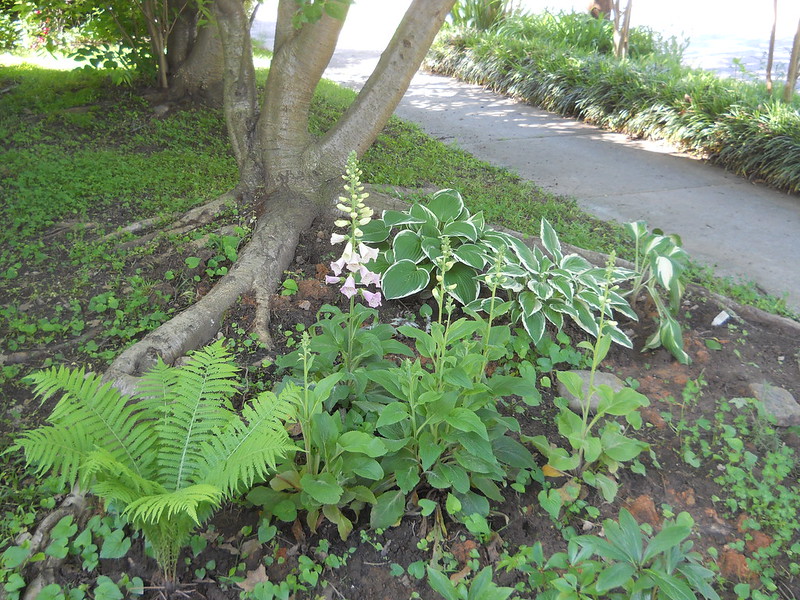 In May I moved some herbs and ferns and shade-loving plants to my small front yard, a garden that I plan to expand this year with more hostas and foxgloves and lenten roses. Sandy and I spent time at Lake Waccamaw where I played with natural and fiber-reactive dyes and we tried to rescue a sick duckling. I went kayaking on Lake Orange with Missy. I also said an amicable goodbye to Elements Gallery at the end of May. Being in an art co-op had been one of my dreams, but it turned out that I’m happier on my own. Great group of artists, though, and I feel privileged to have been a part of it. 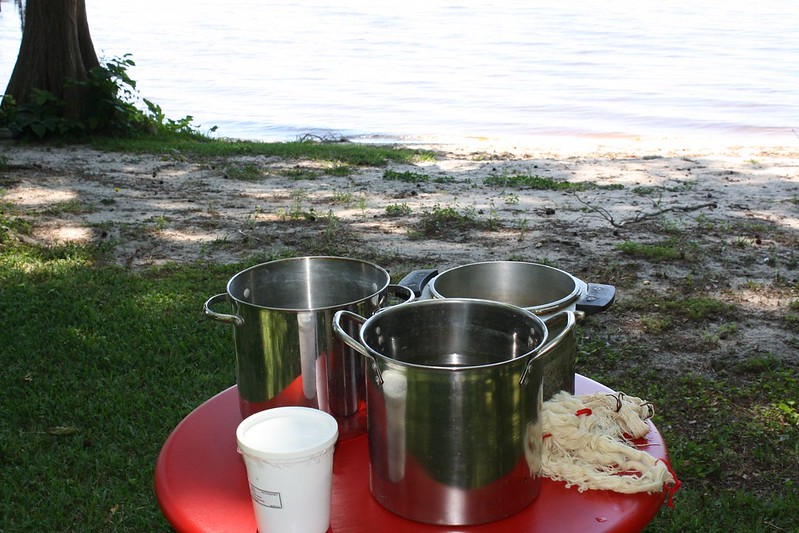 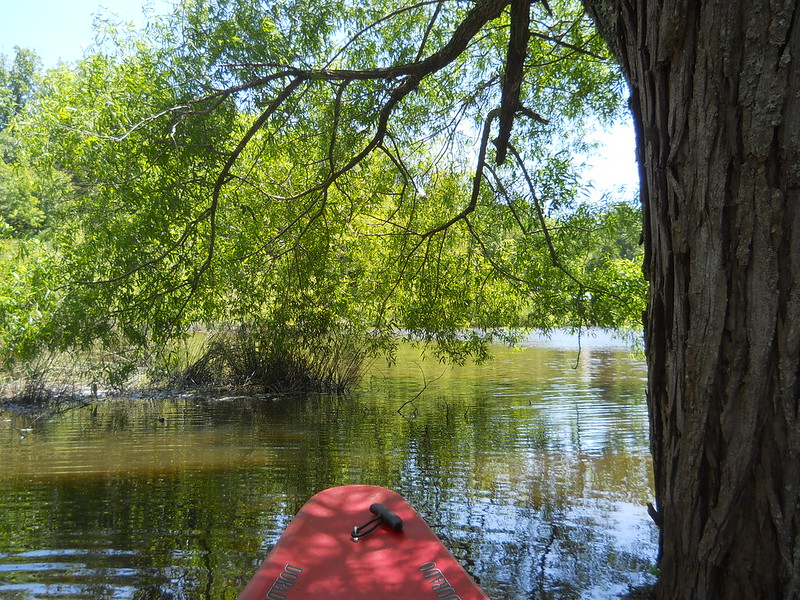 I had an incredibly full and satisfying summer.

An early June dyeing workshop with Dede Styles taught me a lot. I learned why a lot of my experimentation at Lake Waccamaw didn’t work out! Sandy and I had a beautiful weekend in Asheville. We LOVE Asheville and Black Mountain, and we stay in a cheap motel in Black Mountain to make it affordable. 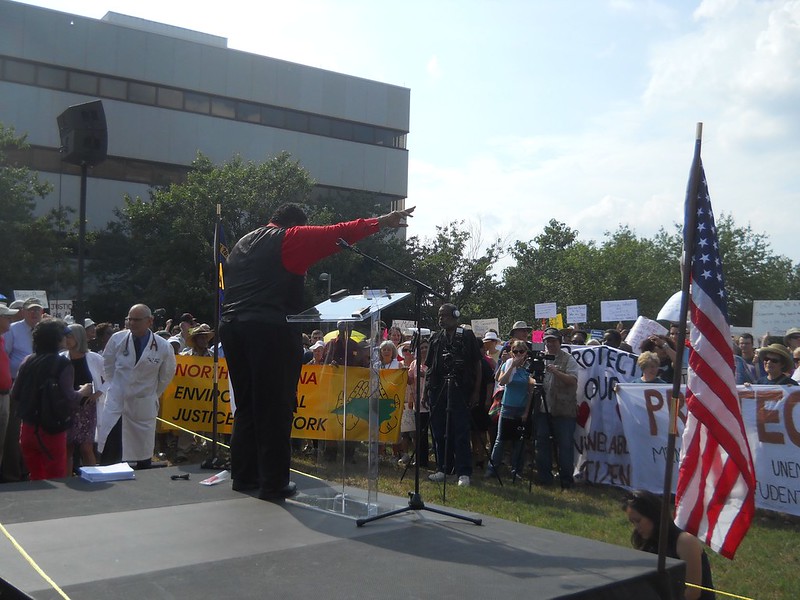 I went to my first Moral Monday rally in Raleigh with my friend Deb – and discovered that my sister and brother-in-law had been going to them regularly! My brother-in-law was one of the early 900+ non-violent demonstrators to be arrested. His trial is coming up soon. I am so proud of him. I joined a couple of my childhood friends at the beach where my friend, Jojo Hammond, played at a Wilmington music spot. My sister, brother-in-law, and grand nephew were involved in an tragic rescue attempt at Lake Waccamaw which left them reeling. I went back to the lake and spent more time with them. 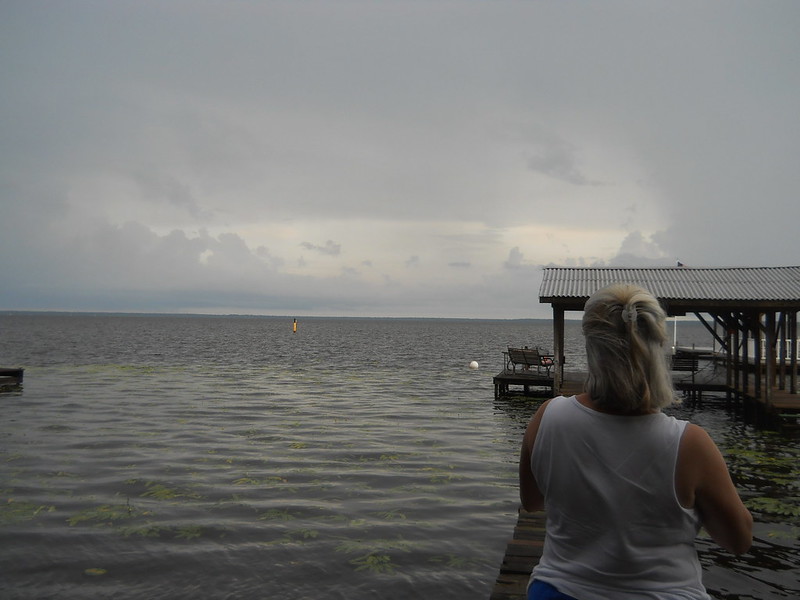 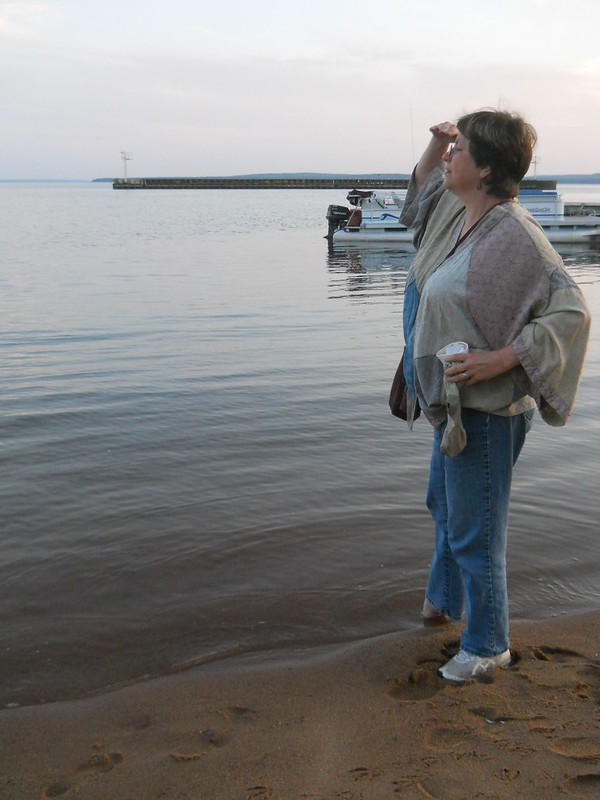 July was SO FULL. The absolute highlight of my year was my week-long workshop with my art goddess India Flint at Madeline Island School of the Arts in Lake Superior. It’s difficult to choose photos from this trip. I posted and photographed extensively and here is the link to the posts.

I went back to one more Moral Monday rally, and I feel that I am a part of an important and powerful movement. We shall see if we are successful when the next election rolls around, but it will be a tough road and may take a long time to correct the direction of our once-moderate state due to the gerrymandering and heavy spending by Tea Party Republicans and ALEC.

August was no less amazing. I was full of inspiration from my time with India and played a lot with bundling fabrics and eco-dyeing. I moved my studio into the front room of the house. I started the last class of my BA in Studio Art. But the really huge life event happened unexpectedly and suddenly when we went to Petsmart for some cat food late one evening and returned with these guys, who immediately set to wrecking the house, terrorizing the older cats, emptying our bank accounts, and wiggling into our hearts. 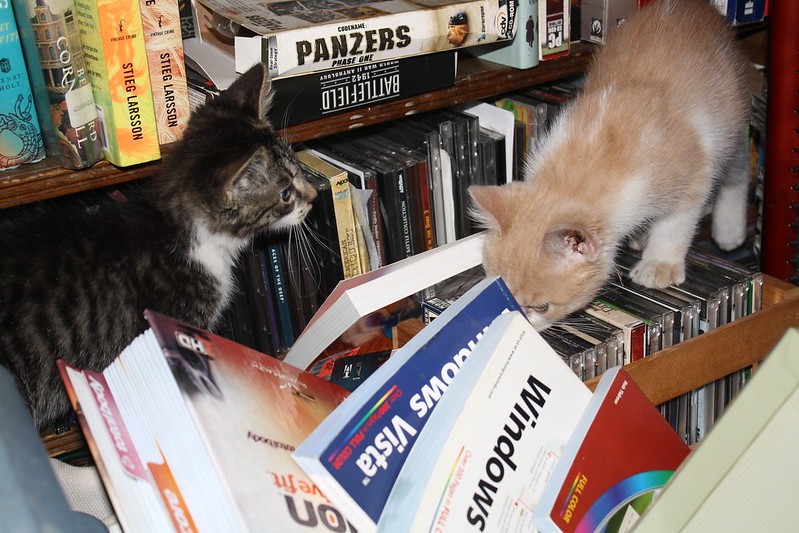 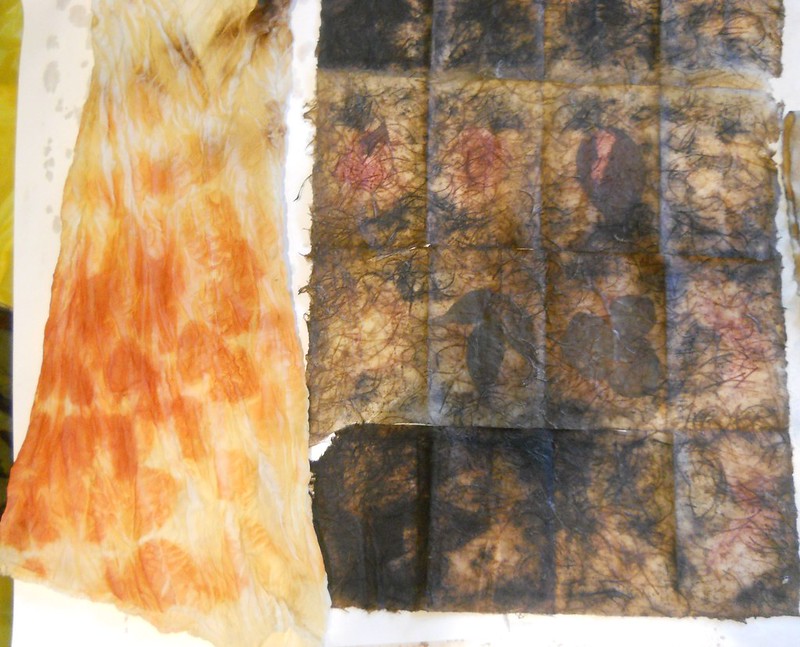 Even though I knew that I needed to spend all my spare time (that is, other than planning and going to my mother’s 90th birthday party) in my Ceramics III class, a class that I was woefully unprepared for, I was excited about dyeing with goldenrod and began an exciting multi-media project that involving dye plants from the farm and a ceramic box with relief maps. Dyeing and plant prints on paper inspired ceramic book covers.

Too busy in the ceramics studio and playing with the kittens to post much in October. All baskets have been converted from their original uses to being toys for the boys. 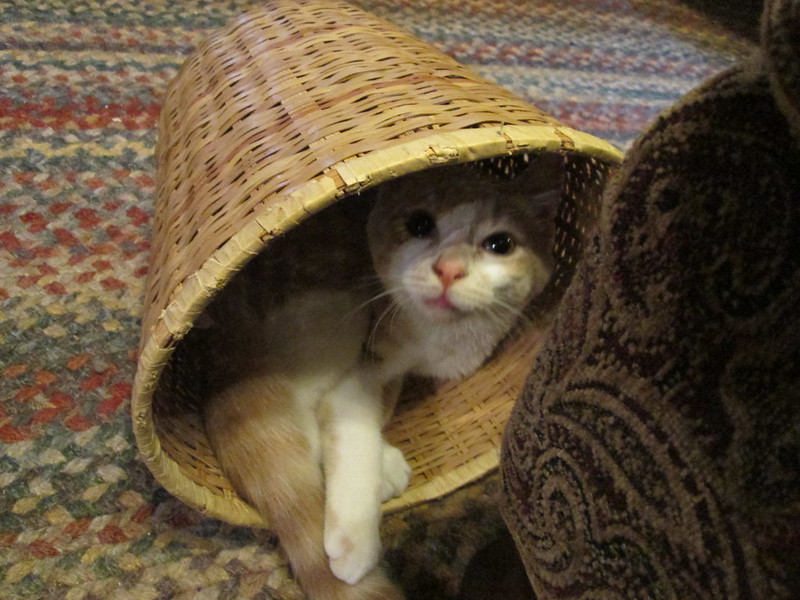 In November, suddenly, lots of blog posts. I decided to take a different, simpler tack and concentrate on posting two photos per day, one representing my activities or feelings that day, and one with some detail of my home, yard, or nearby walks. The idea is to get me blogging regularly again, keep me creative, keep me looking for the little things that I might take for granted.

My Uncle Wilton died. He was a good, kind man and will be missed by many.

The kittens were finally cleared for neutering after a couple of months of fighting ringworm. We took a long weekend trip by train to Washington DC for Sandy’s birthday, which included visiting several museums, the National Zoo, and Old Town Alexandria. Thanksgiving was at my sister’s house (little Clark Lake below is in front of her house), then at my mother’s house. I worked like crazy to get my art pieces done for my Ceramics class. 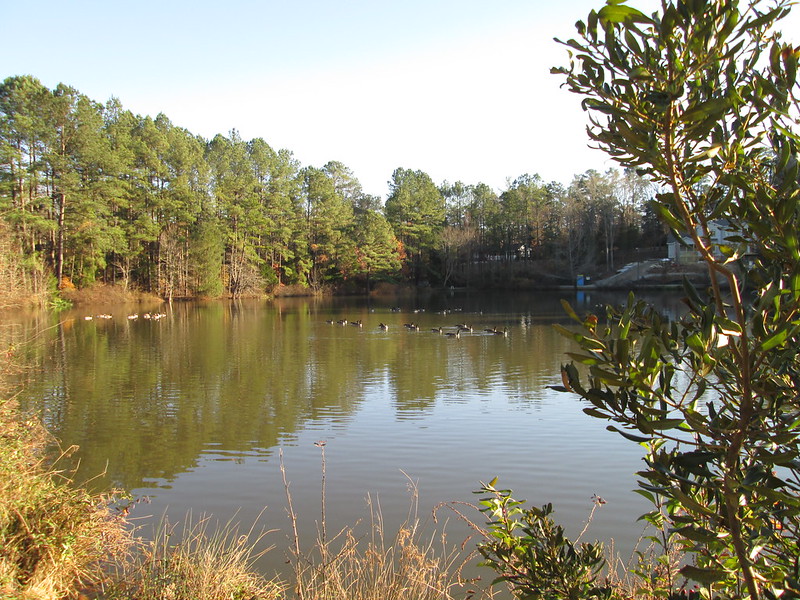 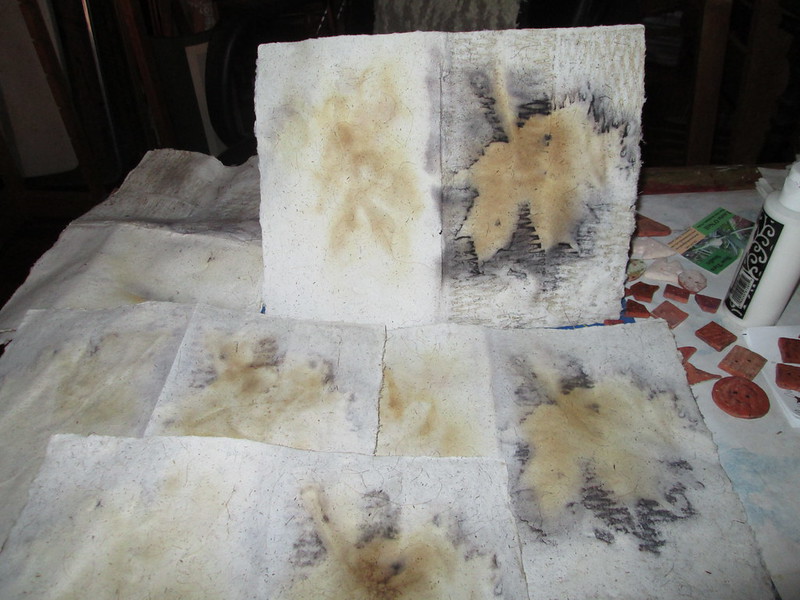 My Aunt Louise followed my Uncle Wilton a month later after 65 years of marriage. Somehow, I shrugged off my humbug and decorated for Christmas (well, more than usual, anyway). I pulled out my magic cloth that I began in Jude Hill’s Magic Diaries class over two years ago, before my hand surgery. I stitched until my hands needed a break, then I started pulling out pieces of my fabric stash to iron in preparation for weaving and more stitching. A quiet Christmas at my mother’s house was followed by a heavenly staycation in which I have mostly done absolutely nothing but read, play, watch Netflix, and clean out clutter. 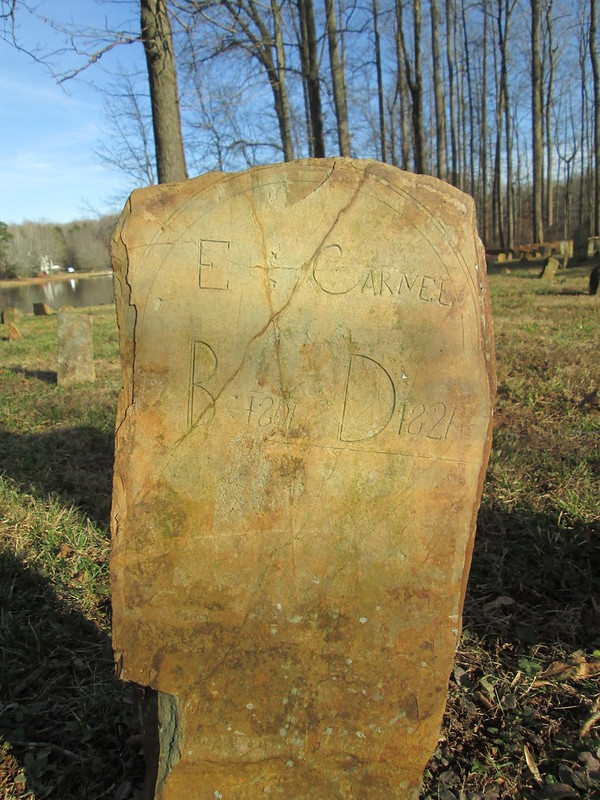 Oh, and I visited my friend Missy at Lake Orange again, where we explored an amazing old cemetery on its shore.

I nearly forgot to say that I graduated with my BA in Studio Art, a second degree that I began way back the early 80s. I made a B+ in my Ceramics III class, which left me with a 3.51 GPA. I don’t really feel that it has made me any more of an artist, although I did benefit from the classes that I took at UNCG. I identified as an artist before, so it doesn’t surprise me that I almost left this out. I do feel a huge weight lifted – another bullet point off the bucket list.

So I leave you with still another lake photo. Water has brought me a lot of joy and some sadness this year. These reflections were very good for me. I feel enthusiastic about the year ahead and wish you a very Happy 2014. 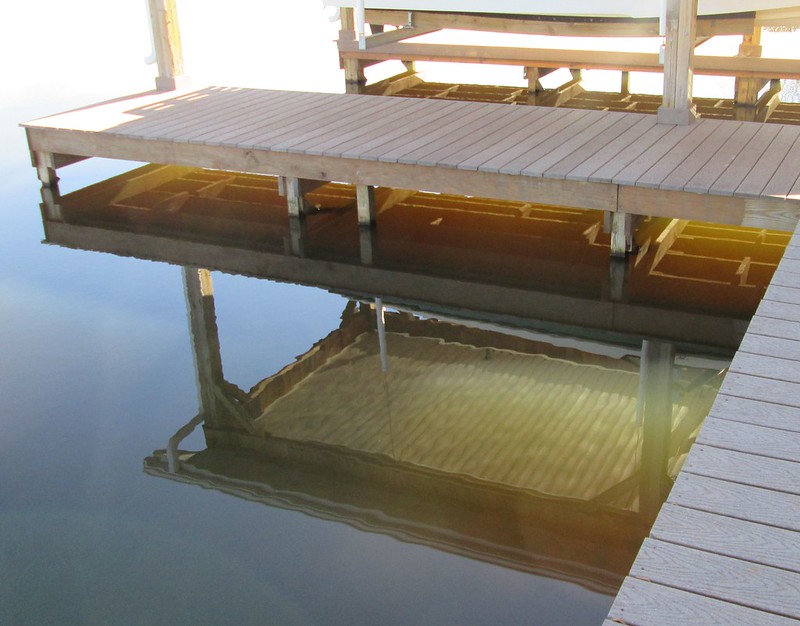