When we arrived at the Lake of Shadows Hotel in Buncrana, we stowed our stuff, took a walk downtown to look around, then headed back to the hotel to have dinner. It was one of the least expensive but most delicious dinners we had in Ireland! After eating the seafood salad below, I had a turkey and ham entree. I had to do a search on Google to identify the fruit on the dessert plate. First time I’ve ever tasted a gooseberry. So good!

An old man that had been sitting in the pub reached out and fingered my new wool cape with a frown as I passed him on my way out. “Scottish!” he snapped.

“I was told that it was woven in Ireland,” I said, miffed.

“That’s what they all say,” he smirked.

We rested in the room that night, and I went through all our shopping bags and tried to consolidate our things into the bags we would check and the bags we would carry on. We packed light for this trip and I packed an extra empty duffel bag in one of my bags anticipating that we would be buying some bulky woolen clothes. That turned out to be a good plan because we barely had enough room, but it all made it in there. Sandy was a shopping machine while we were in Ireland.

In the morning we took a walk on the beach, where to my delight this dog joined us for some play.

He liked to bark. 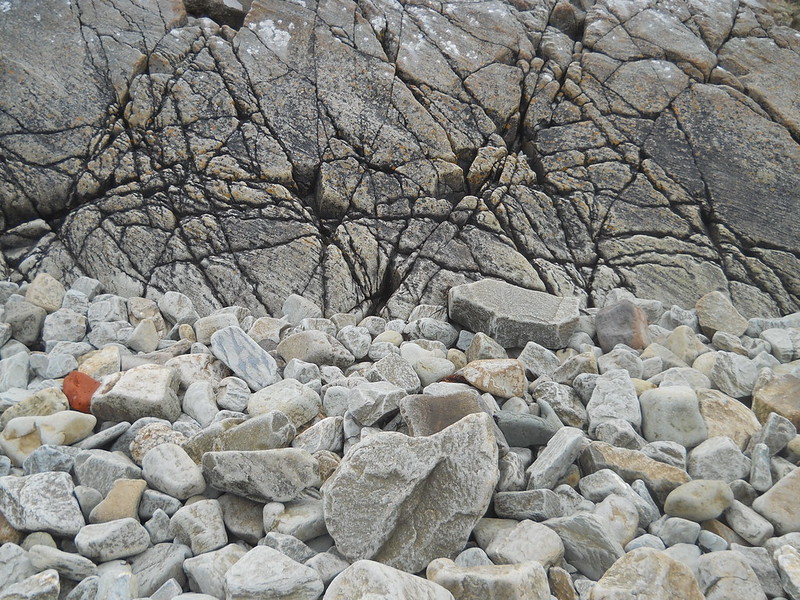 And play with sticks. 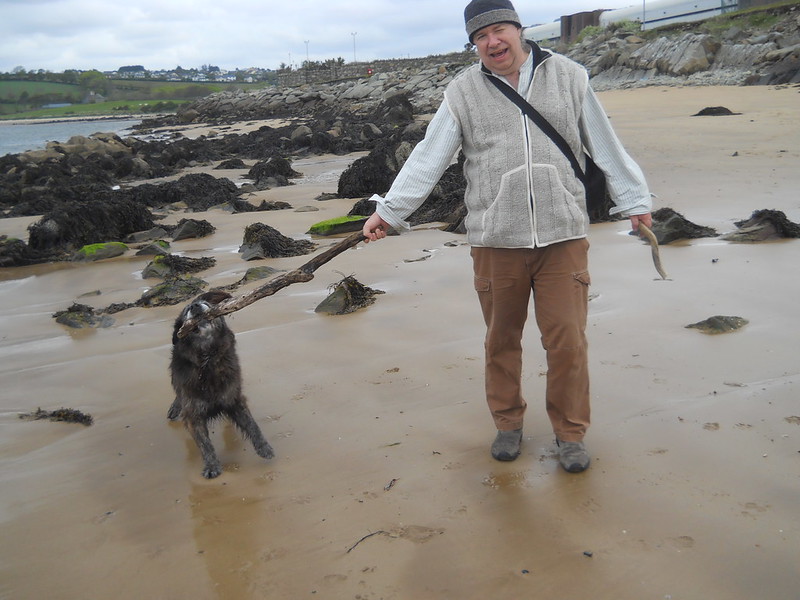