The best place on the bus tour was the Burren. I didn’t expect that. What a wonderful weird wild landscape, with its sad, usually pointless stone “famine walls,” that the starving Irish people were forced to build as a means of getting a little to eat from the British landowners during the Great Hunger. I’ve stopped calling it the Potato Famine, because even though a potato blight ruined the potato crop for three years, Ireland was actually an exporter of wheat during this time. The Irish starved because the English aristocracy simply did not care what happened to them, not because of the potato blight. A good photo of a famine wall is on this webpage about the stone walls of Ireland.

One of the most famous dolmen tombs is Poulnabrone in the Burren, from the neolithic era. The limestone formations and wildflowers growing in the winding trenches (like mini-slot canyons) were fascinating too. I could have played here for hours. 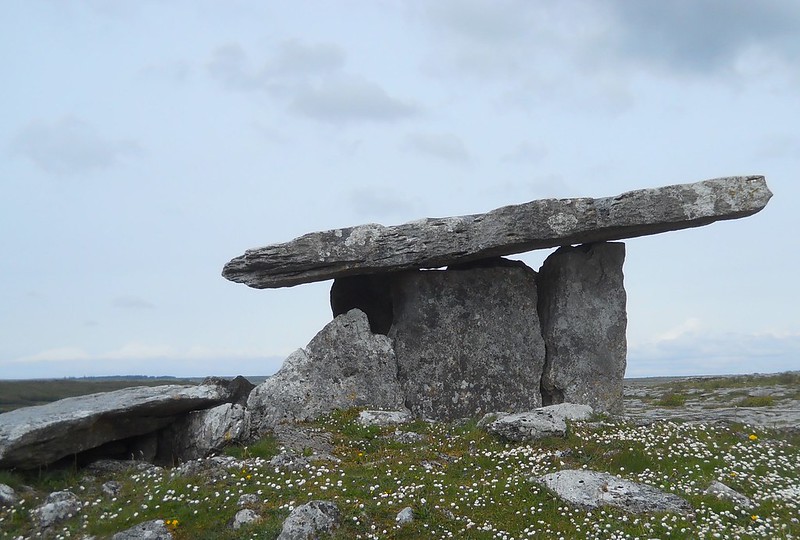 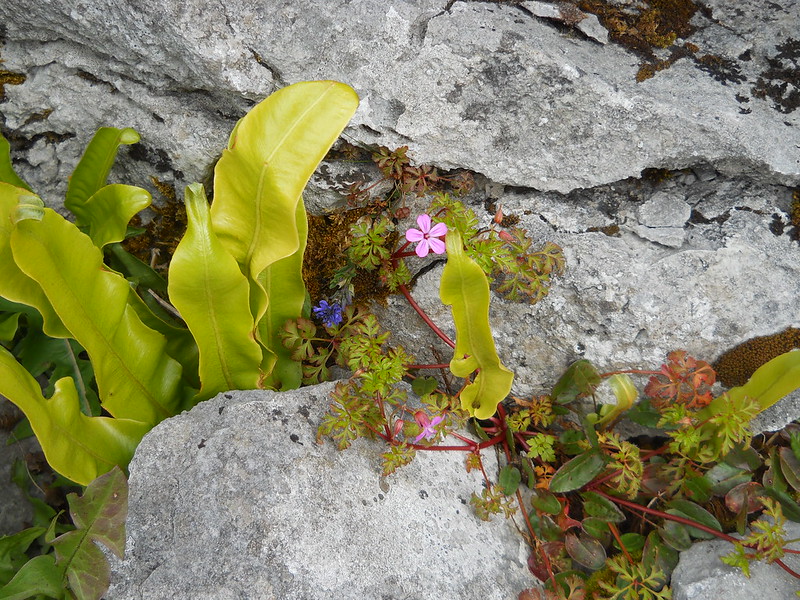 And of course, we visited the famous Cliffs of Moher. Although magnificent, I felt the experience suffered from the crowds of tourists and safeguards and large visitor’s center with its shops selling the usual tourist junk. It didn’t seem quite real to me after getting up close and personal with the cliffs in Ballydavid. 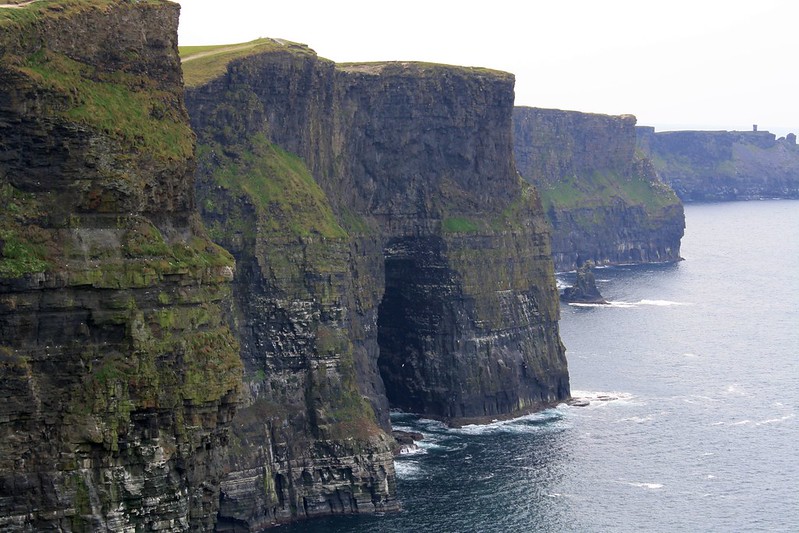 We stopped for a mid-afternoon lunch at a pub and then on the way back, stopped at the “baby cliffs” of Clare, which I found much more to my liking, because it was cliffs in the Burren. That’s a grand combination. 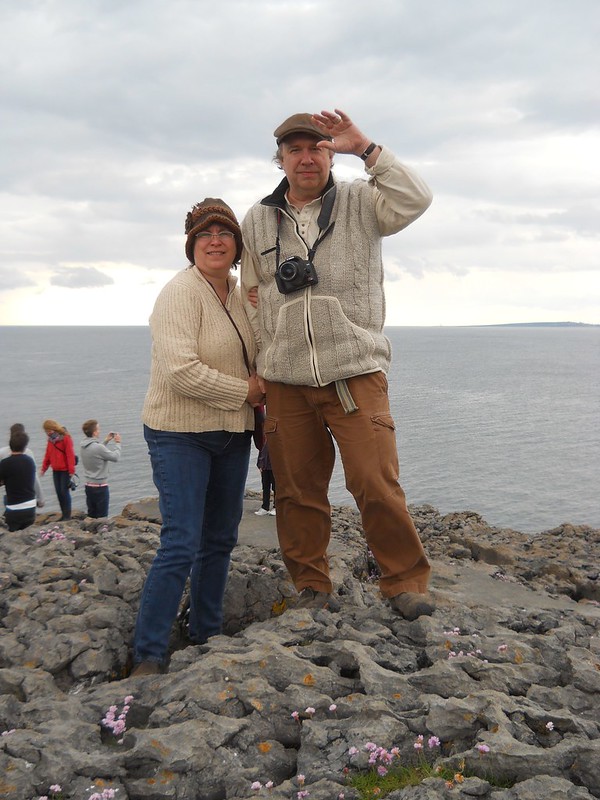