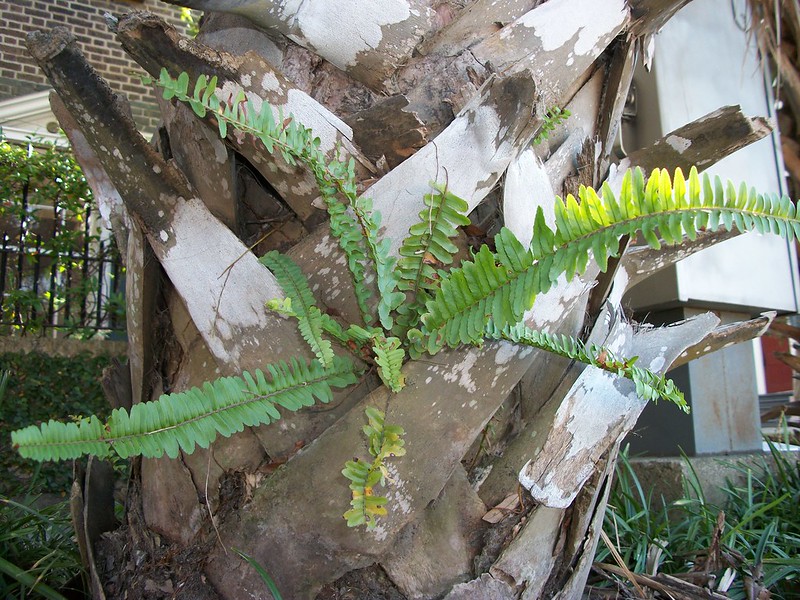 Lush greenness. I snagged some palmetto fronds that had been cut and left on the sidewalk, which I later cooked and blended into beautiful handmade paper.

Considering the photos I’ve seen of this area after the Civil War bombardment of the city, I’m amazed that there are any 18th century tombstones intact. I love old graveyards. 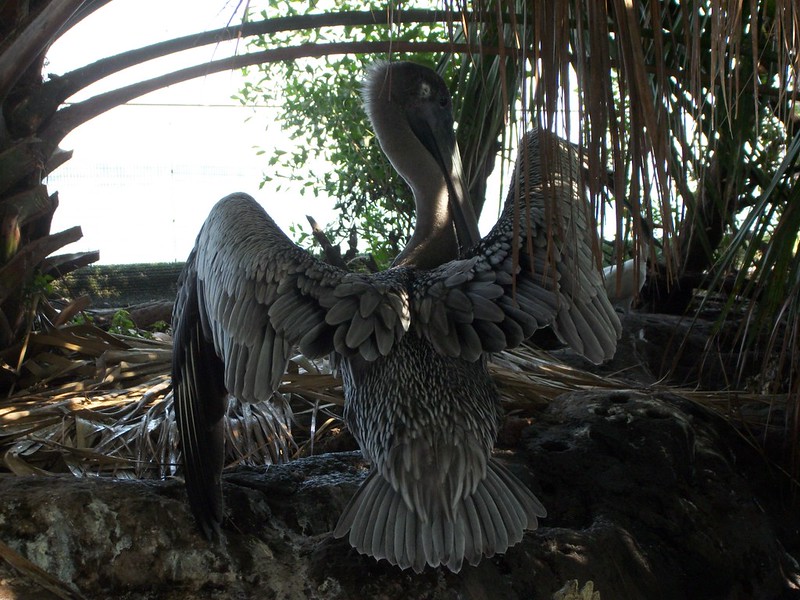 This aviary on a balcony in the South Carolina Aquarium was a home for turtles and injured or rehabilitating birds. They have an albino alligator inside the aquarium. I also got to pet a small alligator about two feet long, but didn’t get a photo because of all the children who ran up to us. 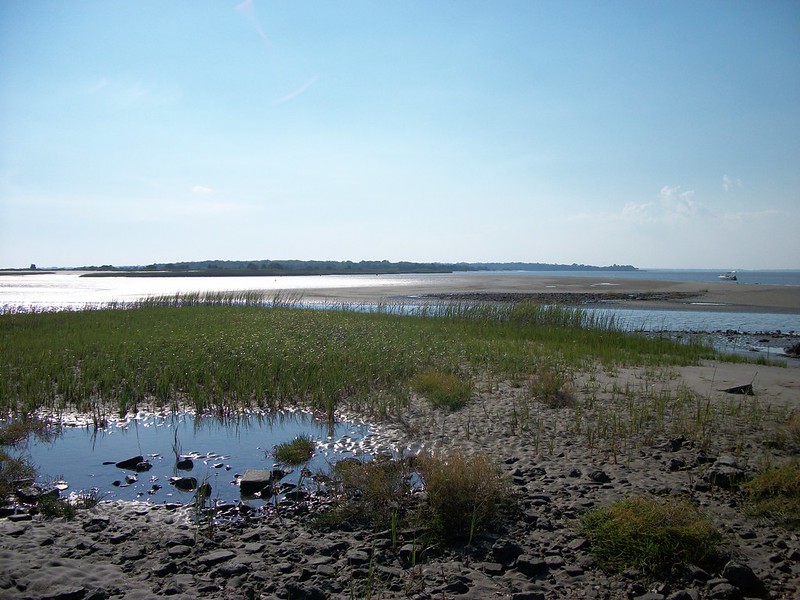 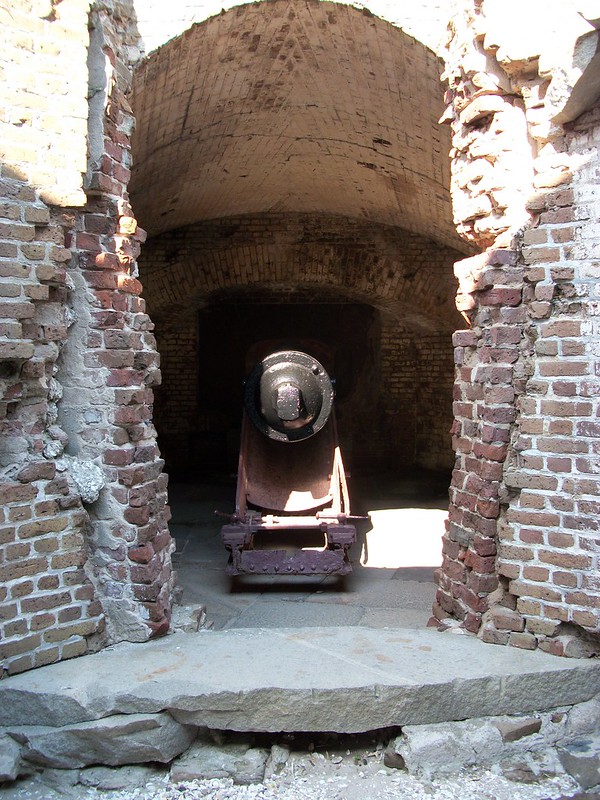 Of course we took a ferry out to Fort Sumter. My husband should have been a historian. He also toured the Yorktown while I sat in the park under a tree and gratefully read a book in the sea breeze. Fort Sumter was a very interesting place for lines and textures as well as history. 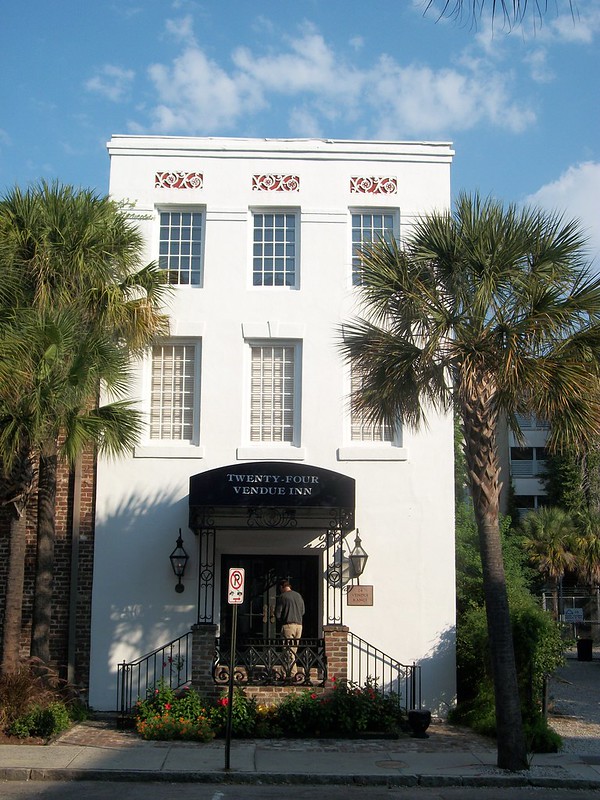 We stayed in the Vendue Inn in the French Quarter. I highly recommend it. We stayed in the least expensive room, and it was wonderful. You can’t get a room in the historic district for less than about $130 a night, and this one was $165 for Sunday and Monday nights. We had to stay in the Red Roof Inn in Mount Pleasant on Saturday night, and it was fine. But the Vendue was in walking distance of everything great about Charleston. We parked the car and didn’t need it again until we left. The waterfront park and pier was at the end of the street. After all the walking we did, the whirlpool bath was a blessing at the end of the day. I felt pampered and slept like a log.

I didn’t get to go into nearly as many galleries and antique stores as I would have liked. It will be a good excuse to go back. Especially during the next Charleston Friends of the Library sale. We got some amazing deals – filled two large tote bags with books for $30. One book I picked up is a weaving classic that sells for $35. I also have to go back because we never took a carriage ride.

Hank’s was highly recommended to us. Ummm, yeah. Maybe the best seafood meal I’ve ever had: Seafood a la Wando. The Vendue has a superb restaurant named the Library, but it was closed the two nights that we were there. Breakfast was wonderful though. 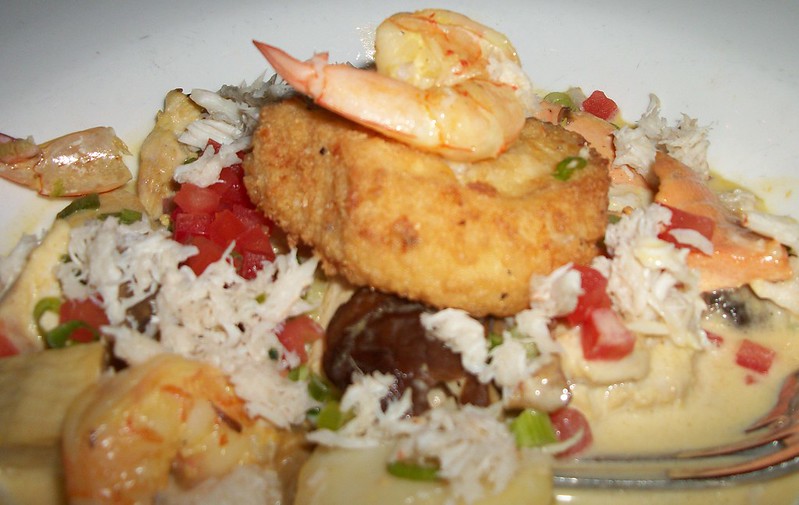