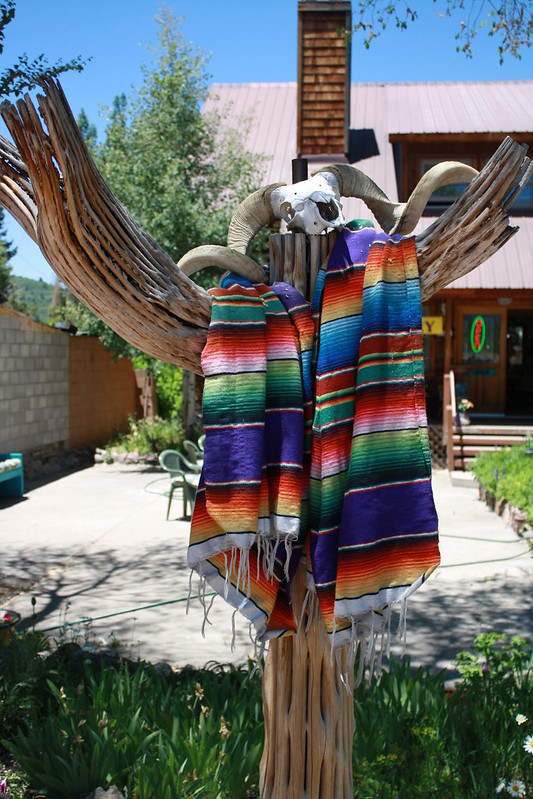 We decided that we wanted to take a different route when we left Pagosa Springs, so we swung southeast on Hwy 84 through a lil bit of New Mexico and then north to the Great Sand Dunes National Park. We stopped briefly in Chama, NM to browse through the local shops, which were worth the stop. After my rug-buying binge I was feeling a bit over-extended, otherwise I would have totally spent some money on some raven-inspired pottery there. 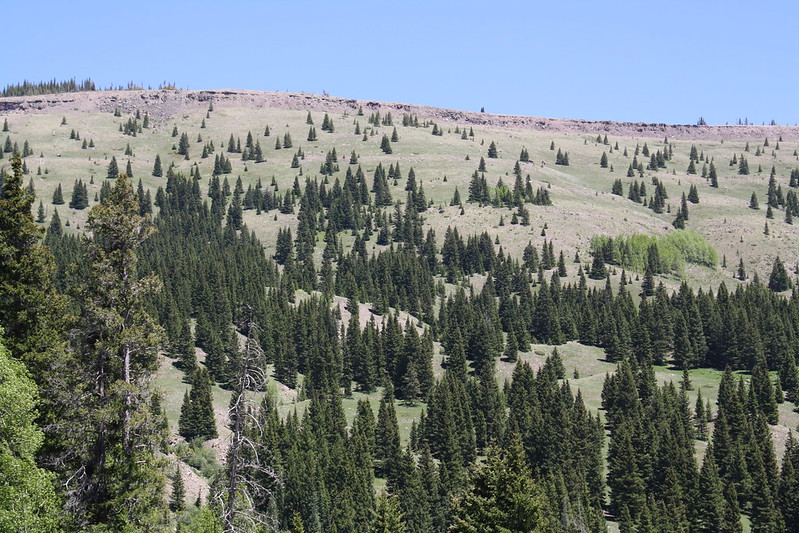 As Sandy drove us through this area, I was struck the most by the beautiful high meadows covered with wildflowers, and the groves of aspen interspersed with the tall pines. I tried to take photos from our moving car, but this wasn’t very successful.

Around the time we came down from the continental divide into the flat country again, Sandy saw an odd-looking cloud on the horizon. We found out later at Great Sand Dunes that a wildfire that began a couple of weeks earlier had flared back up, but firefighters were controlling it. We probably first noticed the smoke about 100 miles away. My camera was acting contrary and I wasn’t able to take photos for a while until I took the battery out and cleaned it. I’m glad that it began working in time for the Great Sand Dunes, but it made me realize again that traveling without a camera is better for experiencing the present moment. Except I kept saying, “Dammit, that would have made a great photo!”