There are so many great photos that we took in Mesa Verde National Park. Not only are the ancient cliff dwellings fascinating, but the entire park is beautiful. Even the large area that was burnt by a wildfire in 2003 is bursting with wildflowers. It is difficult to pick only a few photos to share here.

We stayed at the Far View Lodge in the middle of the park. Our room had a king-sized bed and a little balcony overlooking the park. We drove in very late the night before, when a bear and a large elk crossed the road in front of us. That morning, we saw either a small deer or an antelope near our balcony. It was standing in the shade so I couldn’t tell which. Later that day we saw wild horses, the descendants of escapees from the Ute Reservation next door from a couple of generations back, and I saw an elk resting in the trees across the road from one of our stops, quietly watching our tour group. 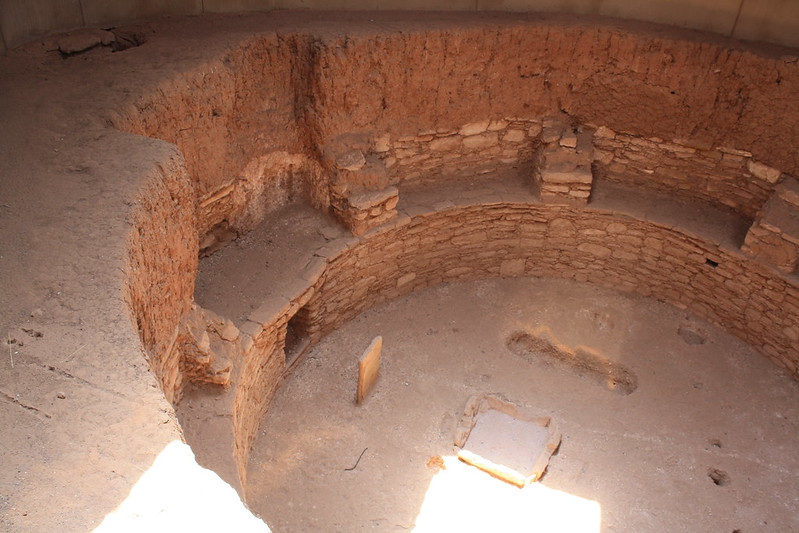 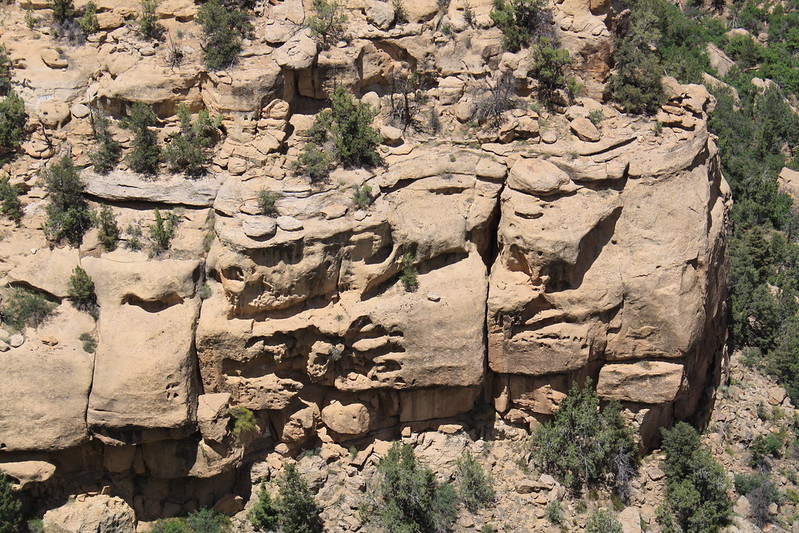 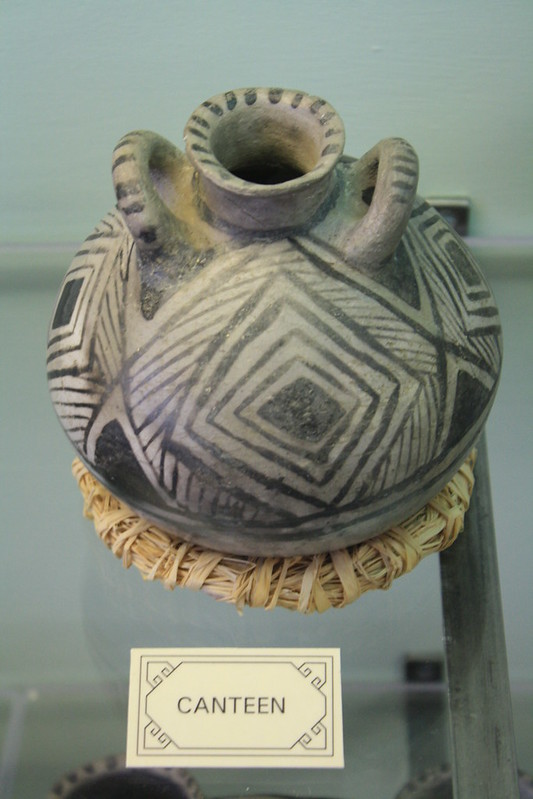 The ranger-led tour that we took that afternoon focused on three sites: Tower House, Tri-Cities (a site where three different cities were built and the kivas have been preserved under a shelter) and Cliff Palace, the most famous of the cliff dwellings. Mesa Verde is a UNESCO World Heritage Site because its 4000+ archeological sites include the best preserved sites, and its cliff dwellings are built into alcoves in the cliffs.

The cliffs are so tall and vertical that you have to marvel that anyone would choose to live there. The Anasazi originally lived on top of the mesas in pit houses around 600 A.D. and moved to the cliffs in the latter part of the period, around 1200-1300 A.D. One current opinion is that they may have moved to the cliffs to free up more land for farming on top of the mesa. When they left the area after a prolonged drought, they dispersed into the 19 Puebloan tribes of today. 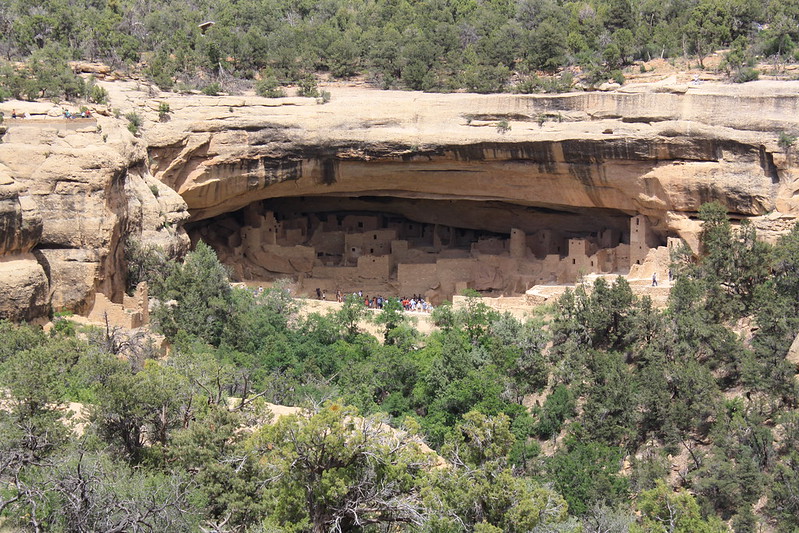 When we were told that people with heart problems shouldn’t go on the Cliff Palace tour and that the exit involved ascending 100 feet including ladders, Sandy and I huddled for a conference and decided to do it anyway. He was fine and my grip held and so we went on a tour of a lifetime through the Cliff Palace. 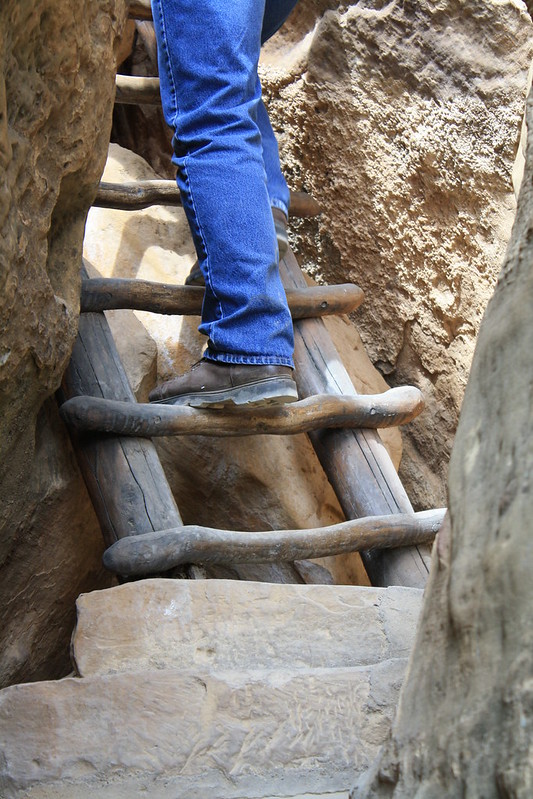 top to bottom: Inside the Palace, the original steps to the Palace, and EEP! the first ladder.