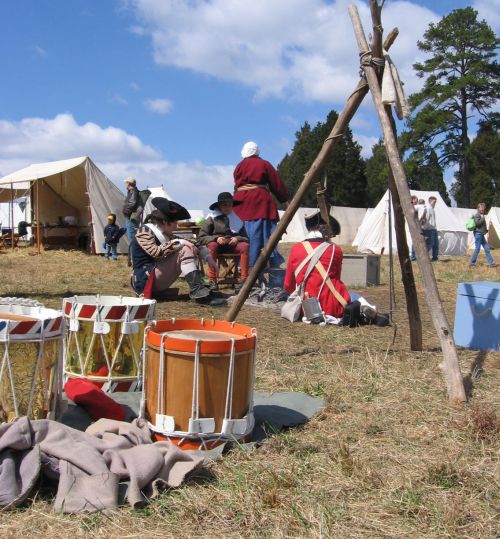 In the British camp 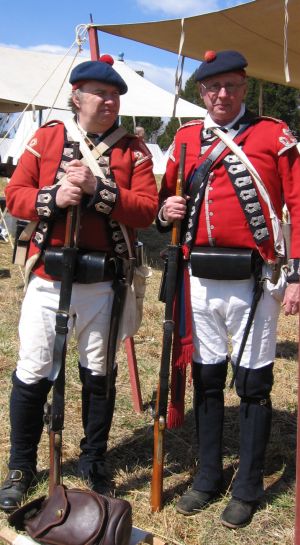 Today’s reenactment of the Battle of Guilford Courthouse was chilly and muddy but at least the rain stopped. This reenactment is notorious for its bad weather (for around here, anyway). I had forgotten that the event was moved to Price Park last year, which is a little dodgy for taking photos without cars and electrical lines in the background.

To the right is Sandy and Bill, the only two soldiers that showed up for the Forty-twa (42nd Highlanders Light Infantry, now known as the Black Watch). A few years ago, the regiment’s photo boasted around 14-15 soldiers. Hopefully it will regain its former glory.

Last night we took Bill out to Natty Greene’s and McCoul’s Pub for grub and Smithwick’s Irish Ale. I heard a rumour that some of the British re-enactors might go to Natty Greene’s tonight in full regalia. That will be interesting since there will be a St. Patrick’s festival going on.

I dressed out as a backcountry trader and took photos until my fingers froze. I was quite disappointed because some of the very best shots of the battle were out of focus when I downloaded them. There are no photos of me here, but a friend took one of me that I might get to post later. I looked like Calamity Jane from Deadwood. Guess that will be my next Halloween costume.

If you were there, Sandy was the British soldier who fell down first (clue: he always does) and lay on the ground for ten minutes before rejoining the line. This amused the Mystery Science Theater commentators beside me quite a bit, but I informed them that he was merely stunned and bravely re-entered the battle upon recovery.

What happened was that he had a problem with his musket and he was trying to fix it. He said that he got off two shots the whole time. 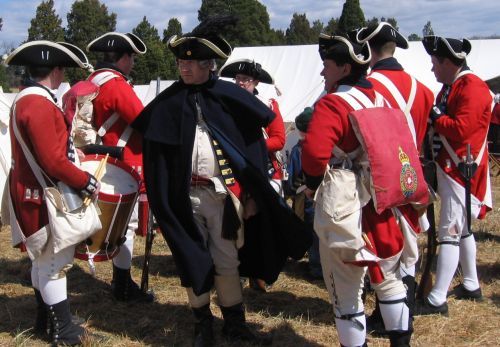 His Majesty’s troops fire upon them 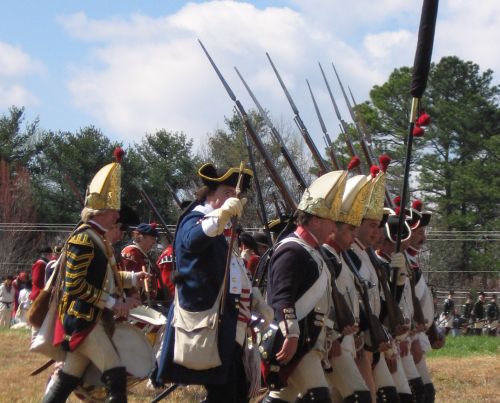 Hessians march with the British 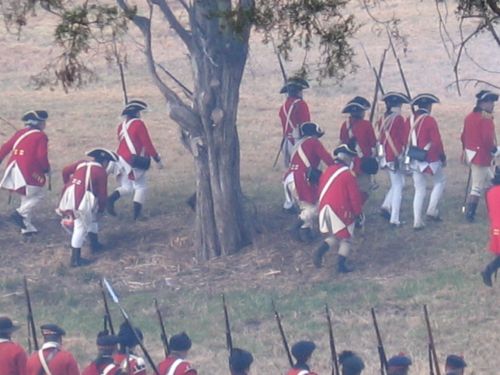 British advance and win the battle, but are weakened and will lose the war at Yorktown within the year